Soil is formed by a combination of factors like climate, weathering a parent rocks, living organisms over a period of time. Soil has six layers.

Although many of us live in a concrete jungle in the modern age, we still haven’t reached a generation that doesn’t know what soil is! That’s a good thing, because soil is as necessary for life as sunlight and water. Just as the atmosphere is compared to a blanket wrapped around the earth, the soil is a blanket for the earth’s surface. Sure, dirt may soil your clothes, but it’s also necessary for sustaining life on Earth. 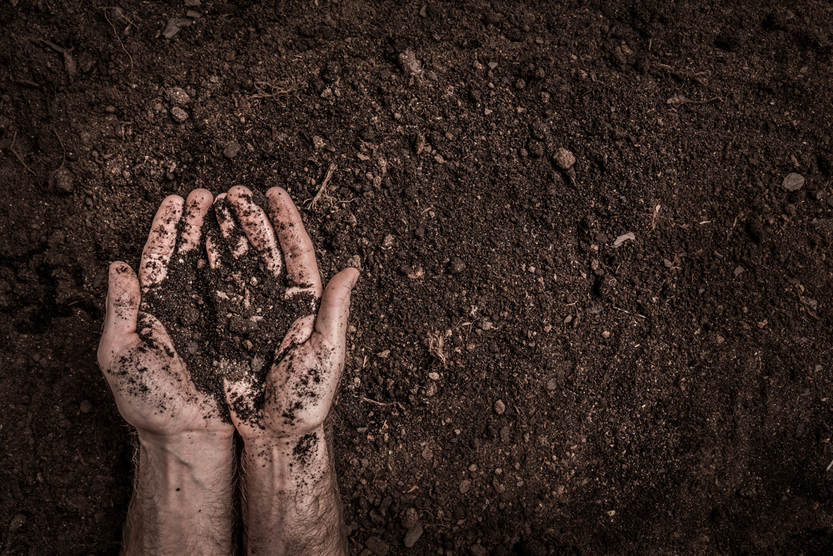 Soil is a natural mixture comprising minerals, organic substances, liquids and gases. Soil has a definite form, composition and structure, but this composition varies from place to place. Just like our flora and fauna, soil is also incredibly diverse. Furthermore, soil does not have a uniform depth around the world. Areas where bedrock is exposed, no soil exists, but in other areas, soil can go as deep as 10 meters below the surface.

The average composition of soil ingredients (in percentage)

How is soil formed?

Soil is the result of an interaction between many factors over an extended period of time. These factors are climate, living organisms, landscape positions and parent material.

Climate is a major factor in determining the composition of soil. Climate determines what kind of plant and animal life can sustain on and in a given ecosystem of soil. Climate influences soil temperature, chemical weathering and precipitation. Warm and moist climates, such as those found in the tropics, accelerate plant growth and organic matter production, as compared to cold climates where growth is slow and cautious. Rain causes leaching or draining of minerals, thereby transporting them deep into the soil. Climatic conditions like rain, freezing and thawing lead to the breakdown of parent rock material.

Parent material consists of minerals like volcanic ash, weathered rock, and sediments that are deposited by air and water, which get broken down to form soil. This explains the name ‘parent’, because these materials generate their offspring—the soil. Soil develops quickly if materials are more permeable to water, as compared to clay materials. 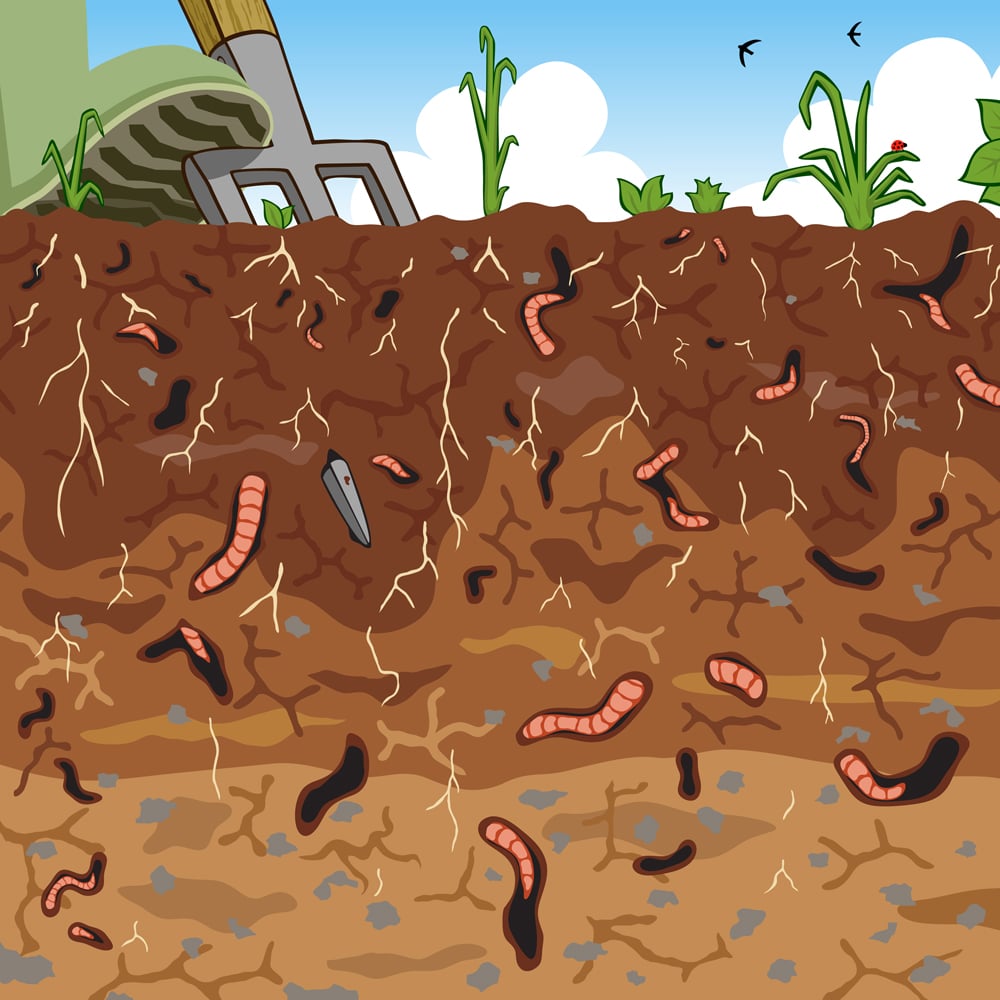 When leaves, twigs, bark or fruit fall from the plant, they turn into humus through natural decomposition. They are decomposed by microorganisms, fungi, bacteria and earthworms, which release nitrogen and sulphur that can be used by the plants. This makes the soil rich in nutrients. Humus and the plants’ roots help to hold the soil particles together, preventing erosion.

The steepness, shape and length of slopes will determine how water flows into or off the soil. If the slope is too steep, water starts flowing off the soil, eroding the top humus layer and making the soil less nutritious for plant growth. At higher elevations, soil can be too dry, while in wetter locations, there might not be a proper balance of soil oxygen, nutrients and water.

Time is responsible for horizon formation. The longer the soil is exposed to the soil-forming factors mentioned above, the greater will be the development and composition of the soil. Soils found on steep slopes and windy areas take more time to form, due to continuous erosion, as compared to older and more physically stable areas.

Layers of soil or soil horizons 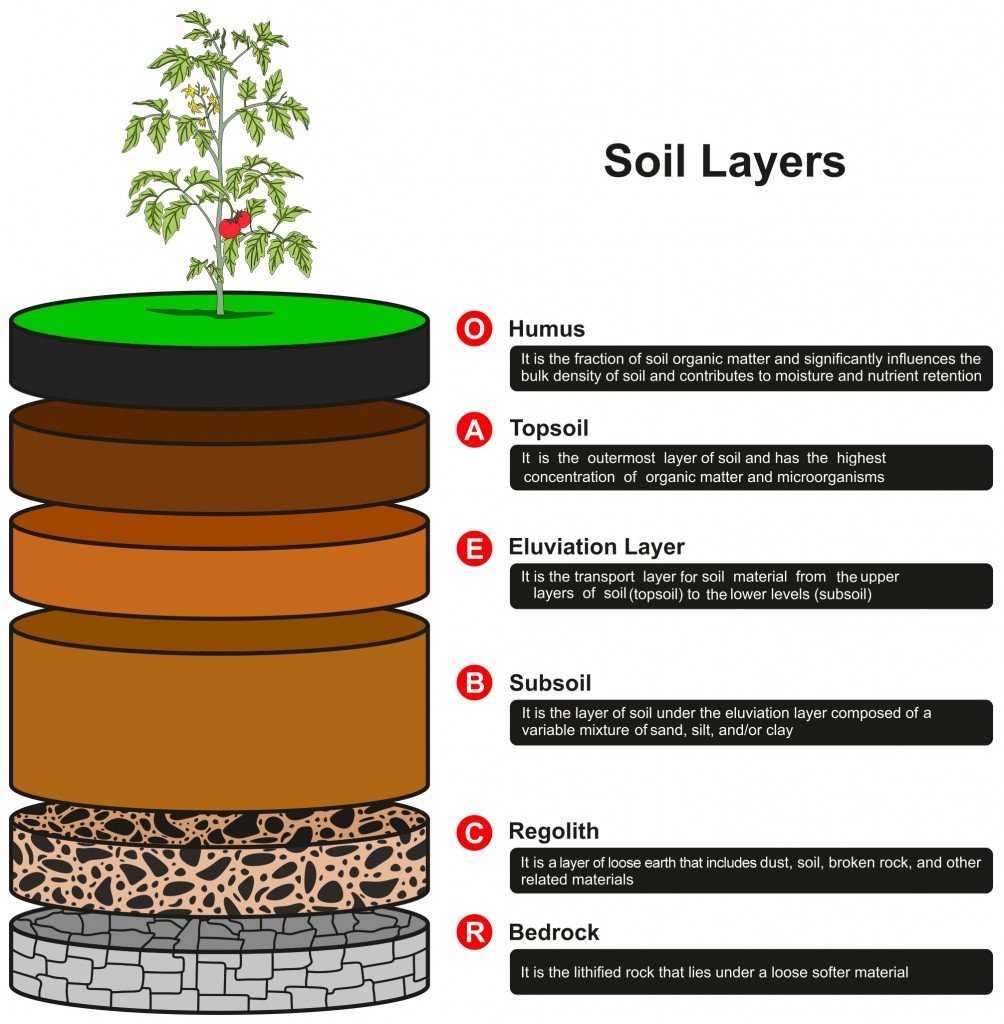 Who knew that soil could have so many layers to it! Helping plants grow is a critical responsibility, so it makes sense that there is some nuance and complexity in the “dirt” of the world. Just like wine, soil takes its time to form and reach its peak. After all, it’s not an easy job to literally hold everything together! 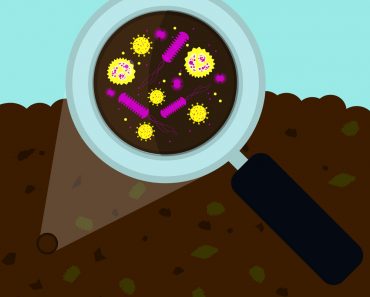