Did you know that oceans occupy 99% of the ‘living space’ on Earth! You may be wondering how that is possible, if the land on our planet supports billions of humans and countless other varieties of flora and fauna. It may become clear if you think about the vertical zone on land versus in the oceans. Animals and plants occupy only 100 meters of space above the ground and a few meters below the surface. Oceans, on the other hand, can host life in up to 13,000 meters of vertical space from the surface to its lowest depths! 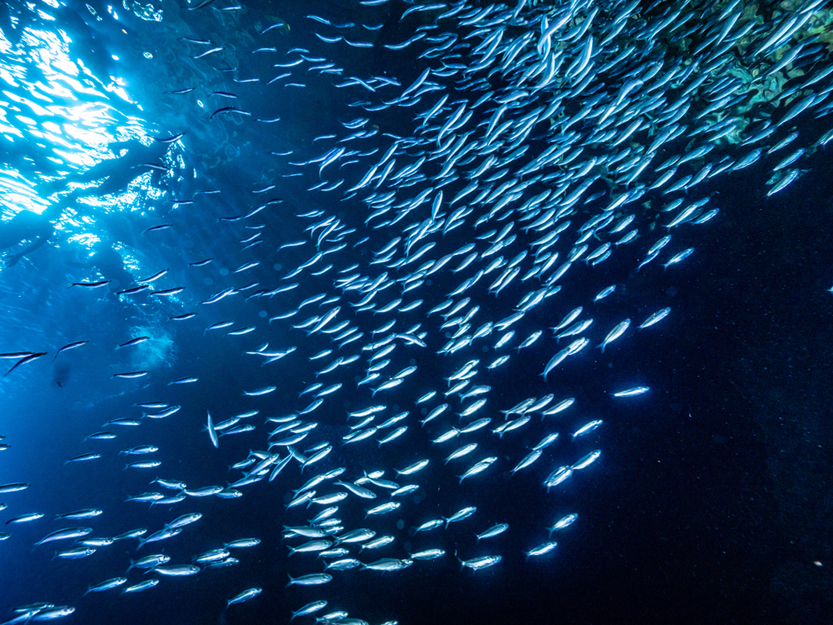 Oceans have a vertical zone of 13,000 meters in some areas! (Photo Credit : Willyam Bradberry/Shutterstock)

It should come as no surprise that our earth is called a blue planet. Oceans occupy more than 70% of Earth’s surface, making it a vital ecosystem for the sustenance of life. If you think that forests handle humanity’s nonsense in terms of our environmental footprint by fixing carbon, think again! Since the commencement of the Industrial Revolution, oceans have absorbed 50% of the carbon dioxide emissions, making it a critical carbon reservoir for the planet.

As terrestrial animals, how did humans come to understand the oceans?

Deep-sea diving has enabled humans to manually explore the ocean biome. With the further advancement of technology, we now have monitoring and remote sensing technologies and satellites that help us map the surface, structure and circulation of the ocean. This has led to an information explosion surrounding the oceanic ecosystem. 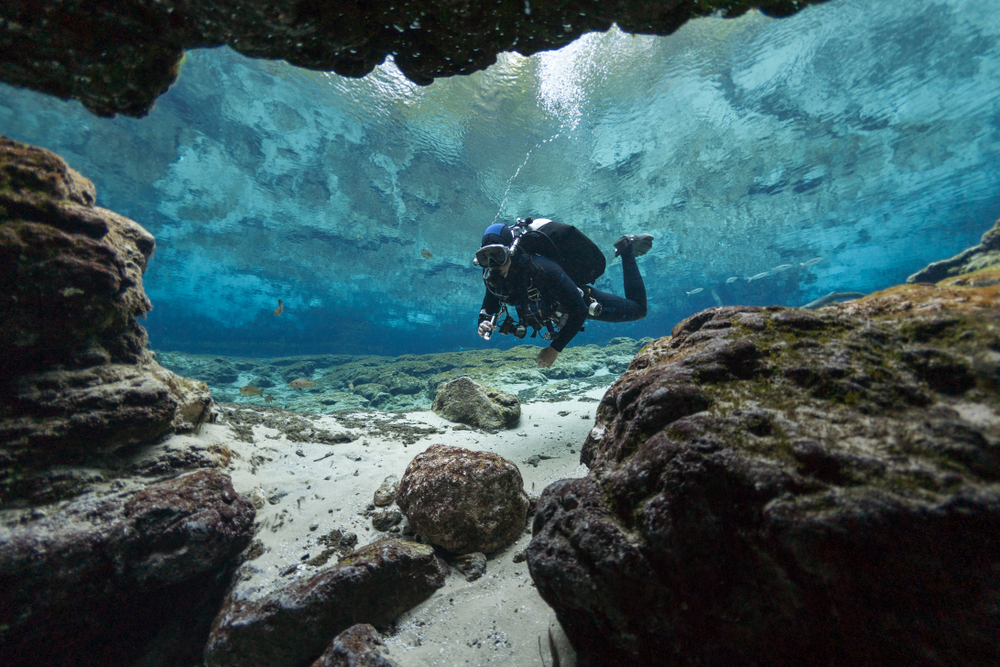 What is an ecosystem?

The oceanic ecosystem is distinguished by salt content in the water. The ocean ecosystem itself is divided into many zones, but the four major zones are intertidal, neritic, oceanic and abyssal.

The intertidal zone comprises the coastal areas, which support many other ecosystems. Beaches support reptiles, birds and crustaceans, whereas the tides provide refuge for stranded creatures, while also serving as a hunting ground for birds. These are some examples of how an ecosystem exhibits complex relationships and varying layers of interdependence. 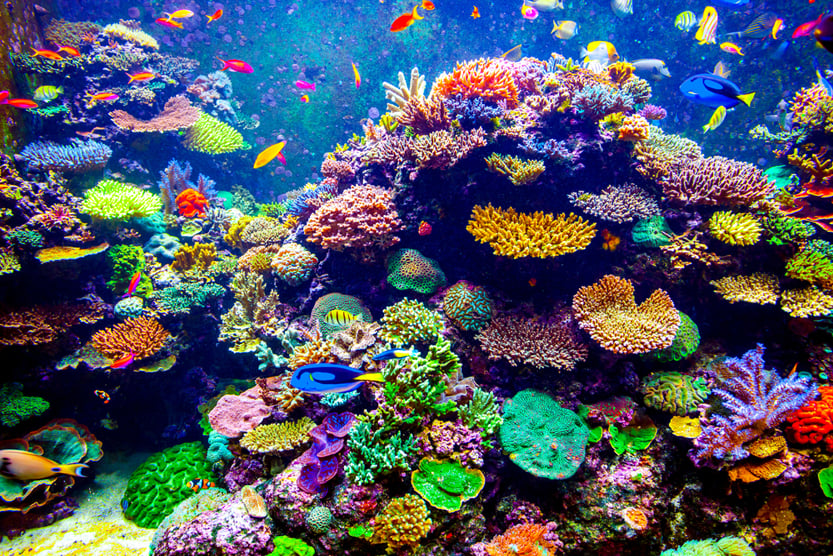 The neritic zone is the shallow area of the oceans.

The abyssal zone refers to the area right above the ocean floor where sunlight is negligible or completely nonexistent. The creatures in this ecosystem have adapted to life without the benefit of solar energy. They produce energy from the chemical reactions and minerals found in volcanic vents present on the ocean floor. The oceanic zone is the dominant region of the ocean that sits above the abyssal plains.

Corals have their own ecosystem and support many other marine creatures, including sharks, eels, crustaceans and myriad fish species.

How vital is the ocean ecosystem?

Oceans play a number of roles on our planet, including regulating the world climate, managing the carbon cycle, supplying living and non-living resources, and providing social (recreation) and economic (transportation) facilities.

The ocean transfers the heat from the equator to the poles, thereby helping to balance global climate. Ocean currents act as carriers of heat and water around the globe and function as heat basins to delay or mitigate climate change. The oceans also play a key role in the hydrologic cycle. The vast surface area of the oceans enables solar energy to evaporate huge amounts of water, which then condenses and falls as rain on land. 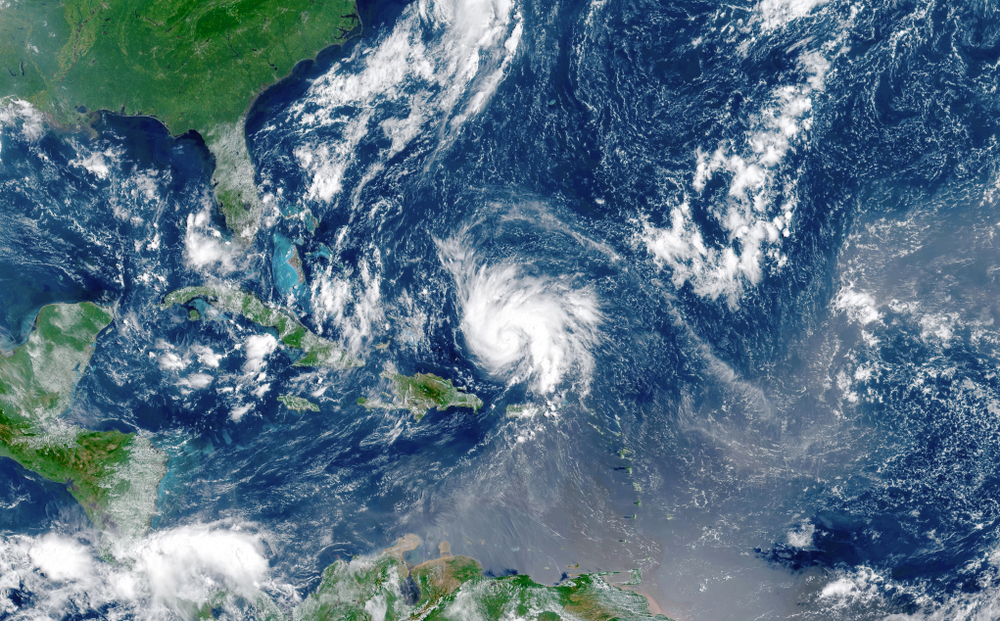 Oceans are an essential component of the carbon cycle, and are far more important than forests in their function as carbon sinks. Oceanic waters can hold 54 times more carbon than the atmosphere. Microalgae present in the ocean absorb most of the carbon dioxide, but what happens to all that carbon? The carbon in the ocean gets converted into carbonic acid, which leads to the creation of limestone, which can then be used by humans. Talk about turning every curse into a gift!

Oceans act as a natural carbon reservoir by storing the atmosphere’s carbon in the form of methane, coal, oil, natural gas and limestone. Mangroves and salt marshes also act as critical carbon sinks. Oceans are larger carbon sinks than forests, obviously, due to the fact that they occupy a majority of the Earth’s surface.

There has been a lot of news surrounding the recent Amazon fires, and many claims that the Amazon supplies 20% of the earth’s oxygen, but there is little truth behind the claim. The oxygen produced by all the forests on Earth, including the Amazon basin, results in very little residual oxygen. Most of the oxygen produced by the forests are consumed by the organisms and microorganisms within the forest, bringing the net oxygen supply to nearly zero. Oxygen produced by algae in the ocean, however, is barely used by marine creatures, resulting in large residues of oxygen in the atmosphere. In other words, we should be more worried about protecting our oceans when it comes to maintaining healthy oxygen levels on the planet!

Lobsters, squid, octopus, shrimp, tuna, oysters and countless other seafood delicacies come directly from the oceans. Approximately half of the human population lives in coastal areas and a billion people rely on seafood for their daily protein requirements. There is an emerging sector known as blue or marine biotechnology that uses the oceanic ecosystem to create innovative products for the health and cosmetic industries.

In terms of non-living resources, we know that tidal energy is a renewable source of energy (energy that doesn’t deplete when used) that can help us replace non-renewable sources, such as fossil fuels. Oceans also help the economy through the extraction of raw materials like oil and gas. Oceans provide employment to 3 million people working in ocean-dependent industries, including fisheries, oil drilling and transportation—and that is just in the United States!

76% of trade in the United States involves some form of sea travel. 90% of the European Union’s external trade and 40% internal trade is achieved through sea routes. Coral reefs and marshlands act as natural defenses. Coastal and marine tourism is a billion-dollar industry worldwide and is highly dependent on the oceanic ecosystem. Without the oceans, forget about planning any exotic cruises or diving trips. Ecotourism is also an emerging sector that uses its profits to further protect the ecosystem and mitigate any damage that occurs during travel.

Disruption of the ocean ecosystem

Global warming, rising sea levels, coral bleaching, ocean acidification, overfishing, and oil spills are all damaging the ocean ecosystem. More than 80% of marine pollution is caused by activities perpetrated on land. Ocean acidification makes it difficult for coral, shellfish and plankton to form shells and skeletal structures, increased levels of carbon dioxide are making it difficult for corals to thrive, and oil spills are polluting the oceans, killing marine creatures and sea birds alike. Climate change is not only affecting us, but also the oceans!

Damage to the ocean ecosystem can wreak havoc on global climatic conditions, cause severe redistributions of marine species, change sea levels and currents, increase storm frequency and severity, and lower the pH of the ocean, which increases ocean acidification and perpetuates global warming.

Not only does the ocean ecosystem suffer as a result, but also the global economy that depends on it. There will be increased costs for protecting coastal regions, changes in trading and shipping routes, and dips in the fishery industry, tourism and marine biotechnology, as well as the loss of livelihood and unemployment.

With all this in mind, it can reasonably be concluded that oceans directly affect human life, not just the climate and marine biodiversity. Wondering how it can directly affect you on a daily basis? Well, even though waterways are the cheapest form of transportation, you can expect an exorbitant increase in shipping charges in the coming years as the cost of doing business on the oceans continues to rise!