Species extinction is the complete extermination or dying of a species. The loss of a species impacts food chains, food webs, and pollination services.

It was a bright sunny morning 66 million years ago. The birds were chirping, small rodents were chasing one another through the jungles, and the dinosaurs were going on with their daily business. Little did these creatures know that their lives were about to be forever be changed.

On that day, a gigantic asteroid, roughly 7 miles across, crashed into Earth at a raging speed of 45,000 miles an hour. Its impact was so massive that it formed a crater over 100 miles wide and hurled huge volumes of debris into the atmosphere. However, it didn’t stop there. It destroyed habitats within a matter of days as wildfires raged within the proximal regions of the impact site, wiping out anything and everything in their path. Just like that, billions of organisms disappeared overnight, changing the entire course of history on this planet.

Fast forward a few million years to today, and believe it or not, the story remains the same. While dinosaurs went extinct because of natural catastrophic processes, more and more species are going extinct right now because of humans. More alarming is that the extinction rates are far higher today than during any other period in history.

Unfortunately, we wait far too long until a species is nearly extinct, or after it’s gone, to recognize its importance. By then, it’s too late. So how do species go extinct, and how can we stop it?

How many species are there on earth? 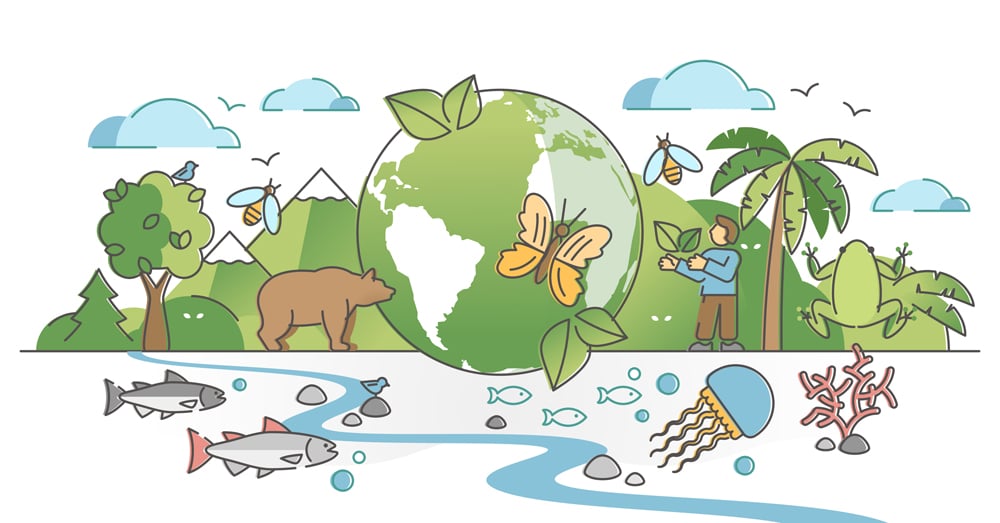 Can you guess how many species there are on our planet? (Photo Credit : VectorMine/Shutterstock)

Before we look at the what and how of extinction, let’s first understand how many species there are on the planet. Since Carl Linnaeus classified life on Earth in 1735, around 1.25 million species (~1 million in terrestrial ecosystems and 250,000 in oceans) have been discovered and catalogued. However, according to recent biodiversity estimates, there are over 8.7 million eukaryotic species (plus or minus 1.3 million species) on Earth. This finding means that at least 91% of marine species and 86% of terrestrial species have yet to be discovered!

What is Extinction and How Does it Occur?

Extinction occurs when there are no longer any living individuals of a particular species anywhere in the world. It is the complete wipeout of a species. Extinction can be local (extirpation) or global.

In local extinction, species are no longer found in specific geographic regions, although they may exist in other regions of the world. The good news is that such species can be reintroduced into habitats from where they have been extirpated (e.g., the reintroduction of wolves in Europe). In contrast, global extinction is when the species is completely wiped out from planet earth (e.g., the dodo bird).

A species can be driven to extinction by environmental factors, such as climate change, or evolutionary changes (inbreeding), or by humans (i.e., human-induced fragmentation and habitat loss). In the past, climate change led to several mass extinctions including the Ordovician-Silurian extinction 444 million years ago, while volcanic activities also caused large-scale extinctions such as during the Late Devonian extinction 380 million years ago. Similarly, an asteroid wiped out dinosaurs from our planet during the last mass extinction. Today, however, the story is very different. Most species are not being wiped out by environmental factors, but are being pushed into extinction by humans. 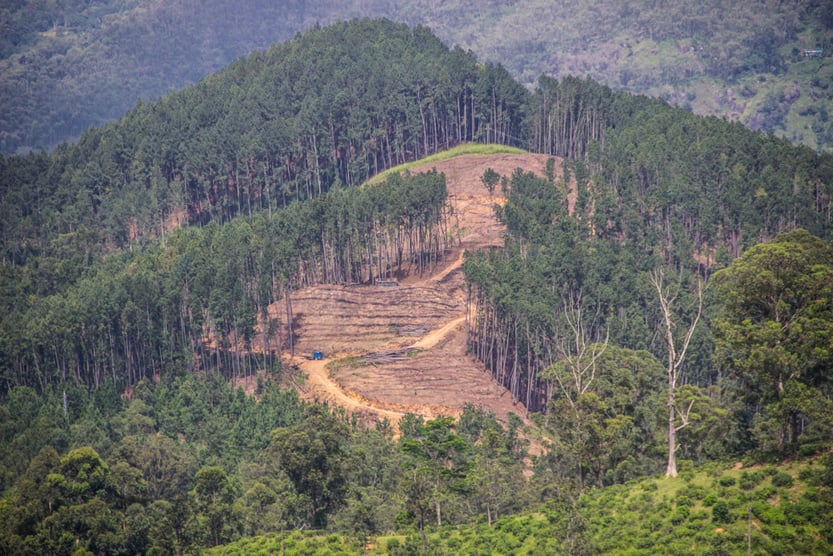 Among the many threats to other species, habitat loss caused by human activity (including increasing populations and the clearance of land for agriculture and settlements) is the number one driver of species extinction. Even when habitats are not completely lost, they may be altered to a great extent, making them uninhabitable for wild animals. Slowly and steadily, wild animals disappear one by one, until none are left.

Habitat loss, however, is just one driver of extinction. Add to this climate change, the spread of invasive species and disease, pollution, hunting, poaching, and wildlife trade, and we have a deadly, multi-headed problem on our hands. Although some species can withstand these threats, countless others cannot, and because of this, they are more susceptible to becoming extinct. 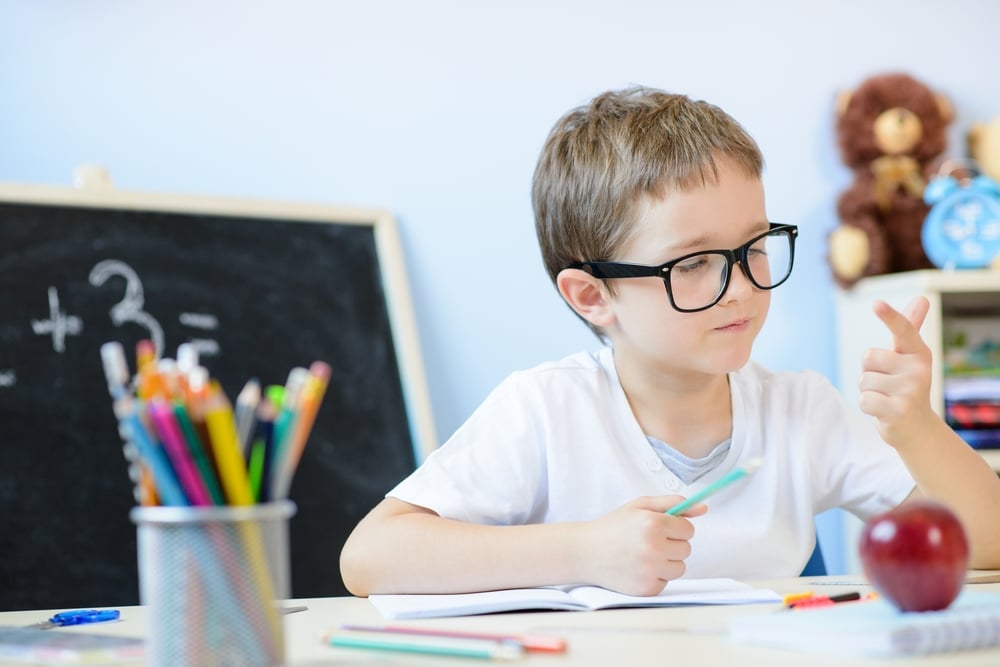 Do you think it will ever be possible for humans to count the total number of species on earth? (Photo Credit : Daniel Jedzura/Shutterstock)

Unfortunately, it’s hard to identify all the species that are threatened by extinction. This is largely because we don’t know for sure how many species there are to begin with! Second, the International Union for Conservation of Nature (IUCN) has so far been able to assess the level of threat for only 106,000 species of the 1.5 million animal species and 300,000 plant species that scientists have thus far classified. However, according to them, 26,500 species are threatened by extinction, composed of 40% amphibians, 33% coral, 25% mammals, and 14% birds. But wait, that’s not all. Recent assessments suggest that humans are driving 1 million species into extinction and that extinction rates today, are 1,000 times higher than pre-historic times; in the future, it is likely to be 10,000 times higher.

Now, you may be wondering, “Why do scientists sound so many alarms when a species goes extinct?” After all, there are millions of other species still left on our planet. Well, quite simply, every species matters.

What really happens when a species goes extinct?

The disappearance of even a single species can cause ripples across the world. Just like in a game of Jenga, the removal of one piece can cause the entire structure to come crashing down. Life on Earth works in much the same manner. Remove one organism, and entire ecosystems might collapse.

One of the most adverse effects of species extinction is the disruption of food chains and webs. A food chain is a linear representation of organisms that eat one another. A food web combines many food chains together and represents many ways by which an organism can eat and be eaten. Naturally, if one species goes extinct, the entire network is disrupted. 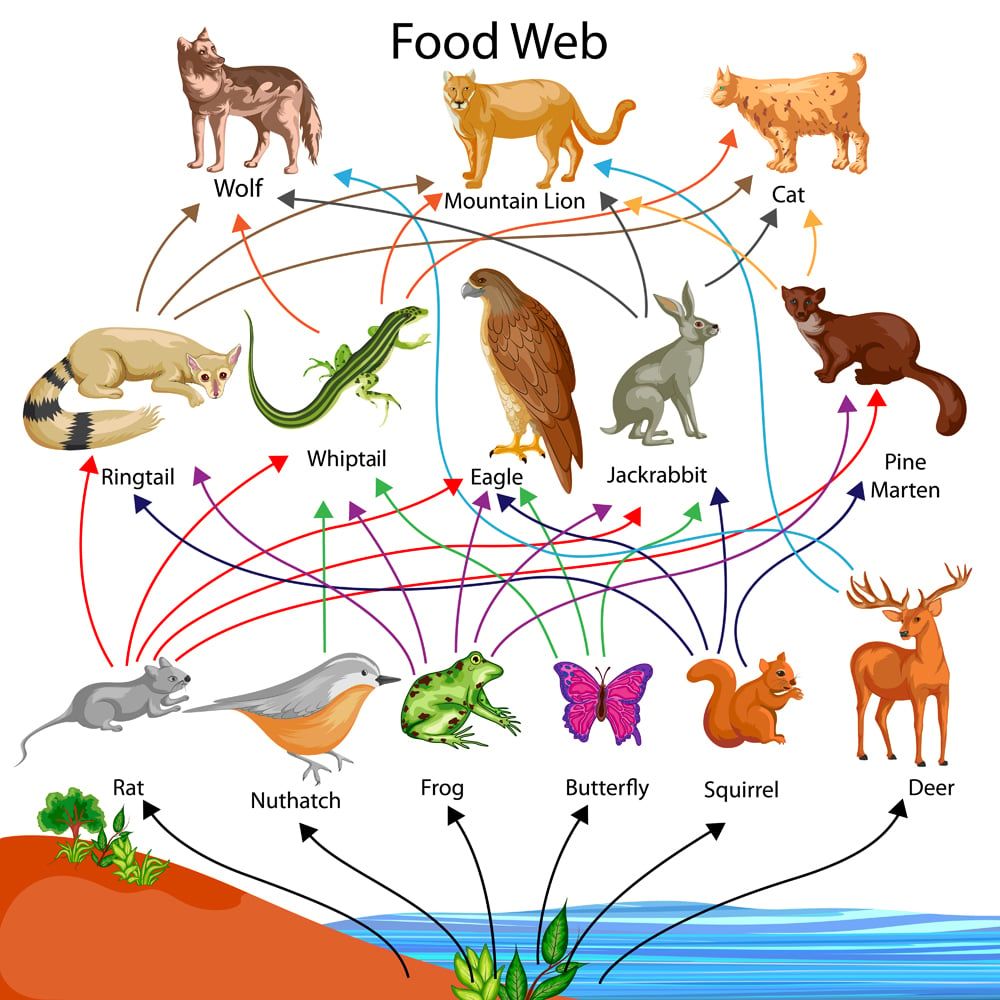 How many species would be impacted if the frog went extinct? (Photo Credit : Vecton/Shutterstock)

For example, let’s consider what happened with grey wolves in the United States. Before they went locally extinct, wolves kept prey populations (e.g., deer, moose, elk) in check, but their disappearance created a ripple effect. Prey populations exploded, which wiped out many plants, which threatened bird populations, and when bird populations reduced, insect populations increased. Do you see how the removal of one species creates a domino effect throughout an entire ecosystem?

Another key service that is hit when a species goes extinct is pollination. As you know, 75% of plants and crops are pollinated by bees, birds, and insects. However, the numbers of pollinators in many countries, particularly bees, are declining rapidly.The complete wipeout of such pollinators threatens many plants. For instance, over 200 plant species depend on flying foxes for pollination, and these plants produce over 400 different products, many of which are valuable to humans. 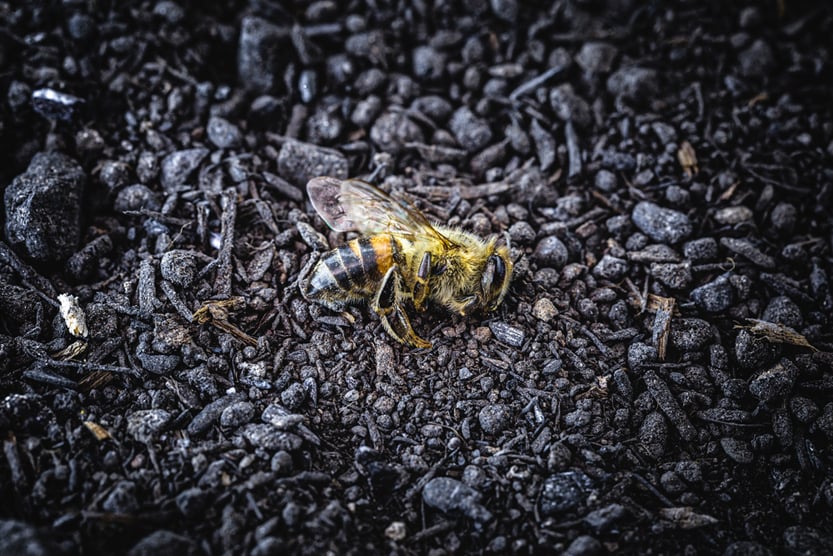 Among the many species prone to extinction, pollinators are perhaps the most worrisome. (Photo Credit : RHJPhtotoandilustration/Shutterstock)

Similarly, many birds and animals also pollinate seeds when they move from one area to another. When frugivores and herbivores go extinct, plants and trees suffer, as they no longer have pollinators to spread their seeds; they too are then threatened by extinction.

The extinction of pollinating species that are specialist feeders (i.e., feed only on a few specific plants) is even more worrisome. For instance, on islands, reptiles, birds, and mammals are specialists and are extremely important seed dispersers for those plants that aren’t eaten by any other organisms. Thus, if this group were to go extinct, the plants that depend on them would also face extinction.

As you can see, the extinction of even one species can have profound effects on others, including us humans. Hence, collectively, we must do all that we can to ensure no species is lost.

What can we do slow-down extinction? 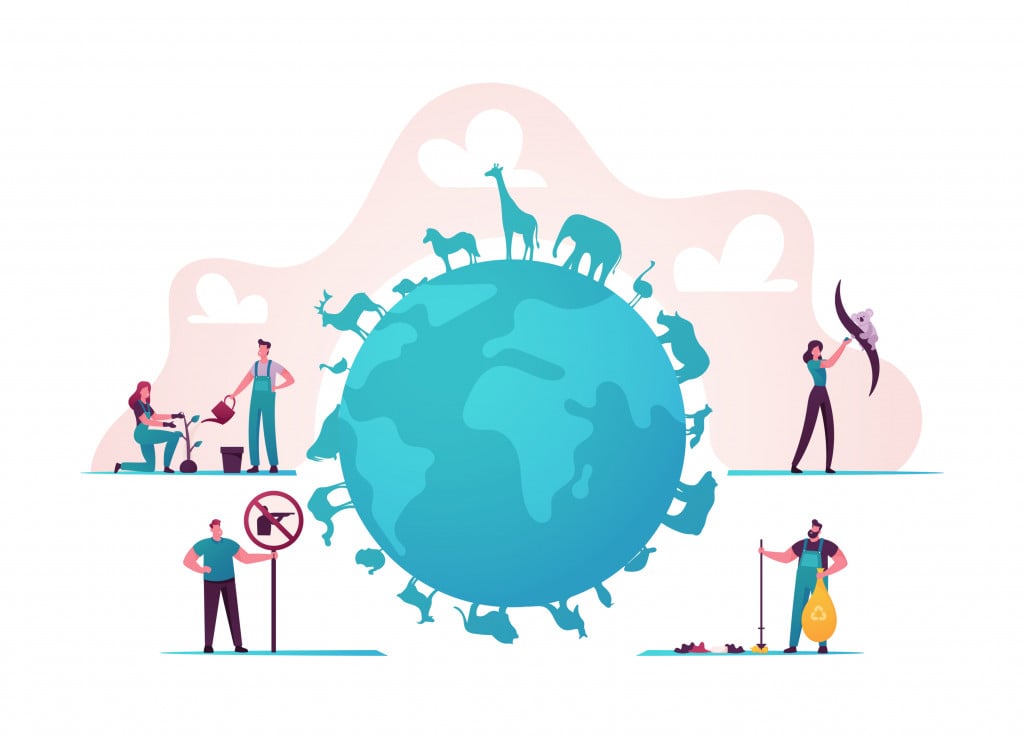 What changes can you make in your life to stop extinction? (Photo Credit : ivector/Shutterstock)

The first and most crucial step you can take to stop extinction is to put pressure on your government to create policies that protect biodiversity and its habitats. This will be a huge win for nature. At a personal level, you can (i) opt to buy organic food over foods produced using pesticides, (ii) consume less meat, (iii) not buy products sourced from animals (e.g. jewelry, animal skins, medicine), (iv) compost your food, (v) use as little plastic as possible, and last, (vi) support organizations that work towards protecting biodiversity.