The three main components critical to the formation of a hurricane are warm water, moist warm air and light upper winds. A hurricane begins when large masses of warm water and moist warm air come in contact with cooler air. This collision prompts the warm water vapor to cool down very fast and condense, eventually forming dense storm clouds and emptying out as heavy rain.

Hurricanes are some of the worst natural disasters on the planet. They lead to devastating casualties, and take a significant toll on properties each and every year. As of today, the worst hurricane of all time was Hurricane Katrina, which claimed the lives of 1,800 people and caused damages close to 200 billion dollars around New Orleans and the Gulf Coast of the United States. These figures give some destructive sense of hurricanes, which is why understanding them is so vital, enabling people to be armed with the right knowledge to protect themselves. Let’s start with the causes of a hurricane.

Causes of a Hurricane

Hurricanes, also known as typhoons and cyclones in certain regions, are gigantic storms that affect the tropical areas of the world. These extreme weather events primarily occur in the South Atlantic Ocean, the Gulf of Mexico, the eastern Pacific Ocean and the Caribbean Sea.

The three main components critical to the formation of a hurricane are warm water, moist warm air and light upper winds. A hurricane begins when large masses of warm water and moist warm air come in contact with cooler air. This collision prompts the warm water vapor to cool down very fast and condense, eventually forming dense storm clouds and emptying out as heavy rain. During the condensation process, latent heat is emitted. This latent heat warms the cold air above, causing it to rise and pave the way for warmer and more humid air coming up from below, causing a cycle.

As the process continues, more warm air is attracted to the mounting storm, and more heat is moved from the ocean’s surface to the atmosphere. The constant heat exchange leads to a development in wind patterns that spin around a relatively calm center, similar to water spinning down a drain. If the conditions remain the same, meaning that there is enough fuel for the storm to continue developing, the rotating storm becomes even more powerful, eventually becoming a hurricane. As the hurricane continues to strengthen, an opening at the center known as the “eye” will form.

Parts of a Hurricane

The main elements of a hurricane are the rain bands on its outer edges, the eye, and the eye wall. Air spirals in toward the center in a counter-clockwise pattern, and then moves out the top in the opposite direction. In the very center of the storm, air sinks, forming the cloud-free eye. The Eye of the hurricane is the very center of the hurricane. This clear area is sometimes 20-40 miles across. People in the midst of a hurricane are often amazed at how the incredibly fierce winds and rain will suddenly stop and the sky will clear when the eye passes over them. Then, just as quickly, the winds and rain begin again, but this time from the opposite direction!

The next important part is the eye wall; this dense wall of thunderstorms surrounding the eye has the strongest winds within the storm. Changes in the structure of the eye and eye wall can cause erratic changes in the wind speed, which is an indicator of the storm’s intensity. The eye can grow or shrink in size, and double (concentric) eye walls can form.

The next element is the storm’s outer rain bands (often boasting hurricane or tropical storm-force winds), which can extend a few hundred miles from the center. Hurricane Andrew’s (1992) rain bands reached only 100 miles out from the eye, while those of Hurricane Gilbert (1988) stretched out for over 500 miles. These dense bands of thunderstorms, which spiral slowly counterclockwise, range in width from a few miles to tens of miles and are 50 to 300 miles long. Sometimes the bands and the eye are obscured by higher level clouds, making it difficult for forecasters to use satellite imagery to monitor the storm.

Although a hurricane is always considered a natural disaster, there are also some positive effects that come with the onset of a hurricane. The first and most crucial aspect is drought relief. The vast amount of rainfall that comes along with hurricanes provides a great deal of assistance in an area that may be suffering from drought conditions. The rains can stretch several hundred kilometers from the epicenter of the storm. A clear example of this was hurricane Katrina, which dumped heavy rains on Louisiana, with 8-10 inches (200-250mm) falling on a wide swath of that state’s area. 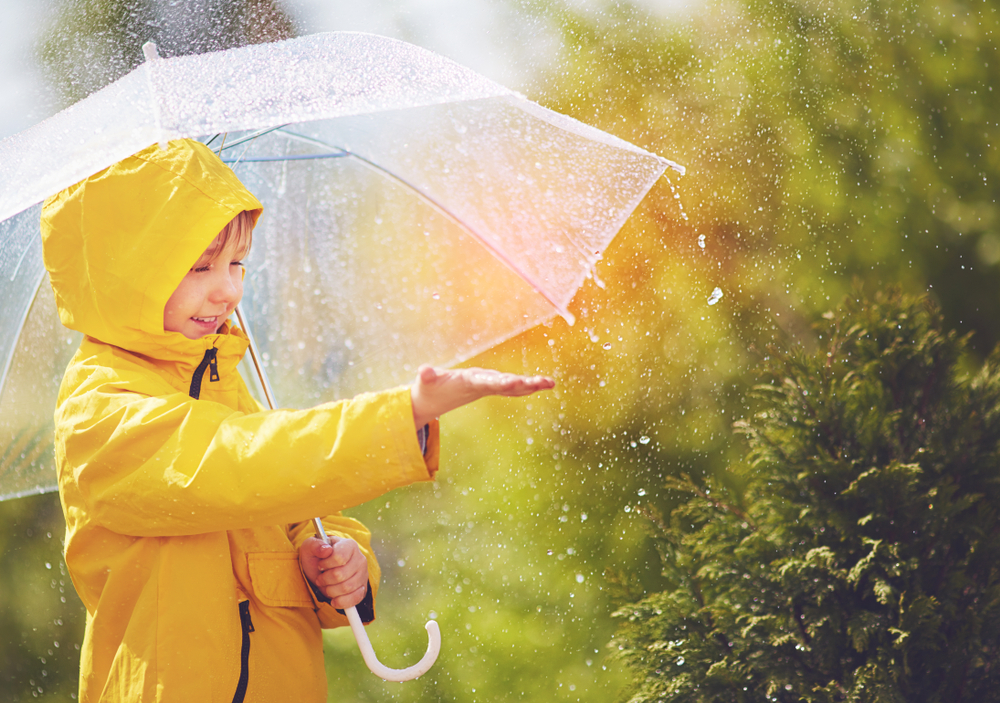 Drought relief can be considered a benefit of a hurricane (Photo Credit: Olesia-Bilkeis/Shutterstock)

The next important thing that hurricanes bring with them is heat relief to arid and hot areas. If the cooling effects of the hurricanes were not experienced, the tropical and subtropical regions of the world would continually heat up, leading to a multiplication of both the intensity and quantity of storms. The sea surface can cool when a hurricane forms because of the vortex integration of ocean layers instigated by the frictional force exerted by hurricane winds on the surface of the ocean. The frictional force causes a violent mixing of layers, driving colder water high up to the surface. This blocks the warm water, which is necessary for hurricanes to persist.

Apart from these benefits, there is a strange benefit in a very anomalous way towards archaeological findings. The strength of certain hurricanes has benefitted archaeologists by unearthing many finds that otherwise would have gone unnoticed in the sands of time. These archaeological finds include drowned airplanes, shipwrecks and other historical relics in tidal locations where debris, silt and gravel are washed away by the storm surge. A classic example would be World War I Schooner Rachel, which was exposed by hurricane Isaac in 2012. 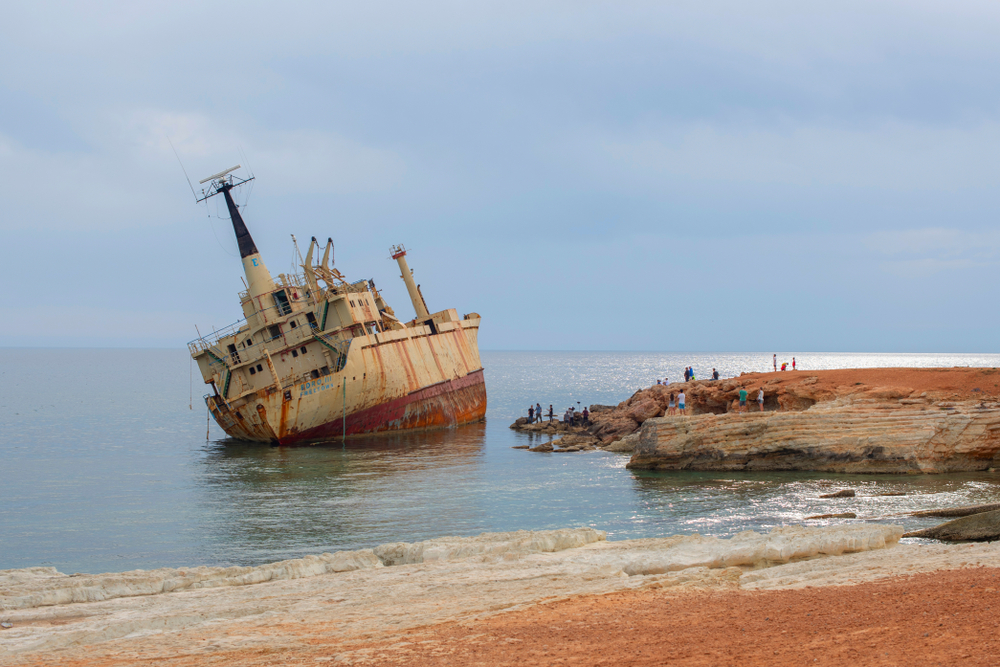 Even though they do come with their positive aspects, a hurricane primarily has adverse effects. One of the main negative effects is the impact a hurricane has on an ecosystem. A plethora of plants and animals are killed in the advent of a hurricane by the devastating winds, storm surges and flooding. The food chain is wholly disrupted as the population and proportion of animals become imbalanced following such a disaster. Beaches face the biggest brunt of the cyclone; coral reefs, oyster reefs and severe erosion are just a few of the significant impacts every time a hurricane hits the shoreline.

Severe agricultural damage also occurs during a hurricane strike. Factors like heavy rain and winds result in damage to crops and can kill livestock. The greater fear for most farmers is the contamination of their crops originating from floods. The heavy rains and flooding can sometimes cause an overflow of hog lagoons or other potentially dangerous sources of contaminants. This overflowing water can contaminate other crop species. This phenomenon can also lead to a loss of harvest due to the complete flooding of the seeds. Agricultural losses can reach millions of dollars for both the government and private entities. 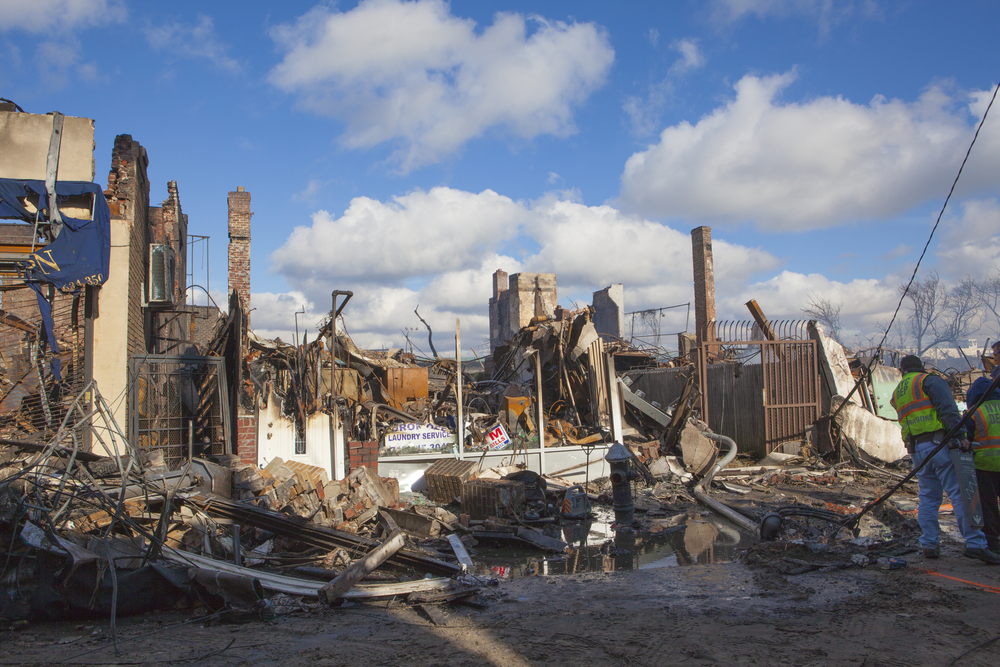 One of the most significant downsides of hurricanes is their effect on humans. Hurricane winds alone can do a whole lot of damage, but combine that with waves, storm surges, rain and river floods and you have a recipe for disaster. The amount of damage caused depends on various factors, including the size of the storm, the intensity of the storm and its angle of approach.

Collapsing buildings can lead to injury and death, but the most significant impacts of hurricanes occur after the storm. Destroyed property and infrastructure often take years to restore, which impacts the economic status of individuals, as well as entire towns and regions. In conclusion, hurricanes are disasters that remind us of Nature’s sheer power, and of our relative inability to prepare or protect ourselves when her fury is unleashed.