No, we cannot harness energy from tornadoes and hurricanes. The storms are too messy and unpredictable, and the technology to do so does not exist yet.

When you see a gigantic cone of swirling dust moving at a deadly pace and uprooting every structure in its path, you know that you’re looking at a tornado – preferably from a safe distance.

Tornadoes and hurricanes can leave massive amounts of damage in their wake. They are so powerful that anything that gets in their way, whether it is a car, a house or a building, is tossed like a rag doll (if the storm is strong enough). However, has this thought every occurred to you… what if that power and that immense energy could somehow be captured and harnessed? What if we could actually generate electricity from the power of a tornado or a hurricane? Power of Tornadoes and Hurricanes

Needless to say, tornadoes and hurricanes are very powerful. This is evident from many unfortunate natural disasters in the past when twisters and storms destroyed entire cities. Research suggests that the average amount of energy produced by a hurricane in a single moment is 200 times the electricity-generating capacity of the entire world in that same instant. Yes, the entire world! Obviously, there is some extraordinary power in a hurricane.

Unfortunately, this shocking truth is not as simple as it sounds. The power that a tornado or a hurricane wields does not dissipate in a regular or uniform fashion. These storms are known to be quite messy, which is why such a large amount of energy is consumed just to ensure that the storms can carry on with their rampage. 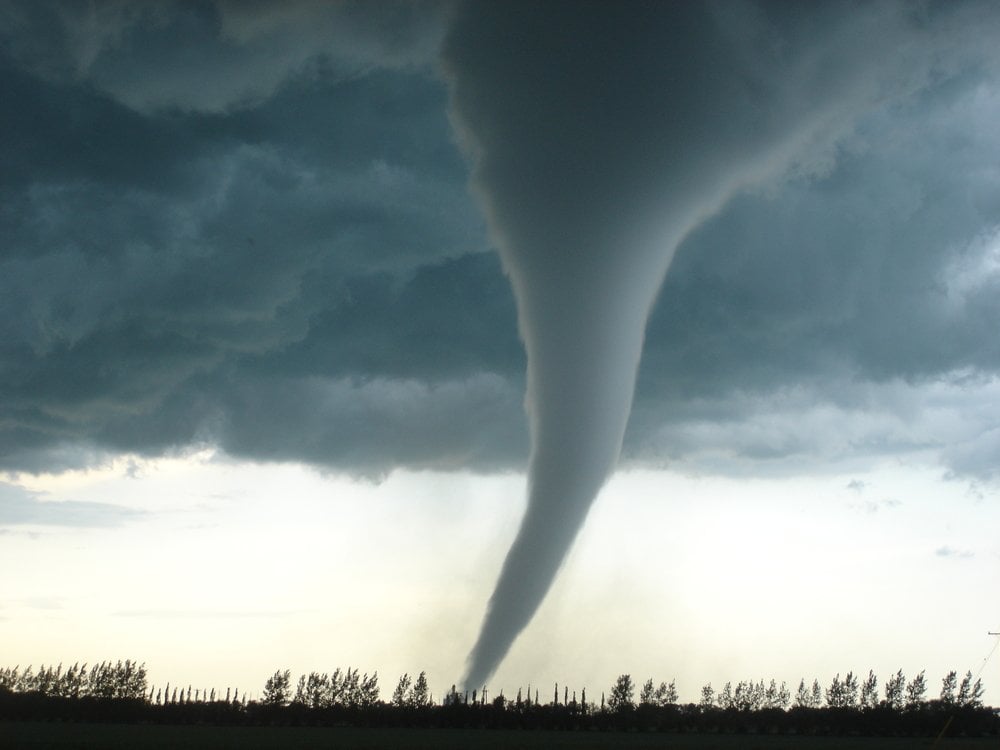 The mere idea of harnessing energy from such a dangerous and unpredictable storm is fascinating and terrifying at the same time. The concept is interesting because these storms carry immense energy that we would absolutely love to use, particularly in our energy-hungry modern age, but the idea is also terrifying because it won’t be easy to accomplish.

According to Chris Landsea, the science and operations officer at the U.S. National Hurricane Center, how you harness the energy depends entirely on what you use to do it. Let’s consider the case of a hurricane. In terms of a hurricane, these storms release most of their energy and heat while condensing water vapor into droplets. With the current technology available, we have no way of harnessing that type of heat energy. When we consider this energy-harnessing idea for tornadoes, researchers have considered placing windmills in the path of tornadoes to harness their energy. Again, however, this is easier said than done. If you want to place a windmill in the path of a tornado, you need to make sure that the turbines are capable of withstanding those extreme magnitudes of pressure and force. In addition to that, the windmill will have to be mobile enough to be securely stationed in the storm’s path. Therefore, the challenge is to make an incredibly strong and mobile windmill to harness a tornado’s energy.

As of today, it’s not possible to harness the energy from a tornado or a hurricane, but in the future, there’s no telling what sort of advancements we may discover. Once we have the required technology to achieve this unbelievable feat, we’ll harness as much of that overwhelming natural energy as we possibly can!