While the theory behind using an explosion to stop a tornado is interesting, it is not practical. The consequences of shooting a rocket near a domestic area would pose its own risks, such as collateral damage of property and life. The proximity that this sort of infrastructure would require also makes the idea of explosions, bombs, or rockets slightly impractical.

For those who have ever witnessed or experienced the awesomely terrifying power of a tornado, you know that there is nothing like it on Earth. Tornados seem to be incredible and unpredictable outpourings of Nature’s fury, and the idea of stopping one seems too crazy to imagine.

However, tornados are also hugely destructive and can cause massive loss of life and property, so there is quite a bit of research into how a tornado can be destroyed or dissipated before it does any harm. One of the most popular theories is to use a large-scale explosion, bomb, or rocket to send enough energy into the tornado to neutralize it – by counteracting the massive wind power already on display. But would it work? Can we use an explosion to stop a tornado?

A Quick Recap of Tornados…

There is still a lack of knowledge regarding how exactly tornados form, which makes them both mysterious and deadly, because predictions of tornados are rather uncertain, unlike hurricanes and other tropical storms that tend to have longer lifespans. Some tornados can form and disappear within seconds, while others may rage across the land for over an hour. On average, tornados last for less than ten minutes, but they can still do a lot of destruction in that time! 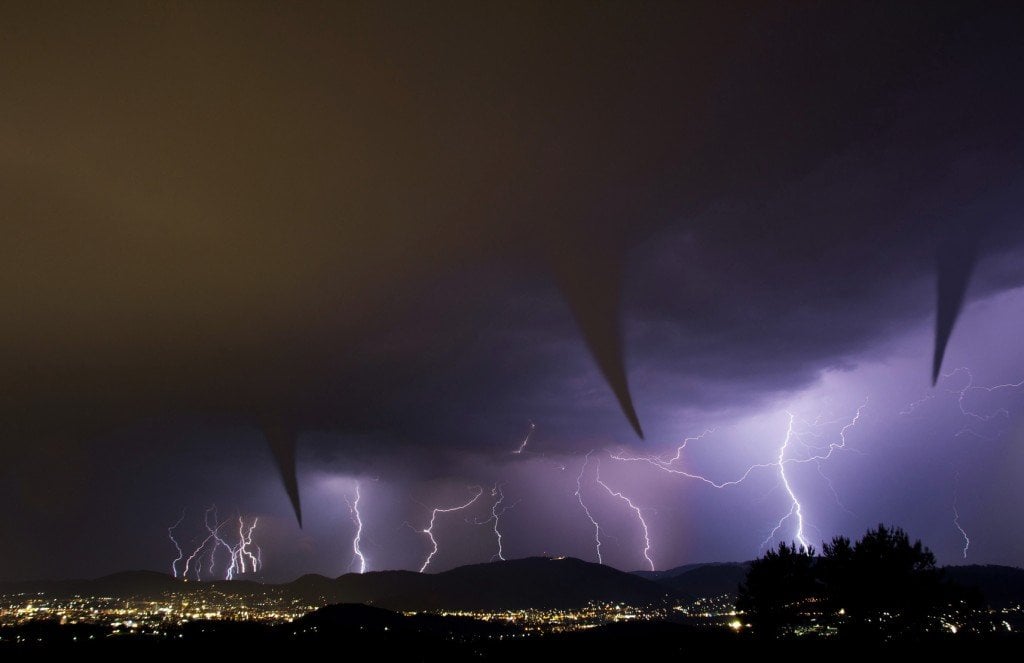 A tornado forms when there is a hot layer of atmospheric air that is covered by a relatively cold, dry bank of air above. When the warm air at the bottom of the atmosphere rises (due to its temperature), it pushes up on the cold air above. These are similar to the conditions for a normal thunderstorm, but when extreme winds are also brought in to the picture, causing the updraft of air to rotate, you get what is called a supercell thunderstorm, which is the primary source of tornados. These rapidly spinning updrafts can then turn vertical and reach down to the ground, touching down in some cases, which is when the destruction truly begins. There is an incredible amount of energy and force in a tornado, and as it moves across the landscape, winds of up over 100 mph tear up everything in their path. The strongest tornado ever recorded brought winds of 303 mph, but that was high in the atmosphere. Even so, the huge amount of energy produced by a massive storm system and a tornado would require quite an impressive solution… but an explosion?

In Theory, The Idea of an Explosion Seems… Unique

The thought behind an explosion being detonated in the heart of a tornado, or directly in its path, stems from the idea of disrupting energy flow. By changing heat flow and wind movements through the detonation of a powerful explosion in the path of a tornado, it could be possible to disrupt the energy of the twister and eliminate the threat. However, as researchers have noted, this is no guarantee that you won’t simply be shifting energy within the larger storm system. In other words, by eliminating one twister and making the conditions unfavorable for a tornado in one location, there’s no way of knowing whether a new tornado will form in its place, perhaps 100 meters away, or a mile! There is so little practical experimentation that has been safely tried, which makes much of these ideas theoretical in nature.

Also, the consequences of shooting a rocket near a domestic area (which would be the only reason to use this sort of large-scale force – to prevent casualties) would pose its own risks, such as collateral damage of property and life. The proximity that this sort of infrastructure would require also makes the idea of explosions, bombs, or rockets slightly impractical. Imagine a four-minute tornado forms and your nearest drone strike or bomb deployment place is five minutes away; there’s no telling how long a tornado would last, nor are their paths overly predictable. The heavy-handed nature of using a massive explosion to stop a tornado is therefore possible, but not practical.

Any Other Solutions to Stop Tornados?

Although bombs don’t seem like a great idea, researchers have been developing methods of stopping tornados by changing the conditions in which they’re formed. One of the most interesting ideas consists of solar-power collecting satellites in space beaming that solar energy in a concentrated form (microwaves) at large storm fronts. In theory, this could cause the cold, dry air to heat up at the top of supercell storms, preventing the dangerous updrafts that cause tornados to form. Another outlandish (but creative) theory suggests that we could use solar satellites or mirrored lenses on Earth to heat up atmosphere in certain areas, effectively diverting the paths of these tornados and large storms away from inhabited or protected areas. Again, the precision, timing, and infrastructure required for these sorts of solutions are a bit difficult (and expensive) to achieve, but at least we know that someone is on the job.

When a tornado is bearing down on your house, the last thing you want to worry about is dodging bombs and explosions too. Until a better, more viable solution is found, you should just duck and cover, and hope the storm passes over.

How much do you know about rockets and tornadoes? 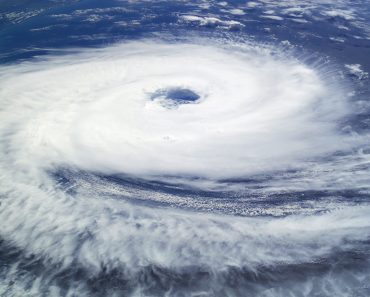