Mars has always received a lot of attention, particularly in the last few months, thanks to Elon Musk’s September 2016 announcement about sending manned missions to Mars and NASA making projections of landing humans on the Martian surface by 2040. 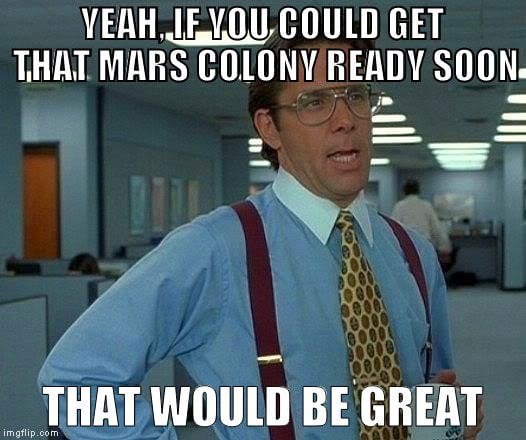 Although some of these recent developments have opened up a new era of exploration of our closest planetary neighbor, but we’ve always felt skeptical about sending humans to Mars for a number of reasons, one of them being a glaring scarcity (to the point of non-existence) of water on the Martian surface. However, Mars hasn’t always been devoid of water…

Signs of the early presence of water on Mars

Mariner 9, a spacecraft sent by NASA in 1971 to orbit Mars and gain some insight about its surface, found the remains of ancient riverbeds on the otherwise dusty and dry planet. This was very surprising, since before this discovery, most scientists thought that Mars had always been a barren planet. 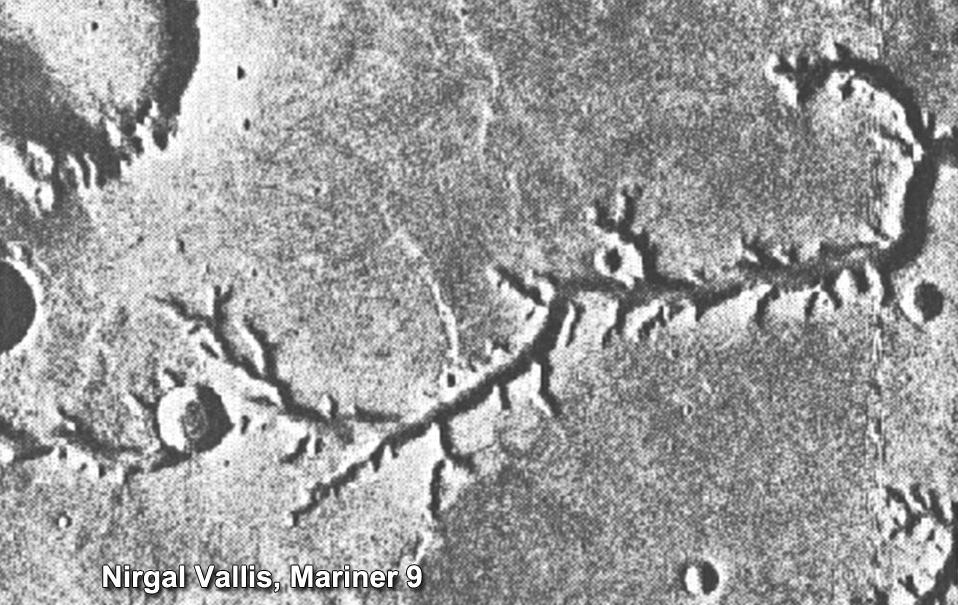 An image – taken by Mariner 9 – showing the presence of a few ancient channels on Mars (Image Source: www.jpl.nasa.gov)

Another claim concerning the early presence of water on Mars was made by Dr. Tim Parker, PhD from the University of Southern California and the originator of the ‘Mars ocean hypothesis’, which consists of interpreting certain formations on the Martian surface as ancient shorelines and basins that had once been filled by lakes. In 2000, Mars Global Surveyor scientists Machel Malin and Ken Edgett explored another feature that pointed towards a watery Martian past. All of these things indicate that Mars might have actually possessed a significant amount of water a couple billion years ago. 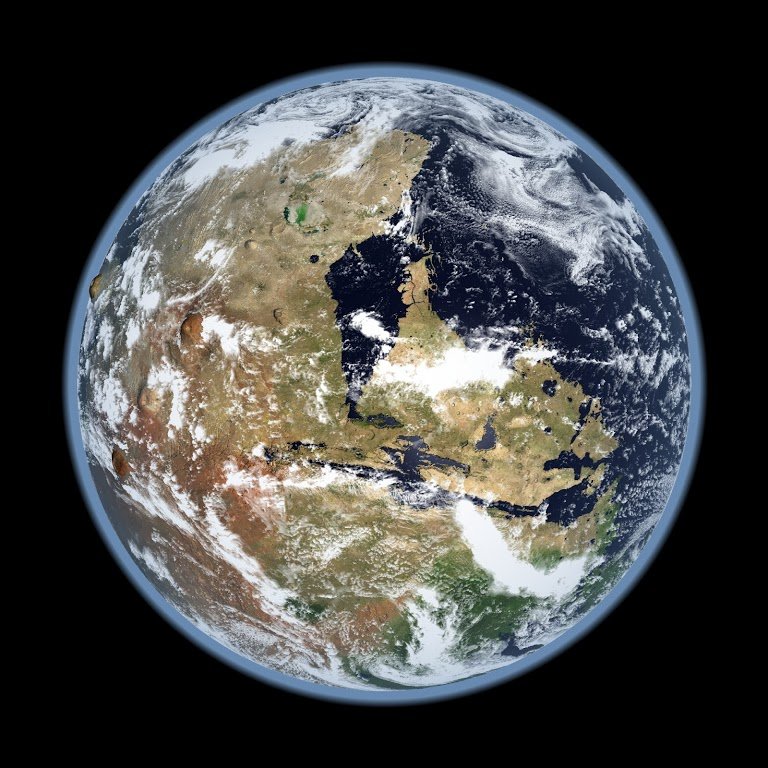 An artist’s impression of what Mars would look like if it still had water (Photo Credit: Kevin Gill)

Why did Mars dry up?

After Mariner 9 first sent images that suggested Mars’ watery past, astronomers made a few hypotheses to explain the sudden disappearance of that water. One of those concerns a drastic climate shift that was kick-started 600 million years after the planet’s formation, which was further accelerated by a series of volcanic eruptions that rocked the planet and made it an unforgiving wasteland.

This is how Mars would appear from an altitude of 2,500 km. At the center is Valles Marineris, over 3000 km long and up to 8 km deep. Note the channels running up (north) from the central and eastern portions of Valles Marineris to the dark area, Acidalic Planitia, at upper right. At left are the three Tharsis volcanoes and to the south is ancient, heavily impacted terrain. (Image Credit: Viking 1 Orbiter, MG07S078-334SP / http://nssdc.gsfc.nasa.gov)

The aforementioned hypothesis was discredited after the Mars Atmosphere and Volatile Evolution or MAVEN – a spacecraft sent to monitor Mars’ upper atmosphere – transmitted its initial observations to NASA.

Here’s a short video that NASA made prior to the launch of MAVEN:

Looking at the data sent by MAVEN, it has been determined that Mars lost its water due to solar winds, compounded by the absence of a substantial planetary magnetic field.

As you might already know, the atmosphere of a planet not only provides the vital gases necessary for life, but also keeps the planet protected from intense solar winds, which contain charged particles (electrons and protons) emitted by the sun. Now, Mars did have an atmosphere at one point, but when it started losing its magnetic field 4 billion years ago, its atmosphere also became quite vulnerable. 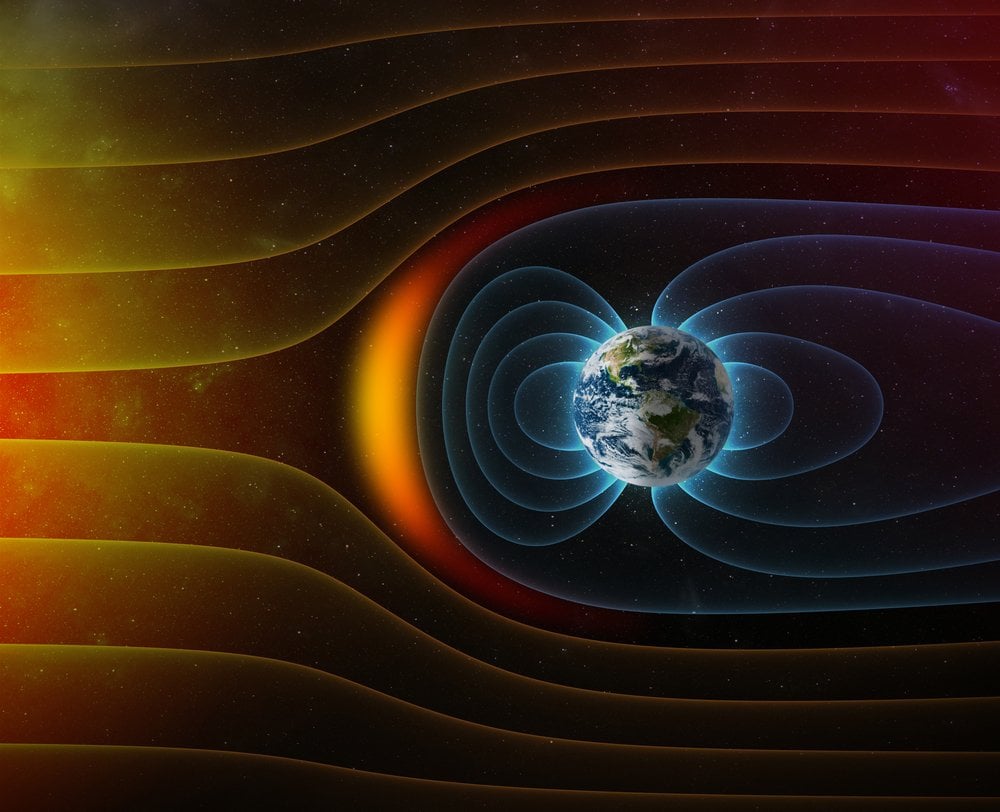 An artist’s impression of how our magnetic field protects the Earth from solar winds (Photo Credit : koya979 / Shutterstock)

You see, the magnetic field of a planet deflects most of the charged particles present in the solar wind heading towards the planet, thereby shielding the atmosphere. If not for the magnetic field, the atmosphere would quickly be stripped off the planet due to solar wind, which is exactly what happened to Mars a few billion years ago. In the absence of a substantial magnetic field, solar winds first stripped Mars of its atmosphere, thereby causing all the water to simply evaporate and vanish, leaving the parched Martian surface that we see today.

MAVEN has not only helped to unravel the mystery of Mars’ wet past, but it has also led to some very exciting discoveries about our red neighbor. These findings have been particularly helpful in terms of knowing more about our closest neighbor in the solar system. It’s incredibly important for us to understand Mars better, now more than ever. If the recent announcements regarding colonizing Mars come to fruition, we could have an entire community living on the red planet in a few years’ time.