The moon is a better option to colonize than Mars because it is closer to Earth, has a similar geology to our planet, and may contain water. However, Mars is still the better option in the long run because it has an atmosphere and gravity that is more similar to Earth.

Earth’s resources are depleting at a frightening rate. The planet is currently being ransacked for its resources by its skyrocketing population like a herd of children ambushing an ice cream truck. The increase in the population further widens the social and financial cracks, allowing a stench of distrust to creep in. That same population is boiling the planet by burning coal and simultaneously suffocating it with the dense, grey smoke that combustion releases. We must find a new home. 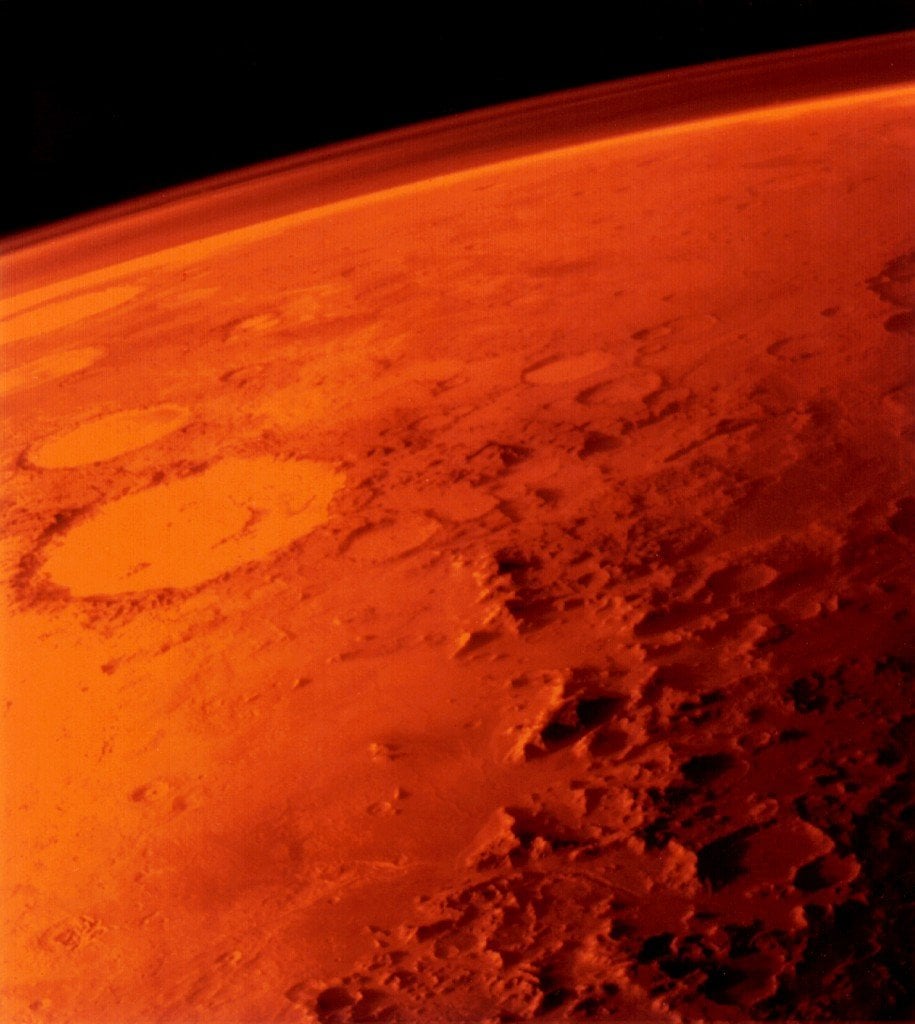 The fourth planet from the Sun, Mars is named after the Roman God of war.

Mars seems to be a good alternative. Elon Musk is a huge proponent of not merely exploring Mars, but terraforming it. However, a journey to Mars takes months, and even that is dependent on its alignment with our planet. Its distance exacerbates communication delays typically up to 4 minutes. In the case of a fatal emergency, abandoning a mission and retreating home or summoning help is just a forlorn attempt at rescuing. Furthermore, two-way trips to our red neighbor are extremely strenuous. Even delivering small machines requires larger, fuel-hungry rockets, so exchanging infrastructure to build entire colonies, at least currently, is impossible.

The prospect of colonization seems far more feasible on a celestial body that is closer to our planet, so close that we feel and witness its gleaming presence every night. The moon, so devoted to its orbit around us, is only 3 days away, such that the communication delay is mere seconds. These aspects could allow the contingencies of immediate retreat or summoning help to be more successful. Exchanging infrastructure isn’t a big deal either; in fact, catapulting an object from the moon at a suitable angle would cause it to drop pleasantly into the hands of our planet.

The moon resides just 3 days away from us. (Photo Credit: NASA)

Despite these amenities, why do space explorers persist to favor Mars instead?

Lack Of An Atmosphere

The Apollo missions conducted between 1969 and 1972 ferried around 840 pounds of moon rock and soil back to Earth. These samples revealed that the moon’s geology is quite similar to Earth’s, suggesting that the moon could have been formed by the coalescence of a splintered chunk of Earth’s mass blown into space due to a catastrophic collision with another celestial body.

On the other hand, Mars’ core constitutes quite different elements. Inhabiting Mars is more promising, because like our planet, it is engulfed and protected by an atmosphere. Even though its atmosphere doesn’t sustain pressurized oxygen like ours, which is imperative to live, it still protects the planet from the destructive shower of meteoroids, a phenomenon ubiquitous on the moon. The atmospheric layer would also protect us from the sun’s UV rays, without which we would be fried in seconds on the moon. 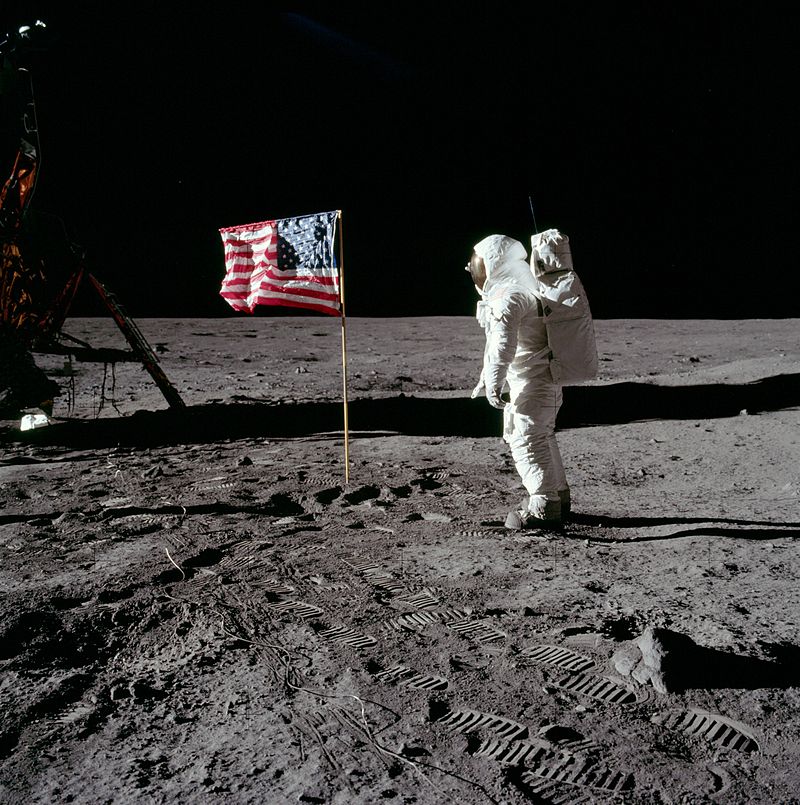 Mars is also subject to winds and seasons, whereas the temperatures on the moon can vacillate between 253 degrees Fahrenheit and -387 degrees Fahrenheit in a single day. The moon’s lack of an atmosphere is the result of its paltry mass and weak gravity. Mars’ gravity is less than Earth but large enough to lure gases and form an atmosphere. Its gravity is one-third than gravity is on Earth, a slump in weight that will require its colonists some time to get accustomed to. Compare that time to the protracted time colonists of the moon would require getting accustomed to its gravity, which is just one-sixth of gravity on Earth.

Furthermore, the cratered and craggy surface of the moon is thoroughly suffused by lunar dust. The abrasive powder clings to everything it acquaints. Known as regolith, the dust is fine enough to slip through narrow crevices and cause mechanical failures. These failures could cause permanent damage to expensive exploration machinery and cost us entire missions, but more importantly, a life.

However, like the overused plot of nearly every romantic comedy, the moon is believed to be hiding beneath its grey dust and craggy exterior, a heart filled with an ocean of hope.

The Presence Of Water

The Lunar Prospector and Clementine Probe hinted that the moon was home to an ocean of water, some billion metric tons, that was cold and solidified beneath the thick crust of dust and ice. The water can be consumed, mixed with food, and could even mediate sanitation. The water could also be broken up into its constituent components to extract oxygen to breathe!

The Lunar Prospector and Clementine Probe hinted that the moon was home to an ocean of water, some billion metric tons, cold and solidified beneath the thick crust of dust and ice.

Furthermore, the roaring energy generated by the recombination of these elements could propel rockets. In fact, propellants fueled by the combination of hydrogen and oxygen are the most powerful propellants we’ve ever developed. It is no wonder that water is regarded as the most important substance in space.

Oxygen, by some miraculous technological feat, can also be extracted from regolith, which is 42% oxygen. This oxygen can then be inhaled and combined with hydrogen to form water and fuel. A thick cloak of this dust may also protect the inhabitants from radiation. Or, colonists anxious about their jeopardized fashion could also take shelter in the moon’s deep caves, just as the first people on Earth inhabited its caves through the past millennia.

The most promising dwelling place seems to be the lunar poles, which are not only believed to rest upon large slabs of ice, but are also subject to comparatively calmer temperatures. The low levels of sunlight falling on them for prolonged periods maintain temperatures of up to 32 degrees Fahrenheit. Rather than a blazing lunar noon, the poles experience more of a solemn sunset.

Even with all of that in mind, scientists are still uncertain about the presence of water on the moon. The evidence gathered by the missions never materialized. After detecting hydrogen near the poles, the Lunar Prospector was programmed to deliberately nosedive into the south polar crater at the end of its mission in the hope that the surface, following the impact, would bleed profusely with water. Nothing of the sort was observed.

Another downside is that even if the poles did obscure water, landing on their surface poses an arduous challenge. The poles are craggier than the other areas of the moon. Even though the benefits of terraforming the moon might outweigh its risks, scientists continue to dismiss it because, at the end of the day, it is a cold, harsh, barren and dangerous place to live. Considering the travel costs and convenience, the moon seems to be the ideal place to settle economically. In the long run, however, Mars emerges as the clear winner.