Catnip is an herb with a potent active ingredient that can have a range of effects on cats, provided they are of the roughly 70% of felines who are sensitive to this plant.

Cat owners always seem to be looking for a new toy that will capture the attention of their feline roommate for an hour or two, which is why so many of them have been intrigued and amused by the use of catnip. This harmless herb is found in a wide range of cat toys and is often likened to a “drug” for cats. If you’ve ever seen a cat react to the catnip, you would understand the comparison, as their behavior is anything but normal.

However, not every cat is sensitive to this herb, and the range of reactions can be quite extreme. With that in mind, before you pick up that colorful, slightly more expensive catnip-filled treat at PetCo, you should know the facts about this herb.

Catnip is a perennial herb that is classified as a type of mint, and is scientifically known as Nepeta cataria. This leafy green plant grows throughout Europe, the Middle East, Asia, North America and New Zealand, among others, and is also a popular herb to grow for cat owners! A particular volatile oil and active ingredient in catnip, nepetalactone, is the substance that causes such intense reactions in certain cats. If you bring out a toy packed with fresh catnip, there is about a 70-80% chance that your cat will have a strong and undeniable reaction. However, not all cats are sensitive to the scent and effect of this herb, and may ignore its presence completely!

Can Kittens Have Catnip?

This is a sensitivity that is passed down genetically, and it is a dominant trait. Kittens, in particular, will have no reaction to catnip until they reach adulthood, because their vomeronasal cavity is not fully formed at birth, even though some will demonstrate the sensitivity later in life.

Does Catnip Get Cats High?

For those adult cats who do get involved in the catnip game, the effects may be surprising. When catnip is sniffed, it acts as a stimulant for cats, causing them to display signs of being “high”, including hyperactivity, rolling around, flipping over and at times, even being aggressive. It isn’t unusual for a cat to rub its face and entire body in catnip that has been spilled on the floor or carpet, which suggests that the experience of a catnip high is indeed a pleasant one! Interestingly enough, when cats eat catnip, it has the opposite effect of sniffing the herb. Cats that eat catnip will appear lethargic and lazy, often being compared to “stoned” humans. This dual effect of hyperactivity and sedation is what makes catnip such a strange and commonly tried cat “treat”.

What science has been able to tell us about this experience is that nepetalactone acts as an artificial cat pheromone, so when a cat smells this volatile oil, it triggers sensory neurons that affect the olfactory bulb of the brain. This results in a cascade of neurotransmitters being released from activity in the amygdala and hypothalamus, resulting in this apparent “high”. Catnip behavior is somewhat similar to how cats behave when they’re in heat, at which time similar parts of the brain are being stimulated.

How Long Does Catnip Last?

The effects of catnip typically last for about 10 minutes, at which point the cat will often lose interest and may simply wander away. These short-lasting effects have been compared to an intense marijuana or LSD drug experience in humans, although the accuracy of that is difficult to determine.

What we do know is that it can take an hour or so before a cat is ready to be affected by catnip again, suggesting a reset period when the nepetalactone is ineffective. Furthermore, regular use of catnip can reduce its effectiveness, as cats appear to develop a tolerance for the substance.

Is Catnip Harmful To Cats?

While this substance is not inherently harmful to cats, it can have negative effects if used improperly, for both cats and owners. Eating small amounts of catnip is generally determined to be safe, if cats eat too much, they may throw up or have digestive issues, such as diarrhea. Catnip should to be used with care. (Photo Credit : yusia/Shutterstock)

If you have never given your cat this delectable treat before, do so with a bit of caution. As mentioned above, some cats demonstrate aggressive behavior when exposed to catnip, either to other cats and animals in the house, or even to owners who approach them. These types of reactions are rare, but it is important to know what your pet’s reaction to this substance typically is, as ever cat is different. If you have two cats in the house, one that is sensitive to catnip and one that isn’t, their interactions could be unpredictable! Also Read: Cats Vs. Cucumbers: Why Are Cats Scared Of Cucumbers?

On a basic level, however, the plant itself is not dangerous, and is widely used by humans for its sedative qualities. Catnip tea is a popular traditional remedy, and considering that the plant is easy to grow, it makes for the perfect addition in a home garden. Your cats can brush up against the leaves and stems for an occasional burst of nepetalactone, and you can steep the tea leaves into a soothing brew.

There are some cat owners who are opposed to giving their pets something so frequently compared to “drugs”, but the fact is that catnip is a perfectly harmless substance that grows in the wild and has entertained millions of cats (and their owners) over the years. Provided you use catnip responsibly—and in moderation—there is no evidence to suggest that catnip is anything more than a beloved treat for our feline friends. 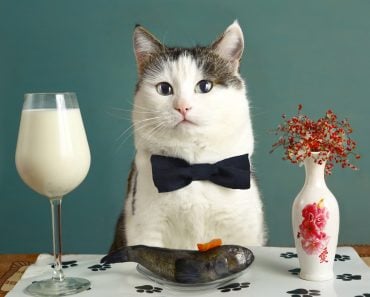 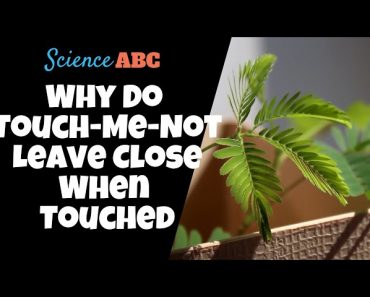