Research suggests that cats are averse to taking a bath because the water cools their body temperature down. Their fur coats are also not very waterproof, so they get heavy when drenched with water.

Every cat owner’s biggest nightmare is taking their furry feline friend for a bath. Unlike the bigger cousins of the cat family (tigers, lions), who love to take a swim in the waters of the wilderness, smaller house cats seem to despise being anywhere near water. Ironically, we also often see cats sticking their paws out curiously to play with running tap water or fountains.

So, what exactly is the relationship between cats and water? Do cats have a phobia of being near water, or do they simply hate taking a shower, like most of us on rainy days?

While the whole scenario between cats and water looks like a silly love-hate relationship, there are some interesting scientific facts behind the aversion of cats towards water. The Ancestors Of Cats

The ancestry and evolution of cats play a huge role in their behavior towards water. The early ancestors of domestic cats can be traced back to the Neolithic Era (10,000 years ago).

During this era, in a region called “The Fertile Crescent” in the Middle East, our human ancestors began experimenting with agriculture and farming. As they began to collect and store grains, rats and rodents came to get their share. This introduced the early ancestor of cats, Felis silvestris lybica (the African wildcat) to humans. These wild animals came closer to the human settlements in order to hunt for rats. These cats helped in keeping the rodents under control and proved to be worthy and valuable to humans. So, when the early farmers began migrating from the Middle East to other parts of the world, they carried their furry friends along. This is how cats began their global expedition.

In short, the ancestors of cats hail from the Middle East and Egypt, places that are hot, arid, and dry. The earliest domesticated cats were animals from the deserts who had little exposure to water bodies. So, naturally, their body was not adapted to be in the water. This is the primary reason why cats do not like water.

Certain physical factors are one of the reasons why cats avoid being in contact with water.

Studies show that the normal body temperature of a cat is around 98.1oF to 102.1oF, which is greater than that of a human body. Since cats have a higher  body temperature, their heat tolerance is also quite high. Thus, they generally prefer heat and warmth. I can handle the heat, hooman! (Photo Credit : Juergen Faelchle/Shutterstock)

Even if domesticated, cats still have an innate predatory nature. They have an active metabolism and love to hunt. All these activities require energy, which is obtained by conserving body heat or relying on external heat sources. This is why cats take a sunbath or cuddle up into a small fur ball… they know how to optimize their body heat.

Being in water, however, drops their body temperature, which is not good for their health. Therefore, cats prefer staying away from water.

You have likely seen dogs play with water and shake it off their fur with great ease, but cats don’t seem to do that. This is because their fur is quite different. A dog’s fur is closer to a raincoat, which can easily get rid of the water, whereas that of a cat is similar to woolen cloth, which gets drenched and heavy when wet.

Also Read: How Can Wild Animals Drink Water From Dirty Ponds And Lakes And Not Get Sick?

Cat fur can have two to three layers, depending on the breed of the cat. Guard hair vs Under coat, the longer ones are the guard hairs and the shorter one is the under coat (Photo Credit : twenty20)

Cat fur is not water-resistant, so when a cat gets drenched in water, these layers get wet and lowers the creature’s body temperature.

If a cat has long hair, water will make it heavier; which makes it difficult for the cat to stay afloat without drowning. It will also affect their “cat-like reflexes” and make them uncomfortable. If the hair is shorter, exposure to water will make the cat super cold, which is not good either, as their optimal temperature is on the warmer end!

Cats have a superior sense of smell to humans. The average human has around 5 million sensors in their nose, whereas a cat has about 200 million.

Cats use scent for communication, to hunt, and to detect predators. Cats even use the scent of their urine to mark their territory from other cats. According to studies, Olfaction is the primary method by which a cat analyses its surroundings. A smell can make a cat feel either stressed out or safe in a certain environment.

Have you ever seen a cat take on a strange grinning expression while sniffing? This is because, besides their nose, cats have another organ called the vomeronasal organ, located on the roof of their mouth. This organ is used when cats need a deeper analysis of scent. Flehmen response in cats to let scent into the vomeronasal organ located on top of the mouth. (Photo Credit : Elisa Putti/Shutterstock)

Clearly, cats are pretty sensitive about smell, but what has this got to do with water? Actually, a lot.

Water has a lot of chemicals and dissolved matter within it. And with about 14 times a better sense of smell than humans, cats can detect most of these. This is one of the reasons why cats do not want water all over their body. They don’t want unnecessary scents on them! Just think about how strong the smell of chlorine in water is going to be for our poor little cats.

Also, cats rub themselves over humans or furniture or other things to give off their scent. So, water on their fur may wash off this particular scent from the cat’s body, which it uses to establish its identity.

If Not Water, Then What?

Cats have made it pretty clear that they don’t need water to remain clean. In that case, how do cats keep themselves tidy? Well, the answer is… their tongue. Cats spend hours licking and grooming themselves. This is not out of boredom, but is instead how they maintain their coat. A cat’s tongue is like a miniature hairbrush. It has sharp spiky structures called papillae that help to comb and get rid of the dirt. Also, the saliva transferred while licking helps with their body scent. Close up of a cat’s tongue with papillae  (Photo Credit : Jennifer Leigh/Wikimedia commons)

Even though most cat breeds are “hydrophobic”, there are some exceptions to this. Some breeds of cats love being in the water, a phenomenon linked to their evolution and body structure. Breeds like Turkish Van, Abyssinian, and some hybrid or trained breeds have no problem with water or taking a swim.

Also Read: How Do Cats Communicate Their Affection? Now we have a clear idea as to why cats are not exactly ‘into’ water. They have some solid historic, behavioral, and scientific reasons to back up this common “distaste”. Their bodies, fur and senses are not really water-friendly. Their curiosity upon seeing running water is simply due to their predatory nature. This compels them to check out the shiny liquid flowing in front of them. Cats aren’t scared of water; they’re just not used to it. So, the next time your cat refuses to take a bath, try to remember that their ancestors were from the deserts… and that your feline friend can probably take care of its own hygiene! 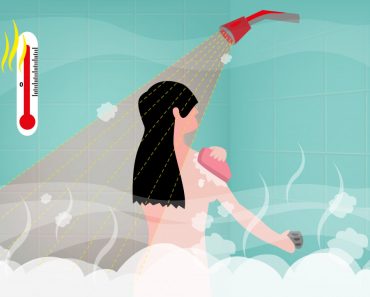