The symptoms of an animal allergy are caused by the immune system overreacting to proteins in a pet’s saliva, urine or dander. When these allergens are inhaled, they can cause itching, swelling, watery eyes, a runny nose, difficulty breathing, and/or coughing. The best way to avoid these symptoms is to stay away from the pet.

What’s worse than being allergic to a cat? Being allergic to a dog! Or, maybe both. After years of suffering the deprivation of any companionship or miserably failing to grasp the golden snitch that is true love, if you discover that the newfangled partner you emphatically believe is your soulmate is allergic to your adorable pet, where will you take your next partner for your first date? Three out of ten Americans are allergic to either cats or dogs. While being allergic to a cat or dog is the most commonly discussed animal allergy, the list of animals whose presence can trigger a hysterical episode of skin itching, a pink nose and what seem to be interminable sneezes, has elongated. People have been found to be allergic not only to furry mammals, but several other species including rodents, amphibians, fish, birds, pigs and unsurprisingly, cockroaches. Why does this happen, and what causes these allergies?

Allergies are often described as overreactions of the immune system to substances in the environment that are usually harmless to or don’t bother most people. While 50 million Americans are allergic to innocuous substances, such as dust and pollen, the immune systems of approximately 15 million Americans succumb to more indispensable things, such as milk, eggs, fish and wheat, to name a few.

The immune system is a large biological network of cells, tissues and organs that strives to protect us from infections. It is immediately activated after a foreign substance invades our body. To eliminate this perilous substance, the immune system devises things called antibodies, proteins that locate, hound and vanquish disease-carrying bodies called pathogens. 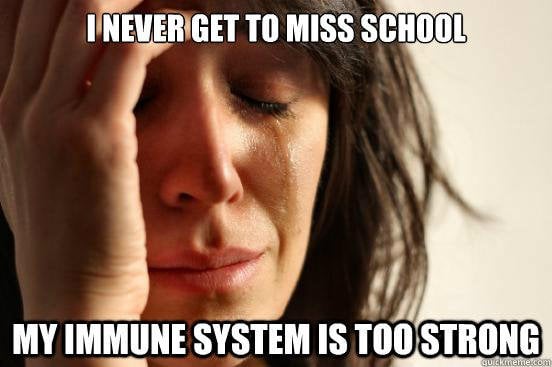 Ideally, the immune system should react exclusively to disease-causing substances, but some people are endowed with immune systems that are hypersensitive and tend to overreact even to harmless proteins found in a pet’s saliva, urine or dander. While the former two are reasonably vilified, dander often escapes condemnation.

There is a widespread misconception that allergies are caused by a pet’s fur, when actually they are caused by the cells or flakes of their dead skin that are stuck in their fur like kites in a dense tree. However, now and again, the kite escapes when a gust of wind unhooks it. When a pet is patted or groomed, these allergens are freed and allowed to waft through the surrounding air, where they are liable to be inhaled. When owners of hypersensitive immune systems inhale this dander, an allergic reaction is triggered.

The allergens, whether emanating from urine, saliva or dander, cannot be deterred by simply fanning them away. They don’t merely linger in the air; they settle on furniture and cling to walls. From these spots, they can be propelled into the air again after a session of dusting or other household chores. This stubbornness of allergens makes for a lingering threat even when the pet isn’t in the room. This is why people often complain that sequestering the pet to another room doesn’t end their violent coughing. The allergy befalls them as soon as they enter the house. What’s more, people can proliferate or carry the allergens around because the substances stick to their clothes. The variable pet here isn’t limited to traditional cats or dogs; our preferences have always been varied, from rabbits to spiders and everything in between. Each pet leaves behind a bunch of proteins that have the potential to trigger the paranoia of an overly anxious immune system.

The Symptoms and Remedies

The allergens, let’s say, dander, land on membranes that line our eyes and nose. This may cause itching or swelling of these membranes, leading to watery eyes or a runny nose, or in unfortunate cases, both. Other than dander, these allergens can be deposited when the pet licks you. Depending on the immune system’s sensitivity, the symptoms can take hours or even days to emerge. The sensitivity is a function of two factors: the allergen itself and the allergic person’s medical history. Medical tests conducted by doctors are specially designed to investigate these factors and determine whether the person is really allergic or simply suffering from a terrible bout of the common cold or hay fever. Are the lab results out? What seems to be the dognosis dogtor? Eh? Eh? Seriously, don’t visit him if you are allergic to dogs. (Photo Credits: Andresr/Shutterstock)

The symptoms are primarily respiratory problems, including difficulty with breathing, wheezing and coughing, as well as shortness of breath. Other symptoms include a growth of rashes on the neck or face. Certain animals, such as cats, have gained a nefarious reputation for triggering episodes of asthma.

The solution? Stay away from your pet. It’s as simple as that. Or, at least try avoiding staying in the same room for too long. If you think the people allergic to animals have it the worst, there are star-crossed people who are allergic to the Sun, water, and the allergic medication itself!