Asian giant hornets—or murder hornets, as they have been recently dubbed—are insects, more specifically, a variety of wasp. They are largely found in Asian countries, but have recently been found elsewhere, including parts of North America. These hornets do not harm humans unless they are provoked. On the other hand, they are a threat to bee populations, as bees are their primary food source.

I’m sure that many of you must have read something about Asian giant hornets (Vespa mandarinia Smith), aka murder hornets, in the news over the past two months. Perhaps you have come across news articles on murder hornets, but overlooked it and went on to more pressing news about the pandemic. Perhaps you glanced through articles, but didn’t fully understand them, or perhaps some of you have never even heard of these creatures to begin with.

Well, whatever the case may be, we’re here to teach you a bit more about these unique and fearsome insects.

What Are Asian Giant Hornets And What Do They Look Like?

Hornets are basically wasps, and Asian giant hornets are the largest of all hornet species. Adult workers usually grow to less than 2 inches, while adult queens reach almost 2 inches in size. They usually have a large orange-yellow head, with yellow and brown bands on their abdomen. Their distinct colouration makes it easy to distinguish between this species and other hornet species. 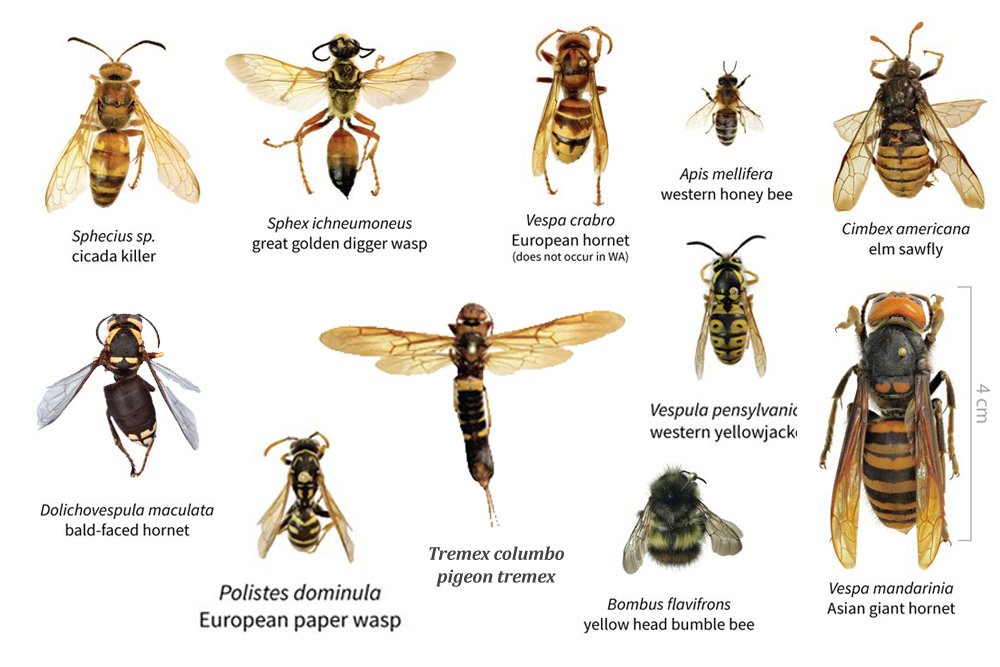 This hornet species has distinct cheeks or genae on either side of the head, which makes them look bigger than other hornet species. Their cheeks are one of their most important body parts, as the muscles required to move their large mandibles to subdue their prey are located there.

Despite their painful sting, they are very attractive! (Photo Credit : Elina Litovkina & AyhanTuranMenekay/Shutterstock)

Asian giant hornets usually build their nests underground, which is different than any other wasp species, which generally build their hives on trees. Just like other species, however, they also fiercely protect their homes.

Where Are Asian Giant Hornets Found?

Although this species prefers temperate regions, sightings have also been reported in subtropical regions. As the name suggests, these hornets are native to Asia, ranging from Russia, Japan and China, toNepal and Myanmar. Recently, they were also found in parts of Western Europe, Canada, and in some parts of America. However, scientists have yet to figure out how this species ended up in these countries.

Most hornets are workers, which means they can’t reproduce and start new hives on their own. However, it is possible that fertilized female hornets were shipped from one country to another via airplane or ship cargo and then spread from there.

How Do Asian Giant Hornets Forage?

Asian giant hornets are known to forage up to eight km from their nest for food. They feed mostly on other insects, such as bees and beetles. When it comes to foraging for resources, these hornets are quite competitive and aggressive. In fact, researchers have observed that this species assembles around tree sap and prevents others from foraging on it.

This hornet species hunts in interesting ways. Individual hornet workers have been observed attacking honey bees outside their beehives. These hornets kill the bee by decapitating it and then chewing on it until it becomes a paste. This paste is then transported back to the hornet’s nest so it can be fed to the larvae. 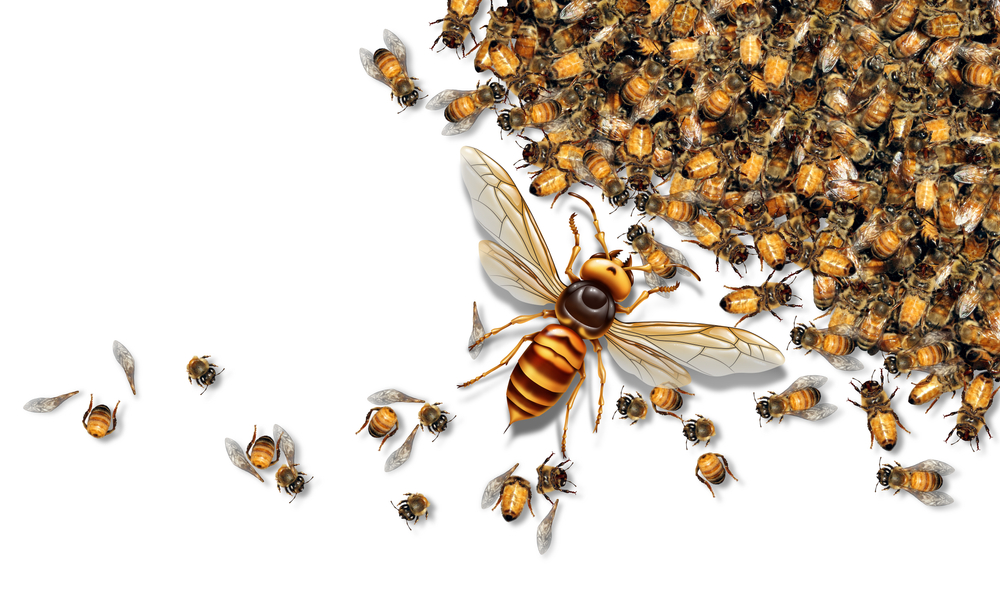 However, this is just one way by which these hornets predate. Their more famous mode of predation is commonly known as slaughter. In this strategy, 10-20 Asian giant hornets perform a coordinated attack on a colony of bees, wherein they rip apart the bees’ heads and continue their attack until there are no guard bees left to defend the nest. However, it doesn’t stop there. If any worker bees manage to survive until nightfall, the hornets come back the next day to finish the job, until the entire bee nest is completely emptied of adult occupants. Once all bees have been executed, the hornets enter the nest and recover the bee larvae, which they use to feed their own.

How And Why Did They Get The Nickname Murder Hornets?

Asian giant hornets were nicknamed murder hornets because of the way they attack their prey, especially honeybees, to feed their young. Just 15-30 hornets are enough to wipe out or “murder” an entire colony of 30-50,000 honey bee workers—in a matter of hours!

It is largely still unclear where or who dubbed Asian giant hornets “murder hornets”. However, a few entomologists suspect that the name originated in Japan, where the local communities state that the sting was as painful as murder.

It is unfortunate that people have dubbed this species with such a harsh and misleading name, when in reality, they aren’t a big threat to humans. What most people forget is that these wasps, like many other insects, are predators; just like other predators, they subdue their prey and bring it back to their nest for their young to feed. Hence, it is sad to see that this species, in particular, got stuck with the tag of “murder.”

Asian giant hornets typically avoid humans and are not considered an imminent threat to us, unless and until we provoke them. However, in 2013, a swarm of giant hornets killed 42 humans and injured another 1600 in rural China, suggesting that there are exceptions to everything in life.

This hornet species is, however, an incredibly huge threat to bees, which indirectly affects humanity in a major way. Bees are extremely vital for human beings, as most of the food we eat is pollinated by them. Without bees, we would not have many vegetables, fruits, or nuts on our table, meaning that we would be missing out on important vitamins that are required for our sustenance. Read more about the importance of bees here.

A world without bees is a world in which humans cannot survive! (Photo Credit : Melissa Grisham & sumikophoto/Shutterstock)

Also Read: What Is The Huntsman Spider? How Big Is It And Does It Bite?

Giant hornets are a particularly dangerous threat for bees, as they are capable of wiping out an entire bee colony or hive within a few hours. Some bees, such as Asian honey bees, have learned how to protect themselves and their hives. For instance, Asian honey bees swarm around invasive hornets and continuously vibrate their wings to generate carbon dioxide and heat, which suffocates the attacking hornets. Unfortunately, not all bee species have learned similar defense strategies. Therefore, when a hornet attacks their hive, they don’t know how to protect themselves and are easily wiped out.

I hope this article helped you get a better understanding of Asian giant hornets. However, next time you see one, ensure that you don’t touch it and maintain your distance. They may have been unfairly marked with the title of “murderer”, but their stings can still cause a great deal of pain!