The Brazilian Wandering Spider, Funnel-web Spider, Black Widow Spider, Yellow sac spider and Brown Recluse Spider are among the world’s deadliest arachnid species. These spiders are known to cause extreme pain in their victims, including humans, and some of their bites are even deadly!

Some of us have a love-hate relationship with spiders; we find the tiny ones adorable or helpful (with smaller bugs), but run for cover when we see the bigger ones. No matter who you are, spiders invoke strong emotions and reactions among humans.

Spiders are not insects, but arachnids, which are a class of arthropods (that also includes ticks and scorpions). There are over 40,000 different species of spiders and they’re found across the world, except in Antarctica. They can be as small in size as the Samoan moss spider (P. marplesi), which is 0.011 inches in size, or as large as the Goliath birdeater (a tarantula), which is the world’s largest spider, coming in at about 3.5 inches long, although the huntsman spider has a longer leg span.

Spiders can live both on the ground and in trees. They are highly resilient and can withstand different environments and climates, ranging from tropical rainforests to icy caves. Most spiders live solitary lives and interact with one another only to mate or to fight. They are generalists, meaning that they feed on a variety of organisms, but primarily insects. In fact, spiders play a key role in our domestic and natural environments by keeping insect pests under control.

Most spiders are pretty harmless, small in size, not aggressive, and cannot even puncture the skin of humans with their fangs. However, a small portion of these eight-legged creatures can and pose a threat to humans.

Now that we’ve introduced you to the range of arachnids Earth has to offer, let’s take an exciting look at some of the world’s deadliest spiders!

This species is also known as the banana spider, as it is often found on banana plants. However, as its name suggests, this spider is also known to wander into human habitations and international cargo. The Brazilian wandering spider is extremely toxic to humans and is considered to be one of the world’s most venomous spiders. This species injects a powerful neurotoxin that causes breathing problems, respiratory paralysis, an irregular heartbeat, and long-lasting (and excruciatingly painful) erections in men.

These spiders are named after the funnel-shaped webs that they make. The spider waits at the end of its web until prey gets stuck, upon which it rushes out to capture it. Among the different genera of funnel spiders, Atrax robustus and A. formidabilis are the most feared, particularly in southern and eastern Australia. Atrax robustus is particularly known to be aggressive and will continue biting its victim while clinging onto it. The venom of male Atrax robustus spiders is supposedly six times stronger and more toxic than the females, but the bite of both can cause death unless treated rapidly. In 1981, an anti-venom was made, which has since saved many lives.

Interestingly, a study found that funnel-web spiders and mouse spiders are actually cousins, and together these cousins are two of the world’s most venomous spiders. The mouse spider gets its name from its soft furry abdomen. The mouse spider isn’t as aggressive as its cousin, and unlike the funnel-web spider, it is capable of giving dry bites (bites without venom), which is probably what makes it less feared than its cousin!

The black widow spider is widespread and found in the United States, in parts of Canada, Latin America and the West Indies. The female is black, radiant and bears a yellow to red design in its abdomen. The male, on the other hand, has red and white stripes on the abdomen and are rarely seen, as they are killed by the female after mating, which is how the spider gets its name. The female black widow is usually an inch long, while the male is one-fourth that size. The venom causes pain, swelling and nausea, and is usually fatal for the very young and old. However, anti-venom is available, and can save your life if administered quickly enough.

The redback spider (Latrodectus hasselti), which is a cousin of the black widow, is also a dangerous spider. Although it is not as widesly distributed as the black widow, it is found across Australia, Japan, New Zealand and Belgium, largely due to grape exports. It is actually a very iconic spider, given its characteristic black abdomen and striking red marking. This species is not aggressive, but both male and females are equally venomous. Bite symptoms are similar to those of the black widow. 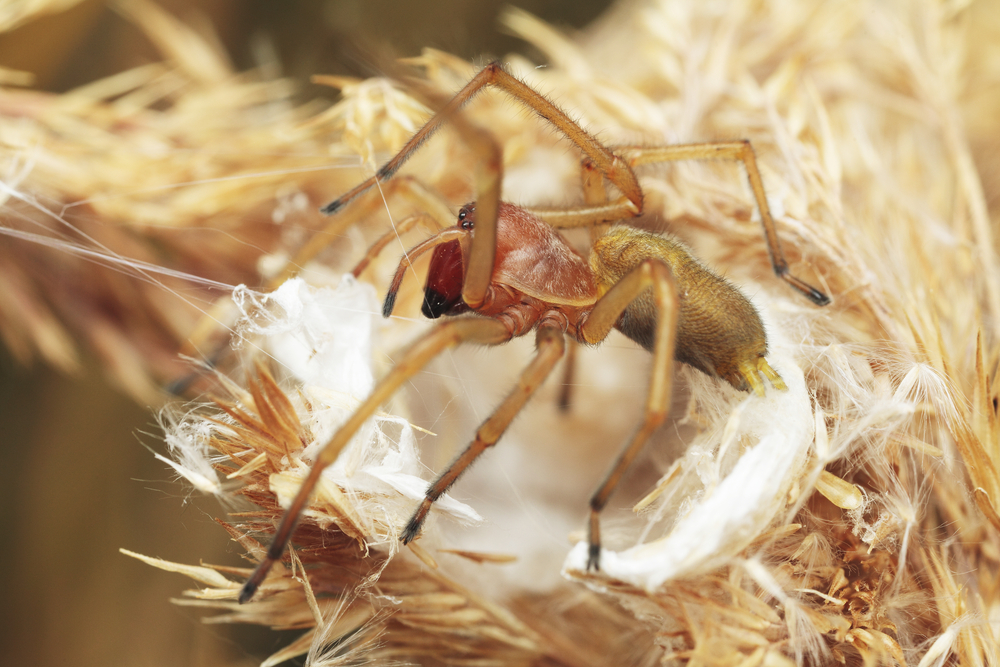 Yellow sac spiders are extremely small (between 0.12 to 0.6 inch) and actually look very harmless. However, do not be fooled by their appearance, as they can deliver a nasty bite! This species is found in a range from Australia to the United States and Canada. It likes to create its web under stones and leaves. The venom of the yellow sac spider can break cells down, which can cause necrosis. 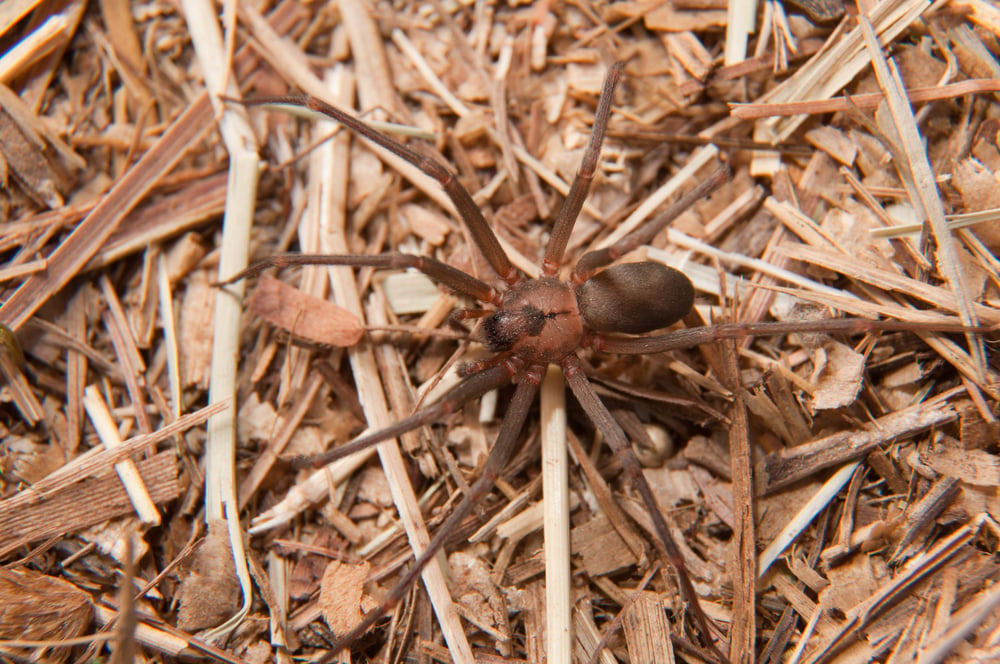 If you look closely, you can see a violin shape on the back of this spider—but don’t get too close! (Photo Credit : Sari ONeal/Shutterstock)

The brown recluse spider is also known as the violin spider, as it has a dark brown violin shape on its body. It is found in warmer climates, particularly in the southern and western United States. The brown recluse spider ranges from 0.25 inches to 1 inch in size and builds its web in caves, burrows, buildings and storage areas. The venom of this spider is life-threatening. The venom destroys the walls of blood vessels and is also said to be necrotic (flesh-eating). There are no effective treatments for bites and it often takes months for wounds to heal.

Several other spiders are also considered dangerous, but we just wanted to give you the scoop on the deadliest top five!

With all this in mind, next time you see a spider in your basement, be careful!