Cockroaches can survive headless, as they don’t breathe through their head, they don’t need to eat all that often, and their body doesn’t require their brain to be attached!

Cockroaches are some of the most enviable species on Earth, thanks to their ability to survive a number of life-threatening situations and come out just fine. For example, a cockroach possesses a higher level of immunity against radiation than humans, (although cockroaches cannot survive a nuclear explosion), it can hold its breath for as long as 40 minutes, and it can last for weeks without any food.

The most amazing thing of all, though, is that a cockroach can survive without its head! And I don’t just mean for a minute or two… a decapitated cockroach can go on living headless for weeks!

If a human being is decapitated, we lose a lot of blood. Anyone who has watched Game of Thrones can attest to this. Losing blood rapidly leads to an inevitable drop in our volume of blood. With extreme blood loss and a drop in blood pressure, oxygen cannot be transported to every part of the body, resulting in death.

Cockroaches don’t have this problem. Cockroaches and insects, in general, have an open circulatory system. This means that their blood does not flow in defined pipes like the arteries and veins of other animals. Their blood, called hemolymph, bathes their organs. Cockroaches do have a heart, which serves to get the hemolymph moving around the body, but it doesn’t generate the relatively high pressure that the human heart can achieve.

Without blood vessels, the heart doesn’t need to pump blood at high pressures to get it to reach every part of the cockroach’s body. Thus, if you cut a cockroach’s head off, it might lose a few drops of hemolymph, but nothing more and the head(less) wound will quickly be sealed off by clotting. Decreasing blood loss helps to conserve all the nutrients present in the hemolymph.

A human’s breathing apparatus lies in our heads. Our nose and mouth—the inroads of air to our lungs—are located in our heads. The air zooms in through the nose or mouth, passes into our trachea, and enters our lungs, where blood gets replenished with oxygen. The blood carries this oxygen to all the organs and tissues of our body. In return, the blood gets rid of the carbon dioxide produced by metabolic processes and the lungs throw this unneeded gas out through exhalation. 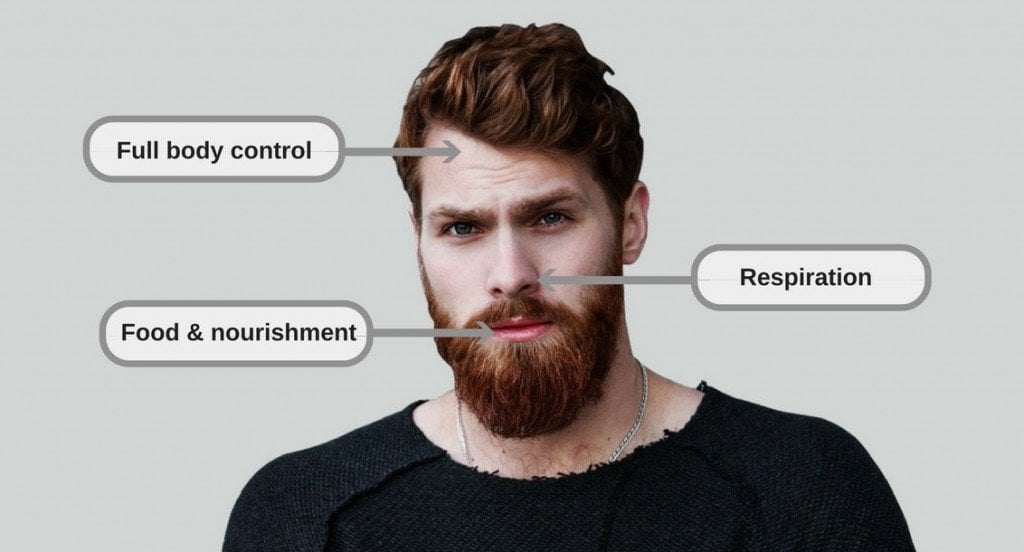 The human head plays host to a number of biological processes that are critical to sustain life.

Cockroaches don’t have a nose. Instead, they breathe through tiny holes in their body called spiracles. In cockroaches, these spiracles are located on the sides of their body and can actually be seen as black dots along its sides (provided the cockroach is big enough and you are brave enough to hold it between your fingers).

Oxygen-rich air moves into the spiracles and is circulated throughout the body in elastic pipes called trachea. These trachea don’t lead to a pair of lungs, but instead directly deliver oxygen to muscles and other organs in the cockroach’s tiny body. The trachea subdivides into tracheoles that reach almost every part of the body. Every cell of the cockroach is close enough to a tracheole to receive its oxygen supply.

Thus, if humans lose their heads, there is no way for us to systematically take in oxygen. For the cockroach, its spiracle’s opening and closing is controlled by motor neurons in the muscles around the spiracle. These motor neurons work independent of the brain’s control, instead processing the signal at a one of the thoracic ganglia, clusters of nerves, that span the belly of the cockroach. One can consider this system as a rudimentary equal to a human spinal cord. 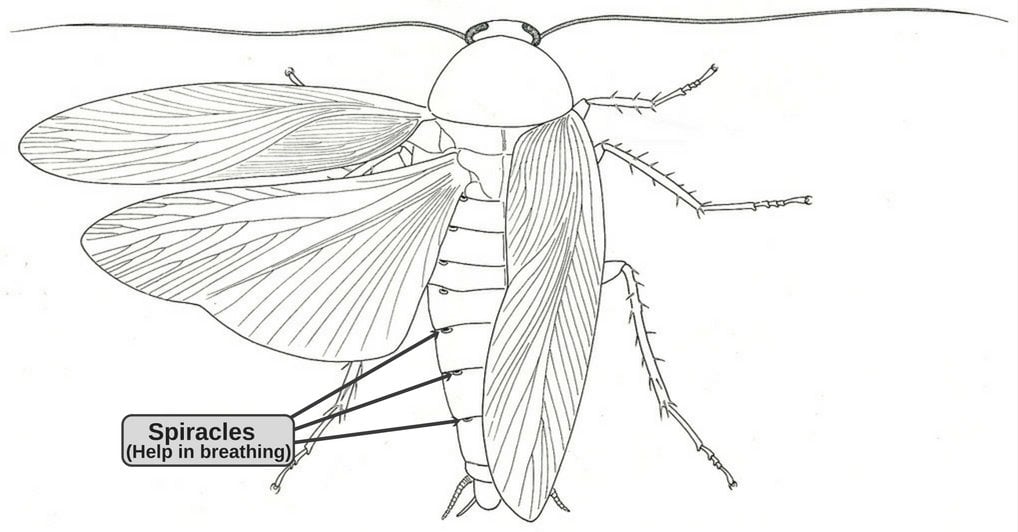 This leads us to the brain

Human brains are incredibly important. They control most of the bodily functions that allow us to live. Most involuntary muscle movements, like our heart beating and the expansion/contraction of our lungs is directed by the brain, more specifically, the medulla oblongata. Homeostasis, hormone balance and temperature regulation is controlled by a tiny part of the brain called the hypothalamus. Our brain even interferes in nutrient status and hunger, not to mention how muscle movement, sensing and emotions are also all controlled by the brain.

A cockroach doesn’t need to worry much about its brain. The cockroach brain controls a wide range of important tasks, such as integrating sensory input (tasting, smelling through its antenna), navigating, controlling its mouthparts and even certain social behaviors. However, the cockroach’s body doesn’t need its brain for essential tasks like breathing or metabolizing food to create energy.

Insects, the little headless cockroach included, have a series of ganglia, aggregates of nerves, along their belly (ventral side). These thoracic and abdominal ganglia are responsible for controlling muscles and organs in the region where the ganglia is situated.

If we lose our heads, we’d be dead in seconds, whereas the cockroach wouldn’t have to worry about most of its bodily functions being affected.

As for the food, roaches are poikilothermic or cold-blooded creatures, which means that unlike their homeothermic counterparts or warm-blooded animals, they can last for days on a single meal from a particularly good food-finding day. Producing heat to keep a constant body temperature requires a lot of energy and therefore more food. Cockroaches don’t need that much, especially if they don’t have to perform any activity; for instance, without a head, they can’t be very physically active.

A cockroach can last for weeks without its head, provided it’s not attacked by a virus, bacteria, mold or predators in that period, and remains in a relatively cool environment.

It isn’t only the body that can last for weeks. The head of a cockroach can also survive just fine without its body. Give it nutrition and the head should also be able to last a few days to a couple weeks! 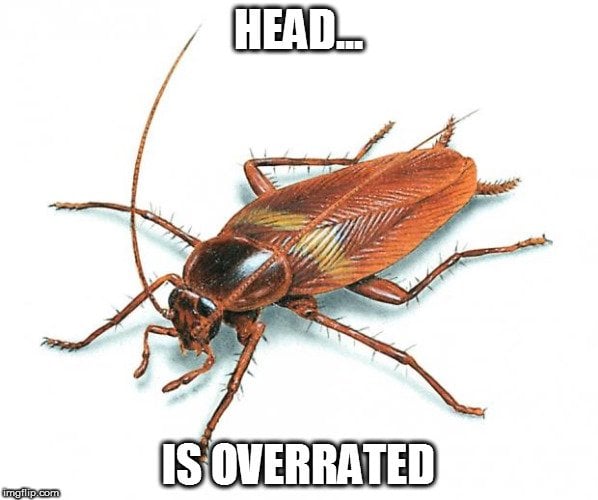 The body doesn’t need the head to survive and neither does the head need the body to survive!

All of these findings have occurred within a lab, not out in the real world. There would be many other variables to consider if a cockroach lost its head out in the real world. Scientists perform such grim experiments to understand how a cockroach’s body functions. Without these experiments, we wouldn’t know much of what we know about the cockroach’s nervous system and the fact that it can survive without its head. If nothing else, these findings should open doors to some thrilling insect-related sci-fi!