Cockroaches are decomposers; they can break down cellulose in wood, they improve the quality of soil through burrowing, and they are a food source for many animals.

A gooey shine coats its dark brown mahogany back with faint stripes running down its back. It shuffles about on its black legs with the tiniest of spines. Its long antennae feel around for food or a good hiding place—at the back of a cabinet or in a pile of your clothes.

Cockroaches are… disgusting. They represent everything dirty and repulsive in the minds of most people.

They crawl out of drains and kitchen sinks, seeking out food and sloppy cabinets, silently scuttling into secrecy at the first sign of light. They have associations and affiliations with germs that cause humans a myriad of afflictions. For urban residents, the cockroach is public enemy #1.

Although this reputation is deserved, many other cockroaches get clubbed in with the few worst offenders. These insects have been around for hundreds of millions of years, long before humans or primates walked the Earth, and represent a vital part of our ecosystem, forming 24% of the arthropod biomass in tropical canopies.

Difference Between Wild And City Cockroaches

The cockroaches that we call pest control to eliminate and those that live in the wild are different. The cockroach is part of the Order Blattodea (also shared by termites). The two families that comprise the largest portion of cockroaches are Blattidae and Blaberidae.

The pestiferous cockroaches belong to the Blattidae family; two of the most notorious members are the American cockroach, Periplaneta americana, and the German cockroach, Blattella germanica (though the latter actually belongs to the family Ectobiidae). The German cockroach is one of the most adaptable and invasive cockroaches. (Photo Credit : gailhampshire/Wikimedia Commons)

However, the disgusting pests represent only 70 species out of the more than 4000 species of cockroaches. The other 3930 or so cockroaches form one of the largest groups of arthropods and play a critical part in the theater of the natural world.

Most wild cockroaches are essential for the health of the ecosystems they inhabit. Unfortunately, their reputation has been tainted by a few outlaws that prefer to raid our pantry shelves and carry germs that are dangerous for humans.

Cockroaches are omnivores, which means they aren’t picky eaters. More formally, omnivores are those animals that can eat both plants and animals. On top of this, they are also decomposers that eat dead and decaying matter. This makes them one of the ultimate garbage collectors of nature.

In nature, there are no funerals or burials, nor maintaining “respect for the dead”. Dead matter still has nutrients that other animals can eat and gain energy from.

Larger decomposers like vultures will feed off most of the meat from a carcass, while smaller decomposers like bacteria, nematodes (very small worms), and fungi will break the down the matter into much smaller nutrients. This benefits the soil in the area, giving the flora rich soil to grow in. This is called the nutrient cycle. 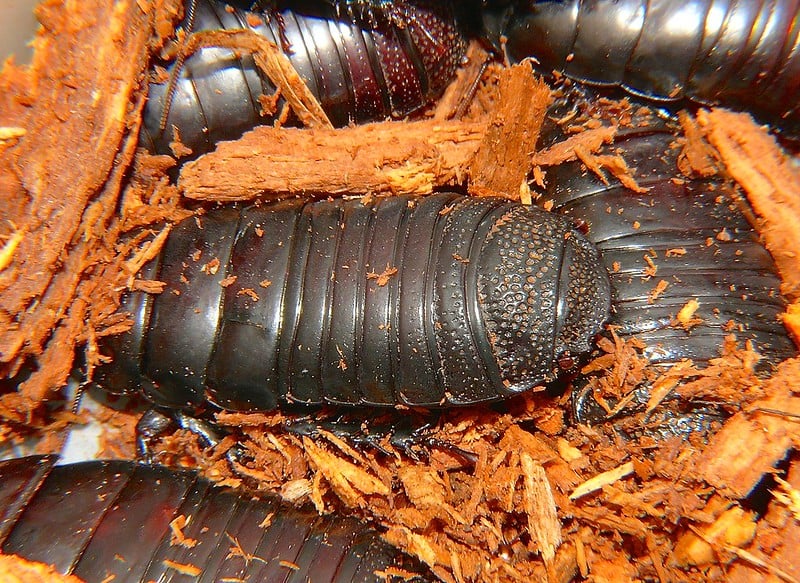 While cockroaches are omnivores, their greatest decomposition talents lie in breaking down the cellulose in wood. Cellulose is a difficult carbohydrate to break down because not only is it a stable polymer, but it’s also locked in by a protein called lignin, which makes it very hard and durable.

Also Read: What If There Were No Cockroaches?

Many insects and animals simply cannot digest cellulose because they don’t have the right microorganisms that can metabolize bark. Cockroaches and their relatives (the termites) don’t have that problem.

Thanks to their wood-eating microorganism friends, cockroaches can return the wood to the soil.

Many cockroaches don’t have wings, for example, those that live on the ground in Australia. These ground-dwelling critters often burrow deep, like the giant burrowing cockroach, whose burrows can reach up to 6m, forming an impressive subterranean maze.

Burrowing can be good for the soil. It mixes nutrients in the soil, aerates it, changes its texture and porosity, alters its chemical profile, and improves the soil’s drainage capabilities. Their burrowing routes can even be a benefit to plant roots, as not only do they change the physical properties of the soil around them, but their decomposing activities and excretions can benefit the nutrient and microbial profile of the soil too! The Australian Burrowing Cockroaches are some of the most skilled burrowers of the wild, making the soil better around them. (Photo Credit : Charlie Brewer/Flickr)

This is especially important in arid regions, where decomposition might provide important hydration to the surrounding soil.

In human settings, farmers do this by tilling the land to prepare it for seeds. In nature, cockroaches and other insects work as the farmers to keep the soil rich.

Cockroaches Are Food For Other Animals

For many animals, cockroaches are an important part of their diet. Meerkats love to eat cockroaches—remember Timon from The Lion King feasting on the critters? Other than the meerkat, lizards, snakes, spiders and even other insects prey on cockroaches. Some parasitic wasps lay their eggs inside cockroaches, allowing their young free food and protection.

Cockroaches are a great source of protein and fat (not as great as crickets though). Both adult cockroaches and their immature forms, called nymphs, are considered to be an alternative source of feed for pets. For example, research performed by Bosch et al. in 2014 showed that cockroaches rated relatively high on protein and amino acid scores.

Cockroaches Are Model Organism For Research

The humble fly, Drosophila melanogaster, takes the best friend badge in science, but behavioral scientists are also using cockroaches to understand how insects form social networks. A 2007 paper published in Science looked at how cockroaches organize into groups and make decisions.

Many cockroaches fly or walk solo, but there are a few more extroverted species that are subsocial. Subsocial means that the group doesn’t have a fixed structure or hierarchy, but they associate with each other gregariously. What this mostly means is that female cockroaches take care of their young and live with them.

Termites, the cousin of the cockroach, is a eusocial insect; the termite society has a strict structure and individuals need the society to survive. This is not so for subsocial cockroaches; they may have a common nest, but won’t take care of each other’s young or give up their reproduction for the greater good of the nest.

Studying social behavior in insects is informing scientists of how such behavior evolved in the first place, as well as giving engineers some inspiration for self-organizing robots! The Madagascar Hissing cockroach is a popular pet.

In 2020, researchers found two 99-million-year-old cockroaches frozen in time within amber. Found in Myanmar, these very old cockroaches are causing researchers to rewrite nature’s history books. These cretaceous creepy crawlies are the first “troglomorphic” organisms, meaning those that live in the dark environments of caves.

Also Read: Why Do Cockroaches Die On Their Backs?

To most people, cockroaches are just an annoyance that we squash with the heel of our boot or spray with a new cocktail of pesticides. However, many cockroaches are fascinating, living complex and interesting lives that humans might know nothing about.

I often joke that cockroaches have already been everywhere in the world and seen every beautiful place we humans have yet to discover. Given how many types there are, how good they are at surviving, and how long they’ve been on the planet, I think it’s a pretty safe bet!