Car exhaust fumes are harmful to humans because they contain certain poisonous chemicals, including carbon monoxide, sulfur dioxide, nitrogen oxides, formaldehyde, benzene and soot, all of which can be detrimental to the human body if consistently inhaled in large quantities.

Car exhaust fumes contain certain poisonous chemicals, including carbon monoxide, sulfur dioxide, nitrogen oxides, formaldehyde, benzene and soot, all of which can be detrimental to the human body if consistently inhaled in large quantities.

Sometimes, we like things that are just plain weird and make very little sense in an otherwise sensible world. I have a friend who likes eating pieces of chalk, another who likes eating soil (I’m not kidding), and a third who likes the aroma of pesticide smoke. I can’t judge them too much, however, because as a child, I used to love the smell of gasoline, while some of my friends loved the smell of car exhaust fumes!

While such preferences are irrational and a bit odd, some are much more than that. For example, smelling (which in effect becomes inhaling) car exhaust gases is extremely harmful to the body. In the most extreme cases, it can kill people who are exposed to large doses.

As you already know, the vast majority of vehicles need oil/gas to power its engines, allowing certain mechanical and chemical reactions to occur and run the vehicle. All that stuff that goes on under the hood of a car (primarily the combustion of the fuel) releases a mixture of gases and suspended particles, which we collectively refer to as exhaust gas. 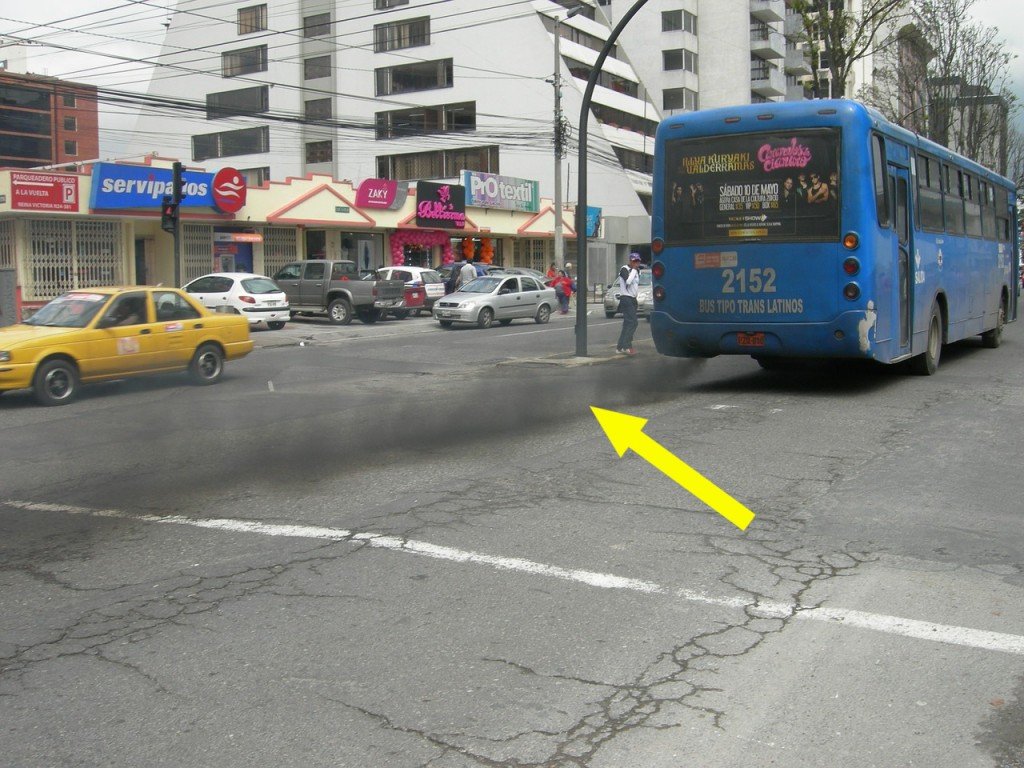 Exhaust gas accounts for the majority of an automobile’s emissions, as it is mainly released as a byproduct of the combustion of certain fuels, such as diesel, petrol, natural gas, fuel oil etc. The exhaust gas of a vehicle is removed from the vehicle and released in the environment through what is known as the exhaust pipe or propelling nozzle.

Exhaust fumes are notorious for being unhealthy both for humans and the environment, due to the presence of certain chemical substances that are all too well known for being harmful to humans. It should be noted that not all components of exhaust fumes are harmful; they also consist of non-toxic components, such as nitrogen, water vapor and carbon dioxide (although that is a greenhouse gas and a chief contributor to global warming). But before we take an in-depth view of the gases and their effects, we will make a list of these gases!

In this article, we will look at some of the undesirable and toxic components of exhaust fumes one at a time:

No discussion pertaining to car fumes and its dangers can be complete without mentioning this hazardous gas. Carbon monoxide is a colorless, tasteless and odorless gas in itself, and is one of the chief culprits that make exhaust fumes hazardous to human health, as it binds to the hemoglobin in our blood, which results in suffocation.

If exposed to even a minuscule amount (0.0035%) of carbon monoxide constantly for 6-8 hours, one will start experiencing the initial symptoms of carbon monoxide poisoning, which include lightheadedness, confusion, dizziness, and headache. It increasingly becomes worse as the concentration of the gas in the air rises.

Also Read: Why Do We Like The Smell Of Gasoline? 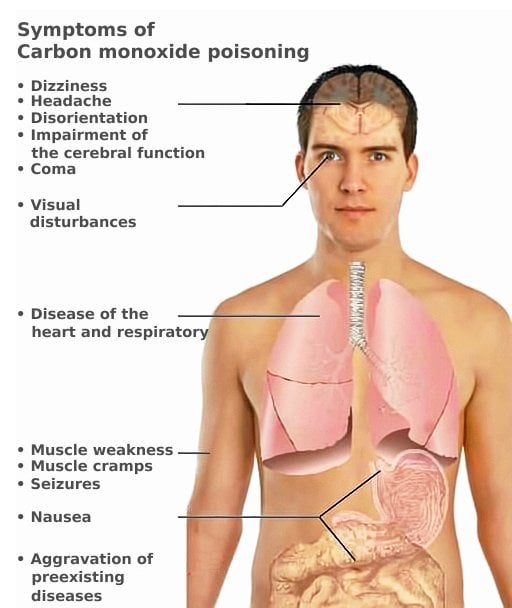 At the end of the spectrum of its adverse effects is death of the exposed individual in less than 3 minutes, if its concentration in air is 1.28% (12,800 ppm) or more.

Exhaust fumes contain certain hydrocarbons (compounds containing chains of hydrogen and carbon atoms), particularly benzene, which has dangerous consequences to our health both immediately and over the long term. As a well-known carcinogen (something that causes cancer), benzene is known to severely impact bone marrow, which could lead to a drop in the number of red blood cells, leading to anemia.

According to the Department of Health and Human Services (DHHS), benzene can cause cancer of the blood-forming organs (or leukemia) if one is exposed over a long period of time.

A colorless gas with a sharp, pungent smell, sulfur dioxide irritates the organs of the respiratory tract, including the nose and throat, causing wheezing, coughing and shortness of breath. In the long run, prolonged exposure to sulfur dioxide has been associated with asthma and other similar conditions.

Soot is that powdery stuff that makes exhaust fumes black. 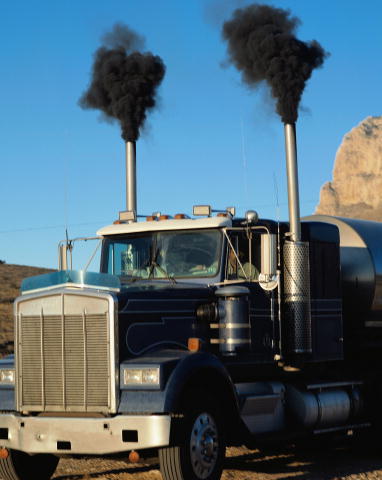 That’s pretty much what soot is (on the outside, at least). More specifically, it is mass that is left behind as a result of the incomplete combustion of hydrocarbons.

The detrimental effects of soot are too many to list, but they include influenza, asthma and even cancer. Soot deals a nasty blow to the respiratory organs of people who are constantly exposed to it. It’s also associated with acute vascular dysfunction and an increased risk of coronary artery disease.

Soot hurts the environment too (as do the other chemicals listed above). In fact, soot is so bad for the environment that it accounts for over one-quarter of the total hazardous pollution in the air!

Also Read: Do Plants Next To Roads Absorb Pollution And Become Harmful?

In a nutshell, it’s pretty evident that exhaust fumes, regardless of whether they come from a small car or a giant manufacturing plant, are doing some really serious damage not just to us, but to the whole environment. It’s wise, therefore, that we do our best to limit our own emissions as much as possible. And in the meantime, shake the habit of smelling the exhaust fumes of cars!

How well do you know the toxicity of exhaust fumes emitted from vehicles?