According to the EPA, transportation causes only 10% of PM 2.5 and PM 10 in the United States. Air pollution is primarily caused by industrial effluents, stubble burning, etc.

Imagine what the world would be like without vehicles! First and foremost, there would be a lot less air pollution, but you would also have to walk to work, school and even different countries! Obviously, all early civilizations had to deal with such restrictive conditions.

Then came the idea of a wheel, which led to transportation becoming much easier than walking by foot. The world has now reached such a time when owning a vehicle is as necessary as breathing to some people. Think back to high school. Whenever there was a question about pollution, what always got mentioned? The vehicles! Every student has, at least once, written about the consequences of increased automotive traffic in an essay about the environment.

How Much Do Vehicles Really Contribute To Air Pollution?

According to the US Environmental Protection Agency, cars represent 75% of the United States’ carbon monoxide pollution footprint. When these pollutants are emitted into the atmosphere, sunlight and heat react with them, and smog is formed. The problem is so grave that even though the United States has only 30% of the world’s vehicles, it contributes about half of the world’s automotive air pollution! 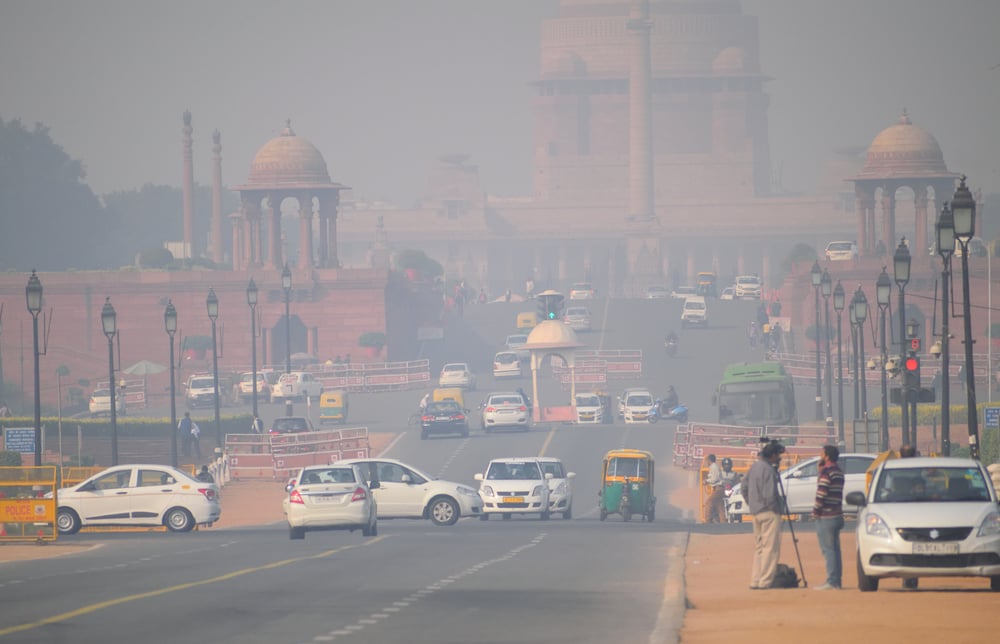 Furthermore, according to a 2015 report, diesel vehicles were largely responsible for poor health symptoms caused by air pollution in India. Also, according to the WHO, nearly 3.7 million premature deaths are caused by outdoor air pollution every year, which is primarily composed of pollutants coming from vehicles.

According to the Union of Concerned Scientists, cars and trucks are one of the leading causes of air pollution globally. Through this statement, we can make an obvious inference. Apart from automotive vehicles, other factors also actively pump pollutants into the air, making its quality unfit for breathing.

Vehicles clearly affect pollution levels in a city by contributing to carbon emissions. They also cause increased emissions of NOx, which are chemical compounds containing nitrogen and oxygen, such as nitric oxide and nitrogen dioxide. NOx, in turn, contributes to the formation of smog and acid rain.

Other Contributors To Air Pollution

There are some other factors that are equivalent or perhaps far more prominent contributors to air pollution. These factors include wildfires, stubble burning and effluents from industries, among others. Erupting volcanos emit aerosols into the air, which means natural disasters are also one of the contributors.

In some countries, such as India and China, rural people burn biomass for cooking and keep themselves warm. Because the populations of these countries are so massive, these activities become significant contributors to the high concentration of particulate matter in the air.

What Are Some Specific Cases In The World Where ‘Other’ Factors Contribute To Air Pollution?

New Delhi, the capital of India, lies in a landlocked region of the country. However, this area is close to the fertile plains where agriculture takes place on a massive scale.

However, the farmers in this region follow a practice called stubble burning. Stubble burning refers to the burning of crop residue after harvesting the actual crop. The background of this issue can be attributed to the usage of the PUSA 44 variety of paddy. Essentially, Indian farmers primarily rely on cultivating this variety.

Also Read: Do Plants Next To Roads Absorb Pollution And Become Harmful?

The downside is that the PUSA 44 variety of paddy is a long-standing one, and provides less time for further cultivation. This is because, during mechanized harvesting, the plant is cut 50-60 cm above the ground. The disposal of the remaining straw is complicated, as this type of residue doesn’t form good chaff, which could then be fed to animals.

Therefore, it leaves the farmers with no other option but to burn it!

Unlike Mumbai and Chennai, which are found on either coast of India, Delhi’s wind speed doesn’t do a great job of blowing away the particulate matter from these fires. Stubble burning not only increases the black and brown carbon emissions, but also contributes increased levels of nitrogen dioxide in the air. Because nitrogen particles are the main constituents of PM 2.5, the atmosphere in this region becomes dangerously polluted. 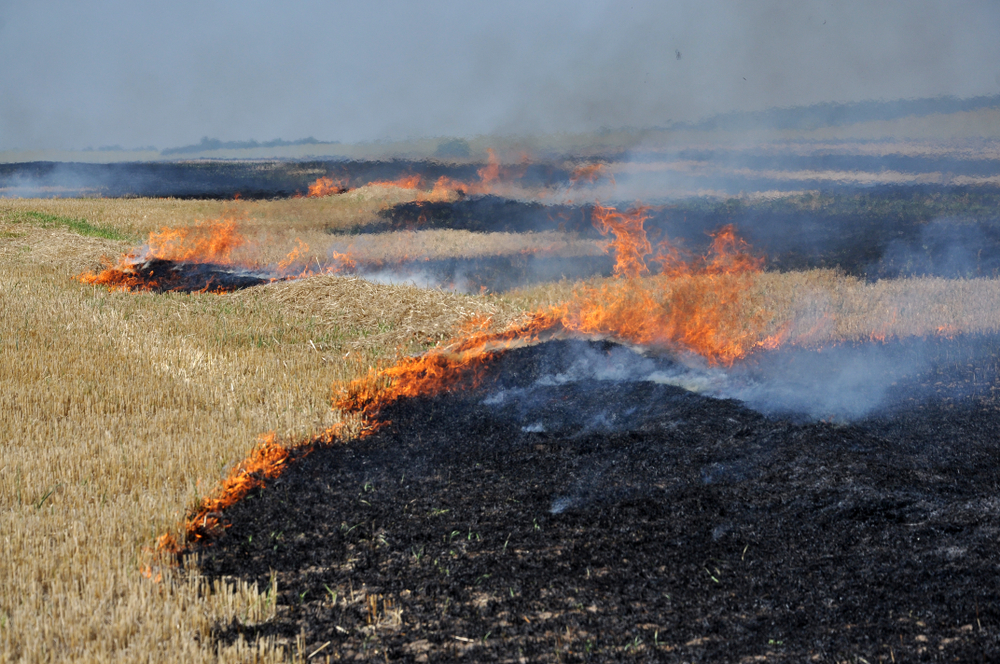 Another example is that of Hotan, China, which stands at number 8 of the Greenpeace and IQAir AirVisual list of the world’s most polluted cities.

This city lies near the Taklamakan Desert of the Xinjiang province. Regular sand storms take place in the desert, which have the ability to dramatically increase the PM 2.5 of the region. The city is still developing and has many factories that contribute to poor air quality. 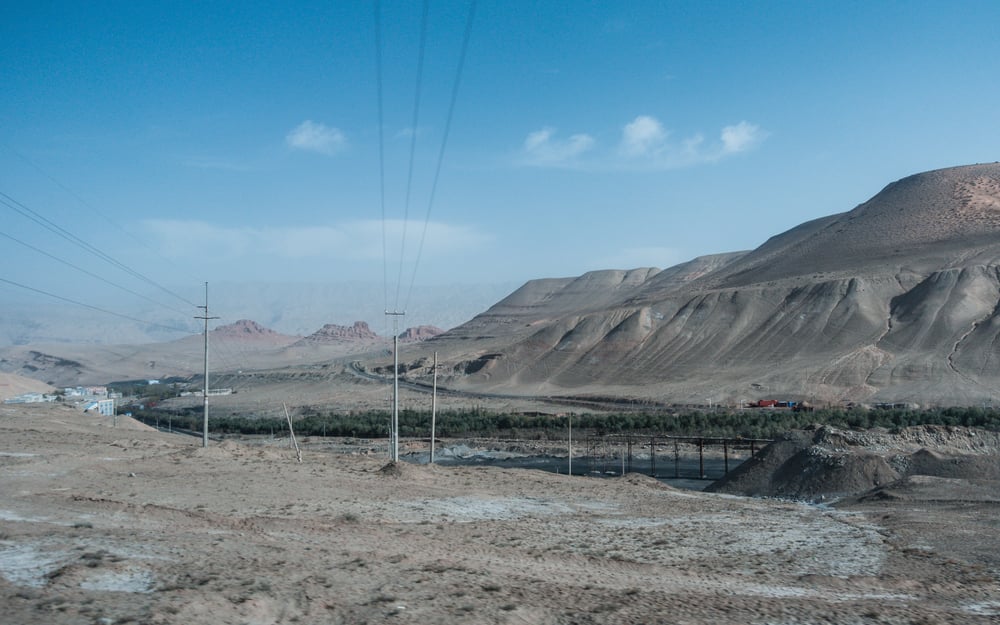 You might consider this unusual, but according to the United Nations, agriculture causes 18% of greenhouse emissions. Cattle, being emitters of methane, are one of the significant sub-factors within agriculture that lead to such emissions.

How Can We Reduce Vehicular Emissions?

From the above facts, it’s quite clear that transportation, along with the other factors, cause air pollution. Now, let’s take a look at what we can do to reduce it. We can only reduce transportation pollution if we come up with more energy-efficient, yet useful vehicles. Instead of focusing on electric means of transport, we can also choose to rely on our age-old bicycles. This is precisely what Nordic countries have been doing more and more in recent years.

Cycling can be a great way to reduce inactivity in people, while also contributing to a greener and cleaner atmosphere. If you travel through to Stockholm, bikers filling the colorful streets is not an uncommon sight. Not only does it stop the drive to make more factories, which also end up contributing to pollution, but it also reduces the traffic congestion that we experience in big cities, such as Los Angeles and Bengaluru. 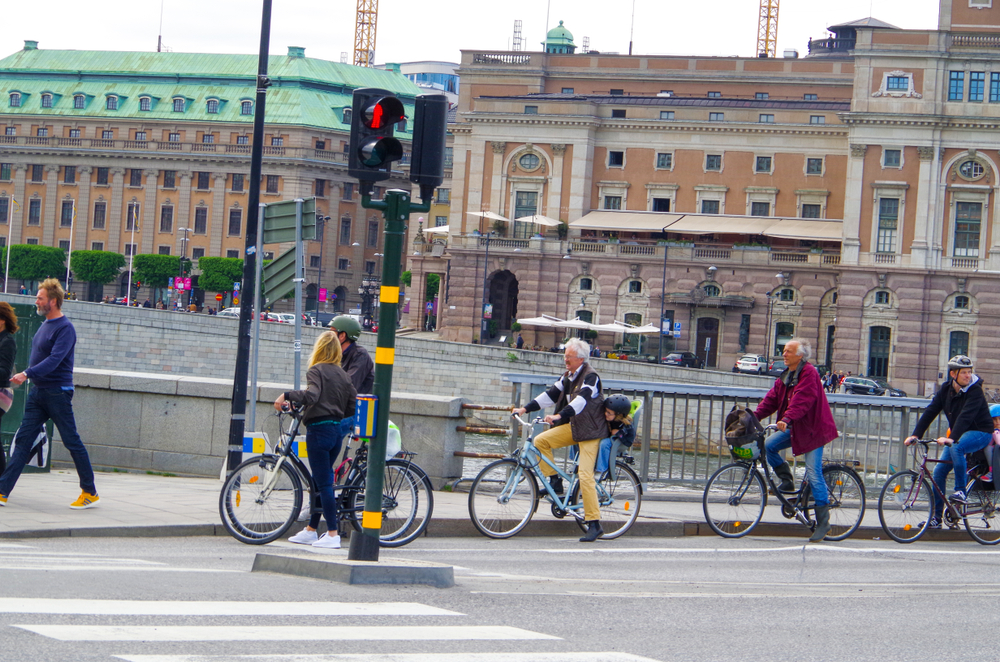 According to the US Environmental Protection Agency, the transportation sector is responsible for only 10% of PM 2.5 and PM 10 emissions in the US. This justifies the fact that vehicles don’t deserve all the blame. However, they do deserve some of it!

The concept of going back to the earliest civilizations who used to travel on foot is undoubtedly impractical. This is why we have to make a choice. Either we can choose to drive our big flashy cars and live the rest of our lives wearing an N95 mask, or start pedaling more bicycles and restore our environment to its healthy past!