The wheel is thought to have been invented around 3500 BC by a Homo sapiens living in Mesopotamia. This first wheel was not used for transportation, but for pottery. The first wheeled vehicle was a bullock cart, followed by war chariots and four-wheeled carts of the gods. The spoke wheel was invented in around 2000 BC, which considerably reduced the weight of the wheel.

The wheel is often cited as the hallmark of man’s innovation, because the invention of the wheel has proved to be one of the biggest blessings for humanity. It is used in almost all modes of modern transportation–from basic carts, cycles, motorcycles and cars to trucks, trams, trains and planes.

The ‘world as a global village’ philosophy has become a reality because of the wheel, as we can cover long distances in a short time. However, have you ever wondered how this ‘hallmark innovation’ came into existence? 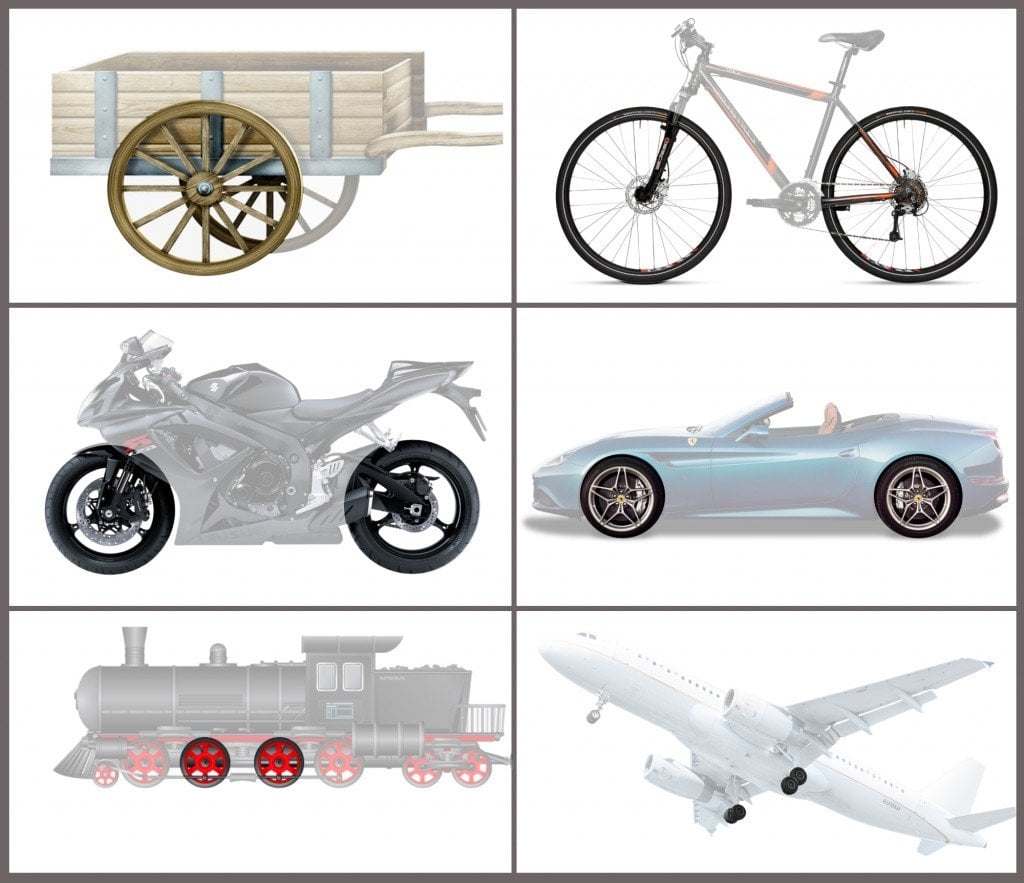 Wheel: the backbone of our transportation system

When you carefully peruse the history of mankind, you’ll notice that most inventions were actually inspired by the natural world. For example, the idea for the pitchfork came from forked sticks in the wild. Similarly, it was gliding birds that served as the muse for the invention of the airplane.

One of the reasons it took a long time for man to invent the wheel is because there was no organic example of the wheel in nature, although the work of naturalists like Michael La-Barbera from the University of Chicago suggest that bacterial flagella, tumbleweeds and dung beetles do come close. Some biologist calls these “wheeled organisms”, but that’s a very loose term, as they roll as a form of locomotion, but are not perfectly spherical or circular. 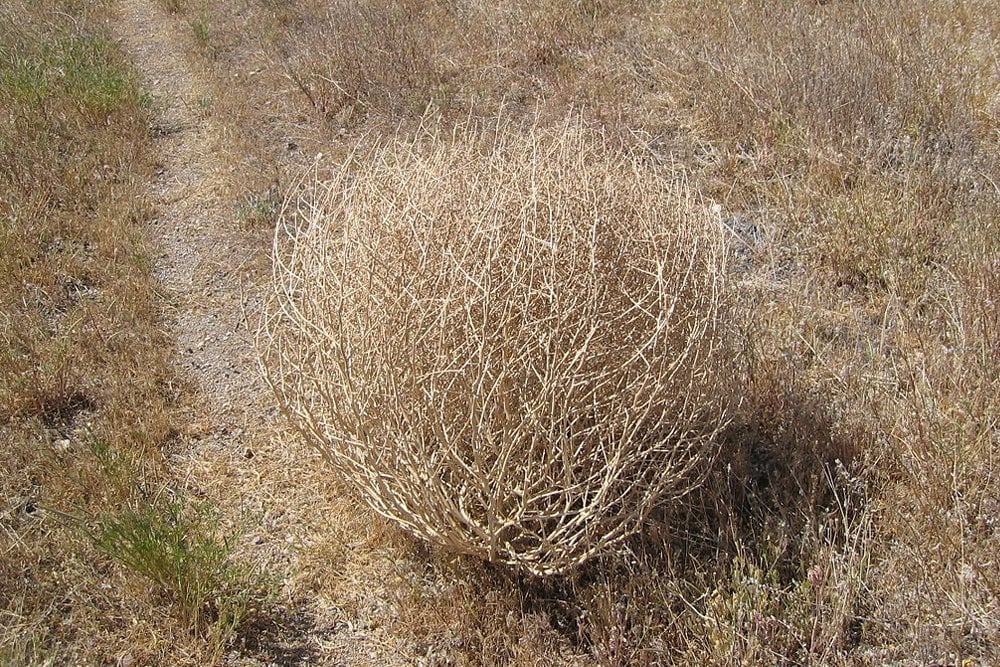 The Invention of the First Wheel

Wheels eased the job of carrying heavy loads across distances, but before the invention of the wheel, man himself used to carry those heavy loads. Later, he began taming animals, like oxen, horses, donkeys and camels, and used them for carrying the loads. Gradually, men started carrying loads by dragging wood planks with the help of animals.

After a long time, around 3500 BC, an idea struck one of the wise Homo sapiens residing in Mesopotamia (present-day Iraq). He cut a disc from the trunk of a tree and made a hole in its center; the end product was the wheel—arguably the greatest invention in human history! The wheel he invented was not used for transportation, however, but for pottery. 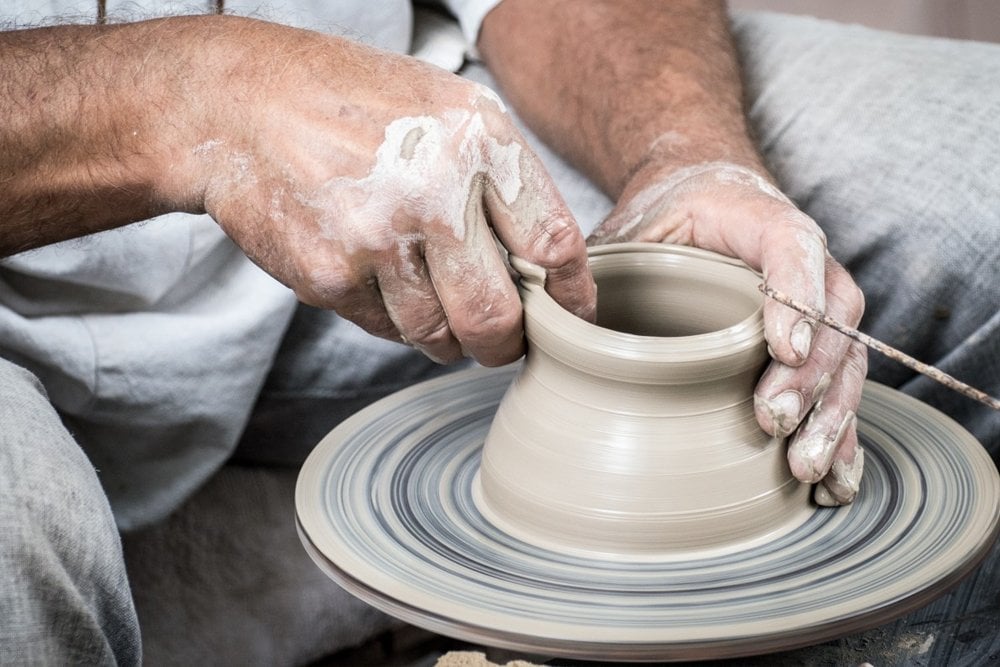 The Wheel as a Vehicle

After a brief stint of using the wheel for pottery, someone used two wheels to form a cart. He made this from the trunk of a tree, which was joined by an axle that was fastened to a platform of wood. This was the first crude cart in the world. In this cart, both the wheels and axle moved. The next improvement in the use of the wheel was fastening the axle to the vehicle and letting the wheels spin freely. The first wheeled vehicles were bullock carts, war chariots, and four-wheeled carts of the gods. Gradually, the spoke wheel was invented in around 2000 BC, which considerably reduced the weight of the wheel.

Much of the credit for progress in the modern age goes to the wheel, but the wheel has also become a source of death for many! Actually, in the Middle Ages, ‘breaking on the wheel’ was a form of capital punishment.

A culprit would be stretched across the face of a wheel and bludgeoned to death by an iron-rimmed wheel pounded over him with a hammer. In one such variation, in the early fourth century, Saint Catherine of Alexandria was wrapped around the rim of a spiked wheel and rolled across the ground. As per the legends, the wheel ‘divinely’ broke and Saint Catherine was able to escape. The breaking wheel since that time has been called a Catherine wheel. For centuries, scientists, mathematicians, tinkerers, and even philosopher have tried to master perpetual motion— a device that, once set in motion, would continue in motion perennially, producing more energy than it consumes. One of the easiest attempts to design this machine was using a wheel.

A watermill wheel is an example of such a machine that uses changes in weight to incessantly rotate. However, no matter what the design philosophy was, all such perpetual motion machines violate the first and second laws of thermodynamics, which state that energy cannot be created or destroyed, and that some portion of energy is lost in converting heat to work. Many patents for a wheel-based perpetual motion machine have been discarded by the US Patent office because inventors were unable to produce proper working models. The First Patent of the Wheel

Although the wheel is an ancient invention, it is interesting to learn how patents related to wheels were procured. Now, according to the records at the US patent office, James Macomb of Princeton was the first man to secure a patent involving a wheel for the design of a horizontal hollow water wheel for hydropower. Although the patent office acknowledges the issue of a patent to him, the original record of the patent was destroyed in the unfortunate 1836 US patent office fire.

Our Progress Continues with Wheels

With the passage of time, numerous improvements have been made to the design of wheels. Today, the rims and spokes of the wheels are typically made of iron. Rubber tires and tubes are then put around them. Due to these improvements, the wheel has become lighter, more efficient and long-lasting. It is not an exaggeration to say that, with the help of the wheel, the world is progressing as fast as ever!