As loyal as a dog. As peaceful as a cow. As curious as a cat.

It is impossible to think of a world without animals. In fact, some of us consider animals to be family members! However, around 12,000 years ago, this was not the case. Our ancestors had to spend considerable energy defending themselves against various animals who now walk beside us!

We cannot imagine our life without the joy of animal companionship. (Photo Credit : GoodFocused/Shutterstock)

When did we start getting close to animals?

Around 12,000 years ago, prehistoric humans had just survived a harrowing ice age and entered what is known as the Neolithic Age. Before the Neolithic age, namely in the Paleolithic and Mesolithic ages, our ancestors did not linger in one place for too long; instead, they migrated long distances in search of warmer climates, food, or moving away from the threat of predators.

However, after the ice age, the weather got warmer, which led to the better growth of plants. Humans gradually began obtaining food primarily from grains, instead of prey. To do this, they were required to settle in a particular place, eventually forming colonies, families, and farmland, which became the fountainhead of culture. 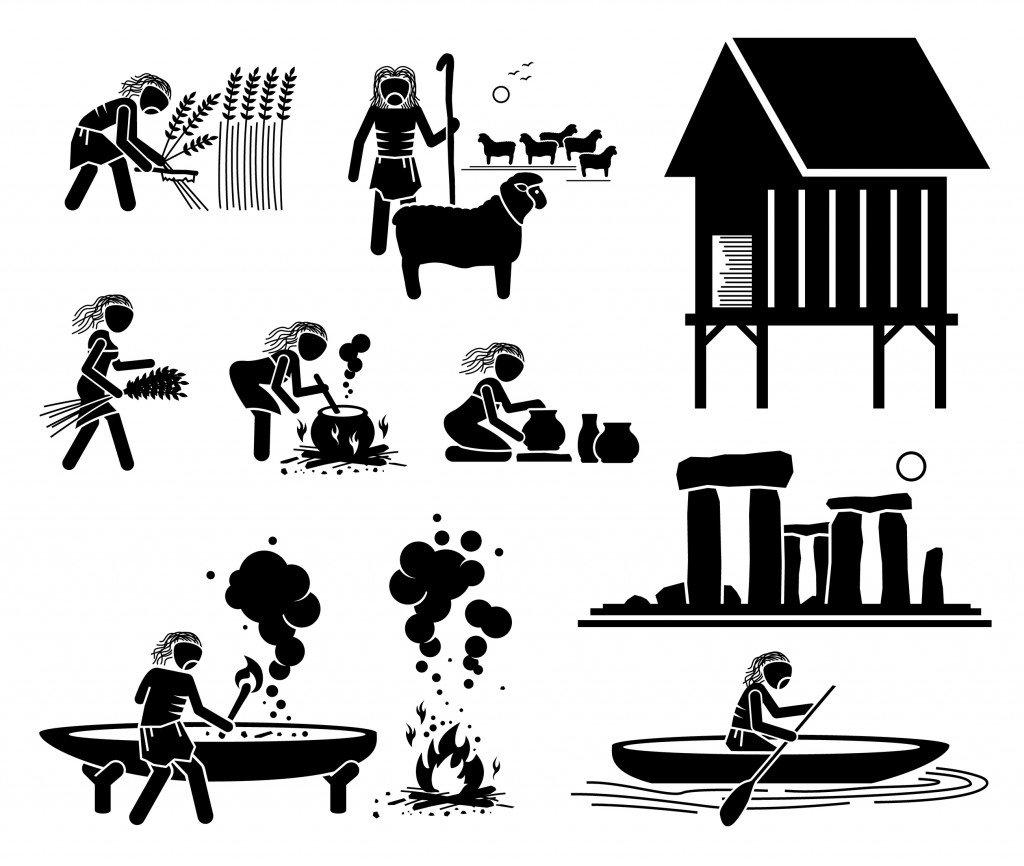 The Neolithic Era marked the shift of prehistoric humans from hunter-gatherers to farmers and pastoralists. (Photo Credit : Leremy/Shutterstock)

This change was a crucial turning point in the evolution of the human species, from a cultural point of view, and was imperative for reaching the current state of human civilization, marking the transition of humans from nomads to settlers.

The relatively warm climate led to the beginning of agriculture. However, a bounty of crops and grains soon attracted animals to these early human settlements. Sooner or later, our ancestors realized the utility of herd animals, such as cattle, for farming. They also discovered how wolves might be of help in hunting. Thus began the human endeavor of domesticating animals.

How did animal domestication occur?

Neolithization is the term used to define the transition of humans from hunters and gatherers to settlers and farmers. Neolithic humans were industrious, harnessing land to grow crops and sustain their livelihood. When they realized how instrumental certain animals could be for human survival, they began devising ways to utilize this.

Unknowingly, our ancestors used the power of evolution to domesticate animals.

Natural selection is the mechanism by which particular characteristics are hand-picked by evolution and passed down from one generation to another, like a scanning machine in a factory, eliminating any defective and useless products. Hence, natural selection only selects functions that are advantageous to the survival of organisms to be handed down from one generation to another.

The animals that humans domesticated were used to serve as food resources, including meat, eggs, and dairy, provide clothing in the form of hides and skins, ensure protection from other wild animals, hunt for food, and to act as companions. 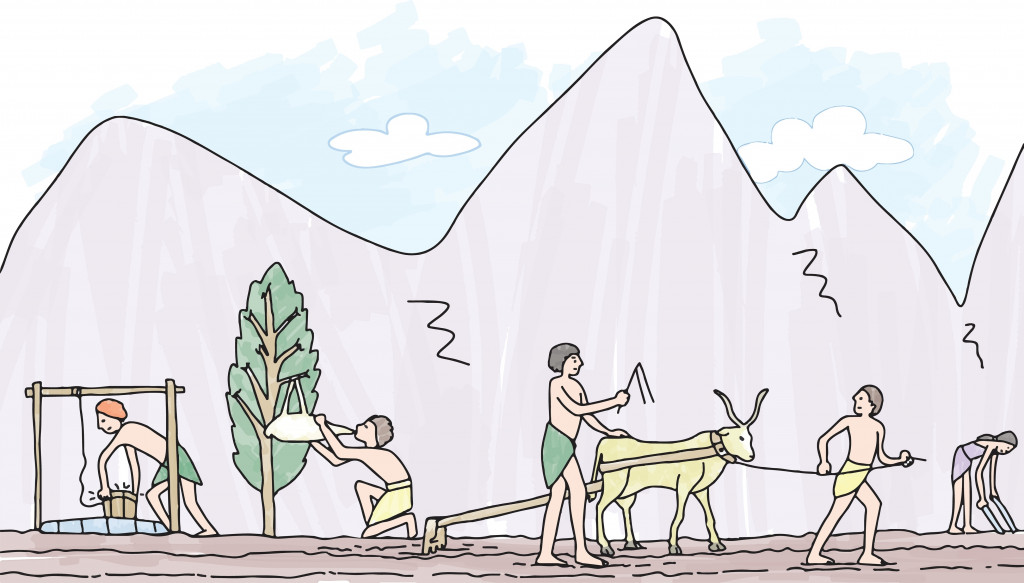 However, only a tiny portion of all animals has actually been domesticated. One reason for this might be the social structures of the animals we domesticated. Wolves, the evolutionary ancestors of modern dogs, are social pack hunters. Cows and oxen move around in large social herds. The hypothesis goes that these animals were already familiar with something akin to a social structure. Hence, such animals proved to be much easier to tame and domesticate than solitary animals, such as foxes.

How did domestication change animals?

The domestic animals who surround us today show significant differences in behavior from those of their ancestors.

The genetic composition of present-day pets and their wild counterparts has not undergone a drastic change. For example, a typical house cat shares much of its genome with wild cats, which may be hard to believe. However, there have been major changes in the behavior of pet animals that have allowed them to fit in much better with humans. These changes have been reflected in their brains as well.

One reason why domesticated animals are so “nice” to us, whereas wild animals are much more aggressive, has to do with certain brain chemicals. These brain chemicals, known as neuropeptides, act as neurotransmitters that are responsible for regulating the mood and behavior of animals.

A difference in the level of neuropeptides, known as CALCB and NPY, has been observed in the prefrontal cortex of the brains of dogs and wolves. These chemicals might play a role in how we express emotions, such as anxiety and depression. The differences in their levels might also be what makes a dog far easier to tame than a wolf. 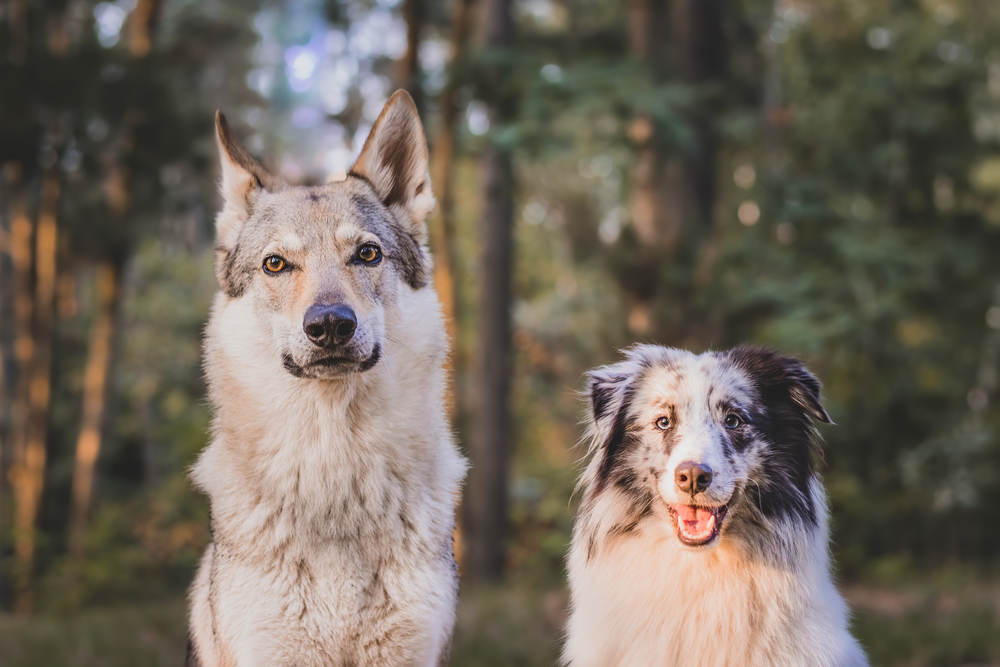 Although still sharing a major proportion of their genes, dogs and wolves demonstrate significant differences in their social behavior. (Photo Credit : Michaela Sebova/Shutterstock)

In the Neolithic Age, relatively social animals probably infiltrated the emerging human settlements, most likely searching for food and prey. When prehistoric humans realized the utility of such animals, they began luring them into their settlements using food and shelter as bait. Prehistoric humans even traveled with their pets, introducing such domesticated species across new regions, and tamed them for safe co-habitation.

Such animals adapted themselves to the diets prevalent within human settlements, and since there was no real need to be wary of predators, animals like wolves and wild boars became less aggressive and more social, a trait that became more and more dominant over time, thus allowing for their domestication.