When excessive unburnt fuel from an engine enters the hot exhaust passageway, it results in loud crackling sounds and flames that exit from the exhaust in a dramatic fashion!

A loud raucous exhaust that sounds like shellfire gets almost every automotive aficionado’s heart pounding. Usually associated with sports cars, loud exhausts are surpassed in their grandeur only by one phenomenon. Flames!

Like fireworks, flames exuding from an exhaust pipe are a spectacular phenomenon to witness, especially in exhibit-like or competitive settings. They can be either intentional or unintentional, but they never fail to strike onlookers with awe. 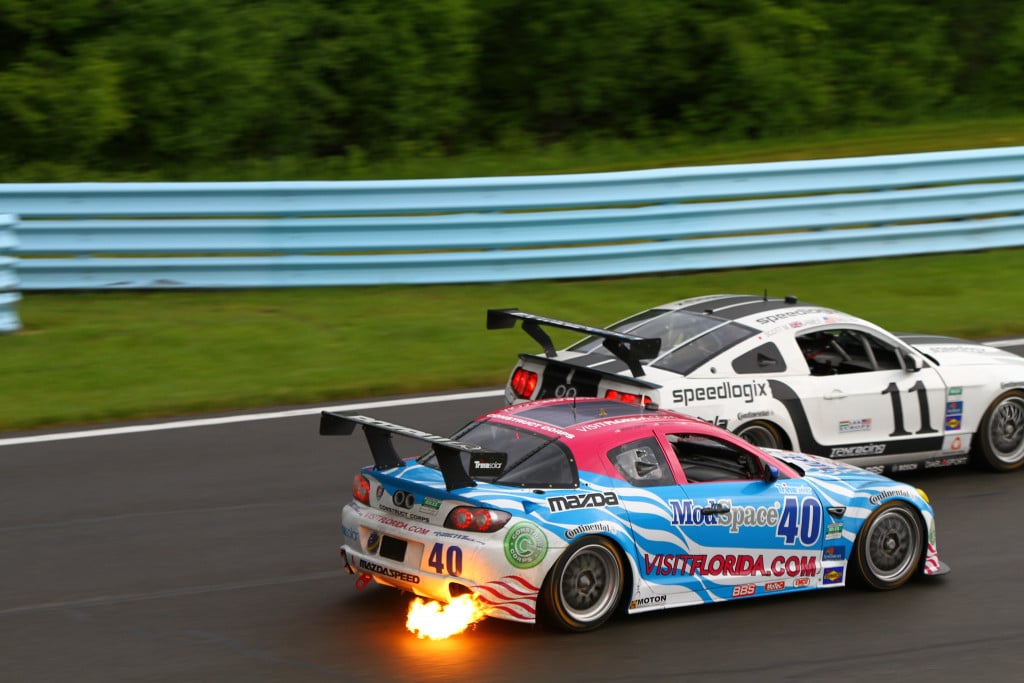 Flaming exhausts however, are not only illegal, but also a sign of inefficient fuel combustion in an engine! Let’s learn more about this eye-popping phenomenon.

How Can A Car Shoot Flames From The Exhaust?

The process can be divided into two stages, namely Overrun and Exhaust Combustion.

If you drive a stick shift, you might have experienced engine braking in the past. If not, here’s a quick tutorial. Find yourself a safe and empty stretch of road. Put your car into first gear and accelerate without shifting up. As the speed of your car increases, so too does the engine RPM.

To maintain your RPM, you need to keep the accelerator pedal held at that position. If you let go of the accelerator in the same gear as you were in, the car will slow down with a sickening lurch. At the same time, the built-up RPM will also drop quickly, because there’s not enough combustion happening in the engine to sustain its RPM.

This process of slowing down is known as engine braking, and can be experienced on all kinds of cars. The instant you let go of the accelerator, the engine has more RPM than it can sustain, due to a lack of combustion. This condition is known as overrun, and engine braking is the result.

While it is easy to experience engine braking, what happens downstream is less apparent, unless you have a sports car at your disposal.

The unburnt air fuel mixture gets pushed to the exhaust pipe, along with the other exhausted gases. However, most passenger vehicles have catalytic converters or ‘silencers’ built into them that clean up the exhaust gases before releasing them into the atmosphere.

A rich mixture has enough fuel to make power, and some surplus fuel that gets dumped into the exhaust manifold of engines (Photo Credit : UtzOnBike/Wikimedia commons)

Also Read: Can Cars Really Explode After A Collision, Like In The Movies?

In vehicles where exhaust pipes are not so restrictive, the unburnt fuel utilizes the heat of the exhaust to combust within the exhaust, instead of in the engine. This results in explosive sounds and sometimes, even flames emanating from the exhaust.

Prerequisites To A Loud And Flaming Exhaust

In order for a vehicle to produce loud sounds and flames, there are certain prerequisites. These are usually default in high-performance vehicles.

When air fuel mixture is adjusted in favor of fuel, it is known as a rich mixture

Exhaust noises can only be produced in petrol / gasoline engines due to their high volatility. As we know, an engine burns air and fuel mixed in a predetermined ratio. When that ratio is adjusted in favor of fuel, the mixture becomes ‘rich’. This results in surplus fuel that later moves into the exhaust stream of the vehicle.

Valve overlap allows the unburnt mixture to ignite as it moves out of the exhaust port, while fresh charge is inducted into the system (Photo Credit : public domain/Wikimedia commons)

An engine is a finely tuned unit, with many parts working in tandem at specific timings. In normal cars, inlet and exhaust valves do not open together, lest unburnt fuel exit the combustion chamber. However, it is desirable, in this case. Hence, the timing of opening for these valves ‘overlaps’ so that unburnt and surplus charge can exit the chamber.

This is accompanied by delaying of the spark that causes the air fuel mixture to ignite. An engine will usually only spark when both valves are shut, so that the power generated is contained within the system for maximum efficiency. In this case, delayed sparking, also known as ignition retardation, helps in igniting the surplus fuel while it’s exiting the exhaust port. 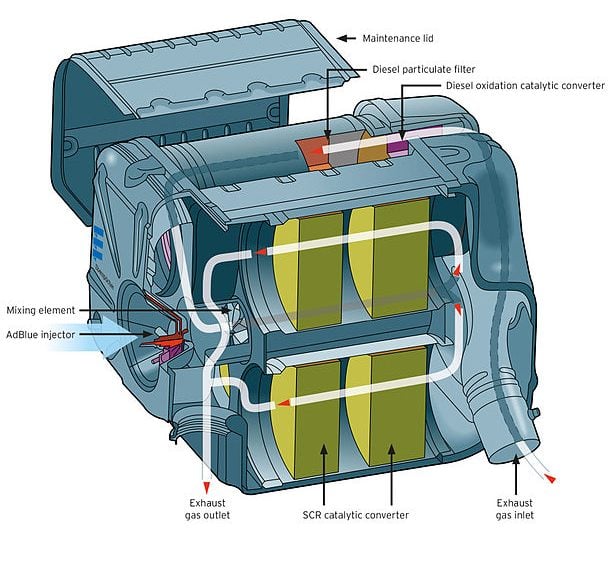 Exhausts fitted by the manufacturers can often be restrictive, resulting in the complete neutralization of unburnt exhaust gases  (Photo Credit : Eberspaecher/Wikimedia commons)

Fitted from factory, exhausts are often restricted by physical and chemical barriers to adhere to noise, safety and environmental regulations. The catalytic converters scrub toxic fumes and even unburnt fuel before it gets a chance to encounter atmospheric oxygen. This can be detrimental to the desired ‘after burning’. Thus, less restrictive or even free-flowing exhausts are conducive for loud crackling and flames.

Is An Explosive Exhaust Noise Damaging To The Engine?

Since the explosions happen outside of the engine, they don’t damage the engine, unlike pinking and knocking, which happen within the engine.

That said, the exhaust system is not designed for taking shock loads and may eventually fail catastrophically. However, such situations seldom arise, as sports cars are designed keeping such situations in mind.

Can A Normal Car Shoot Flames?

The simple answer to this question is no. Commuter cars are designed with efficiency and safety in mind, and are not engineered to be able to make loud pops and shoot flames. That said; there are aftermarket kits that help enable humbler cars to put on this spectacular show.

Also Read: What Is Engine Knocking And The Octane Rating Of A Fuel?

Some kits simply tune the car to sports car-like specification, such as inducing a valve overlap, enriching the fuel mixture or fitting a free-flowing exhaust. The flames that result are purely incidental and cannot be predicted by the driver. However, some kits include sparking circuitry built into the exhaust. All of the unburnt air fuel mixture is routed to the exhaust and ignited, resulting in more intentional and voluptuous flames.

Flame throws and rattling exhausts, however, are not only restricted to cars. The phenomenon is a general observation in all high-performance automobiles such as F1 cars, racing motorcycles and even motorboats with inboard engines!