Adolescence has been romanticized throughout human history. The impulsiveness of teenagers has been both hated and praised, their emotional unpredictability has been scoffed at and eulogized, and their vitality has been mocked envied. So what is it that makes our teenage years so enigmatic?

Adolescence has not just been literature’s favorite object of attention. Even neurology has been preoccupied by trying to understand the teenage brain. Fortunately, the results of the research have been shockingly satisfying! Neurology has proven, without a doubt, that the adolescent brain is definitely different from the adult brain.

Every time we address the impulsive behavior *cough-stupidity-cough* of teenagers, the obvious scapegoat of scientific circles has been the development of sex hormones. Puberty makes the newly sexually active teen seek emotionally charged activities, thus increasing risk-taking behavior. However, there is more to the story than that. Chronic lack of sleep, as it happens, is also an issue.

Sleep is crucial during the adolescent years because major brain redevelopment occurs while teens sleep, due to the release of important growth hormones by the pituitary gland. Teenagers actually require more sleep than adults for this very reason, yet their sleep cycles are largely skewed.

Sleep is regulated by cortisol, a hormone that helps us wake up, and melatonin, a hormone that makes us sleepy. In adults, melatonin is usually released by around 10 pm. In the teenage years, however, melatonin can wait until as late as 1 am to be released! This could be blamed on puberty, but also on the present culture that celebrates staying up late to participate in various global media. At the same time, most schools start quite early in the morning, so the youth, especially those in the new generation, are hardly getting any sleep at all! This naturally makes them more irritable and impulsive.

Yes, hormones do play a large part in erratic behavior patterns, but there is so much more going on in the teenage brain! Most of us are under the impression that our brains finish developing by the age of 6, and while it is true that the size of our brains doesn’t change much after that, its inner workings are not done developing by that point. Major changes are made to the connections within the brain that contribute to the passionate frenzy of the teenage years.

The prefrontal cortex of your brain is the part where all your rational decisions are made. The neurons in the prefrontal cortex communicate with the neurons in the other regions of the brain through synapses, thus playing a major role in weighing choices, controlling emotional responses and impulses, and making judgments. In adults, this region of the brain is fully developed and connected to the rest of the brain, but to reach this stage, it has to go through a long, drawn-out period of chaotic development that begins with puberty and stretches until the mid-20s. 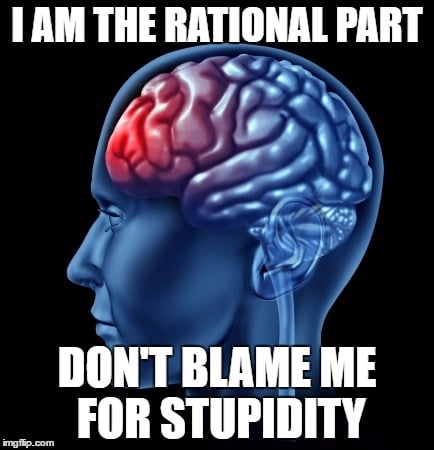 Additionally, the teenage prefrontal cortex is not as effectively functional as it is in adults. Neurons are partially covered with an insulation called a ‘myelin sheath’, which increases the speed of transmission of information. This padding can make the transmissions up to one hundred times faster! But again, the myelin sheaths in teenage neurons are still only half-baked. 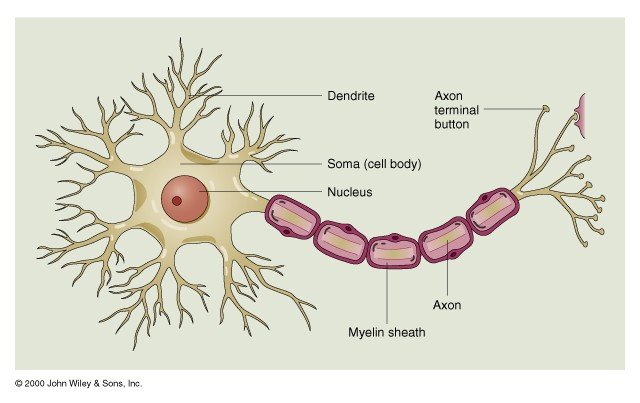 The process of developing myelin sheaths first begins at the back of the brain, where the more fundamental brain parts reside, and slowly progress towards the more advanced parts at the front. The prefrontal cortex is the last to “transform” to this more advanced cerebral network. So, while adults can make rational decisions quicker, teenagers are not as adept at doing so.

This would explain why teenagers experience such frequent mood swings! The other emotional regions behind the prefrontal cortex are much better connected in teenage brains, so all their decisions are immediately associated with emotional impulses, without running those choices by the more sensible prefrontal cortex. 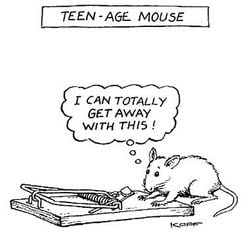 It is not just the quality of the neural connections that change during adolescence. Even the quantity changes, as the number of connections in the brain decreases. So… does that mean you grow stupider as you age? No! On the contrary, your brain actually becomes more structured with the passage of time.

During your adolescent years, you start losing those connections that you don’t use anymore. Imagine the brain as a complex city with lots of roads. Some houses have 15 roads leading up to them, while others have just two. If the house with 15 roads is empty, it makes no sense to maintain those 15 roads. That is essentially what your brain does during the adolescent years. It breaks down all the connections that are no longer necessary, making your brain more structured and efficient. This process is called synaptic pruning. It starts at the threshold of puberty and tapers off at some point during your 20s.

This also means that adolescence is an important time to use your brain! If you spend time doing mindless activities like stalking people on Facebook, your brain will start abandoning important connections that could have otherwise developed. Instead of playing Candy Crush, play an instrument, write poetry, learn a language, solve mathematical puzzles, or try out for a sport! By doing this, you are giving greater plasticity to the connections that your brain forms during these years.

This remodeling of the brain manifests itself in other ways as well. A group of scientists once hooked up a number of adults and a group of teenagers to MRI devices and asked them to identify expressions of adult faces on screens. While adults correctly recognized these expressions, teenagers usually misread them. The MRI devices also revealed that while the adults were using their prefrontal cortex to understand the expressions, teens were using their amygdala. The amygdala is responsible for inducing emotions and impulses, not logic and rational reasoning. 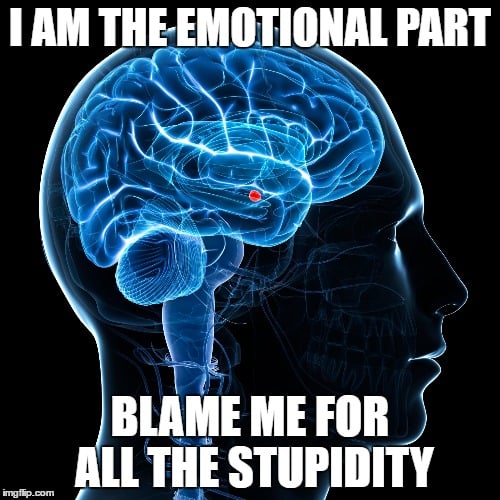 The prefrontal cortex also helps you relate to other people, which might be why the teens misread the expressions. Perhaps now you understand why teenagers are usually at such odds with adults? If the amygdala and the prefrontal cortex are not effectively linked, then concern can be misread as anger and worry misconstrued as disappointment, as teens cannot productively work through these emotions.

This kind of emotional behavior also leads to more risk-taking. The nucleus accumbens forms early on in teens, which is the pleasure and reward zone of the brain. Studies show that when presented with a potentially large reward, adolescent brains light up far more than children’s brains or adult brains. If the rewards are small, teen brains hardly fire up at all. Thus, they are more likely to do anything to access psychological rewards through risky behaviors, drugs, alcohol, etc. Unfortunately, this period is also when the brain is most vulnerable, as it is still developing.

Peer pressure also plays a large role in defining what teens do because it is a large reward in itself. In a study where both adults and teens were driving at risky speeds, when the two were exposed to friends in the car, the risk-taking behavior significantly increased with the teens, but not so much with the adults.

Another reason why teens value peer acceptance so much is because of evolution! Teens are also becoming sexually mature, so it makes sense for them to seek out peers outside the family to ensure genetic diversity and avoid inbreeding.

In other words, don’t blame teenagers for acting stupidly or rashly. They are still living in a befuddling vertigo of fiery passions, oblivious to the harsh realities of the world. They really can’t help it though. After all, their brains haven’t finished developing yet! 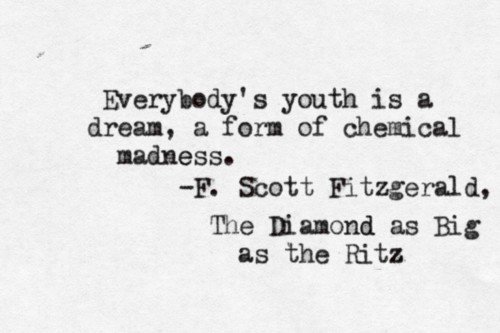