The science of procrastination can be explained by the wiring of the human brain. The limbic system, which controls our emotions and instinct, is always working and is fully developed from birth. The prefrontal cortex, which is responsible for assimilating information and making decisions, is a weaker portion of the brain that is located behind the forehead. When the limbic system dominates, which is often the case, the result is putting off until tomorrow what could (and should) be done today.

“The project isn’t due until Monday, so I have around 4 days on my hands. Time to watch the second season of Game of Thrones. (Next day arrives…) If I work for two days religiously, I’ll be fine. (Day before deadline arrives…) I only have one day left and I haven’t started yet! Why do our teachers give us such tight deadlines!” 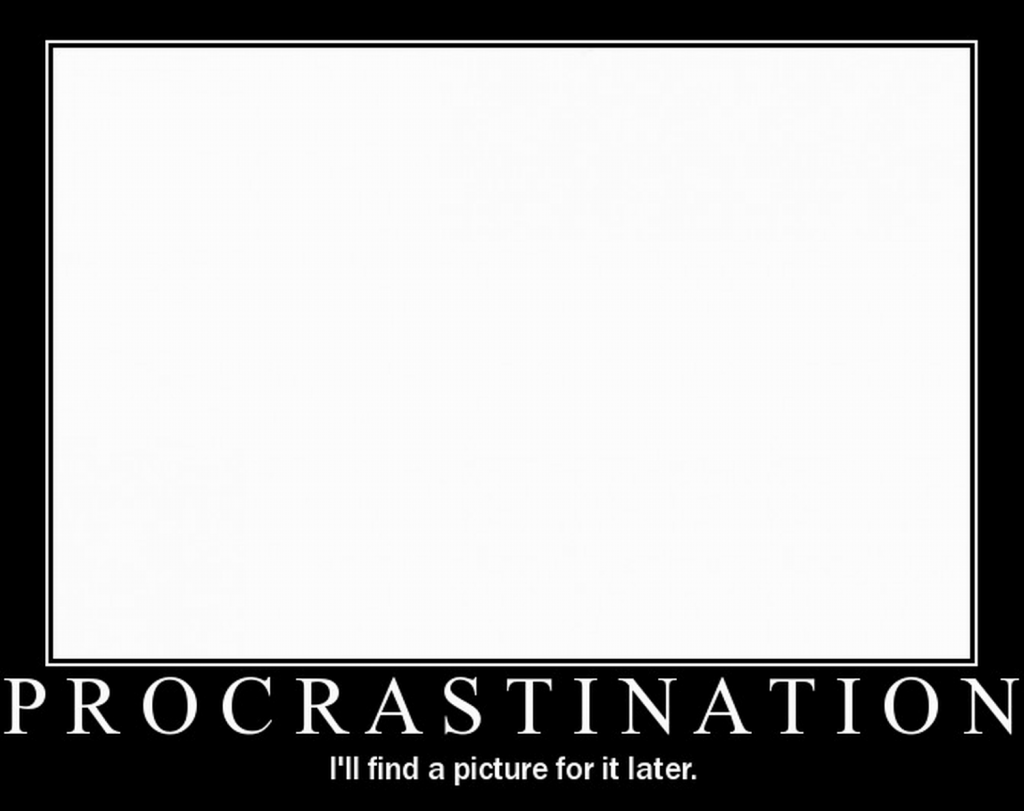 Sound familiar? We all create similar situations every now and then. Like that time when you pulled an all-nighter to finish your history paper, or that time when you watched TV all day when you still had a pile of work to get through. This is all part of procrastination. There’s actually far more science behind procrastination than you might expect. In recent years, psychologists and researchers around the world have been asking: what is it about the human mind that drives us to put off the things that actually matter a great deal to us? 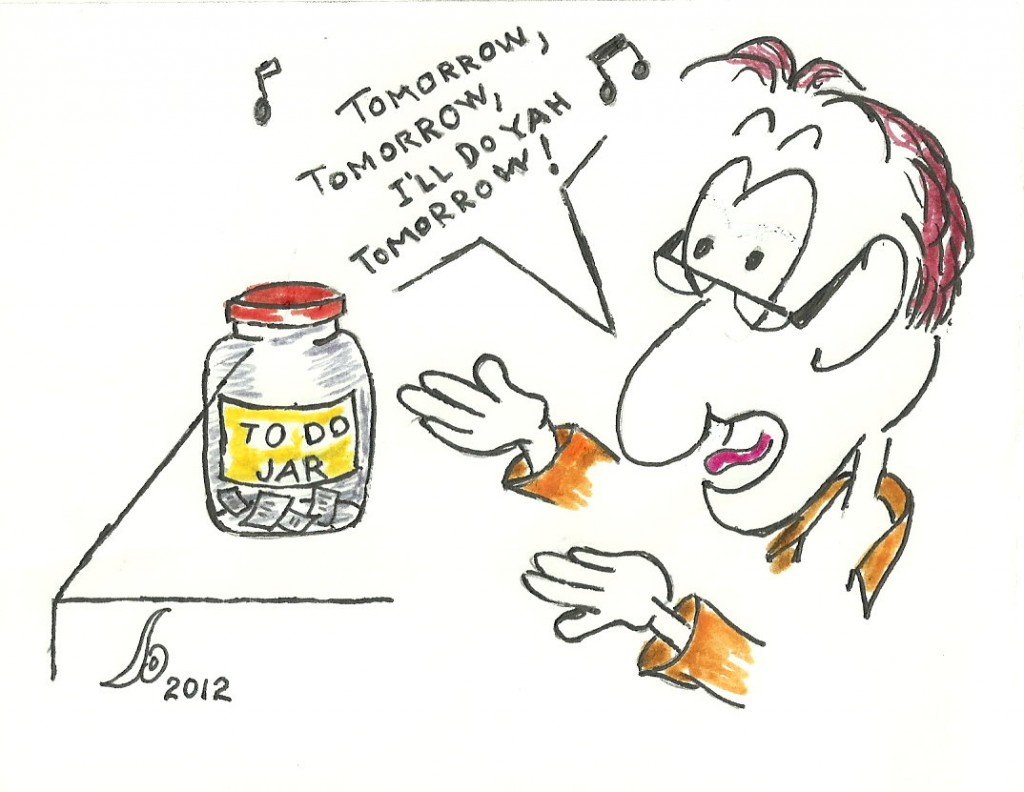 What Drives Us To Procrastinate?

Procrastinators are everywhere. It’s a universal problem. Even so, why do so many people tend to procrastinate?

For starters, human brains are wired to do so. We can picture this whole process as a fight that has been sparked between two parts of the mind when it’s faced with a tedious task: a battle of the limbic system (the unconscious zone that includes the pleasure center) and the prefrontal cortex (the internal “planner”). When the limbic system dominates, which is pretty often, the result is putting off until tomorrow what could (and should) be done today.

It is futile to blame your dirty procrastination habits on heredity, star signs, or the weather. Your choice to procrastinate all comes down to one simple thing – the wiring of your brain. 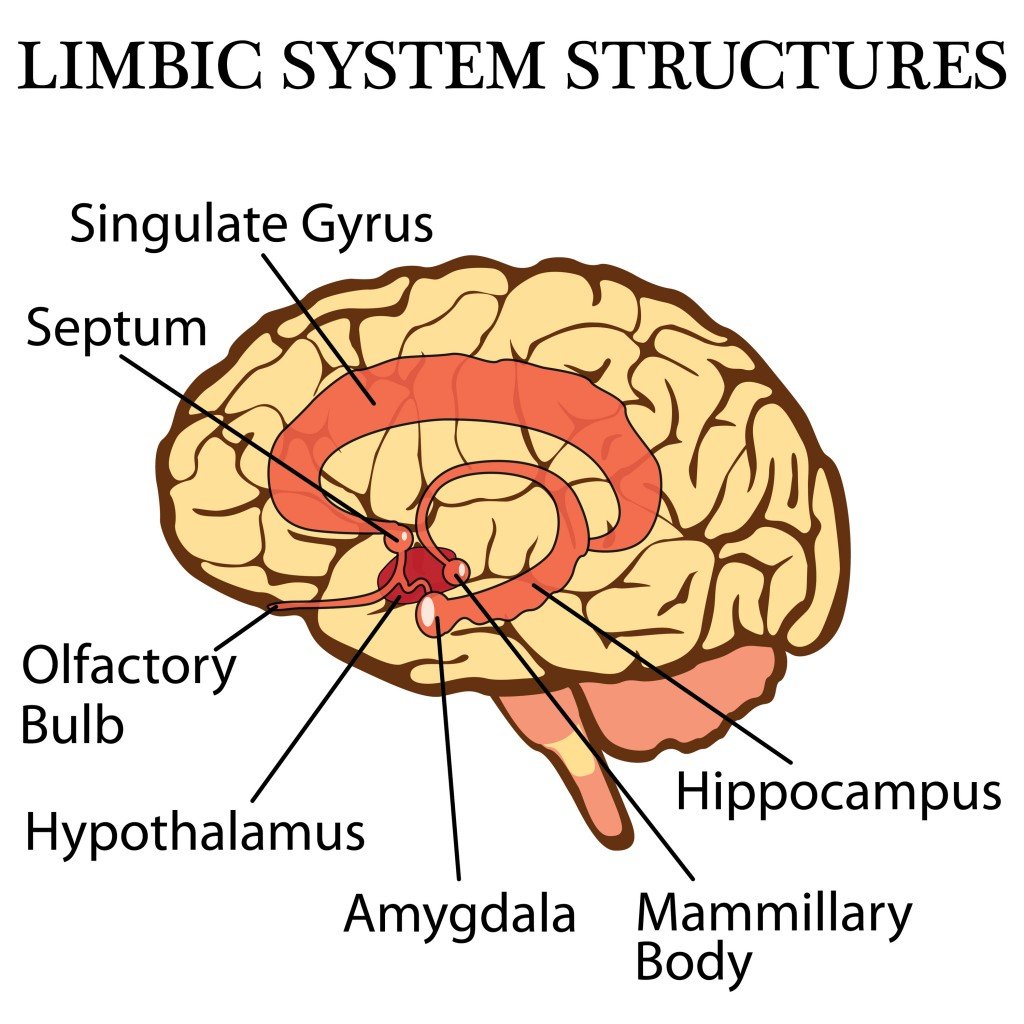 Illustration of the brain’s limbic system

The limbic system, which is one of the most dominant portions of our brain, is always working and is also part of the brain that is fully developed from birth.  This limbic system  controls our mood and instinct. Basic emotions like fear, anger, and pleasure, as well as certain “drives”, such as libido, is under the control of this system. For example, the limbic system tells you to move your hand if it is near a cactus plant, or in a greater sense, it urges you to get away from seemingly unpleasant tasks.

Also Read: Why Are Habits So Hard To Break? 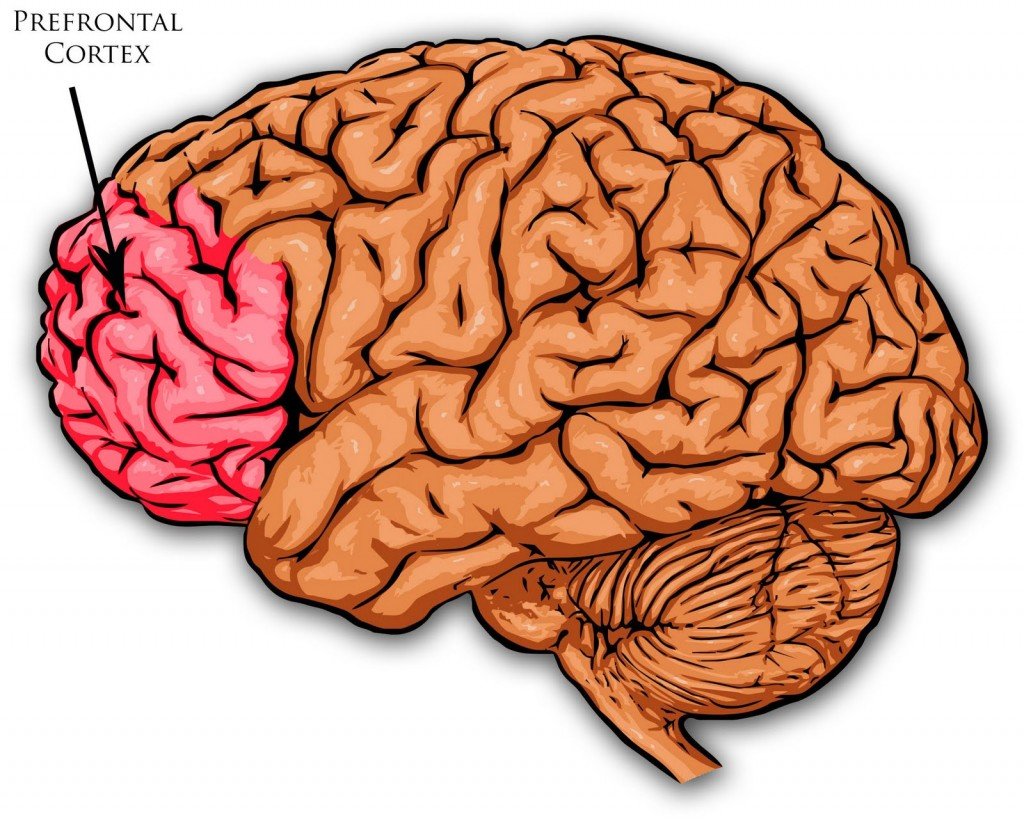 The prefrontal cortex is a weaker portion of the brain that is located right behind the forehead. This is where you assimilate information and make decisions. Psychologists say that this part of the brain separates humans from animals. The prefrontal cortex is what eventually forces us to complete a job or task. This part doesn’t work automatically. We need to put in effort to make it function. As soon as you lose focus on a particular task, the limbic system takes over. This is when you become more interested in doing something that pleases you; thus, procrastination kicks in. 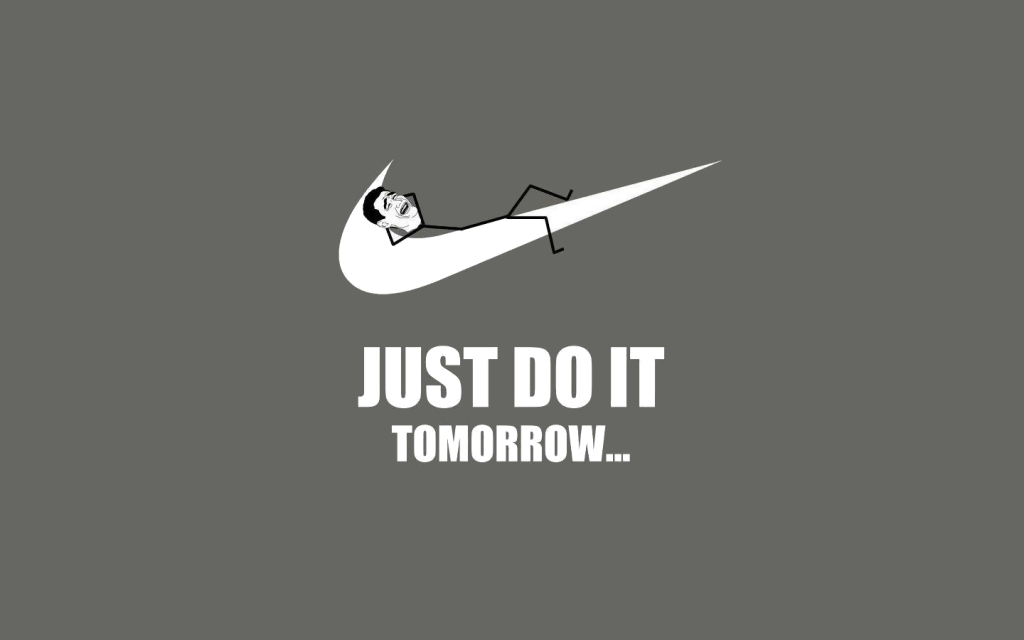 Procrastinators want people to believe that they’re busy, so that people don’t evaluate them negatively by calling them ‘lazy’. When procrastination kicks in, the following changes occur in our brain.

The amygdala is the section of the brain associated with our automatic emotional reaction to a situation. In moments of being overwhelmed, such as having many tasks to do or a particularly difficult one, there is a fight (resistance) or flight (ignore) reaction. 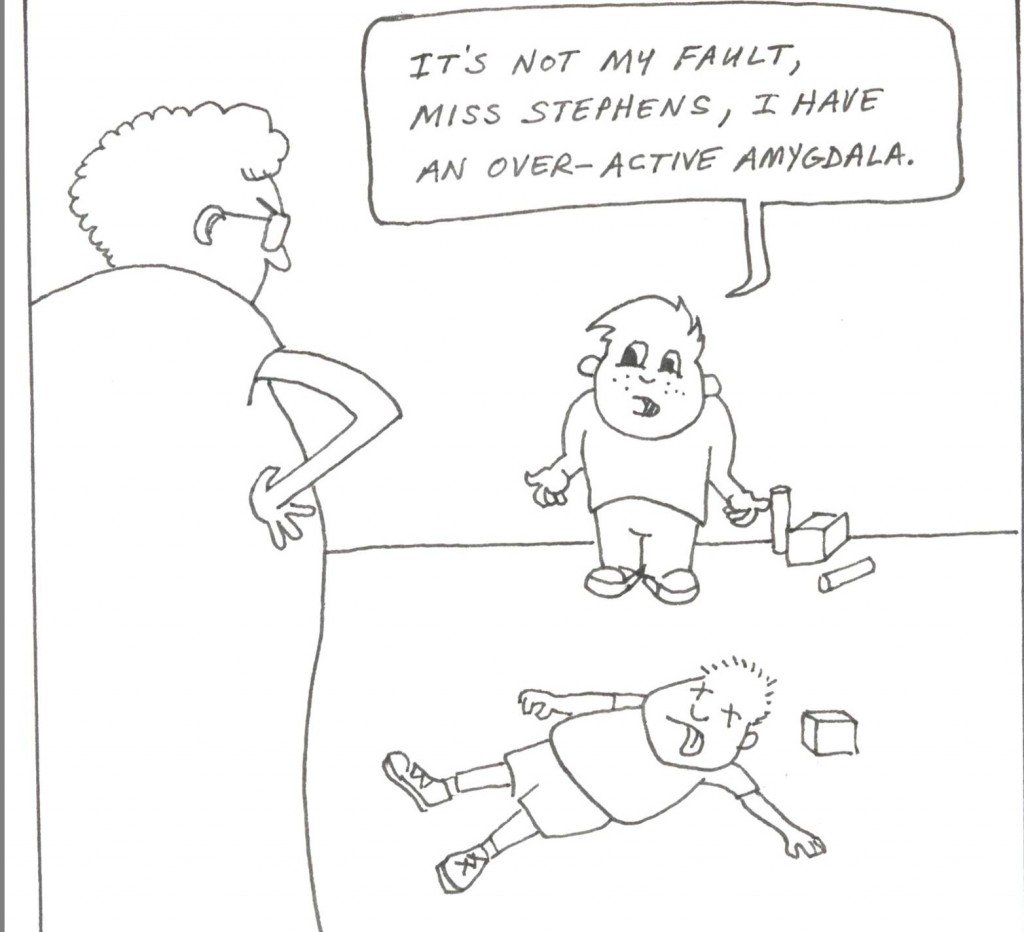 Both are forms of procrastination – the brain is protecting us against possible negative feelings. The norepinephrine chemical takes over, causing increased levels of fear and anxiety. That’s when adrenaline gets pumped into the picture.

Our brain is like a drug addict. We are addicted to dopamine, which is produced by pleasurable experiences, and so long as a task has a higher likelihood (or perceived future likelihood) of producing dopamine, our brain is addicted to perform these activities while actively avoiding the others. This is the scientific explanation behind procrastination, so at least you don’t have to just feel like a lazy bum anymore. Blame science!

A hilarious take on procrastination:

Hang in there, folks, because procrastination is a biological phenomenon, but there are many ways to avoid it if you really want to. Until then, Happy Procrastinating!