“OMG! My emotions are all over the place!” “I don’t know what to feel!” “My brain feels out of control!”

You may be familiar with some or all of these statements. Either you or someone you know has probably said some variation plenty of times over the years. You hear these types of statements when someone is very happy about how their life is going or when people are depressed and can’t seem to get ahold of themselves.

Humans have a limited vocabulary to express things, but the brain has a multitude of different methods and neural pathways to express and manage emotions and feelings. Our amazing human body actually has a dedicated system to just help you ‘feel things and realize them’! The endocrine system—the system that makes hormones flow in your body—not only performs other critical bodily functions, but also helps you ‘feel’.

How does your body make you ‘feel’ an emotion?

The human body has an endocrine system with its army of glands that tends to control the flow of hormones throughout your body. Hormones are chemical formulations released by glands when any sensory input organ generates an impulse.

Suppose that your eyes see an ice cream parlor that you really like. How does your brain know that you like that particular ice cream shop? Because the brain has a memory segment that correlates your previous experiences to the present visual data being received by your eyes. Now, you have a visual and your brain knows that you like the end result of going into that story. In order for you to perceive/experience this happiness, your brain releases endorphins. These are the feel-good chemicals that signify general wellbeing and happiness.

Hormonal flow is linked to the neural network. Neurons communicate information about bodily functions to the pituitary gland, which then triggers the endocrine glands to increase or decrease the production of hormones. This system works based on environmental stimuli and affects your response and your emotional state.

Interestingly enough, the brain is not exempt from the effects of hormones. Hormones are released in the bloodstream and can therefore affect the functioning of neurotransmitters in the brain. Have you ever noticed how you’re unable to concentrate and be productive when you’re under a lot of stress? That’s because your cognitive performance and neural networks are altered by the effects of hormones. Some hormones are even capable of affecting the protein and DNA structure of your brain cells.

Can you control your emotions by controlling your hormone levels?

There are hormones whose production is involuntary, like the insulin produced by the pancreas; a deficiency of this hormone is a basic cause of diabetes. Patients must take shots of insulin to counter this problem. The fluctuation of estrogen in females controls their monthly menstrual cycle.

Although we may not be able to control the release of hormones, we can certainly influence them. By consuming certain foods or regulating the amount of certain foods, we can alter the production of hormones in our body.

The familiar growl of your stomach when you’re hungry is caused by ghrelin, a hormone responsible for telling you when it’s high time you eat!

The pounding heart and sweaty palms of a stressful situation are a result of the adrenaline flowing through your system, which is why it’s popularly known as the “fight or flight” hormone. Meditation, exercise and a healthy diet can help to ease the anxiety and nervousness associated with this hormone.

People with hypothyroidism are often advised to control the amount of gluten in their diet. Additionally, they should avoid fruits and vegetables that contain goitrogenic components. The thyroid hormone controls the metabolism, growth, and repair of the body.

Emotions and hormones are intricately linked and while it is unlikely that you can fully control your emotions by controlling your hormones, it is possible to influence the production of “happy” hormones like dopamine and serotonin by maintaining a positive and healthy lifestyle that will improve your overall health and wellbeing.

How does your environment affect hormones and in turn your emotions?

A great deal more than you may think!

Admit it… you’re unable to just “get off” social media. You have that irresistible urge to check your phone when you’re bored, or because you thought it might have vibrated. And what about the tiny heart attacks you have when you think that your phone has been misplaced or lost. 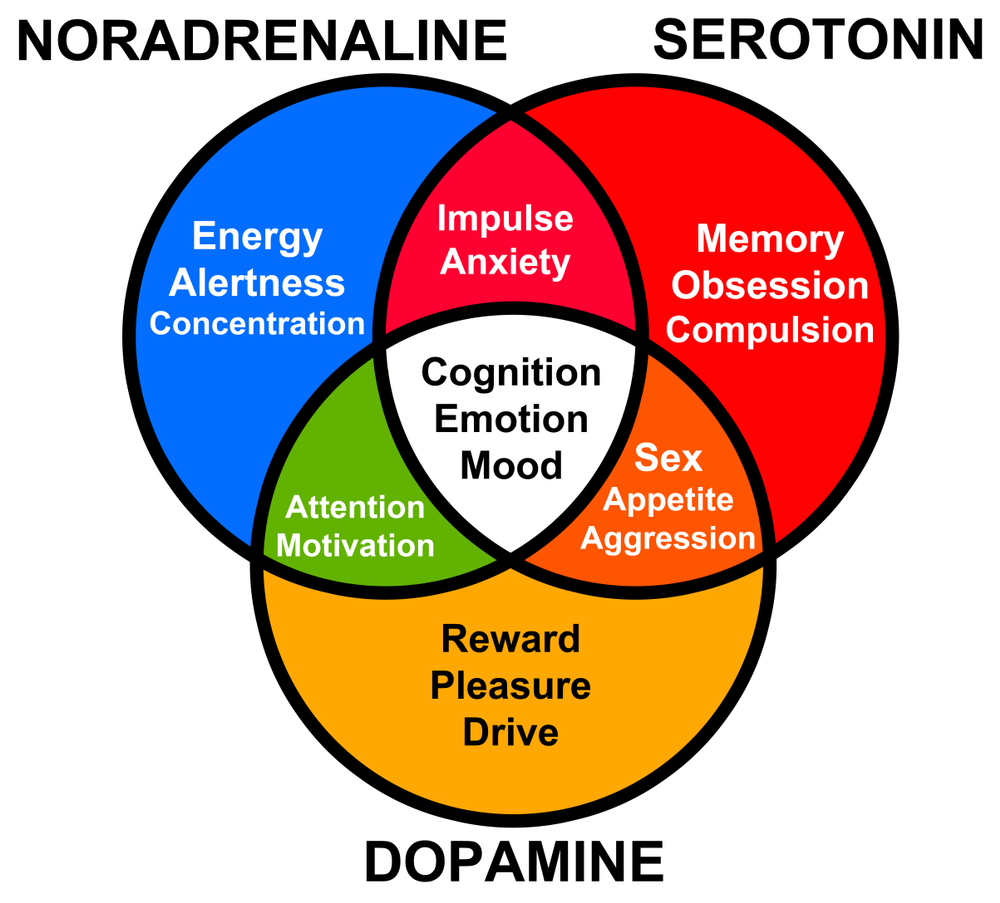 Social media giants invest a lot of money in their algorithms to present content that is engaging for users. If you think about this strategy, you’ll realize that they’re actually able to train your brain!

Some hormones are released as the result of external effects. The brain has neural pathways associated with particular motor behaviors. When the brain realizes that a certain task helps to release positive and happy hormones in your body, it instructs the body to do that thing again and again. This behavior is specifically targeted by tech giants when designing their apps.

You know how that alluring ice cream parlor helped release endorphins? Well, the same thing happens when you look at the number of likes on your post or see a message notification from your crush! Neuroscientists have acknowledged that, over time, the brain associates certain tasks with the release of hormones and neurotransmitters.

Unfortunately, if the digital world can trigger positive and happy hormones, you know it also has the potential to cause stress, anxiety, and depression! The control that the digital world has in our life goes much farther and deeper than you and I can perceive! 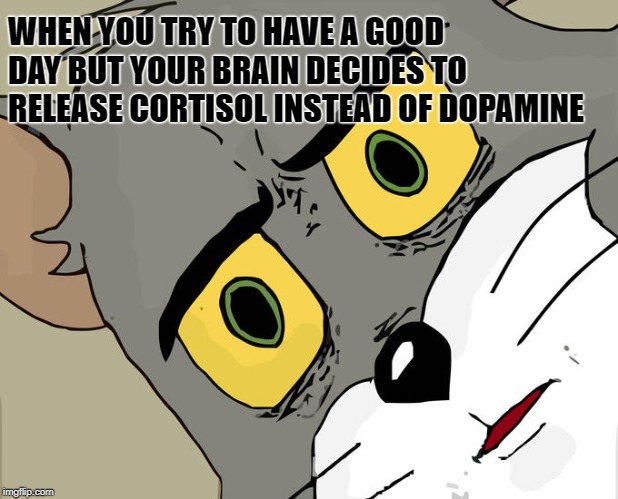 Do sociopaths and psychopaths have hormonal issues?

Anti-social behavior, a trait shared by both sociopaths and psychopaths to varying degrees, can be caused by many reasons. Along with genetics and the external environment, hormones also play an important role in enforcing this behavior.

People who suffer from traumatic events and/or are raised in abusive environments are less in tune with other people’s emotions. These impactful events interfere with the development of certain neural pathways in the brain, which causes issues in the release of hormones and manifests in the form of anti-social behavior. An increased production of testosterone and lower levels of serotonin result in behavioral patterns that appear aggressive and impulsive in individuals.

Unlike sociopaths, psychopaths are not made; they are born. Genetic disorders or mutations lead to psychosis in a person that can develop over time. And, while hormones do contribute to this behavior in some ways, they are not the sole cause of these conditions.

How are the emotions of psychopaths different from those of normal people?

Psychopaths are not external beings, so they feel all the emotions that normal people feel, but what makes them stand out is that they lack any empathy. This lack of empathy is due to their genetics, which in turn influences their hormonal stability.

The fearlessness, aggression, and indifference that characterize psychopaths are due to a higher production of testosterone and a lower production of cortisol (a stress hormone, somewhat like an alarm system); this is actually the result of an imbalance in the HPA and HPG axes. Cortisol is associated with stress and, in the event of danger, the body releases this hormone to induce the feeling of ‘fear’. Lower cortisol levels mean a higher tolerance to fear. Therefore, people who have psychotic traits are more fearless and have less regard for authority. Additionally, the high testosterone level makes them more aggressive and thrill-seeking, which often becomes a lethal combination. While psychopaths do experience other emotions like happiness and depression, they lack empathy, which makes it difficult for them to connect with or care about people. This leads to them being distant and self-centered. The lack of empathy also means they have questionable morals, which indicates why psychopaths are so commonly linked to crime and manipulation.

Sociopaths, on the other hand, aren’t as aggressive and dangerous as psychopaths, as their condition is a result of experiences. If rehabilitated, they can often return to being normal, as they are basically undeveloped psychopaths.

Emotions are common and natural for everyone, unless there is some fault in the natural wiring of your body. While emotions are felt to varying degrees by different people, the processes going on inside the body are essentially the same. Quite a lot of things happen before you feel that rush of excitement or the dejection of sadness. Hormones are certainly not the sole reason you feel emotions, but they contribute significantly to the system. So, help your body balance the hormones it needs, and if ice cream helps your body release those happy hormones, just be sure to maintain a balanced diet to protect your great health!