Brain structures that differ at birth between genders help to carry out gender-specific functions. Most other gender differences in the brain arise from how we are raised.

We live in a world of gender stereotypes. People love to sort people into neatly labeled boxes and gender is one the most fundamental constructs in society. The weight of expectations begins before birth and follows us everywhere, confining us to straitjackets and making sure we don’t stray into domains meant for the “other” gender. 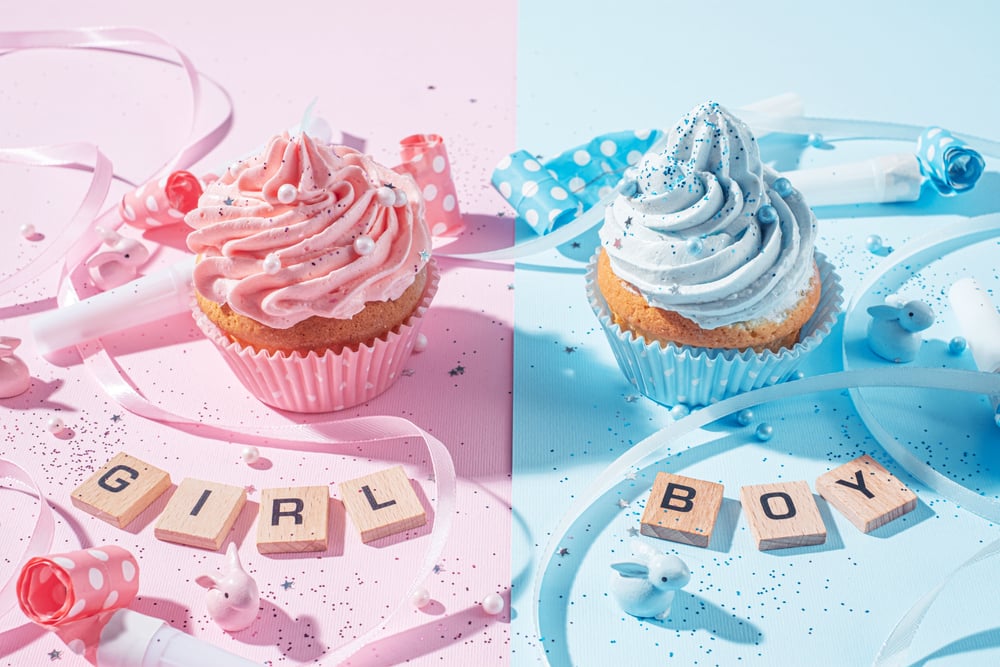 Gender stereotypes are thrust upon us even before we are born, like through gender reveal parties (Photo Credit : Mikhaylovskiy/Shutterstock)

There are several stereotypes about our capabilities based on gender that are widely quoted like facts – Boys are aggressive, women are bad drivers… but is there any truth to such arguments?

Are males and females born with different types of brains that give them different capabilities?

To understand the whole truth behind this, we need to hit rewind and go back to the origins of the brain in the womb.

Sexual Dimorphism In The Brain

The default plan for a fetus inside a uterus is to develop into a female. To overturn this, and thus allow a fetus to develop into a male, requires the help of a small stretch of DNA or a gene called the SRY region in the male ‘Y’ chromosome.

The sex chromosomes (highlighted) dictate distinct development of the brain in both genders (Photo Credit : Ody_Stocker/Shutterstock)

Once this metaphorical gender “switch” of the SRY gene turns on, it affects our physiology in many ways, and our nervous system is not immune to such divergence. As a result, the brain develops slightly different in males and females, which is called ‘sexual differentiation’.

This process gives rise to distinct-looking features in the brains of males and females, just like the clear distinctions in the reproductive system. These features are aptly termed “sexually dimorphic” (‘di’ meaning two, and ‘morph’ meaning form).

One of the most well-known examples of this is a cluster of neurons in the spinal cord called “bulbocavernosus” (SNB) neurons. This cluster, which innervates the muscles in the male reproductive organ, is known to be more well-developed in males than females.

In a female fetus, these neurons undergo “cell death” or apoptosis, but they are spared in males, leading to the formation of a dense bulbocavernosus nucleus. Similarly, differences have been reported in the volume of a structure called the amygdala in favor of males. This structure is closely linked to the olfactory region (which handles smell) and mediates various behaviors, such as responses to female pheromones, in males.

In contrast, females develop more neurons and volume in a structure called the Locus coeruleus, which is responsible for stress-related behavior and arousal. This is useful to understand the higher incidence of risk-taking behavior resulting in fatal consequences in males, on the one hand, and the high incidence of stress and anxiety-related disorders in females on the other.

Males evolved to exhibit more aggression, which improved their chances as potential mates, and further differentiates them from females.

These examples make it clear that most cases of “sexual dimorphism” in the brain have evolved to equip organisms to carry out their respective reproductive behaviors and related functions.

Anatomical Differences Between Genders In The Adult Brain

Apart from the inherent distinctions in the brains of both genders, are there differences that appear by adulthood?

This has been a question that researchers have been trying to answer for a long time by comparing the brains of adults of both genders.

Several overall differences in brain anatomy have been observed between males and females. Male brains are known to be about 10 percent larger than females, and heavier as well. This difference is noticeable between genders even at birth, and does not always even out over the course of life.

However, this is largely due to the difference in physical stature and often disappears when men and women of the same weight are compared. Another notable difference is the higher volume in the cortex or the outer part of the brain in females.

This is easily accounted for due to the smaller skull size in females, due to which the brain must be more tightly packaged than in males.

Behavioral Differences Between Genders And Their Link With Brain

Men and women are known to have different cognitive capacities. For example, emotional processing, visuospatial, and aggression strategies that the brain uses are known to be different based on gender.

However, these differences are not in any way linked to differences in general intelligence.

Unfortunately, these are often misinterpreted as “superiority” of one gender over another and is often used to reinforce existing gender stereotypes. This is so prevalent that a new term “neurosexism” has been coined for this phenomenon!

Let’s look at the popular examples of gender stereotypes and their link with cognitive skills.

A popular example that is used to advocate for gender differences is the advantage males seem to have in spatial cognition, often used for the argument that men make better drivers. 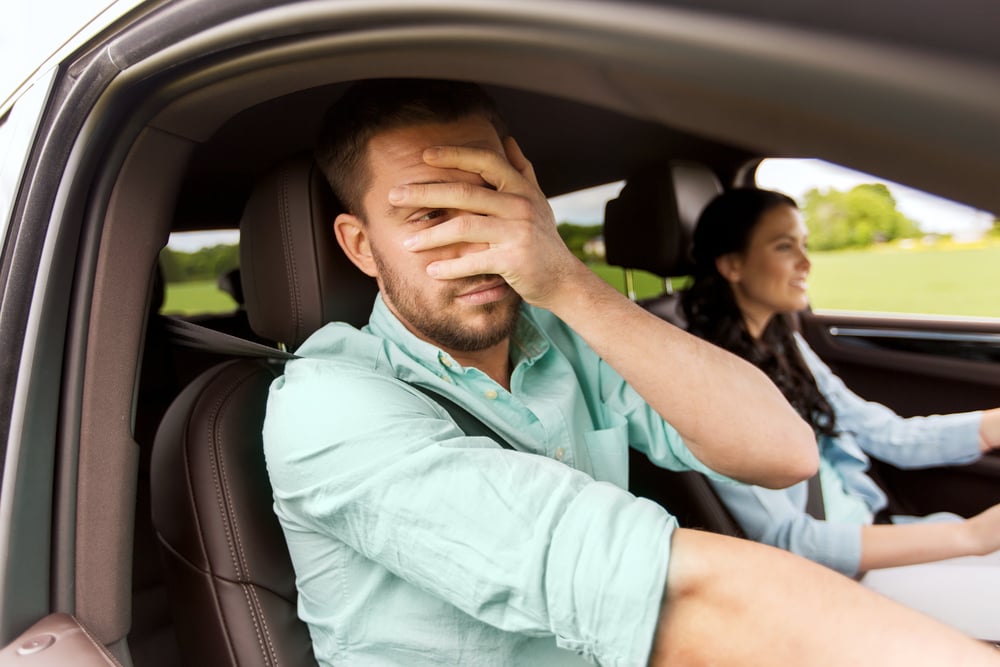 The popular stereotype is that women are not good at driving, as compared to men (Photo Credit : Syda Productions/Shutterstock)

Tests on spatial cognition check the ability of an individual in matching a given shape with three-dimensional spatially rotated versions of the same shape.

When compared to this test, a moderate gender difference is found, but this disappears when the test times are longer. Also, on average, the extracurricular activities that men enjoy, including video games and sports, give them more training and exposure to mental rotation.

Keeping this in mind, when both genders are given equal training in mental rotation tasks, not only do these differences disappear, but women show more improvement! It is also important to note that this test is inherently biased towards males because the default strategy for comparing objects in males is mental rotation, while females use the comparison of features.

While popular media is quick to inform you of any studies reporting a male advantage, there is another side to it that is often not reported. Women show an advantage in spatial rotation when asked to reimagine the objects as human figures! This finding is insightful because females are able to perform well when the test is repackaged as something with a “female advantage”, such as social intelligence.

This shows that the inherent knowledge of a stereotype can affect the performance of a particular gender on a test. Another striking and interesting finding is that females show an advantage in mental rotation in matrilineal tribes!

Therefore, the effect of patriarchal settings on male advantage in such tests cannot be ignored.

Another dominant stereotype is that men have superior mathematical skills than females. This claim is often based on the underrepresentation of women in traditional careers that involve the use of mathematics, such as engineering (which in itself is problematic). 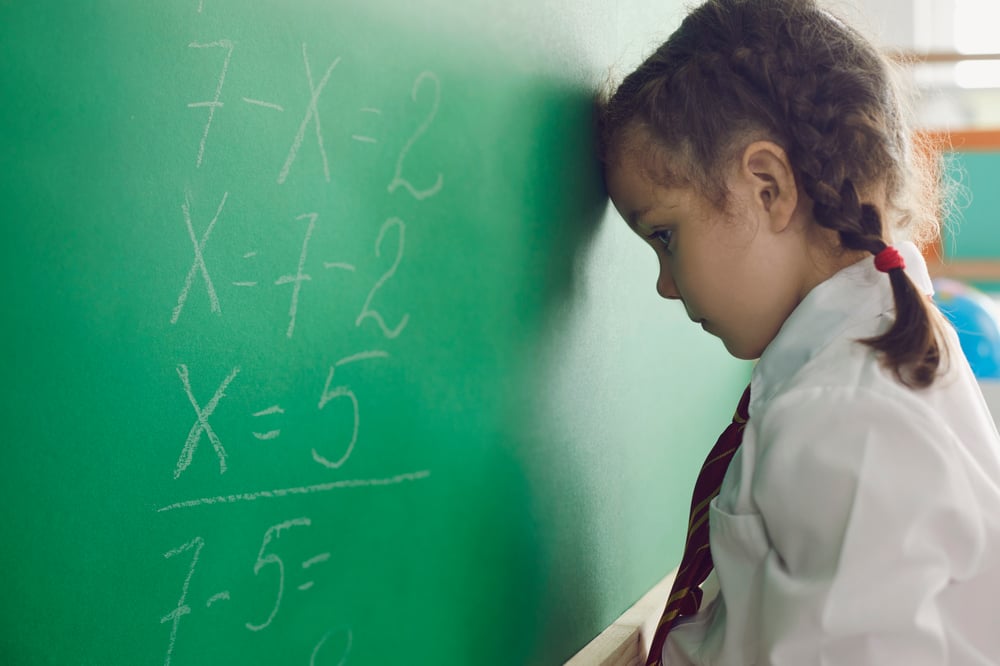 Girls are often told that they are bad at math, as compared to their male peers (Photo Credit : Studio Romantic/Shutterstock)

Studies investigating cognitive skills underlying mathematical abilities in infants and young children report no sex differences. This is backed up by studies on over 7 million children in the United States ranging from grade 2 to 11, where no differences were observed between genders in mathematical skills.

However, despite such evidence, stereotypes such as “girls can’t do math” continue to flourish. The stereotypes propagated through media and beliefs in their environment have been shown to affect the attitude of young girls in school towards “traditionally male” subjects, such as computer science.

Thus, these stereotypes themselves are responsible for deterring women from entering male-dominated fields.

On the other side of the gender debate, it is often claimed that men are less emotional, caring, and sensitive. 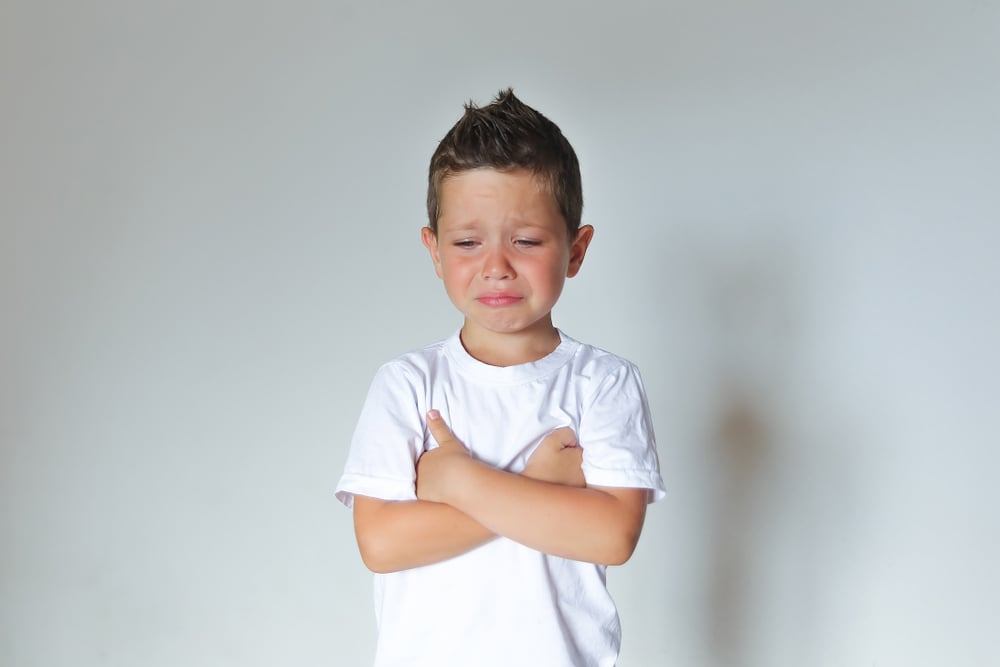 It is often wrongly believed that males are emotionally insensitive, as compared to females (Photo Credit : Porvata Tripper/Shutterstock)

This is based on heavily flawed research that mostly involved self-reports that fail to be objective. When large samples of men and women are tested on objective measures of empathy, moral judgment, etc, no such differences are found.

What is the last word on the debate over male and female brains?

The most recent study, which studied over 2000 brains as a part of the Human Connectome Project, demonstrated that most behavioral differences noted between genders have only a weak association with their brain structure. 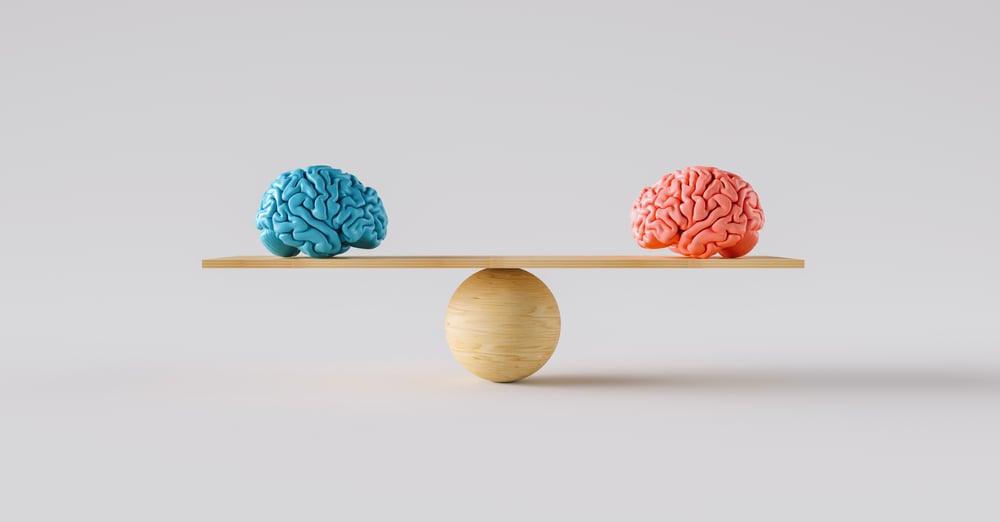 There is no “male” or “female” brain. Our brains differ based on how we are raised (Photo Credit : r.classen/Shutterstock)

In light of these most recent pieces of evidence, it is safe to say that there is no “male” or “female” brain. Of course, there are some differences in the cognitive profiles of both genders, but this does not mean that they are born differently, and has far more to do with differences in how they are raised.

“Nature” doesn’t dictate gender differences in the brain, but “nurture” does!