Venezuela has the largest proven oil reserves on the planet, largely due to the country’s placement above the La Luna Formation, a Cretaceous-era formation of organic-rich source rock that is ideal for oil deposits.

Over the past 200 years, humanity has developed a common addiction—natural resources for energy production. Most notably, oil and gas have infiltrated every aspect of our lives, from transportation and heavy industry to electricity generation and the production of plastics. There’s a good reason that oil is often called “black gold”, as this finite resource has become a critical piece of global economics and political maneuvering.

While many people think of the Middle East as the heart of oil production in the world, and thus a perpetual seat of power-hungry unrest, the largest proven oil reserves on the planet are actually found in Venezuela!

Why Is There So Much Oil In Venezuela?

In terms of the global lottery for geographical proximity to oil sources, Venezuela essentially won the grand prize. There are five primary oil reserve formations over which Venezuela has control, some of which are mind-bogglingly massive. There are the Maracaibo Basin, the Barinas-Apure Basin, the Falcón Basin, the Oficina Formation and the Orinoco Oil Sand Belt. The Maracaibo Basin receives the most attention, as this was where oil seeps were initially discovered in the country, and it remains the heart of oil production in Venezuela. 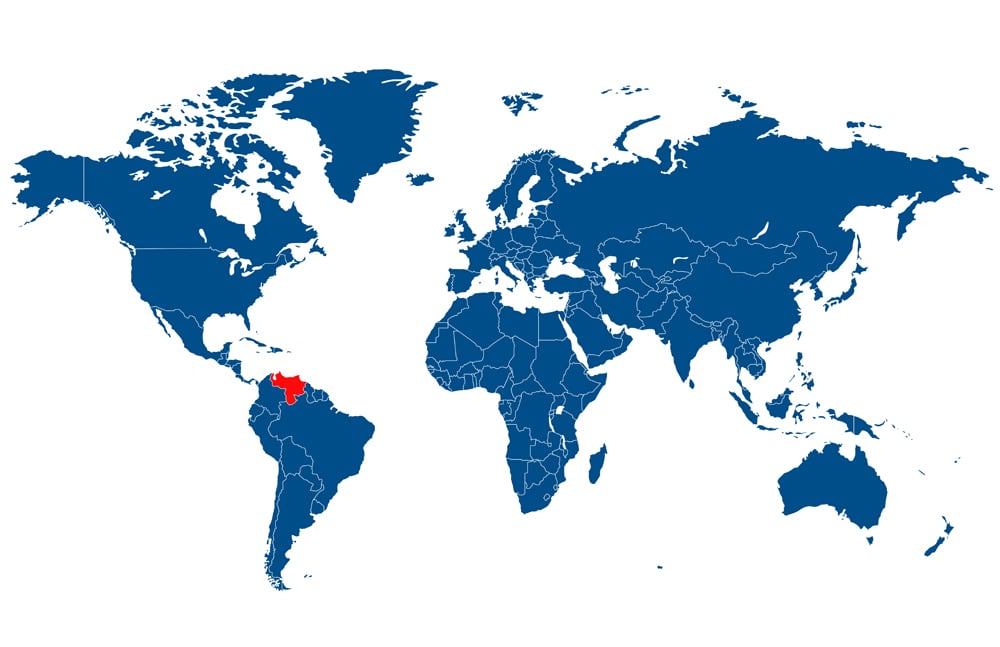 Underlying many of these oil deposits and valuable locations is the La Luna Formation, a Cretaceous-era formation of source rock that is found beneath Venezuela and parts of Colombia. In the case of petroleum geology, “source rock” denotes rock where hydrocarbons have formed or are capable of being formed.

This source rock of La Luna is extremely rich in hydrocarbons, and is limey and organic-rich. Most of the organic matter in these deposits is generated through algae, plankton, bacteria and plant material. Under extreme pressures and depths, these organic substances will begin to emit crude oil and gas in various forms.

These hydrocarbons are able to accumulate because of a number of ideal geological conditions, including source rock, reservoir, trap, seal and migration pathway. The source rock is where the hydrocarbons are located, while the reservoir is the layer of porous rock that is able to hold the hydrocarbons that have been emitted. There must be a trap where the oil and gas can accumulate, as well as a seal to prevent that oil and gas from leaking or escaping. Finally, there must be a migration pathway, namely a route for the oil and gas to access the reservoir.

All five of these factors are present in numerous locations throughout Venezuela, primarily at those large basins mentioned above. These different reservoirs may contain different types of gas, depending on the type of source rock and environmental conditions. The Orinoco Oil Sand Belt, for example, is the world’s largest deposit of heavy crude oil, and contains as much as 1,200 billion barrels, roughly equivalent to the rest of the world’s reserves of light oil. However, extracting heavy crude from oil sands is an expensive and inefficient process, whereas oil extraction in the Maracaibo Basin, where the oil seep is near the surface, is much easier. The Maracaibo Basin contains roughly 15% of Venezuela’s proven oil reserves, and about 50% of the crude oil export from this country originates in this basin.

In our modern capitalistic world, it is natural to associate being oil-rich with being actually rich, but Venezuela is currently experiencing an economic crisis, and has undergone radical and tumultuous changes over the past 50 years, despite this massive pool of wealth directly below their feet. It doesn’t seem possible, and yet that is precisely what has happened.

To properly understand the paradox of Venezuela, a bit of history is required. At the beginning of the 1960s, Venezuela was enjoying a time of great prosperity, churning our roughly 10% of the world’s crude oil exports and bringing in billions of dollars to create a surging economy. This trend lasted for more than a decade, and Venezuela was held up as an icon of stability and success in South America. However, in 1976, the entire country’s oil industry was nationalized, in an effort to prevent foreign influence and fully control Venezuela’s destiny by fully controlling its most valuable resource.

When the price of oil plummeted in the 1980s, Venezuela’s economy began to reel, as it was so dearly dependent on the oil industry. In an attempt to re-stabilize the economy, foreign companies were once again invited back into Venezuela to extract heavy crude oil from the Orinoco Oil Belt. A decade later, when oil prices fell once again, Hugo Chavez came to power, promising to take control of the country and get it back on track. One of the ways the notorious strongman did this was by getting rid of potential rivals or business leaders, including those running the state-owned oil industry, and putting political appointees in their place.

One of the strategies Chavez implemented was using the revenue from the country’s oil industry to fund massive social programs and initiatives, which he had campaigned on. This strategy was also used to kickstart other industries in the country, many of which had been neglected and had essentially failed, i.e., manufacturing, agriculture, etc. By the mid-2000s, oil prices around the world were rising, peaking at around $150/barrel, and Venezuela was bringing in enough revenue to cover Chavez’s mistakes and expenses. Over the years, his social stimulation strategy continued to fail, and by 2014, about 95% of Venezuela’s economy was dependent on oil. When the prices fell again in 2014 to $30/barrel, less than half the budgeted cost of each barrel, the country spiraled into a terrible recession. 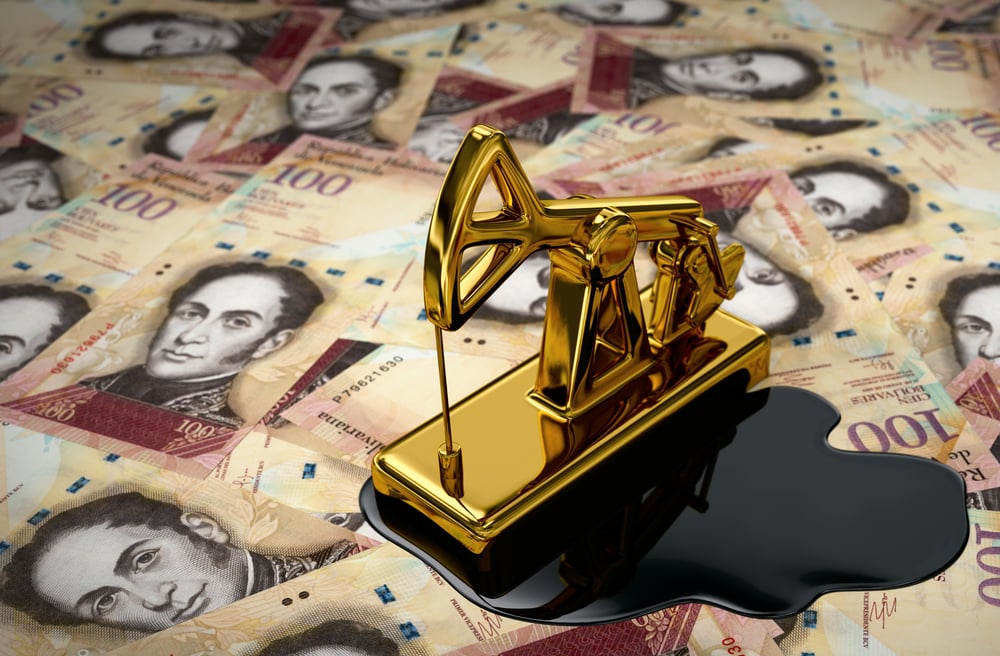 Some of the solutions and strategies used over the years to keep the company afloat have ended up burying the nation in debt. They have sold oil at a loss to remain somewhat competitive, taken massive loans from China and Russia, and are seeing their ability to produce oil continue to fall. In 2018, the output for Venezuela has dropped to as low as 1.2 million barrels per day, just over one-third of what was being produced prior to Chavez’ socialist takeover of the Venezuelan oil industry.

Also Read: When Will Fossil Fuels Run Out?

The future for Venezuela’s oil is uncertain, but heavy foreign influence and infrastructure will be needed to return it to any shade of its former glory. While the idea of a state-owned oil industry, independent of foreign influence, started as a means of controlling the country’s destiny, it ended up being the instrument of its downfall.

Venezuela has more than twice the oil reserves of any other country in the world thanks to its prime location over a massive Cretaceous deposit of hydrocarbon-rich rock. The irony of this story, of course, is that the oil is not particularly easy or cheap to extract (as it is in other parts of the world). Therefore, despite having a plethora of wealth beneath its feet, Venezuela struggles to thrive as an oil power on the global stage, and is currently struggling to hold itself together as a stable nation. Having oil is great, but being able to wisely extract, use and leverage that oil is the true key to success!