The estimates for when global fossil fuel reserves would theoretically run out vary widely based on who you ask, and are affected by new technological advancements, decarbonization efforts, and changing usage rates; however, if humans want to survive the dramatic effects of climate change, the fossil fuels on our planet must never be used up.

It seems that you can’t turn on the television without hearing about the effects of climate change or the dangerous use of fossil fuels around the world—and with good reason! Evidence of the climate crisis is mounting every day, with increased global temperatures, rising waters, more extreme weather events, and historic melting in the Arctic and Antarctic. Climate change has also become one of the hot button issues in domestic and international politics, and the most common point of contention in these debates relates to the use of fossil fuels to satisfy our energy needs, as well as the harmful carbon emissions that result.

With environmentalists around the world crying out for a massive reduction in fossil fuel burning, and countless companies developing green solutions for energy production, the politics and economics of fossil fuels has once again taken center stage in the global discussion. One of the first questions—albeit not the most important—is when will the fossil fuels on our planet run out? As you may have expected, the answer to this question is anything but simple.

What Are Fossil Fuels?

Fossil fuels are biological hydrocarbons found in the earth that formed hundreds of millions of years ago. When dead organic matter fell to the sea floor, or into bogs and swamps, and was eventually buried by mud and silt, it became exposed to massive amounts of pressure, as well as anaerobic digestion by microorganisms, which resulted in carbon-rich deposits. Such fossil fuel deposits can be found in various forms around the world, and are primarily composed of oil, natural gas and coal.

Coal is a dark brown or black sedimentary rock that formed roughly 360 million years ago. When organic matter settled at the bottom of swamps and bogs, and was subsequently covered in mud, it eventually turned into coal, which is classified for quality based on its carbon content. There is evidence that coal, oil and gas have been used in rudimentary forms for thousands of years, and coal has been intentionally mined for three millennia. Its use in generating electricity and steam locomotion at the beginning of the Industrial Revolution, as well as its global availability, makes it one of the most popular fossil fuels on the planet. 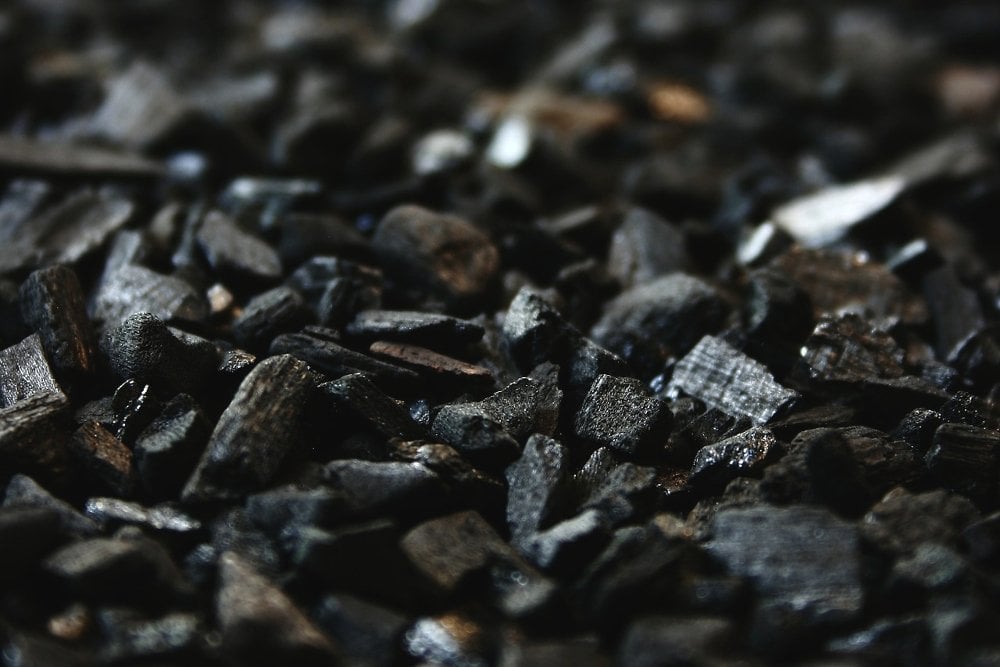 There is evidence that coal, oil and gas have been used in rudimentary forms for thousands of years (Photo Credit: Pixabay)

Crude oil is a combination of hydrogen and carbon that formed when plankton and algae sunk to the bottom of the sea and was buried over millions of years by silt and sediment. It can be extracted both onshore (ancient seas and lakes) and offshore (oceanic drilling), and is then processed into many different forms, including petroleum, gasoline, diesel and other petrochemicals, many of which are used in the dangerously high production of plastics around the world. Oil is a frequent target of fossil fuel critics, as it contributes to air pollution (car and truck exhaust), disastrous accidents/spills during transport, and ecological damage during its extraction on land and at sea.

These underground gas deposits are primarily composed of methane, and formed from similar processes as coal, but under different conditions, often becoming trapped in sedimentary rock or frozen water. Natural gas extraction has increased in recent years due to the development of controversial hydraulic fracking, and while it is less harmful to the environment than coal or oil, it still contributes to changing atmospheric composition and the climate crisis. It is believed that there are massive reserves of natural gas in other forms (undersea methane hydrates), the extraction of which is yet to be economically viable. 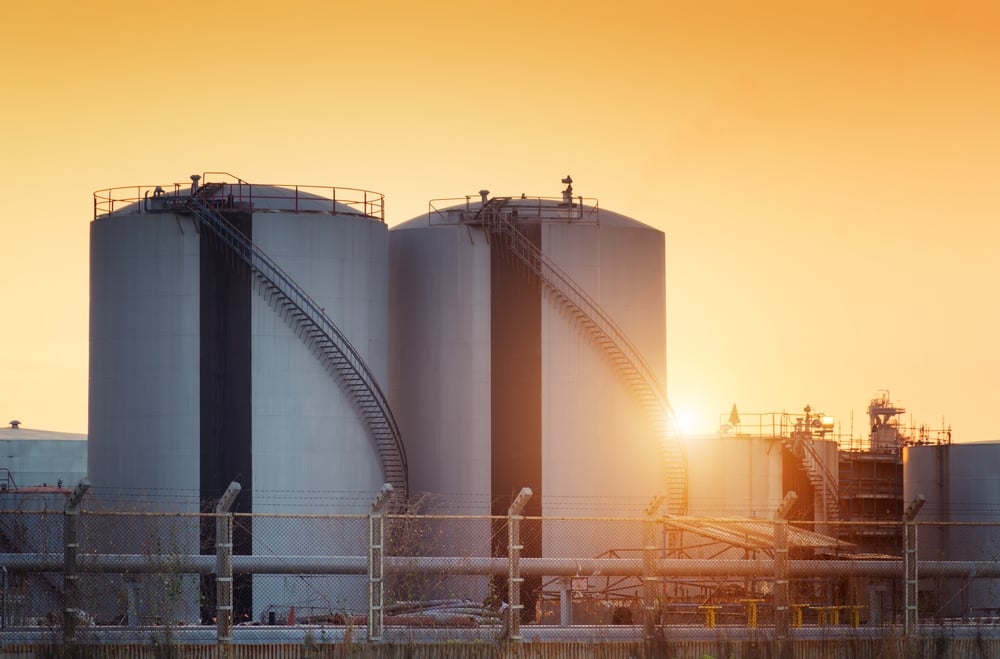 It is believed that there are massive reserves of natural gas in other forms (Photo Credit : Aunging/Shutterstock)

Although these fossil fuels took hundreds of millions of years to form, the Industrial Revolution, beginning in the 19th century, has resulted in the rapid extraction and consumption of these resources to satisfy our ever-increasing demands for energy. This has led many to fear the eventual end of our planet’s supply of these energy resources. Considering how intrinsically tangled global politics and economics has become with the energy sector, the pool “running dry”, per se, is an issue that everyone must consider.

What Do The Experts Say?

Depending on who you ask, the estimates for the amount of fossil fuels remaining on the planet will vary significantly. Beginning in the 1950s with geologist M. King Hubbert, experts in the field have repeatedly and inaccurately predicted the volume and impact of fossil fuel usage on the planet. Hubbert developed the idea of “peak oil”, a point at which oil production would inevitably begin to decline and eventually cease, since oil is a finite resource. In 1956, he estimated that the United States would reach peak oil in 1970 (which was actually true—at the time!)

To understand these historical estimates, we must begin with the R/P Ratios (the ratio of proven oil reserves to production rates) for fossil fuel. Estimates have often been made based on the proven oil reserves at that point in time, notwithstanding advancements in extraction technologies and newly discovered or newly viable reserves across the world.

As of BP’s 2016 Statistical Review of World Energy, it is estimated that we have roughly 115 years of coal production, 53 years of oil and 54 years of natural gas production remaining before we “run out”.

The complicating factor in these estimates—an inconsistency that climate change deniers commonly cite—is that the energy landscape of the planet is continually evolving. Billions of dollars are being poured into a variety of industries that alter the variables of R/P Ratios, including the development of more efficient extraction/refining methods, as well as the ongoing discovery of new reserves. Believe it or not, the amount of oil reserves around the world has actually increased in the past 50 years, despite our ravenous use of these resources, thanks to newly accessible and found sources of these fuels.

Clearly, an accurate assessment of fossil fuel longevity has eluded experts for 60 years, but as strange as it may sound, knowing when fossil fuels will run out is the wrong question. What experts and international governments should be asking themselves is how much of the fossil fuels in hand can we actually afford to burn?

As explained above, the fossil fuels we depend on are rich in carbon, carbon that has been captured from the atmosphere and stored in these natural deposits. As we burn fossil fuels, we release a certain amount of that carbon back into the atmosphere, where is behaves as a greenhouse gas is expected. It traps heat in the atmosphere, causing global temperatures to incrementally rise. Air pollution and oceanic pollution are similarly exacerbated by the use of such carbon-based fuel sources, as the oceans begin to acidify and the air becomes less tolerable to breathe, leading to respiratory diseases and a shortened life expectancy.

The UN Paris Agreement—the most aggressive, sweeping and widely supported initiative to curb global carbon emissions and climate change—has been established to keep the average global temperature from rising more than 2 degrees since pre-Industrial Revolution levels. We have calculated the carbon “budget” for the planet to prevent this from happening, which is roughly 250 billion tons of carbon, out of an estimated 750 billion – 1 trillion tons currently in reserve. This means that to prevent an irreversible climate catastrophe, humans must leave 65-80% of all known fossil fuel reserves in the ground; this excess fuel is known as “unburnable carbon”.

There remains a great deal of political debate over fossil fuel use and regulation, as the fossil fuel industries have become deeply entrenched in power structures around the globe. However, there is an overwhelming consensus of global climate experts regarding the consequences of continued reckless use of these resources. This is why there has been such a huge push for green energy solutions that are sustainable, and free of additional carbon emissions, such as solar and wind power. Therefore, the question should not be “When will fossil fuels run out?” but “When will we be able to stop using fossil fuels?“. That, however, is a question for a different article.