Fracking or Hydraulic Fracking is a method to extract oil and gas from unreachable crannies of subterranean rock. It has increased the supply of fossil fuel and remains a hurdle to be crossed if we are to achieve 0% emissions.

One of the most pressing issues of our times is climate change and the increase in the global temperature. This has been due to an enormous amount of CO2 emissions, largely through the burning of fossil fuels to generate electricity, drive vehicles, maintain factories and do pretty much everything a civilization needs to keep the lights on. 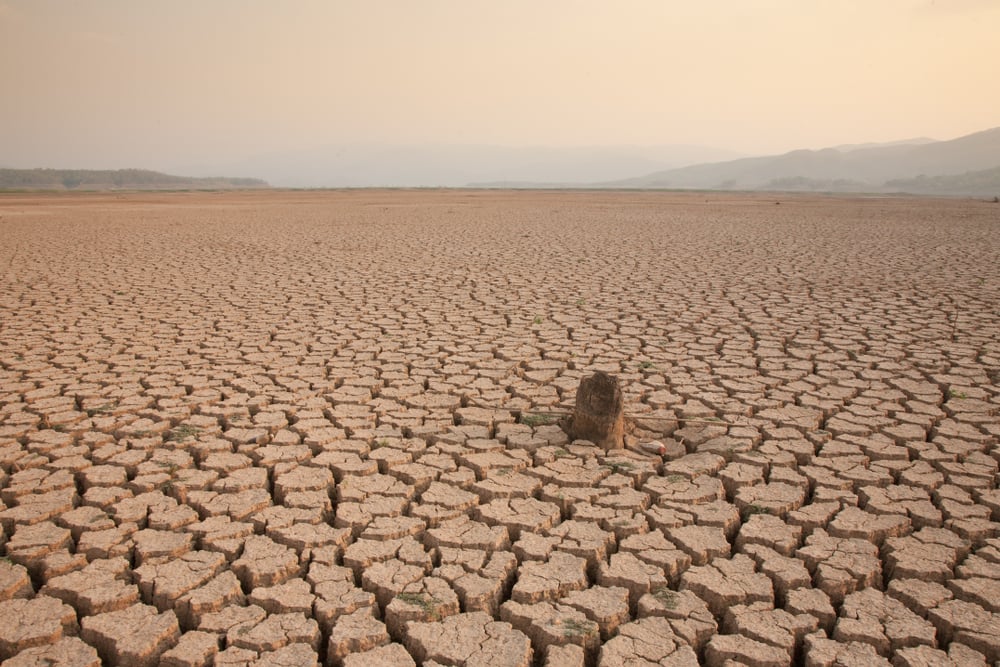 The shift from high Co2-emitting energy sources (coal, natural gas, oil) to a lower Co2-emitting energy source (renewables) is paramount to curb the existential threat that global warming represents for all of humanity. However, new methods of extracting fossil fuels that were once unreachable have become a potential obstacle to this transition. This new method is called Fracking and you have probably heard people demonizing it for its negative impacts on the environment.

Candidates standing for upcoming elections must take a stance on fracking, but fracking’s position in the global energy landscape is murkier than you think. Let’s take a closer look at what makes fracking fall in such a dangerously gray area.

Fracking is short for Hydraulic Fracturing, a method used to extract fossil fuels from rocks. These fossil fuels were unreachable before the advent of this technique, when oil and gas were extracted via more conventional methods. Fracking is an unconventional method of extraction, in that it has enabled us to reach a large number of resources, hidden between nooks and crannies of rocks. 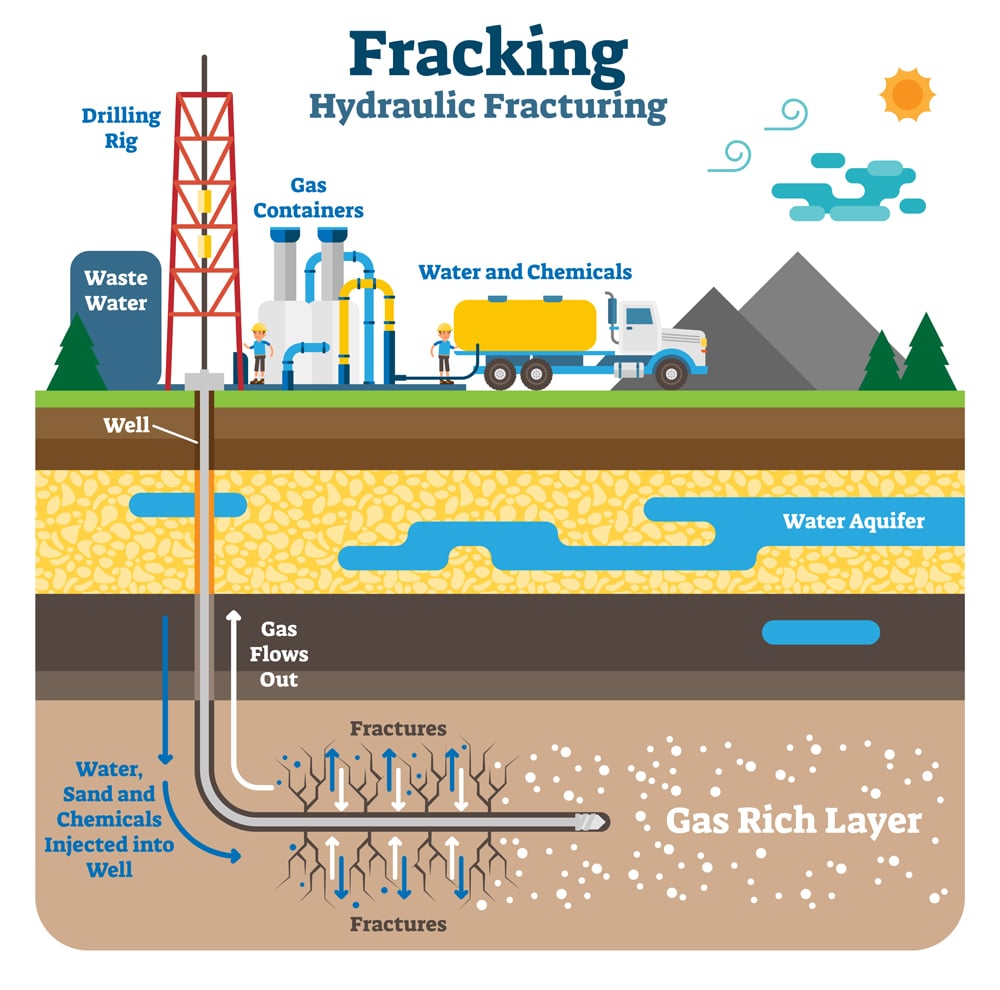 Huge vertical wells are drilled to reach the depth at which the oil and gas are stored beneath sedimentary layers, the water table, and formation shale rock below the ground. Once the vertical depth is reached, the drilling changes its axis and powers through the rock in a horizontal direction. The drilled path is installed with cement casting, as an enormous volume of water, chemicals, sand and fracking fluid is required to fracture the shale and rock. Explosives may also be used in some cases for opening up the bedrock. These fractures help in accessing the previously impervious rock formation and with it, the oil and gas stored within.

Origins And History Of Fracking

The origins of fracking can be traced back to the 1860s. It was extremely hazardous and illegal at this point, due to the use of nitroglycerin to make the rocks ‘shoot’ to get oil.

In the 1930s, less hazardous materials were being used to fracture the rocks, including the injection of non-explosive fluids (acid). Although this method was effective, it was later in 1947, with experiments by Floyd Farris of Stanolind Oil and Gas Corporation (Amoco), that the effects of acids, injecting cement and squeeze cementing was better understood.

With further development, the Hydrafrac process was introduced by J.B. Clark of Stanolind Oil in a paper written in 1948. That technique was patented in 1949 and exclusively licensed to Halliburton Oil Well Cementing Company (Howco). In the first year of the license, 332 wells were treated, increasing the production of oil by 75%.

Also Read: When Will Fossil Fuels Run Out?

Since then, the method has been iterated a number of times, with better materials continually used for propping. The technique saw widespread adoption and by 2008, 50,000 frac stages have been completed worldwide. According to some estimates, fracking has increased US oil reserves by 30% and gas reserves by 90%.

The United States has seen a tremendous increase in its oil and gas reserves, especially since the fracking boom from 2005. Not only this, but in the years between 2005 and 2012, 600,000 jobs have been added by the fracking industry. This is due to the fact that natural gas has replaced coal as the major source for electricity generation, for obvious reasons.

Consider this, the US tops the charts in the highest cumulative greenhouse emissions among all countries of the world. It has the highest per-capita emission and lags only behind China as the largest greenhouse emitter on the planet. The carbon emitted by natural gas is half that of coal per unit of energy, and it is also much cheaper than coal. It also doesn’t require a high land footprint like coal, and there are no toxic residues like ash or mercury.

During the fracking boom, US greenhouse emissions have actually gone down, largely due to the availability of abundant natural gas. This is where fracking falls into a grey area, as there are also some profoundly negative effects of it.

As natural gas replaced coal in power generation, due to its easier availability, abundant oil reserves have seen their prices fall and an increase in emissions through transportation. In fact, transportation has become the largest emission source in the US. The low price and easier availability of oil also remove the pressure for companies to transition from fossil-based vehicles to electric or fuel-powered private and public transportation. The domination of natural gas also removes the incentive to venture and innovate in nuclear-powered energy generation.

And while natural gas has half the emission of coal, it does pollute whenever methane leaks. Some amount of methane inevitably leaks in the extraction process, which could be bad news, as methane traps more heat than carbon over a period of 100 years. You can learn more about the dangers of methane as a greenhouse gas here!

The process of fracking is also a cause for concern. Massive amounts of water are used in the procedure and the fracturing of wells can release benzene into the air, which is highly toxic. An active site can pollute water nearby and also increases the risk of earthquakes.

Fracking has reduced our dependence on coal and has dropped emissions slightly, but it has also increased the availability of coal and these effects are seen in the surge of transportation emissions. Natural gas is a major pollutant in itself and can’t be seen as a long term solution for our energy woes.

Although fracking is a good transitional strategy, we have to bring our emissions down to 0% by 2050 if we are to avoid the climate catastrophe. That goal will be impossible if fracking for natural gas and oil continues.