The most likely explanation for why bugs are attracted to light is because they are confused by artificial lights and think that it is daytime. This confusion leads them to seek out the light source, not knowing that it will be the last thing they do.

Bugs and moths have been found to follow the moon to stay upright, fly straight, and remain oriented. When a light is turned on, moths and other bugs are deceived, and fly directly into it with a satisfying sizzle.

You’ve likely heard the phrase “drawn like a moth to a flame”, and immediately understood what the speaker meant. This phrase is obviously drawn from the habit of moths (and most other bugs) to fly towards any source of light.

If you’ve ever sat near a bug-zapper on a warm summer night, you’ve undoubtedly heard a few dozen bugs fry themselves, and if you leave a window open at night, don’t be surprised if you wake up with some new insect friends in the morning!

This phenomenon is well known, but not necessarily understood… why is it that insects are so attracted to light?

A Manmade Problem for a Natural Instinct

While it may seem like the vast majority of bugs are slightly suicidal, given their penchant for “bee”-lining right into a light source, there are actually a number of scientific theories to explain this strange habit.

Phototaxis is a word you might not be familiar with, but it is the natural instinct to be affected by light sources (positive phototaxis means you are attracted to light, while negative phototaxis means you avoid light). For hundreds of millions of years, insects have evolved in some incredible ways, including the way that they navigate. At night, insects often use natural light sources, such as the moon and stars, to navigate through the world. 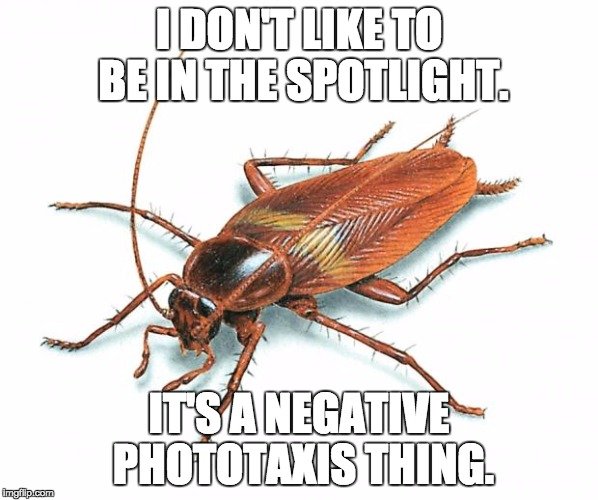 Moths, for example, have been found to follow the moon to stay upright, fly straight, and remain oriented. The moth will never reach the moon, of course, but the same isn’t true of artificial light sources. Therefore, when your back porch light is turned on, moths and other bugs are deceived, and fly directly into it with a satisfying sizzle.

Phototaxis isn’t a universal adaptation, and yet it seems like the majority of bugs are drawn by light, so a few other explanations have arisen over the years. Before artificial lights, nighttime meant darkness, which helped insects know when to rest and when to “work”. Artificial lights, however, may confuse insects into thinking that it’s daytime, and since light allows insects to avoid obstacles and hunt, they seek out the light source, not knowing that it will be the last thing they do.

Does This Only Apply to Artificial Lights? What About Light Colors?

If you’ve ever walked outside at night in a white shirt, it wouldn’t be surprising if you came back inside with a few bugs latched onto the fabric. The reflective nature of light colors makes them similar to artificial light sources, which also leads to yet another theory about insects and light.

Ultraviolet light and short wavelength colors are more attractive to insects, which may have to do with their feeding patterns. Flowers naturally reflect ultraviolet light, and for many insects, flowers are a key source of food. When your white t-shirt reflects light for all the insects of the night to see, they may just think you’re a tasty snack.

The reason that a definitive explanation for this insect behavior is still missing is because the tendency doesn’t quite make sense. For example, one of the best parts about natural selection is that it makes species smarter and more fit to survive. Considering that artificial light sources have been around for thousands of years, and they almost always spell death for insects, doesn’t it make sense that the deadly habit of dive-bombing candles and bonfires would have been “selected out” by now?

Evolution does happen at a very slow pace, but such a universally deadly trend seems like it should be changing more rapidly, as smarter insects avoid lights, survive, and pass on their “wisdom” to their progeny. 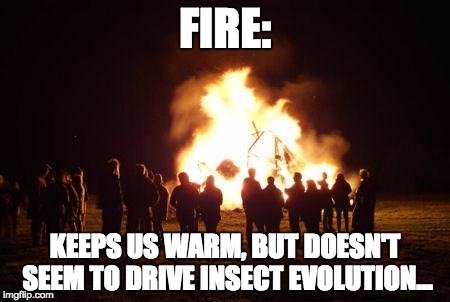 There are numerous arguments on all sides, so presently, insects’ suicidal obsession with light remains something of a mystery. Who knows, perhaps in another few thousand years, insects will be able to tell the difference between artificial light and the stars in the sky, but until then, your bug-zapper will probably stay pretty busy!