In their primal phase, moths possess chewing organs that they use to chew just about anything in their proximity. This includes hair, fur, furniture, paper dust, and materials composed of oil and wool.

Apart from the splendor of butterflies, moths and butterflies are quite similar in their appearance. Both have two wings, a pair of antennae, and are known to feed on nectar. Scientists claim that butterflies essentially evolved from moths, yet they classify these insects separately in the order Lepidoptera, which translates to “scaly wings”.

However, unlike butterflies, moths are nocturnal insects, which prevents them from using their eyesight to search for food. Moths also have larger antennae than butterflies, which are devoid of knobs. Larger antennae give moths an excellent sense of smell and enable them to feed on flowers that bloom at night. These flowers exude an intense smell that wandering moths effortlessly pick up. 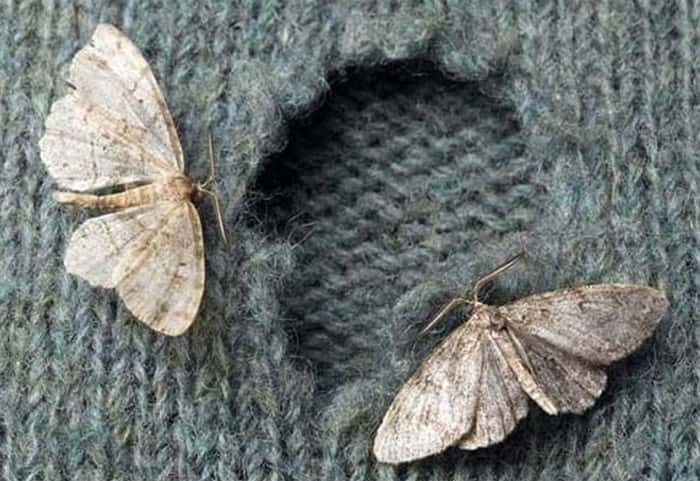 Unfortunately, moths have acquired a nefarious reputation for ripping holes in our beloved sweaters. Apart from that, adult moths resting on textiles are highly misunderstood creatures; they are not eating your favorite winter wrap. Blame the moth’s larvae, also called caterpillars. In fact, some species of adult moths lack the apparatus to chew food at all – they have no mouthparts to feed on anything!

But if adult moths rarely eat anything, how do larvae grow into sepia-winged adults? What do they eat?

What Do Larvae Eat?

After a larva spurts into existence, it has only two indispensable aims: to gain weight to enter the next phase of its life cycle, and throughout its youth, to avoid being killed by a predator.

Gravid adult moth lay several eggs near a host plant. After hatching from the egg, the first thing that larvae begin to eat is the eggshell from which it was born. It then forays into eating host plant leaves. For instance, a Cherry Dagger Moth only feeds on cherry trees, and the Common Oak Moth only feeds on, as you might have guessed, oak trees. Larvae are such voracious eaters that they eat for 5-7 days after birth and become larger and larger. It grows so fast that its skin cannot keep up with its growth, so they shed its skins many times during this phase. This shedding is technically called moulting. If several larvae breed unabated, their incessant eating can even cause the death of the host plant. 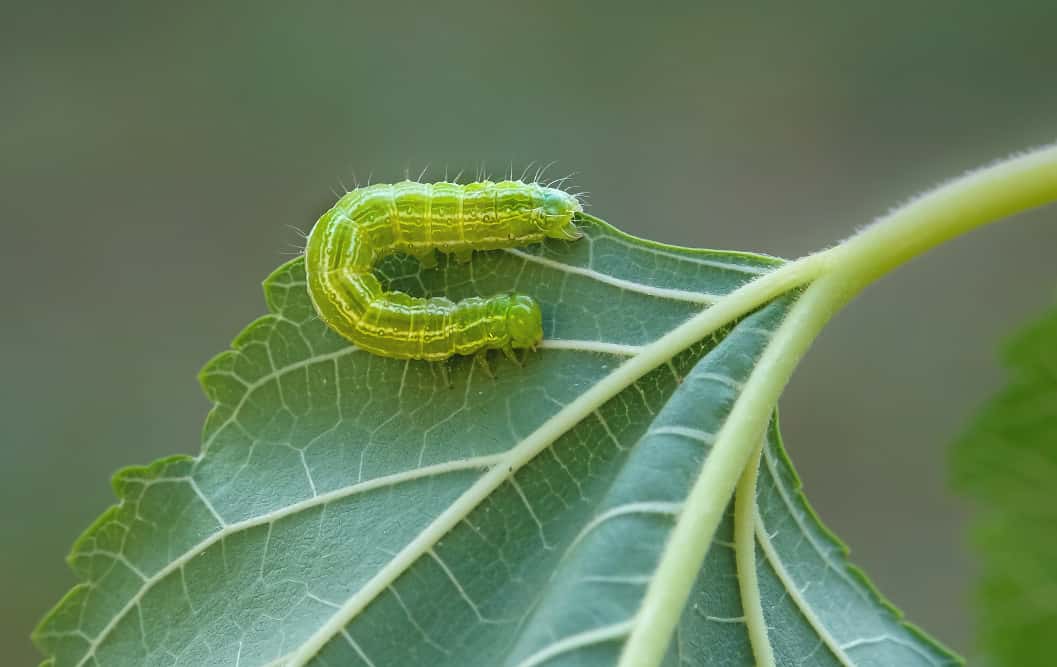 The diet of the larvae is not limited to just plants or nectar, which are the foods with which they are most often associated. Larval moths are known to be ravenous feeders. In their primal phase, they possess chewing organs with which they chew pretty much everything in their vicinity, including paper dust, hair, fur, furniture, and materials near oil and wool. The contempt we feel for adults is misdirected because it is actually baby moth – the caterpillars—which are gluttonous eaters.

Moths are often referred to as textile pests, but as I said, it is not the moths that eat clothes but the larvae or caterpillars. Besides the usual plants and leaves, larvae are very fond of fibres in the clothing. Two species, the case-making clothes moth (Tinea pellionella) and the webbing clothes moth (Tineola biselliell) are famous fabric eaters. Both species are known to eat natural cloth fibres found in clothes, curtains, carpets, bedsheets, and upholstery. They can devour wool, cotton, silk, cashmere, and lint. 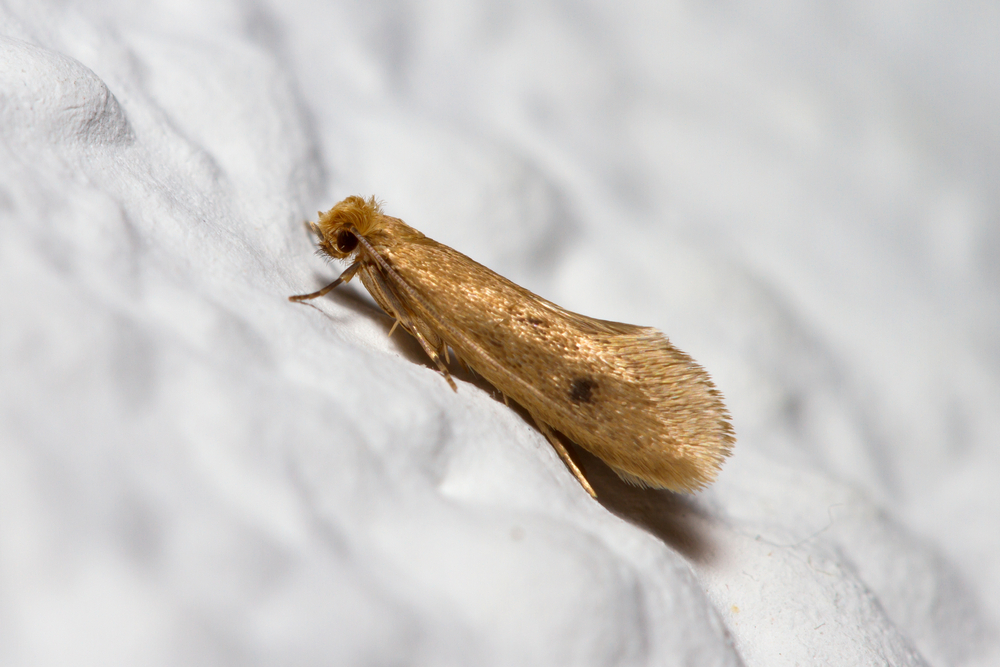 An adult female moth usually lays a few dozen eggs in her life, and when she lays them on cloth such as fur or cashmere, they are usually attached with a special glue to hold them to the cloth. These eggs are too small to be seen by the naked eye, making it almost impossible to detect a caterpillar infestation until the hatched larvae eat enough to cause holes in the fabric—and by then, it may be too late!

Regular sunbathing and brushing is one of the best ways to prevent moth infestation. Another option is to use mothballs made of a chemical called paradichlorobenzene. Paradichlorobenzene is toxic to larvae and their eggs as it suffocates moths and larvae. Vacuuming can also be another alternative to keep the larval infestation at bay.

What Does Pupa Eat?

The pupa stage is also called a chrysalis. To not be eaten by a predator, the pupa protects itself by camouflage or by its solidity. Otherwise, the moth can undergo its pupal stage by remaining underground. At this stage, the moths remain still and do not eat. They simply use all the food they have eaten during the larval stage to prepare for the next phase of life. Depending on the species, chrysalis can take a few weeks to a few years! 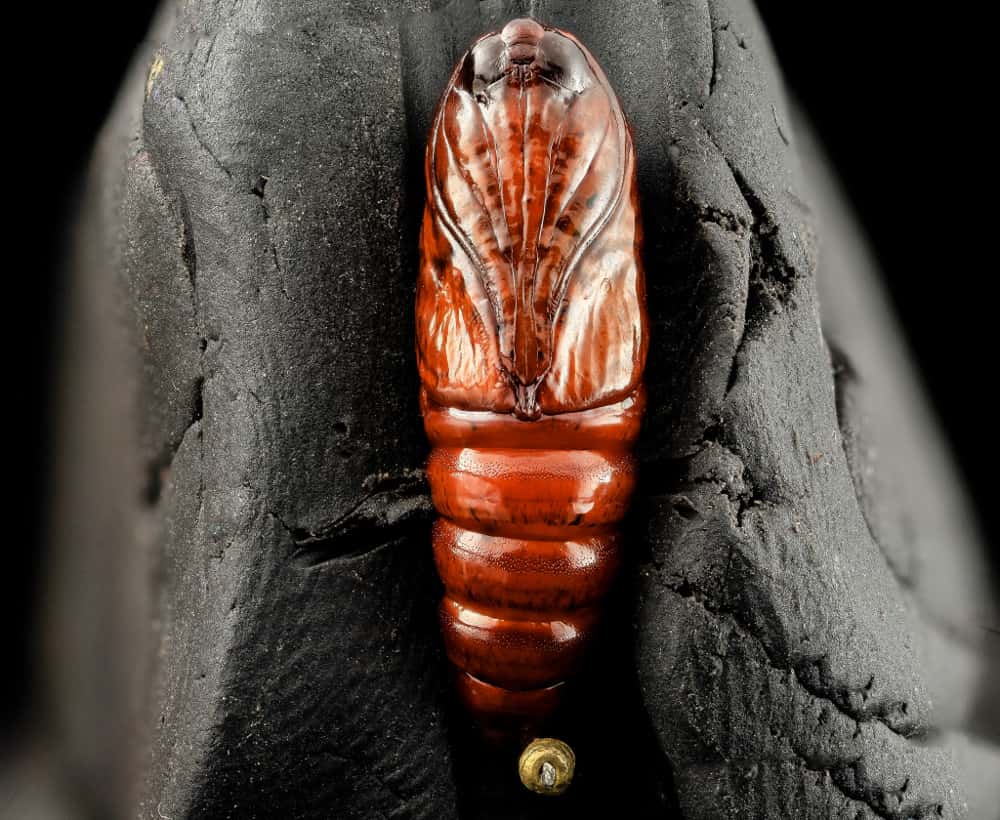 Larva transformed into a pupa through chrysalis (Photo Credit: Flickr)

What Do Adult Moths Eat?

There are at least 150,000 moth species globally, including the Giant Moth, Sphinx Moth, and Owlet Moth. After the larvae have accomplished their primary survival tasks, they progress into the pupal stage and finally bloom into the final phase of their ephemeral lives.

The sole aim of a moth throughout its adult life is to find a mate and reproduce to facilitate its species’ survival. An adult moth, therefore, does not require as much nourishment as a larval moth.

Feeding Through A Proboscis

The chewing apparatus is transformed into a tube-like apparatus called a proboscis. Like butterflies, this tube provides a moth with a fluid-pumping mechanism to suck on a flower’s nectar, which then flows into its digestive tract and is excreted through its anus. Adult moths need this nectar fluid to power their wings. 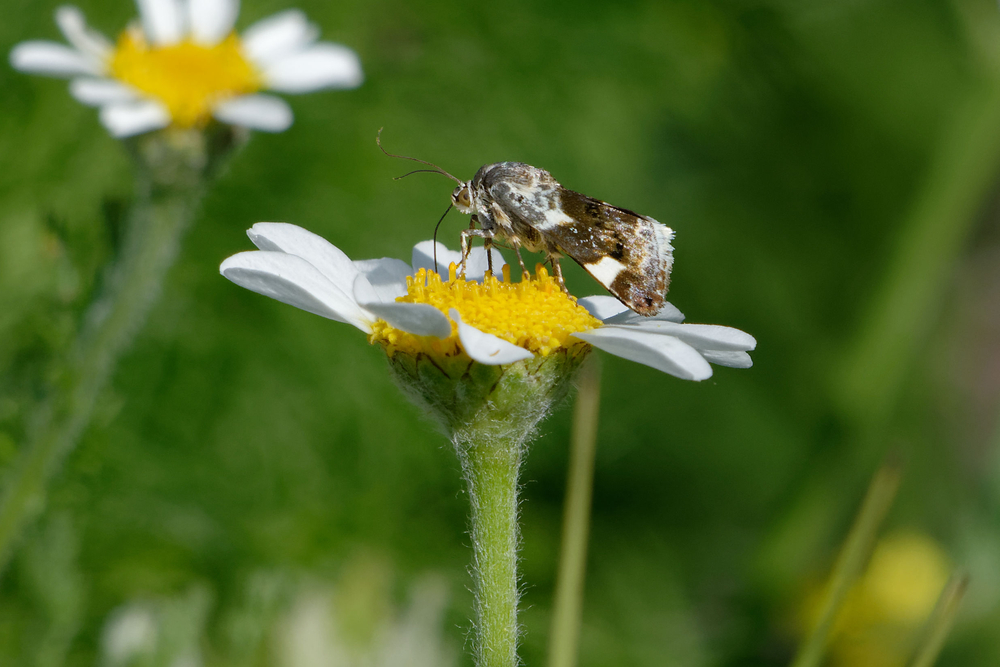 In addition to nectar, they also suck honeydew, juices from decaying fruits, tree sap, manure liquids, animal droppings, or faeces. Adult moths generally tend to eat foods rich in sodium or minerals that enhance their virility; they are consumed to gain energy for reproductive purposes through such a diet. This is why moths often land on people’s shoulders in the park to lick sodium-rich sweat.

No, moths do not bite people because they lose their biting power during chrysalis. If they develop into a full-grown moth, they survive by sucking in liquid juices rich in sodium, sugar, and other minerals. However, their faeces and cocoons can be harmful. If they become mixed with edible items, such as on the underside of a leaf, contamination can occur. Ingesting this contaminated food can make us ill. Furthermore, many people experience allergic reactions when wearing clothing previously infested with moths. 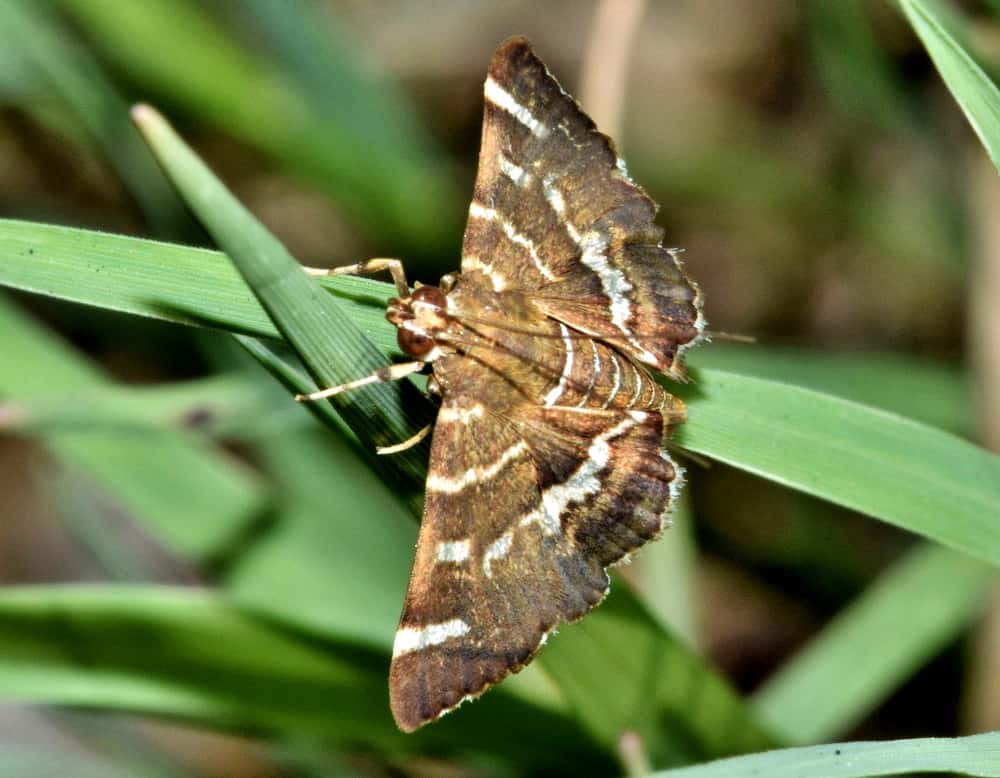 Moth relishing on the vegetation

Also Read: Is A Butterfly The Same As A Caterpillar?

Interestingly, some adults do not eat at all! They simply rely on the energy they accumulated as young moths foraging through the surrounding vegetation, which is later used for flying and reproduction!

How well you know a moth’s eating habits?