Bees use a combination of the sun, their memory of their surroundings, and a gene called Egr to find their way home.

Many people in the world, myself included, struggle with keeping their bearings when they’re out wandering in the world. For example, if I am running errands and try to get clever and take a shortcut, there is about a 50/50 chance that I’ll get turned around and end up having to use my smartphone to guide me back home. Many people seem to have a natural sense of direction… but we’re not all that lucky. 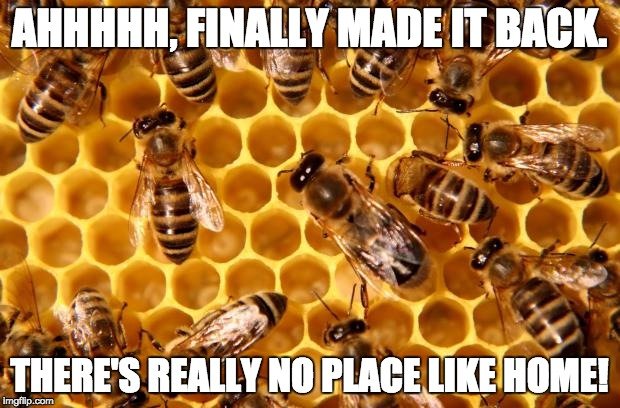 For insects with tiny brains, this raises an interesting question… how do bees find they way back?

Short Answer: Bees use a combination of sunlight and mental maps of their surrounding geography to ensure that they never get lost.

The Busy Lives of Bees

In the complex world of honeybees, there are three main roles – queen, worker and drone. The queen is responsible for laying all the eggs that will keep the population of the hive stable or growing. Her only job is to have sex and have babies, and be well taken care of in the meantime. A queen can live for 2-3 years, and even up to 5 on the outside.

Queens produce unfertilized eggs that become drones – male honeybees. A drone’s only real purpose is to mate with the queen, and once this is accomplished, the drone will die soon after. If the drone fails to mate, it will be cast out of the hive, where it will likely die from cold or starvation.

The worker bees are the ones who truly keep the hive running. These worker bees are smaller than the other two classes, but they make up the vast majority of the hive. These are also the bees that you encounter out in the world. Worker bees spend the first few weeks of their lives working inside the hive, but they eventually move up to foraging, which is when they fly out of the hive to seek out pollen and nectar. The average life span of these workers, particularly during labor-intensive pollen season, is no more than two months. That’s also why they can get a bit testy when you try to steal their honey!

With such short life spans, and so much work to do to feed a constantly growing population, it is important that bees not waste time getting lost when they’re out foraging for food. Depending on the conditions and availability of food, bees will fly up to seven miles from the hive in search of food, representing a total search area of more than 100,000 acres. For those of you who get lost in a grocery store, bees finding their way home after endless zig-zagging and hunting for pollen seems like an impossible task. And yet… here we are.

The Navigation Tricks of Bees

This question of bee navigation is hardly a new one, and many research studies have found that bees use the particular angle of the sun to guide their flight path. Once they locate a source of nectar or pollen, they collect the bounty, turn tail, and head back the same way they came, keeping the sun at the same angle once again. If a bee maintains a strict angle between the angle of flight and the angle of the sun, it should be able to easily replicate that on the way back to the hive.

This sun theory became even more interesting due to the bees’ apparent ability to communicate the direction of the food to other bees, through the legendary “waggle dance”. There was some speculation on this theory, because the brains of bees were so small, and it wasn’t believed that they could comprehend location and communication at this level, but repeated tests have shown that their navigation instructions to other bees are accurate, and that distinct elements of the dance relate to whether the sun is behind or in front of the foraging bee. 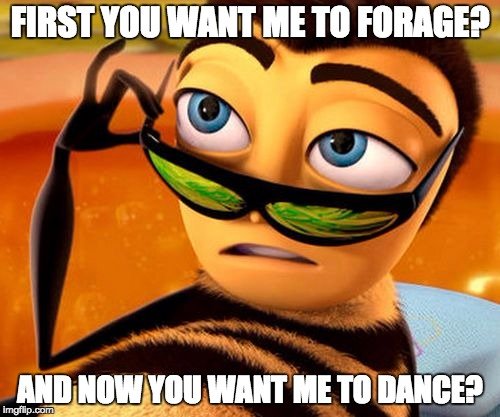 However, the story doesn’t stop there. It has also been found that bees possess a particular gene, called Egr, that is activated when a bee is exposed to a novel environment. The same gene has been found in other vertebrates and is activated in unfamiliar surroundings, and is believed to be linked to learning. Essentially, when worker bees leave the hive the first few times, before going on proper foraging runs, this gene becomes activated, allowing bees to “become” better navigators in a very short amount of time.

Finally, there is the mental maps theory. Certain experiments to refute or add to the theory of sun-navigation for bees has involved confusing bees and their body clocks, making it more difficult for them to understand the direction of their hive based on the movement of the sun. By drugging bees that had been out on a foraging run for six hours, it was believed that the bees would be disoriented and unable to find the hive.

On the contrary, it took approximately the same amount of time for the drugged bees to return to the hive. This made it very clear that the geographic elements of the surroundings also have an impact on bees’ ability to navigate while foraging. By creating a mental map of hedgerows, orchards, fields, and natural landmarks, bees basically have a GPS screen in front of their eyes, guiding their trips back and forth from the hive.

Now that you know, if anyone ever insults the intelligence of bees in your presence, you should step up and set them straight. Furthermore, if anyone ever acts like bees aren’t important, kindly remind them that without bee pollination, estimates say that human beings would only be able to survive for four years. I guess we should be happy they’re such great navigators!