A recession is a long period of decline in a given economy. It can be long, short, damaging in the long run or just plain bad. In a growing economy, the demand for goods and services is constantly growing. Overheating can only be sustained for a while before it leads to a harmful downturn.

Remember those childhood days when you were afraid of ghosts and witches? Someone only needed to say ‘Bogeyman’ for you to start shaking like a leaf! Ah yes, innocent childhood and its imaginary fears! Once adulthood sets in, however, a very different word gives us the heebie-jeebies! Even the smallest mention of this word is enough to make millions of people worry over their jobs and hold tighter to their savings. 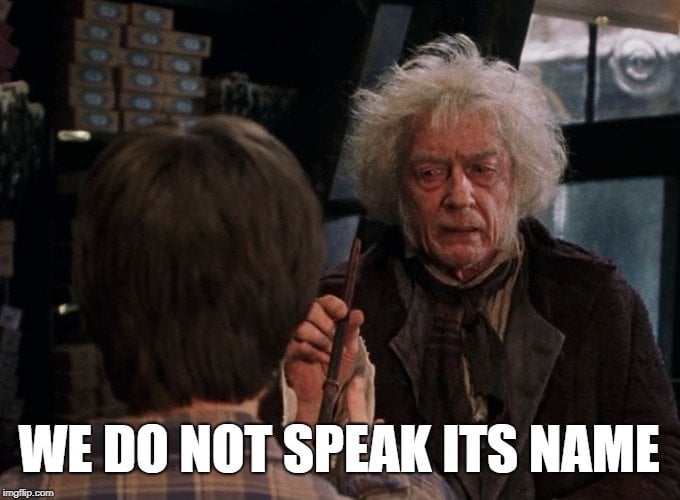 Recession (there, I said it!) has unsettled people, industries and entire governments for generations, but what is this economic disaster and what is so scary about it?

What is a recession?

Ups and downs in any economy are natural and are hardly perturbing. A recession, on the other hand, is a long period of decline in a given economy. Most analysts call something a recession if it results in a decline in a country’s real Gross Domestic Product (GDP)—the value of all goods and services that a country produces—for two or more consecutive quarters.

However, the National Bureau of Economic Research takes an even broader view to include a significant widespread decline in economic activity that lasts several months. What’s the difference? This view includes—in addition to the shrinking GDP—declining incomes, employment, industrial production and sales. Recession is a long period of decline in the economy. (Photo Credit: Pixabay)

A recession can come in all shapes and sizes—some long, some short, some damaging in the long run, others quickly forgotten, some touching all industries in an economy, and others more targeted. Whatever the type, it remains true that a recession is a destructive period for economies.

Understanding the causes of recession has been a particularly challenging area of research in economics. Historical records point towards a few culprits—an overheating economy that accelerates price inflation, financial/asset bubbles, and external shocks to the economy.

Nothing lasts forever—not even growth! Why, you ask?

In a growing economy, the demand for goods and services is constantly growing. With growing demand, industries employ more people and resources to produce and supply these goods. Gradually, demand begins growing more rapidly than the economy’s production capacity can handle, creating a demand-supply gap with a higher demand than supply. This leads to inflation, i.e., an increase in prices. When a nation reaches its full potential of employment and resources, the supply of goods will start stagnating. An overheating economy is one in which demand outstrips supply, extending far past the maximum capacities of the economy’s resources.

Overheating can only be sustained for a while before it leads to a harmful downturn of the economy. People eventually find that the goods are not worth their prices and reduce spending on them. This reverses the cycle of growth. Sales decrease, as a consequence of reduced demand, and businesses stop expanding. This leads to industries having to lay off employees. When people lose their jobs, they further reduce spending, meaning that the demand decreases even more, and so on. Humans are greedy, and it is precisely this greed that fuels asset bubbles. An asset bubble is when the price of a certain asset, such as gold, stocks, housing, etc. rise quickly over a short period of time. However, like any other bubble, it eventually pops. This might lead you to a logical question: what causes asset bubbles?

An asset starts by becoming popular among experienced investors. With increasing popularity of this asset, less experienced investors, also start investing in (or buying) the asset. Gradually, you begin to hear about the asset everywhere – in the media, among friends and colleagues… even your annoying neighbor starts talking about it! Everyone wants a piece of the action and begins buying it, despite its outrageous price. How much would you pay for a bouquet of tulips? A few dollars? A few hundred dollars? A thousand? Don’t call me crazy… people are guilty of buying a bouquet of tulips for thousands of dollars during the Tulip Mania of the 17th century in the Netherlands. A certain tulip called the Semper August tulip was bought for six thousand guilders, which roughly translates to three thousand dollars! (Source)

During a commercial mania of this nature, people are willing to pay large sums of money to acquire an oh-so-popular asset, even though its price has increased far more than its actual worth. This is a bubble, and once people realize this, it bursts. People suddenly stop buying the asset and its demand crashes.

Recessions are sometimes triggered by unexpected negative external events to the economy that disrupt growth. These adverse shocks come with very little warning and are almost impossible to predict, unlike overheating or bubbles, which are more gradual and measurable.

Recession vs. Depression: What is the difference?

The National Bureau of Economic Research is the arbiter for recession. However, there is no official arbiter, or definition, of a depression. Basically, a depression is just a really long and bad recession. Now, let’s look at two of the greatest economic events in American history.

The Great Depression started back in 1929 and lasted until about 1939, making it the longest and most severe depression ever experienced by the industrialized Western world. Originating in the United States, it caused drastic declines in economies across the globe.

The primary cause of the depression was a decline in aggregate demand, which led to a decrease in production and an unintended rise in inventories. However, this was not the only cause behind this grave crisis; the stock market crash was also blamed in a major way.

Stock prices had risen more than fourfold by 1929. The Federal Reserve had raised interest rates, hoping to slow down the rapidly rising stock prices, which discouraged interest-sensitive spending in areas like housing and automobile purchases. The stock market bubble burst on “Black Thursday”, October 24, 1929. This event is often called the Great Crash of 1929. The stock prices plummeted significantly during the great crash, and continued to decline for a long time. (Photo Credit : Rjensen
/Wikimedia Commons)

Banking panics occurred in the fall of 1930, which further aggravated the situation. A banking panic occurs when many depositors start losing confidence in the solvency of a bank and start demanding their money back immediately, all at the same time. Since banks keep only a fraction of the money that you deposit with them and loan out the rest, simultaneous demands for the repayment of such huge amounts puts unbearable pressure on the banks. The effect of this banking panic was so dreadful that by 1933, one-fifth of banks had failed.

The depression started and worsened due to many other reasons, such as mistakes in the monetary policy of the Federal Reserve and a reduction in foreign lending and trade. The effect of the depression was such that global output and standards of living dropped precipitously. The economic, social and cultural effects of this depression on the United States were so serious that it ranks second only to the Civil War among the gravest crises in American history.

The Great Recession of 2008

The Great Recession started in 2008 and saw some of the highest unemployment rates and home foreclosures in the United States since the Great Depression. The cause of this recession is often said to be the subprime mortgage crisis, but as always, there were other factors involved. Let’s try to understand what actually happened.

The value of houses was increasing rapidly, which made more and more people interested in buying properties. On the other hand, banks were issuing mortgage loans for buying houses to practically everyone, even to borrowers with low creditworthiness. In other words, banks were lending money to people who were less likely to pay them back. Buying a house suddenly felt like reality to many people who had only ever dreamt of owning their own place. Many of these loans were also sold to large investors as mortgage-backed securities (MBS). In such a setting, the bank merely acts as a middleman between the home buyer and the investors. Essentially, the investor is lending money to the home buyer, through the bank. This process was highly profitable, since the home prices were rising and investors were happy.

This bubble burst in 2006. The Federal Reserve increased some interest rates, induced by inflation worries, and it became more difficult for borrowers to pay back the money. This forced them to sell their homes, which increased the supply of houses on the market. Only, no one wanted to buy them! This reduced housing prices considerably, as more and more people began to default on their payments and sell houses. The whole system collapsed, and the banking system was the hardest hit.

The American economy has benefited from the absence of external shocks in the past few years, which has supported growth and kept inflation low. However, we often see hints of overheating and asset bubbles, like the ones predominant in both these historic crises, so we must always be vigilant if we want to keep our economy—and our lives—stable and secure!