Nuclear power plants around the world work on the principle of nuclear fission, a process wherein an atom is split into smaller atoms, accompanied by the release of energy, which is then used to power other things. Nuclear fusion, as you might already know, is the opposite of nuclear fission. It can also generate huge amounts of power, just like fission.

You might be surprised to note that fusion is actually a better bet than fission when it comes to generating power.

Why is fusion a better option than fission to generate power?

Fusion is much better than fission in a number of ways. Firstly, nuclear fusion requires less fuel than fission. On top of that, fusion is carried out by using deuterium (an isotope of hydrogen) as fuel, which is quite abundant in nature. In contrast, the fuel necessary for fission (uranium, plutonium or thorium) is very hard to get – and insanely expensive!

Furthermore, unlike fission, nuclear fusion does not produce any radioactive waste; it only produces helium atoms as a byproduct, which we can actually use to our benefit in various ways. 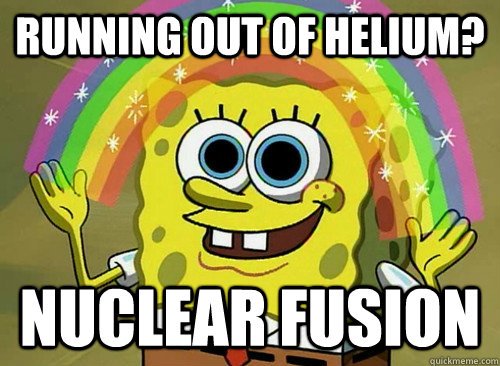 Since fusion doesn’t produce runaway chain reactions the way fission can, there’s practically no risk of a meltdown in the case of nuclear fusion.

So, if fusion is so great, and better than fission in so many respects, why aren’t we using fusion to produce power already?

There is not just one, but rather a couple things that have stopped us in the past, and are still making it impossible for us to use nuclear fusion to reliably produce power. Let’s take a look at some of these:

One of the biggest reasons why we haven’t been able to harness power from fusion is that its energy requirements are unbelievably, terribly high. 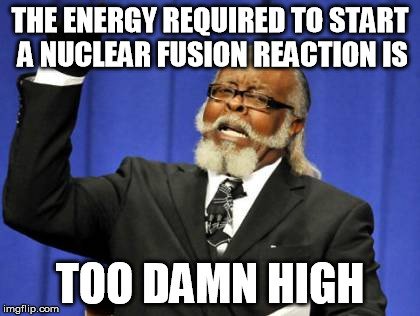 In order for fusion to occur, you need a temperature of at least 100,000,000 degrees Celsius. That’s slightly more than 6 times the temperature of the Sun’s core. It should be noted that experimental fusion reactors do exist – and work! – but they consume way more power than they produce, which basically defeats the purpose of generating power using fusion. 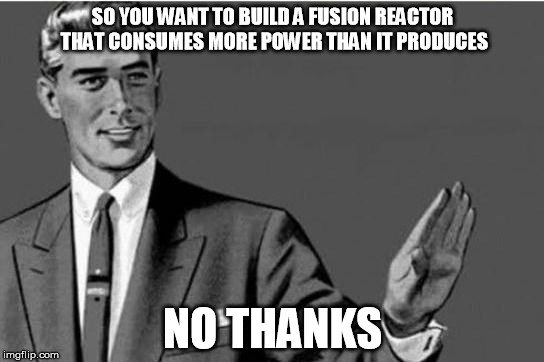 I mean, there isn’t any point in running a nuclear reactor if you end up feeding it more energy than you get back from it, right?

Not only is the energy requirement for starting a fusion reaction unbelievably high, but it’s also quite difficult to find materials that can withstand the reaction. For instance, you need a special material that won’t budge when it’s heated to such high temperatures. You would also need lots of liquid helium to keep the entire setup cooled.

Sustaining and containing the fusion reaction

You would require a lot of excess energy in order to keep the fusion reaction going once it has started. As such, you should be able to create enough excess energy with the initial reaction so that it helps other atoms fuse. In addition to that, you need a very complicated, intricate and densely-packed setup to house the entire reaction. Today, we conduct fusion reactions in a machine called the tokamak. 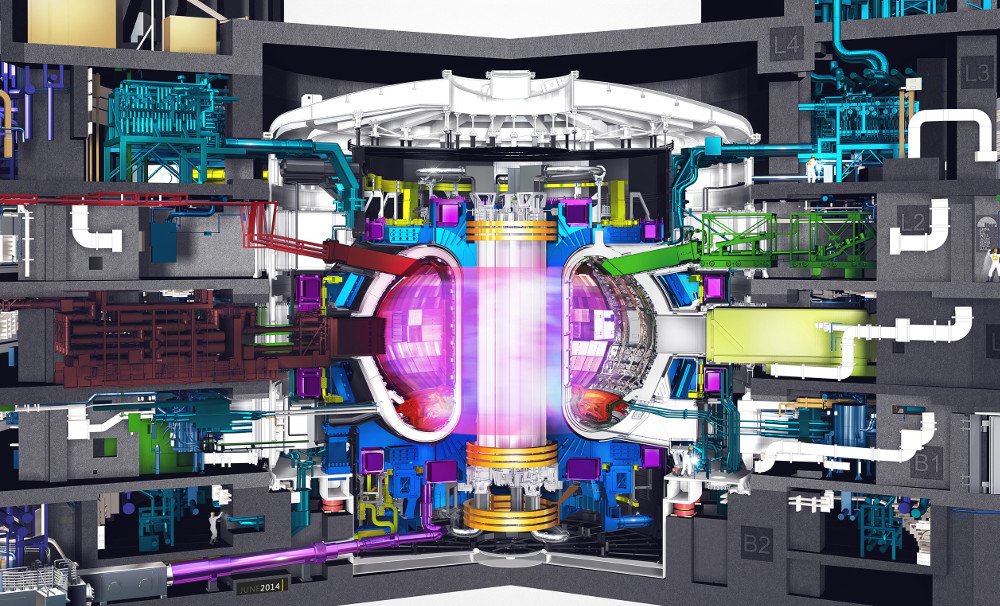 The tokamak is an experimental machine designed to harness the power of fusion.(Photo Credit : ITER.org)

The tokamak consists of a doughnut-shaped vacuum chamber. Gas is pumped into this chamber and electricity flows through the center, causing the gas to become charged and form plasma. This plasma is contained within the chamber by very strong magnetic fields.

The formation of plasma is a good thing, because that’s what we want, but plasma is highly conductive. Essentially, it starts to form its own electromagnetic currents and fields as it zooms around, thus disrupting the magnetic fields that are trying to contain it within the chamber. We have yet to figure out a reliable way in which the plasma currents self-contain, allowing them to be stable and safe.

We also need to find a material that can withstand such a high amount of heat for a long time in order for the fusion reaction to sustain.

Fusion reactions produce high-energy neutrons that hit the reactor walls. The layer of the reactor that faces the plasma is called the first wall. This sort of radiation causes most alloying elements typically used in steel to become radioactive. 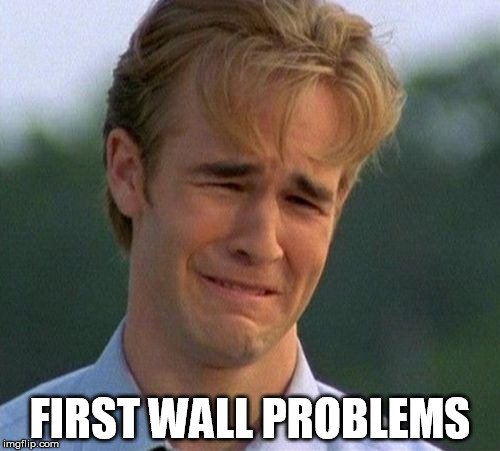 As of now, we don’t know exactly what materials we should use to build fusion reactors so that its walls withstand the extreme conditions they will experience.

Last but not least is the obligatory money problem. Anything related to nuclear power is usually considered a tough idea to sell to the masses. Betting on nuclear fusion is akin to making a multi-billion dollar investment with no guarantee of success.

In addition to that, there’s a social stigma around nuclear power that makes many believe that ‘nuclear energy is bad’. First, there’s the notorious ‘danger of radiation’. This is further aggravated by unfortunate incidents like Chernobyl, Fukushima etc. It is also important to remember that many people associate the word ‘nuclear’ with weapons of mass destruction (e.g., atomic bombs, hydrogen bombs etc.), which are capable of wiping out entire cities. 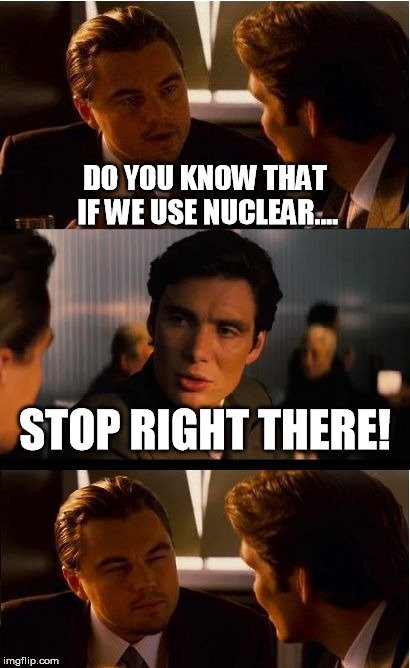 Truth be told, nuclear (either fission or fusion) is one of the ‘cleanest’ and safest energy sources available to us today. However, we are years away from making nuclear fusion a technically and economically viable process. Once the power of fusion is tapped and controlled, we’d no longer have to worry about running out of power… ever!

How much do you know about fission and fusion?