We don’t dump our nuclear waste in the sun or on the moon because the action of sending all that nuclear waste to those celestial bodies is filled with risks and high financial constraints, without much actual benefit to show for it.

Nuclear power is mysterious. Although it generates an incredible amount of energy with very little ‘starting’ material, making it a fantastic and reliable source of energy, it also has some disadvantages and liabilities.

One of the biggest problems related to anything “nuclear” is handling the waste that is inevitably produced.

More specifically known as radioactive waste, this “glowing garbage” is a byproduct of different nuclear technology processes, including nuclear power, nuclear medicine, and nuclear research. It’s extremely hazardous, as it contains radioactive material, which, as you may already know, can be dangerous to all forms of life, including humans. 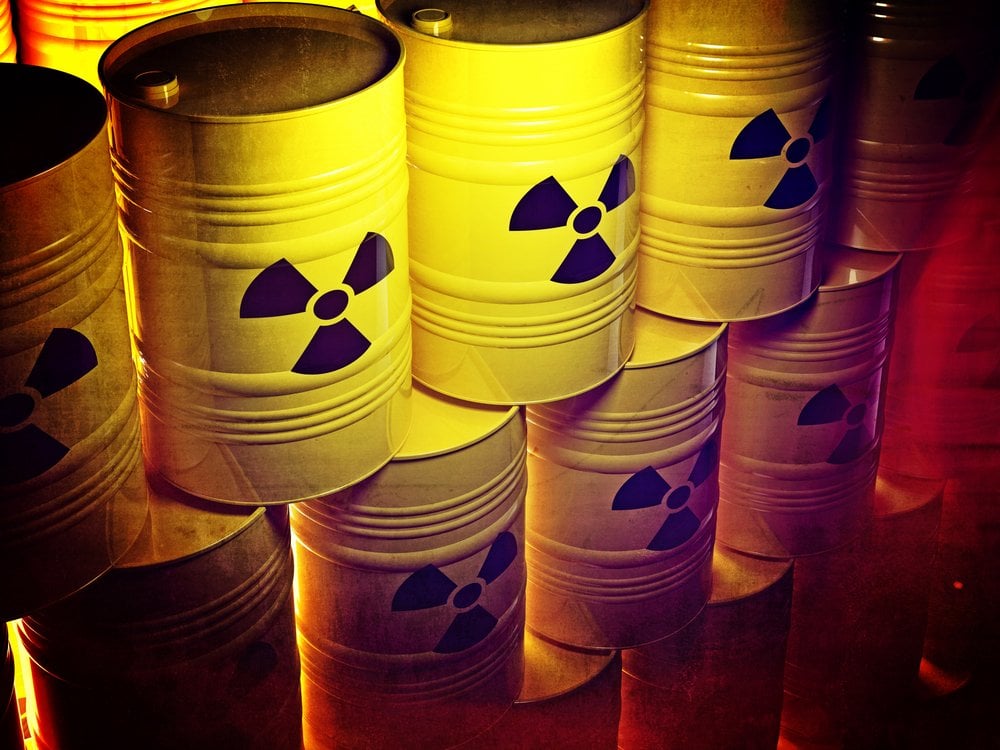 Nuclear waste is composed of elements, such as zinc, iron germanium, iodine, silver and others. (Photo Credits : gualtiero boffi/Shutterstock)

The disposal of nuclear waste is one of the biggest challenges of the modern world, a world that aspires to derive a significant amount of its energy from nuclear processes. Therefore, as you may expect, many minds have proposed various ideas and hypotheses as to how to best eliminate excess nuclear waste.

One such idea suggests collecting all the nuclear waste and putting it in sealed containers. These containers can then be loaded into a rocket launched from Earth to crash into the sun. 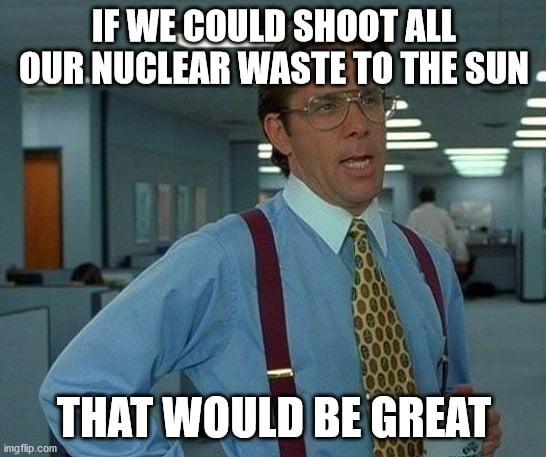 Well, not really, and in this article, we’ll discuss why it’s actually a pretty terrible idea.

Sending any rocket into space requires thrust—an upward force that launches the rocket off the ground and hurtles it towards its intended target (such as the International Space Station).

Rockets tend to go sideways after launch to get into orbit, and from there, they use Earth’s gravity to travel to places far away from our planet. (Image source: pixabay.com)

However, if you want to send a rocket to the sun, you’ll need a tremendous amount of thrust to 1) prevent the rocket from “flying away” from Earth’s orbit (gravitational slingshot), and to 2) move towards the sun.

Even if you achieve that much thrust, you’ll then need even more fuel to provide a massive amount of thrust when the rocket approaches the sun. The latter’s gravitational pull is enormous, so the closer you are to the sun, the harder it is to crash into it. In fact, a spacecraft is far more likely to get pulled into the sun’s orbit and then fly away from it.

Launch failures are not uncommon. Space research and the history of cosmic exploration is filled with accidents related to rocket launches, some of which had catastrophic results, including the loss of human life. Every rocket and its crew is thoroughly mentally prepared for contingencies if something goes wrong during or after the launch. 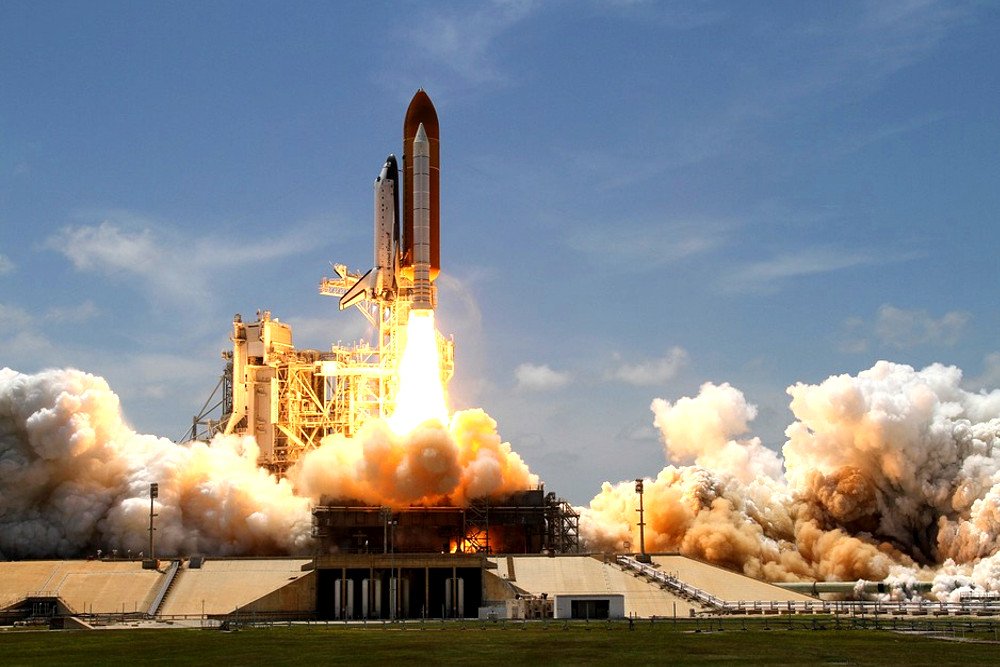 Now, imagine if something goes wrong in the launch of a rocket carrying highly dangerous radioactive waste—what would happen then?

Suffice to say that a launch failure of that magnitude would have terrible consequences for the entire world, as the radioactive waste onboard would spread over a massive area (due to the atmosphere).

Then, of course, there’s the hazard of space junk. There’s already a humongous amount of old, defunct satellites out there, with all their broken parts and debris orbiting our planet, which pose grave challenges to all space missions. Needless to say, it would be particularly horrible if a nuclear garbage-carrying rocket fails and ends up contributing radioactive waste to Earth’s ever-expanding belt of space junk.

A space mission of this magnitude would, needless to say, be very expensive. The proposed plan would be so expensive, in fact, that it presently doesn’t make any sense for a space agency to even consider sending the planet’s nuclear waste to the sun or moon.

Too high a risk

It is fair to say that launching all of our nuclear waste into space would be a dangerous undertaking, and an economically unviable one, especially since we already have more cost-effective ways to deal with the problem of nuclear waste.

Furthermore, in terms of sending it to the moon, we really don’t want to contaminate our nearest celestial satellite by scattering radioactive waste all over its surface. We might not visit too frequently, but we do have plans to inhabit it someday!