No, dumping nuclear waste into an active volcano is not a safe or effective method of containment. The temperatures required to deactivate the radioactivity of the nuclear waste are much higher than what the hottest volcanoes can provide. Additionally, volcanoes are known to explode without any warning, which would send the radioactive material into the atmosphere and around the world, resulting in mass casualties and untold environmental destruction.

Since the middle of the 20th century, the world has been in the Nuclear Age. From nuclear weapons to massive power plants, radioactive elements have been leveraged for their incredible power and potential.

Unfortunately, using radioactive material in its many forms results in the production of nuclear waste. This nuclear waste is primarily released as a byproduct from nuclear energy-generating power plants. These power plants tap into the intense heat generated from nuclear fission reactions, during which unstable radioactive atoms like uranium or plutonium are split into smaller elements.

The heat generated is turned into steam, which makes the turbines rotate and thereby generate electricity.

However, generating nuclear energy also generates radioactive byproducts. This radioactive waste can be in the form of subatomic particles called alpha or beta particles or electromagnetic waves, such as gamma waves. Beta particles and gamma rays are powerful enough to penetrate the skin. They can subsequently cause tissue damage and alter genetic composition, leading to cancer and birth defects.

Moreover, depending on the source, the radioactivity can last from a few hours to hundreds of years! Radioactive emissions don’t just harm our health, but also mess with air, water and soil, which adversely affects biodiversity in countless ways. Today, radioactive waste handling and disposal require complex and costly processes. 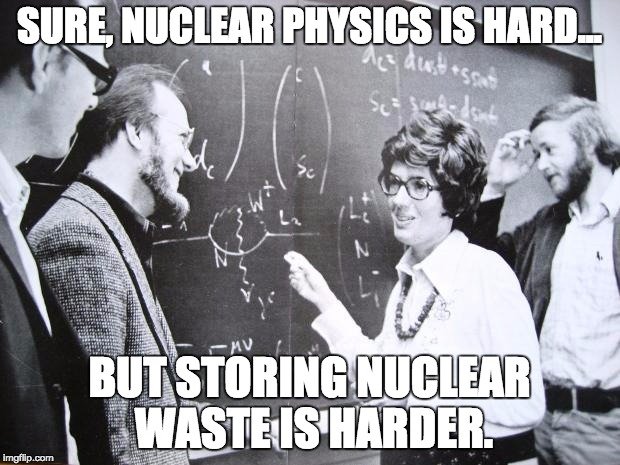 Last week, while enjoying the web series Chernobyl, one of my friends suggested dumping nuclear waste into a volcano? It made me think… would that really work? Would it be a safe and effective method of containment?

Can dumping nuclear waste in a volcano deactivate its radioactivity?

This may seem like a tidy solution for getting rid of the more than 30,000 tons of radioactive waste stored and stockpiled around the world. However, as they say, the devil is in the details. Volcanoes are incredibly powerful and molten lava is smoking hot, but surprisingly, the temperatures required to quaff radioactive material are much higher than even what the hottest volcanoes can offer!

Our current storage and transportation methods for nuclear waste include the use of extremely strong, radioactive-resistant metals, such as zirconium. Those metal containers wouldn’t even be able to melt in the heat of a volcano. Supposing that the nuclear waste was exposed to those temperatures, “destroying” nuclear material would mean splitting the radioactive element’s nuclei, which would make it inert (no longer radioactive). That sort of atomic “meltdown” would require temperatures in the tens of thousands of degrees, much hotter than Earth’s volcanoes can provide. Even the hottest volcanoes on the planet don’t surpass 3,000 degrees Fahrenheit.

Repercussions of dumping nuclear waste into an active volcano

Given that the center of boiling-hot volcanoes isn’t a place most people spend their time and the fact that volcanoes are often found in remote areas, not surrounded by large population centers, it would seem like volcanoes are still the perfect storage spots for our waste, even if they can’t “destroy” the waste. Volcanoes may be beautiful to look at, but they are infamous for exploding without any warning, which is where the trouble would start.

The force of volcano eruptions is measured in megatons, and an eruption can be more than 1,600 times greater than the force of the atomic bomb dropped on Hiroshima. We know that massive volcanic eruptions in the past have sent thousands of tons of ash and gas into the atmosphere, where it cycles through the global atmosphere before eventually settling back down to earth. While this can change weather patterns and global temperature, life can survive such interruptions of sunlight.

If we begin storing or dumping nuclear waste in volcanoes, however, those titanically massive eruptions will send that radioactive material soaring into the atmosphere and around the world, resulting in mass casualties and untold environmental destruction.

How about inactive volcanoes?

To counter the reason above, some might suggest using inactive volcanoes instead. However, bear in mind that volcanoes operate on geologic ages, not the usual time scale of years and decades that we use. A volcano may remain dormant for hundreds or thousands of years, commonly known as the cone-building phase, before once again becoming active. 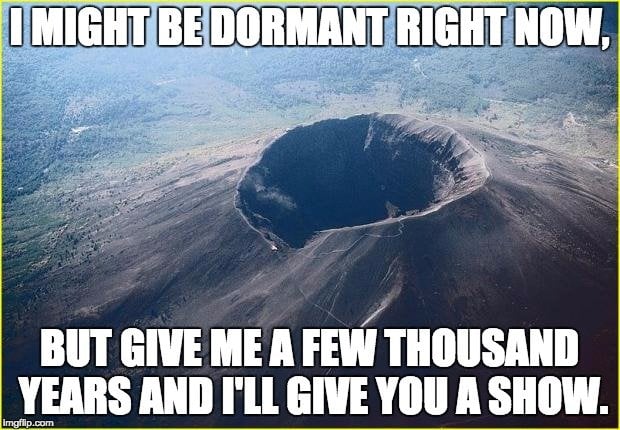 Over those thousands of years, volcanoes are known to shift and change, and also experience significant weathering and erosion. Given that, radioactive waste could eventually make its way into groundwater, or leak from the volcano in the form of small pyroclastic flows. Those lava flows will harden, eventually resulting in a barren, toxic wasteland wherever the lava travels. While volcanic ash and dirt are often considered to be rich and inspiring materials for life, this type of radioactive ash, dirt, and lava would do the exact opposite. 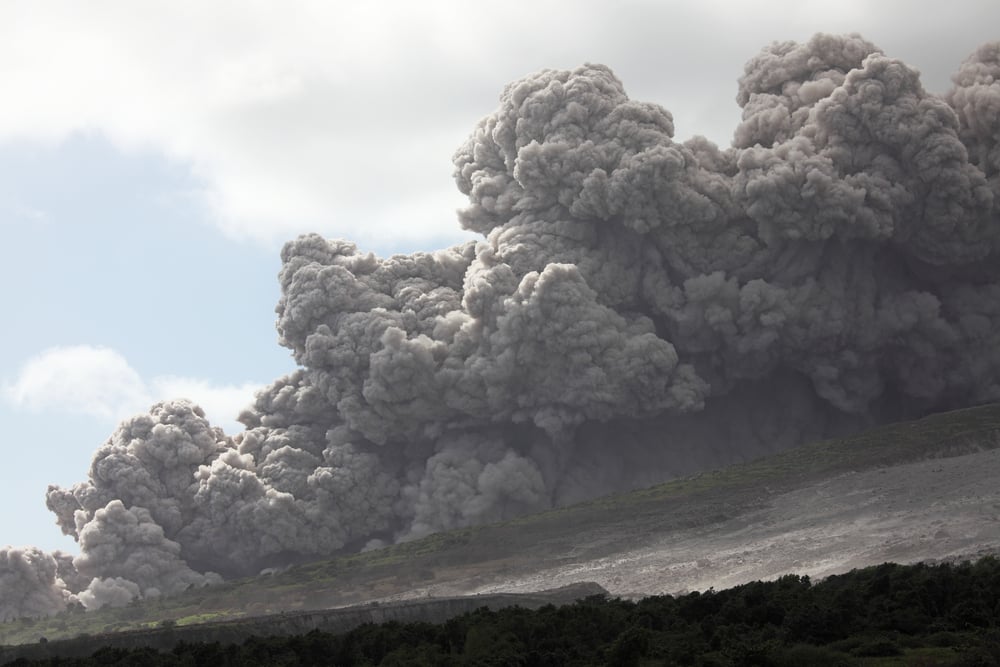 An example of pyroclastic flow descending down the valley (Credits: Photovolcanica/Shutterstock)

The problem of long half-lives

Radioactive half-life is also important to consider. Half-life in nuclear physics refers to the time required for a radioactive material to reduce to half of its initial value. To learn more about this critical aspect of our nuclear understanding, refer to this article.

Over time, radiation does dissipate, but the half-life of certain nuclear material can often be tens of thousands of years (Plutonium-239 has a 24,000-year half-life). If we dump high-level nuclear waste into any volcano, regardless of how long it has been dormant, there is no way to know whether the volcano will someday pop its top again!

Shorter half-life nuclear material, such as strontium-90 (a half-life of roughly 30 years) could theoretically be stored/disposed of in volcanoes, but the most dangerous waste materials that humans need to dispose of are often those that have longer half-lives.

The bottom line is that storing or disposing of nuclear waste in a volcano isn’t a good idea—for a wide range of reasons. Additionally, transporting thousands of tons of nuclear waste to bubbling, boiling volcanoes doesn’t sound like the safest job in the world.

Now… what about sending nuclear waste into space?

How much do you know about nuclear waste?