Depending on what type of radioactive “waste” you are talking about, it can either be reused/recycled or disposed of safely. There are many common misconceptions about nuclear waste, but it may hold the key to a green and sustainable future.

At some point in the past few decades, you’ve almost certainly seen an action movie with a plot that hinges on a terrorist plot to set off a dirty bomb or some other type of nuclear device, but the city is typically saved at the last moment by the hero of the film. In some of these films, the radioactive material being used in the bomb was stolen from a government facility, and may even be a form of nuclear waste!

Hollywood is a far cry from real life, but there really is a massive amount of nuclear waste being stored in various places around the world, and governments spend a lot of time and energy keeping those sites protected and contained. Instead of storing thousands of tons of nuclear waste, an obvious solution would be to recycle it somehow, but is that even possible? Is nuclear waste capable of being recycled or neutralized, and if so, why isn’t that the operating procedure for every nuclear nation on Earth? 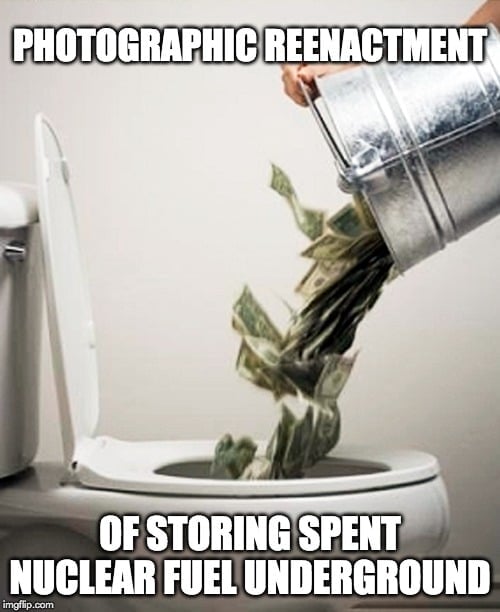 What is Nuclear Waste?

Nuclear waste is a broad term that can be used to describe a number of things, including materials that have been contaminated by radiation, such as the structural material of the buildings surrounding Chernobyl, or byproducts of certain medical and research tasks. In medical offices and hospitals, you will often see warning signs on some disposal bins with the symbol for radioactive waste. This type of waste can usually be incinerated or compressed, and then buried. However, for the purposes of this article, we’ll be discussing the most common and controversial form of nuclear waste—spent nuclear fuel, which is generated after nuclear fuel is used in a reactor for energy generation, or via other nuclear technologies. 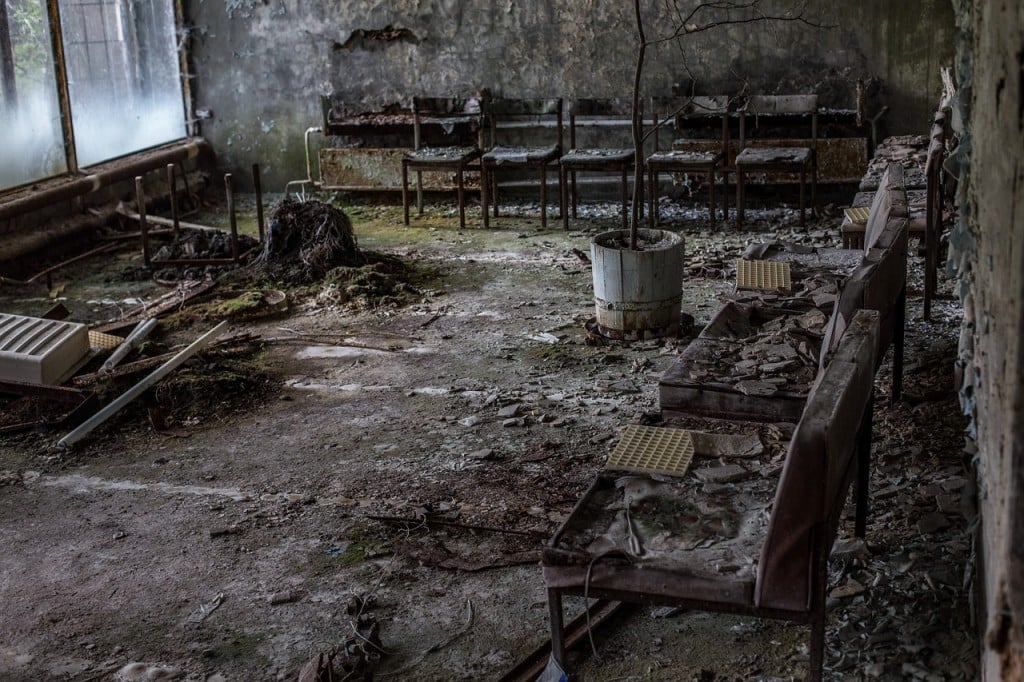 When most people think of nuclear waste, they imagine a pool of glowing green slime leaking from a crack in a damaged barrel, but remember that real life isn’t as exciting as Hollywood. Nuclear fuel typically takes on a standard form of fuel assemblies; they are sealed metal tubes that are filled with uranium (fuel) pellets. When this fuel is “used up”, it comes out in much the same form, still as a solid in sealed metal tubes, which contains the radioactive material.

This is called “high-level” waste, as it still contains very high concentrations of radiation, despite having often spent 3-5 years generating power in a reactor. This un-recycled high-level waste must be stored in a safe and permanent repository, as it can remain radioactive for hundreds of thousands, if not millions of years. In addition to this high-level nuclear waste, there are also low-level nuclear waste byproducts that are generated by such power plants, and this must also be safely handled, transported and stored. The half-life of this low-level waste is much lower, and may be neutralized fully within a few decades.

Shockingly enough, most reactors only extract a small percentage of the potential energy from the nuclear fuel before it is deemed “nuclear waste” and replaced with fresh, maximum-efficiency fuel. Given that uranium and other radioactive elements are finite resources on our planet, and considering the long-term dangers that un-recycled nuclear waste poses to future generations (e.g., accidents at disposal sites or during transportation, leakage, seismic activity, theft and terrorism, etc.), it would be very helpful if we could somehow recycle or reuse the waste.

Can Nuclear Waste Be Recycled?

Contrary to what you might believe if you’re reading this article as a citizen of the United States, nuclear waste can be recycled. In fact, major nuclear countries like France and Japan regularly recycle their nuclear waste, allowing them to get the most out of their resources. This also minimizes the volume of potentially toxic waste they need to store for millennia to come. Before we can get into the details of how nuclear waste is recycled, let’s take a quick look at how nuclear fuel is spent; more specifically, let’s look at the transformation that occurs in the nuclear material.

Roughly 11% of the world’s power comes from nuclear power plants, and more are being built every year. All nuclear reactors use nuclear fission to generate power, and uranium is the most common radioactive element used for this process. Natural uranium that is found in Earth’s crust is a mixture of slightly different forms—known as isotopes—including U-238, U-235 and U-234. These isotopes differ in the number of neutrons found in the nucleus. U-235 is a particularly special isotope, as it is the only naturally occurring material on Earth that is fissile, meaning that it can be readily split apart to release large amounts of energy. 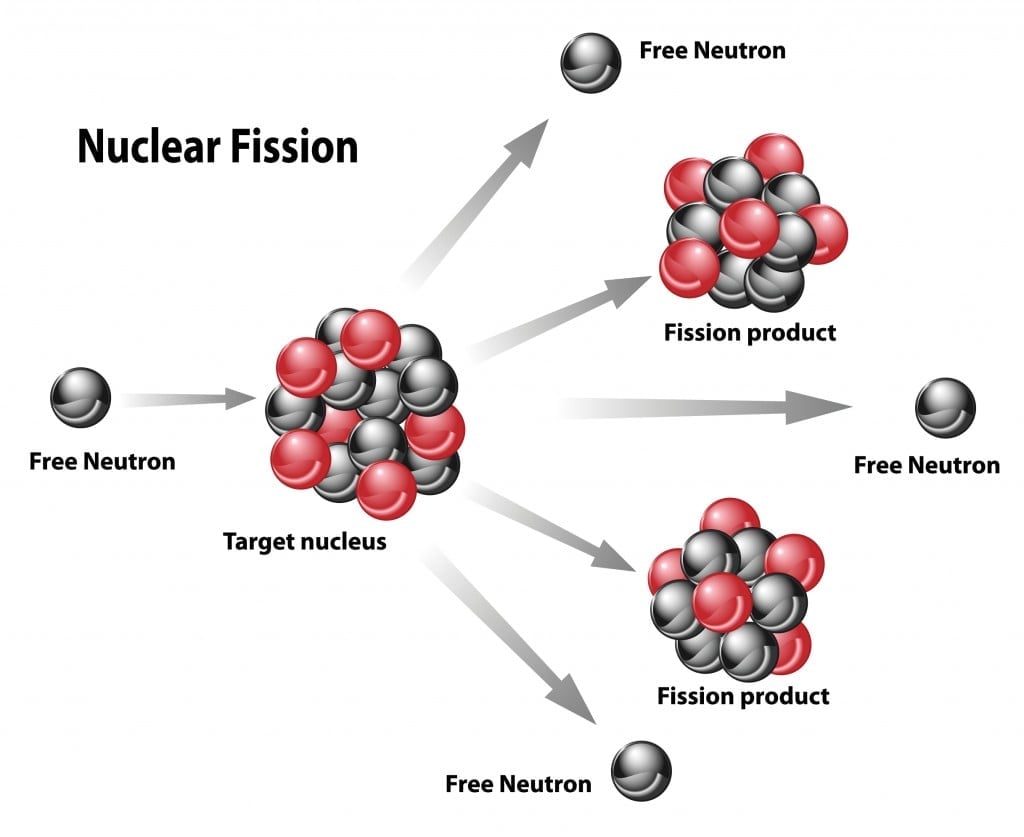 When enriched uranium is put into the nuclear reactor, a controlled chain reaction is set off. Imagine that a neutron is smashed into a uranium nucleus, causing it to split, which throws out even more neutrons. These scattered neutrons go on to split other atomic nuclei, thus causing the chain reaction. Each time an atom is split, it releases a massive amount of energy and heat, which is used to create steam that moves turbines, thus producing energy!

Now, once the U-235 is used up, there is still a large amount of U-238 in the nuclear fuel, but it is weakly radioactive in comparison to its other isotopes. In the past, this fuel was now seen as “nuclear waste” and had to be dealt with, but U-238 is a very “fertile” isotope, meaning that it welcomes neutrons to its nucleus, at which point it becomes U-239 (92 protons, 147 neutrons). However, thanks to beta decay in radioactive isotopes, that extra neutron will split into a proton and an electron, thus becoming Neptunium-239 (93 protons, 146 neutrons). Within two days, another beta decay will occur, resulting in Pu-239, a plutonium isotope (94 protons and 145 neutrons).

Believe it or not, Pu-239 is another fissile isotope, though not a naturally occurring one. That plutonium-239 behaves in a similar way to U-235, and can be cycled back into the energy generation process of the power plant, rather than being discarded with the other waste, i.e., fission products. 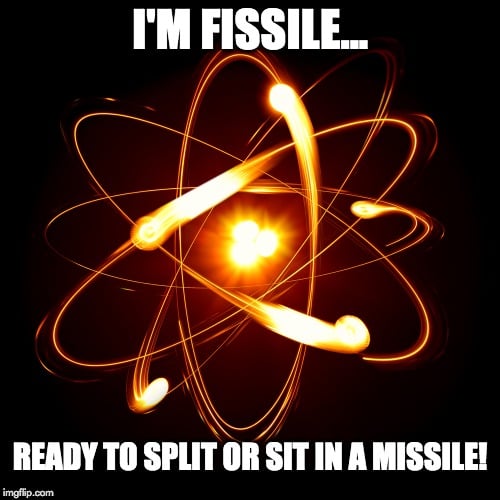 A fuel cycle is the path that nuclear fuel takes as it moves through a nuclear reactor. A once-through fuel cycle consists of the nuclear fuel (uranium) being used once and then all of the spent uranium—including a large amount of U-238, plutonium and fission products—is stored as waste. In a closed fuel cycle, a recycling plant separates the fission products from the usable uranium and plutonium products. The usable fuel in its various forms is re-enriched (in the case of uranium) and put back into the nuclear reactor for further energy generation. Only the fission products are sent to medium-term storage as waste.

Finally, in a breeder fuel cycle, these “fast” reactors have extra neutrons flying around inside, and are able to get the most energy out of the uranium fuel resources. The breeder reactor can generate more fissile products than it can actually use, which can then be sent to a recycling plant, and subsequently used in normal reactors for maximum resource efficiency. The cost and infrastructure of breeder reactors is high, and the expertise and experience in this field is low, but it creates the least amount of nuclear waste, and can legitimately be considered a sustainable form of nuclear energy.

Clearly, there are options for recycling nuclear waste and reducing the need for risky storage techniques, so what is stopping countries from investing fully in this type of sustainable technology?

As with any energy-production pathway, the costs incurred through nuclear recycling are high, and in the past, the amount of energy needed to recycle the fuel was greater than the energy produced. However, the recycling of nuclear waste has become much more efficient, and new techniques are making it more viable all the time. The United States still refuses to recycle its high-level nuclear waste, and has more than 70,000 tons of nuclear waste stored at various nuclear plants around the country.

America’s ban on spent fuel recycling, which was established in 1977, is still in place, and keeps the country from being a true leader in sustainable energy independence. One reason for this is the fear that terrorists or bad-faith actors will attempt to steal recycled nuclear waste, or make their own, for sinister purposes. To date, no spent nuclear fuel has been repurposed or proliferated via nuclear fuel recycling. This in-built safety is due to high levels of oversight and security, as well as the cost and technical rigor required for the process. 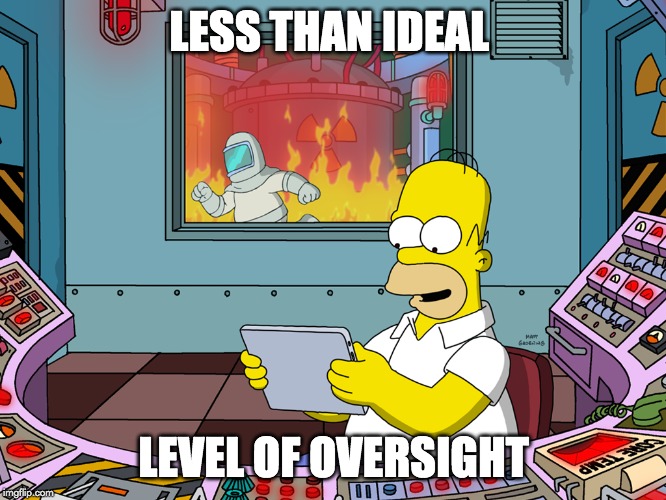 Other countries, such as France, Japan, Belgium, Germany, Switzerland and Russia, have taken a more progressive stance, and regularly recycle their nuclear waste (through the alternative fuel cycles explained above). While the cost and infrastructure setup for nuclear waste recycling is high, mitigating the need for long-term storage repositories and preventing the depletion of uranium resources is worth the trade-off. As the costs of nuclear waste storage continue to rise, recycling spent fuel will become a necessity for the nuclear nations of the world.

Nuclear energy is theoretically one of the most sustainable and low-waste options for energy production. The nuclear waste produced in this process has been a problem in the past, but there are now multiple options for recycling and reuse. Advanced facilities and highly skilled workers are required, but what is most needed is the willingness of nuclear nations to invest fully in recycling infrastructure and reduce the need for long-term, high-level waste depositories that will remain a potential threat for hundreds of thousands of years.