Space debris impacts Earth’s environment and atmosphere by releasing compositional chemicals into the atmosphere when they burn up upon re-entry. These chemicals can deplete ozone, and the debris also poses a threat to future launches and space exploration.

If you’ve ever left your house uncleaned for more than a few weeks, you know how much dirt and debris can gather in the corners, tolerable only for so long. Once the dust bunnies begin organizing their own unions, you inevitably drag out the vacuum and get your house back in order. 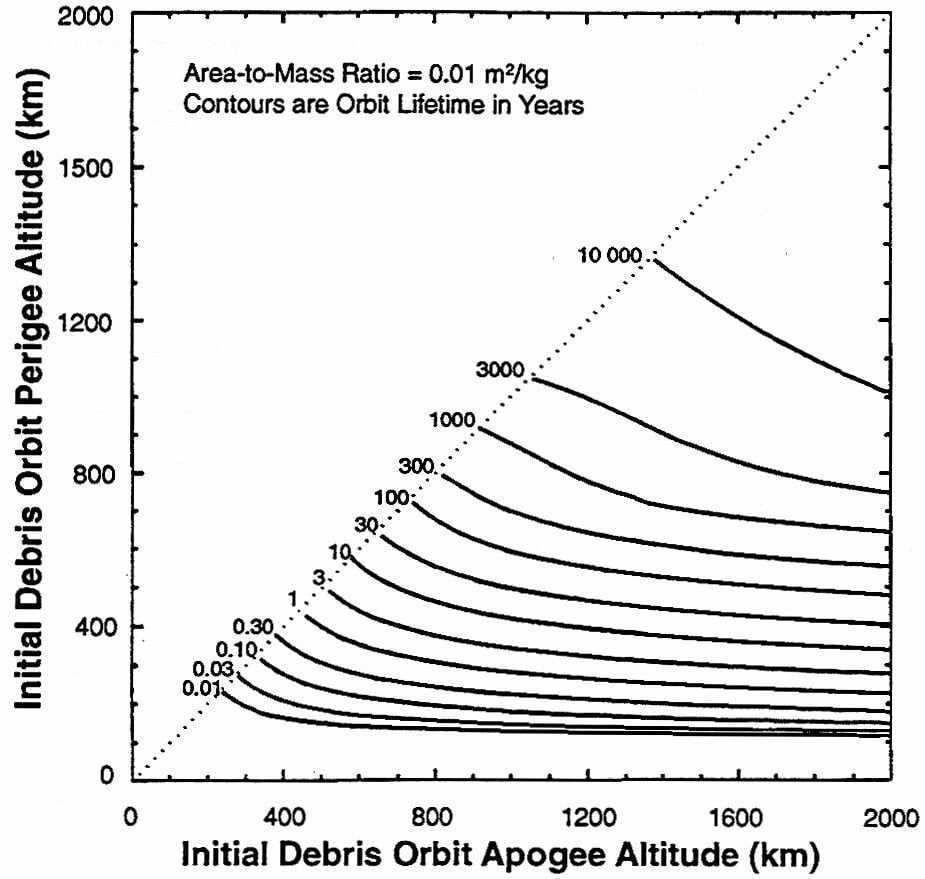 As this issue has come into clearer focus in recent years, it has become a point of concern for environmentalists as much as astrophysicists. The question is hotly debated… what environmental impact does all of this space debris have on our planet?

What Is Space Debris?

Even though humans have only been launching rockets into space since 1961, the area around our planet has become a veritable junkyard for space debris, ranging from pieces as small as a paint fleck to much larger objects orbiting at incredible speeds, posing a potentially dire threat to other satellites.  If you’ve ever seen the movie Gravity, you will understand just how destructive that debris can be if it comes in contact with anything else out there in the vacuum of space.

While our forays into space have only been going for a limited amount of time, we have poured trillions of dollars and millions of man-hours into launching increasingly complex machinery into space. At this moment, there are roughly 2,000 active satellites orbiting Earth, as well as another 3,000 that are defunct, simply floating out in space, waiting to eventually re-enter the atmosphere. Thousands of other satellites have already come back down to Earth the hard way. In fact, “large” pieces of space debris re-enter the atmosphere every few days, but since most of this planet s uninhabited, i.e., the oceans, we don’t often see large re-entries or find their final resting places. 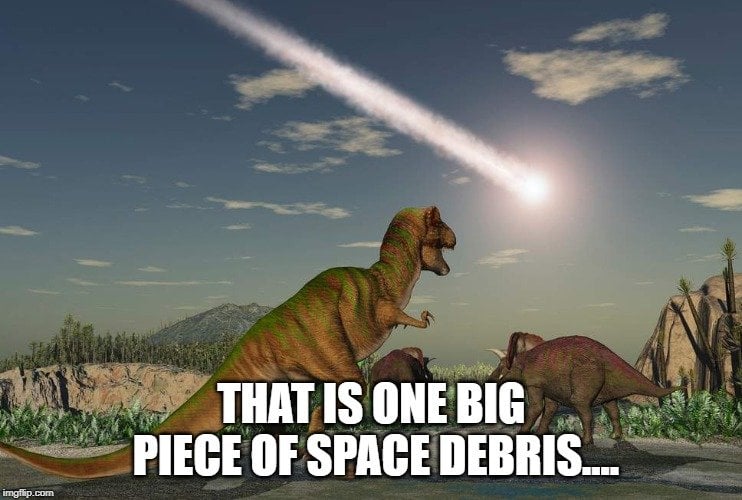 If you’ve ever seen a shooting star, there is a good chance that you were witnessing the re-entry of some small piece of space debris as it streaked back into the atmosphere at nearly 18,000 miles per hour, burning up to nothing. There are more than 750,000 identified pieces of space debris whipping around our planet, and space agencies closely monitor their positions and movements to keep other satellites and launches safe. There are millions more small pieces of debris that aren’t constantly tracked, considering that they move so fast and are so small that they’re basically invisible!

Also Read: Why Don’t Objects In Space Coalesce To Form A Big Chunk?

Now, there are plenty of considerations that researchers and scientists must make in terms of space debris when they’re launching rockets or charting potential orbital patterns, but this article is more concerned about what all of that space junk might be doing to our environment. What happens to those pieces of debris that burn up in the atmosphere, and what about the pieces that make it back through and come plummeting to Earth?

Researchers have estimated that about 80 tons of space debris re-enters Earth’s atmosphere each year, but again, most of that debris will burn up in the atmosphere or fall to Earth without anyone noticing. Unfortunately, just because something burns up doesn’t mean that it disappears. The intense heat caused by friction may break down these pieces of debris and melt them, but the compositional chemicals are still being released into the atmosphere. Some composite metals and polymers actually consume ozone when they push back through the atmosphere and burn up, experiencing chemical reactions that produce nitric oxide, which can deplete ozone.

Fortunately, our planet is quite large, and space is absolutely massive, so even with that many pieces of debris crashing back into Earth’s atmosphere every year, the impact that it currently has on the environment in negligible. The activities of mankind on the planet have a far more negative effect on the ozone and climate change than a few thousand small impacts of small pieces of space junk. 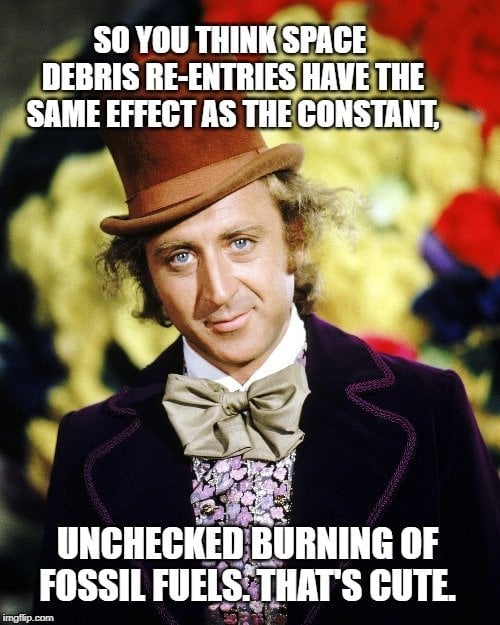 Some people fear that a satellite may fall from the sky and land on their house, but frankly, the odds of anything falling from space and striking a person are astronomical. In the six decades since we began launching things into space, there has only been ONE recorded incident of a person being struck by falling space debris. Basically, you are more likely to be struck by lightning and bit by a shark on the same day you win the lottery than have your life cut short by a falling piece of a rocket booster.

Even though the presence of space debris doesn’t pose an immediate threat to our terrestrial environment, we cannot ignore the impact it is having on the astral environment. In some circles, it is believed that humanity’s fate lies among the stars, but one of the basic prerequisites for that is leaving the planet. As more and more space debris accumulates and swirls around the planet, it will become more difficult to safely launch rockets into space. Charting appropriate trajectories is already a critical part of mission safety, but the problem may become exponentially more difficult in the coming years.

There are a number of large telecommunication companies who are seeking to deploy mega-constellations of communications satellites into space in the coming decades, in an effort to increase/improve coverage and provide internet and digital service to remote areas of the world. While this is a noble goal, in some ways, adding thousands more small satellites into Low Earth Orbit will significantly increase the risk of collisions, and in the next half-century, it could even lead to a theorized catastrophe called the Kessler Syndrome. In this situation, a single collision will lead to a huge amount of additional pieces of debris, which will then strike more satellites, resulting in a devastating chain reaction. While this is believed to be impossible for a number of decades, these new proposals for mega-constellations of satellites are worrying to some theorists. 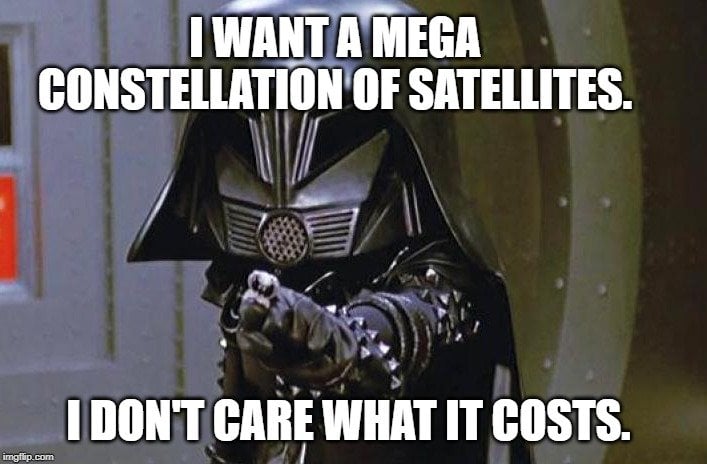 Additionally, climate change may not be experiencing a major impact from space debris, but the atmosphere around our planet is “tightening” in a sense, as a result of climate change. This means that the upper layers of the atmosphere are thinning out, which reduces the amount of friction between objects—the force that slows space debris and drags it out of orbit. In short, this means that there is less debris falling, by percentage, leaving more of it to fling dangerously around in space for even longer amounts of time—decades and even centuries.

As is true for so many of humanity’s current problems, space debris presently feels like an annoyance, something that scientists seem concerned about, but it’s definitely not a crisis. Even so, as we extrapolate forward in time, and imagine how many more countries will want to join the space-going community, think of how many more satellites, exploratory missions, refueling rockets and future spaceships will need to be launched. If we don’t find a way to clean up that space junk—although we do have ideas, which you can read about in THIS ARTICLE—this problem will only be more serious in the decades and generations to come!