A Tesla Coil is a radio frequency oscillator that drives a double-tuned resonant transformer to produce high voltages with low currents.

The term Tesla coil inherently contains an element of genius within it. This technological wonder prides itself in being named after one of the most prolific and mysterious scientists in history—Nikola Tesla. Nikola Tesla is credited as the pioneer who championed the use of Alternating Current (A.C.) and has a log list of other inventions under his belt that have truly transformed the world. However, there was one idea that Tesla was simply obsessed with—the free delivery and transmission of wireless energy. Sounds crazy, right? Even so, that’s what Tesla set out to do with his Tesla Coil. 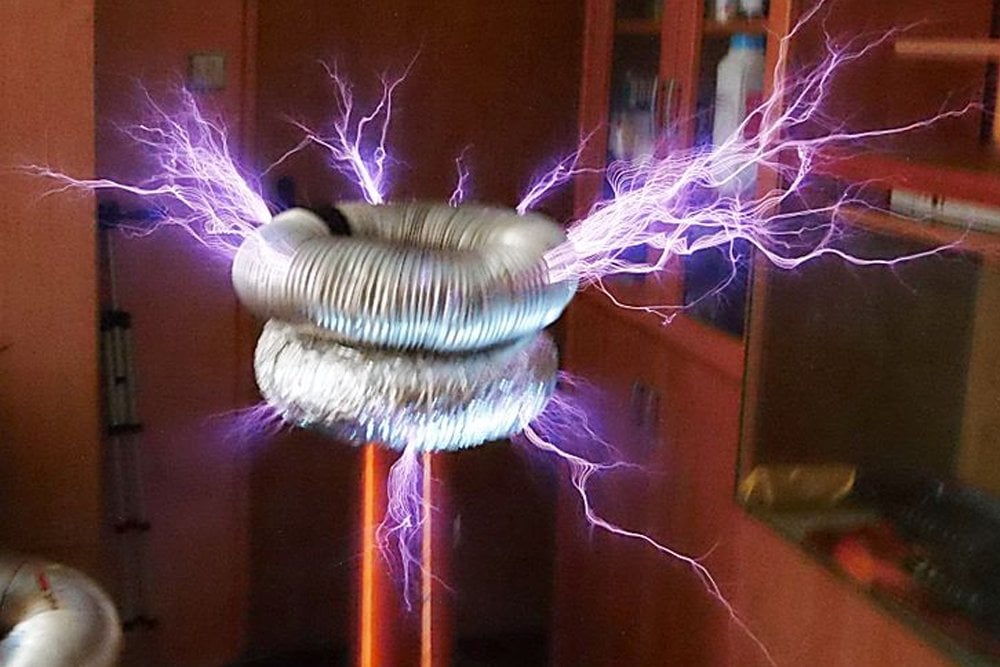 Operation of the Tesla Coil 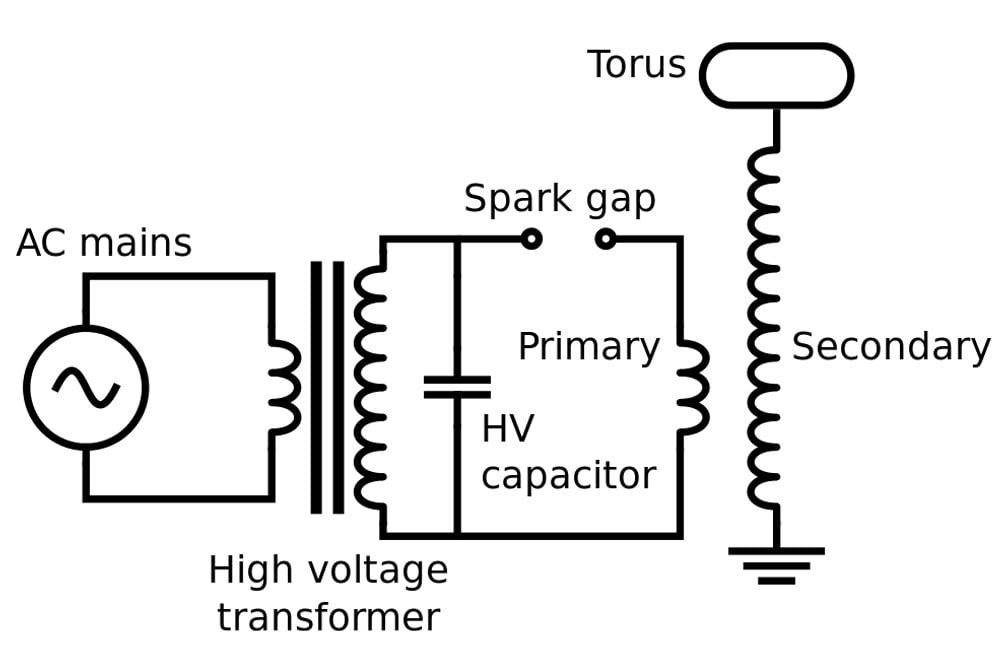 Whether you compare the first patented model or the more modern ones, there is one commonality that you will find in all of them—the spark gap. The functionality of the spark gap is to excite the oscillated electrical signal from the resonant circuit. The unique design of the coil ensures that there are low resistive energy losses at high voltages, which the Tesla Coil produces.

Now that we understand the different components of such a coil, we can delve into the operation of the Tesla Coil in its entirety. First, the resonant transformer steps up the voltage to a very high level, to the point where high voltage begins jumping across the spark gap. The typical voltages are between 5 and 30 kilovolts. The capacitor in the circuit forms a tuned circuit with the primary winding L1 of the apparatus. The spark gap plays the role of the switch in the primary circuit. The Tesla Coil (L1, L2) together with the spark gap, generates a high output of voltage when coupled together.

Mathematical Nuances of the Tesla Coil

There are three important mathematical nuances or foundations upon which the operation of the Tesla Coil is built. The two main features are the oscillating frequency and the output voltage. First, let’s take a look at the oscillating frequency. To produce the largest amount of voltage possible from a Tesla Coil, it must be ensured that the primary and secondary circuits of the resonance transformer are tuned to resonate with each other. The resonant frequencies of the primary and secondary circuits are defined by f1 and f2. Usually, the secondary circuit frequency (f2) cannot be adjusted. However, the primary can be adjusted with the help of a tap. The conditions for resonance are given below:

Unlike conventional transformers, the output voltage of the resonance transformer is not directly proportional to the number-of-turns ratio, as in the case of an ordinary transformer. It can be calculated through the conservation of energy. When the cycle begins, and the spark starts all of the energy from the primary circuit, W1 is stored in the capacitor C1. If V1 is the voltage at which the spark gap breaks down, which is usually close to the peak output voltage of the supply transformer T, this energy is: