Lenz’s law is a law of physics that states that the direction of the induced current is such that the magnetic field this current generates opposes the change in the magnetic flux to which it owes its existence. The law is named after German physicist Heinrich Lenz.

In 1839, Michael Faraday demonstrated that a wire coiled on one side of a metal ring, when powered by a battery, induces a current in a wire coiled on the opposite side of the ring. This wireless – as if by magic – transfer of power was evident from the sudden spike in the reading of a galvanometer — a device used to measure current — that was connected to the second coil. 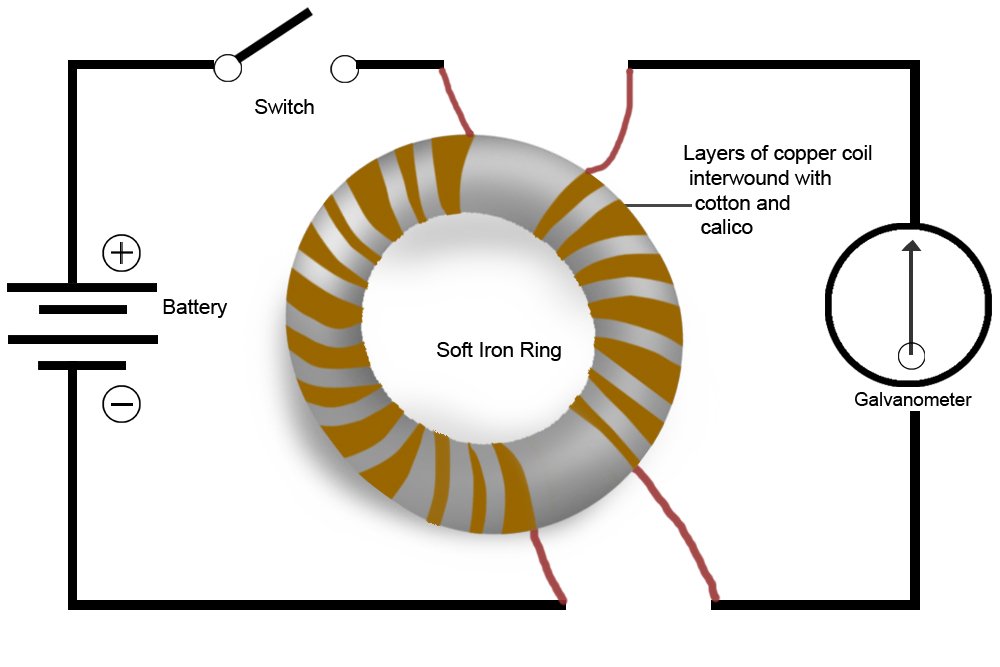 Faraday’s law of induction is mathematically described as: 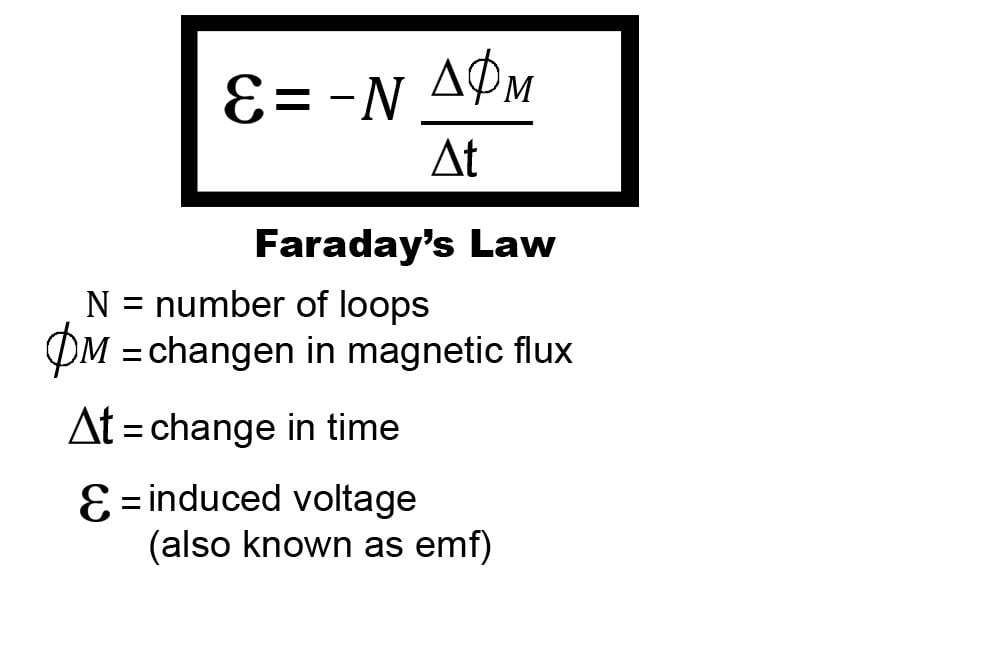 According to the formula, a voltage ‘ε’ is induced in a coil due to the rate of change of magnetic flux (Δφ/Δt) – the rate of change of magnetic field ‘B’ pervading an area ‘A’. The voltage is also a function of the turns or loops of coil ‘N’, for the simple reason that multiple turns cause the magnetic field to intersect the circuit multiple times. However, what does the negative sign signify?

The negative sign symbolizes Lenz’s Law, formulated by physicist Heinrich Lenz, according to which the direction of the induced current is such that the magnetic field this current generates opposes the change in the magnetic flux to which it owes its existence. Or, as D.J. Griffiths succinctly summarized it: Nature abhors a change in flux. However, why is this so?

Why Lenz’s Law Is True

The implications of nature not abhorring or approving a change in flux are profound. If this were the case, we could have built perpetual motion machines, machines that can do work perpetually or indefinitely without a source of energy. In other words, infinite, unconditional energy… forever.

An example of a perpetual motion machine.

Of course, perpetual motion machines cannot be built because producing energy is a conditional affair. Their conduct contradicts a fundamental law of the universe — the law of conservation of energy. Energy, as physics textbooks have perennially stated, cannot be created nor destroyed. It can only transition from one form to another, which is to say, a system cannot create energy, but only extract some from a source, another system, which extracts its energy from another source and so on.

The source of electric energy induced in the coil is a changing magnetic field, which is generated by a moving magnet, which is being moved by you or a machine, which extracts the energy to move the magnet from food or fuel and so on. Once the source is exhausted, once no more varying magnetic field can be produced, generating energy in the system or inducing a current in the coil is a physical impossibility.

However, if the magnetic field generated by the induced current didn’t oppose the change in flux, but rather encouraged it to further change by contributing its magnetic energy, the current would further increase, without requiring the coil to extract more energy from an external source. A free lunch! 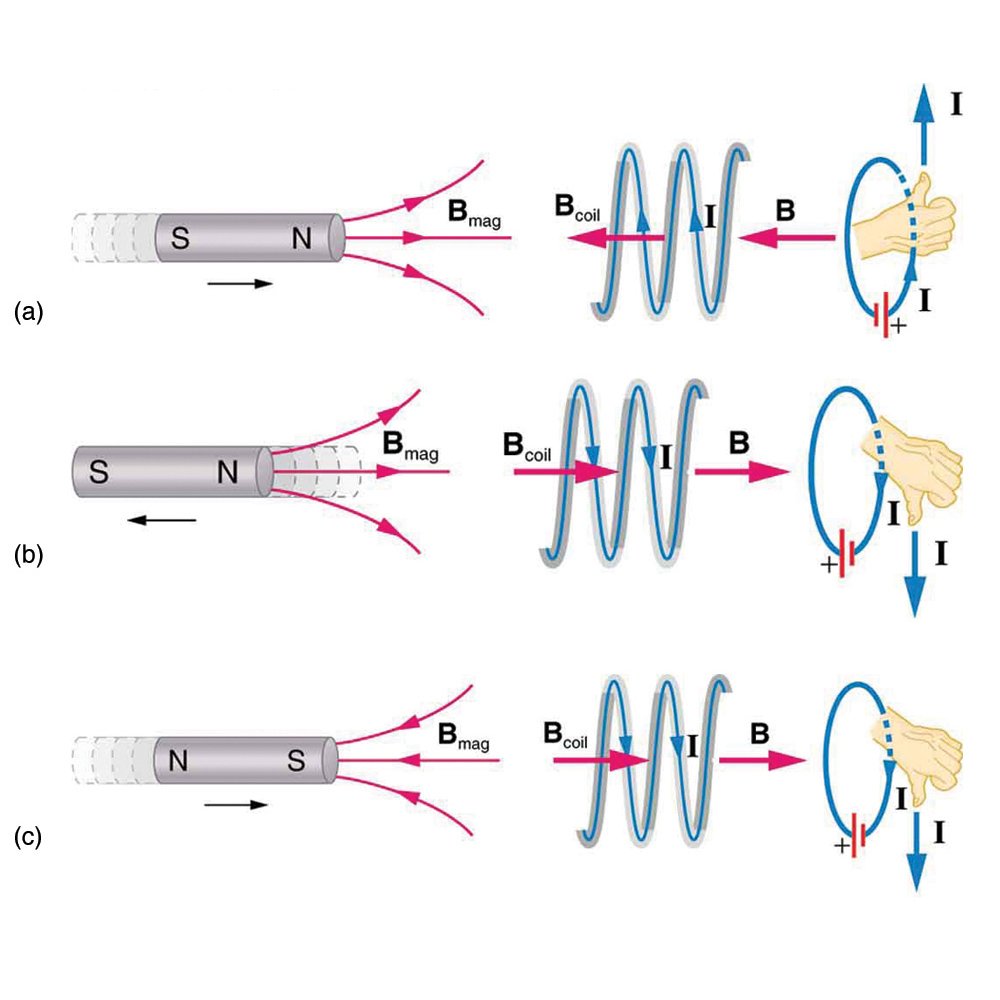 In fact, the current would compound: this incremented current generates its share of magnetic energy that also contributes to the varying magnetic field, thereby inducing an even greater current, which generates a greater magnetic field, and so on until an infinite current is generated. One could then power every device in the universe with a single generator by casually shaking the tiniest of magnets in its vicinity.

This is tantamount to saying that a ball merely nudged forward, rather than gradually coming to a halt, would increasingly accelerate and eventually achieve infinite velocity because the friction it experienced wouldn’t oppose its motion, but instead fuel it! The negative sign simply signals that the transfer of energy obeys the law of conservation of energy. If a system can produce more energy with the very energy it is producing, why shouldn’t this work: 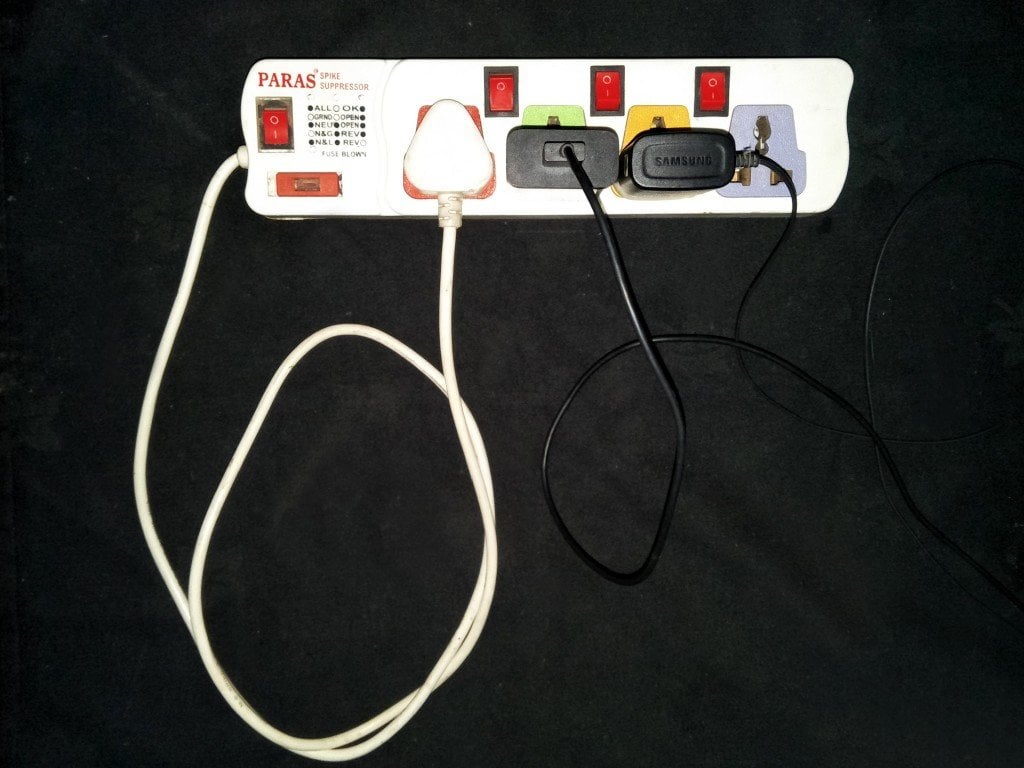 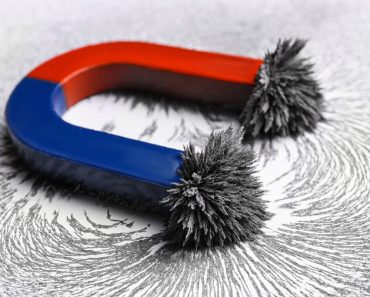 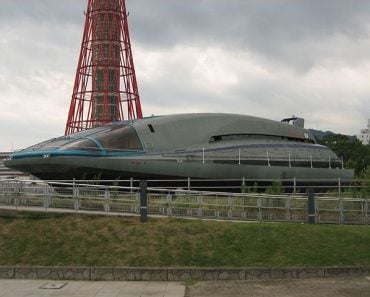