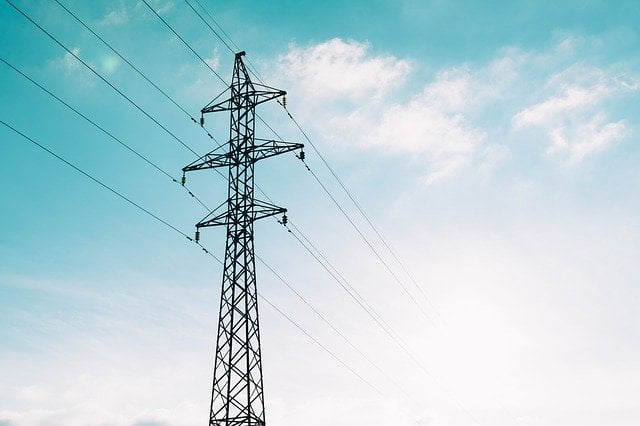 In the earliest days of electric power transmission, it only dealt with the transmission of current of a constant voltage, also known as Direct Current (DC). It was challenging to transmit DC, as the voltage had to be stepped up before it was transmitted. Due to the high specifications needed to transmit DC power, this proved to be highly ineffective and not economically feasible. It was also mandatory for the generation stations to be near load distribution areas, which would have resulted in a large number of generator stations being created.

Fortunately, this problem was soon put to rest with the advent of Alternating Current (AC). This type of transmission began when Lucien Gaulard and John Dixon Gibbs created the first secondary generator (the first transformer) in the year 1881. The first long-distance AC line was 34 km in length, and was built for the 1884 International Exhibition in Turin, Italy. It was powered by Siemens & Halske alternators, which were delivering a power supply of 2kV. There were also several other Gaulard secondary generators whose primary windings were connected to incandescent lamps on the streets, which proved to be highly effective in lighting up the streets. This system was a solid foundation upon which AC transmission could prove itself in terms of long-distance power transmission.

Today’s transmission level voltage for overhead cables ranges from 110kV and above. Voltages at 66kV and 33kV are considered to be sub-transmission lines and are used for long-line transmission when the loads are light. Voltages below 33kV fall within the periphery of the distribution section. However, there are some problems that accompany the usage and erection of these overhead transmission lines. Adverse weather conditions, such as high wind and low temperatures, can lead to serious power outages. Wind speeds as low as 43km/h can cross neighboring wires and encroach on each other, which might result in flashovers and a loss of power.

Another way to overcome the shortcomings of overhead transmission lines is by using underground transmission lines. The best aspects of underground cables are that they can take up less line length than overhead lines. They are also not affected by the weather and have low to zero visibility. The major cost they incur appears at the front, i.e., excavation costs and insulation costs. Not only that, but the maintenance and repair of these lines are far greater, as it is hard to locate and reach the specific point that requires attention. In metropolitan areas where this method of transmission is employed, they’re covered by a thick metal pipe and insulated with a dielectric medium. This proves to be an ingenious method on a number of fronts. If a fault were to occur that would damage the outer metal piping, it would cause the dielectric medium to leak out into the soil, thereby preventing further damage. Liquid nitrogen trucks are frequently employed to freeze portions of the pipe to enable the draining and repair of the damaged pipe section. The temperature of the pipe and soil are usually monitored constantly throughout the repair period. Underground lines are strictly limited by their thermal capacity, which permits less overload or re-rating than overhead lines. Long underground AC cables have significant capacitance, which may reduce their ability to provide useful power to loads beyond 80 kilometers.

This clearly shows that various kinds of transmission have their respective pros and cons. The bottom line is that the transmission of electricity from the power station to the power socket in your home is no small feat!