Have you ever seen the long power lines on a road trip stretching through the countryside. These lines supply power to our homes and are usually rated at voltages of 400,000 to 750,000 volts. The question is, how are such high voltages useful for our everyday appliances, which typically run on 110 and 240 volts! If you tried powering up your laptop or cellphone directly from one of the power lines, the device would immediately burn out, so where and how does this high voltage get converted into a lower voltage? That’s where the transformer comes in and plays its pivotal role. Now, let’s first try to understand a bit more about high-voltage power systems before we move to understanding the transformer.

One logical question that might crop up is why the power lines don’t just transmit at 125-240 volts? To explain that, we must first understand how electricity behaves when it travels over a certain distance. As electricity flows down a metal wire, the electrons carry a certain amount of energy along with them. When it passes through the wire, the electrons lose some amount of the energy they are carrying due to the experience of resistance by the electron. That’s why wires get so hot when electricity flows through them. It turns out that the higher the voltage of electricity you use, and the lower the current, the less energy is wasted. Thus, the electricity that comes from power plants is sent down the wires at extremely high voltages to save energy. 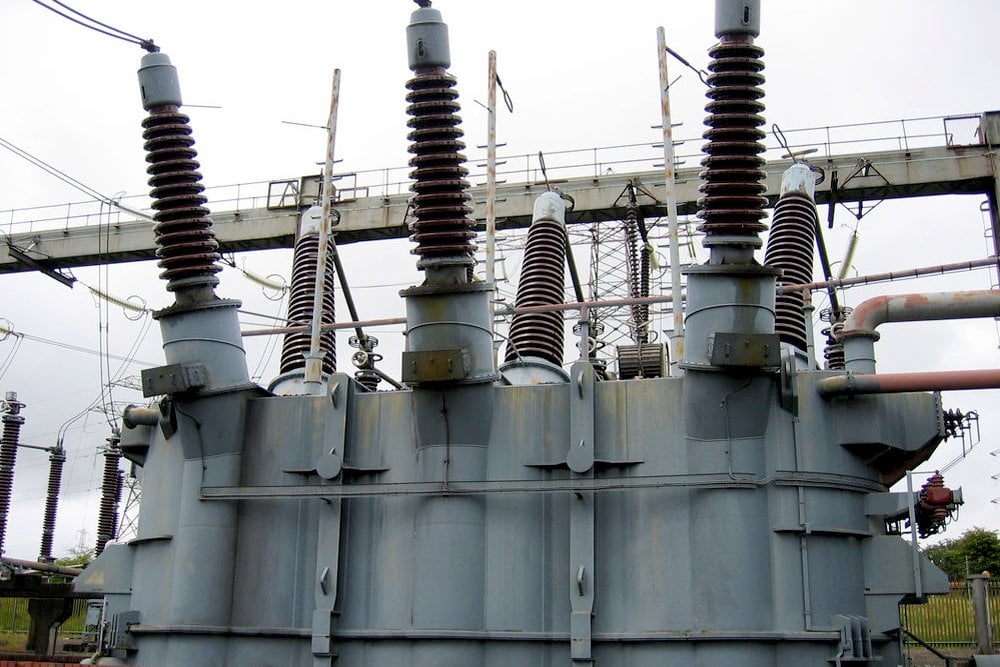 Transformers produce a slightly different kind of buzzing sound depending on whether they operate on 50 or 60 Hz frequency. (Photo Credit : Flicker)

However, there’s another reason as well. Industrial equipment has machinery of a large size that consumes power in massive quantities. The energy that an appliance uses is directly proportional to the voltage it uses. These power-hungry machines might use 10,000–30,000 volts. Small-scale industries may need supplies of only 400 volts or so. To put this in simple terms, different strata of society have different power consumption needs. It makes sense to ship high-voltage electricity from the power station and then transform it into lower voltages when it reaches its various destinations.

Step Up and Step Down Transformers

If the second coil has half as many turns as the first coil, the secondary voltage will be half the magnitude of the primary voltage; if the second coil has one-tenth as many turns, it has one-tenth the voltage. In general, a step-down transformer has 1000 coils in the primary and 100 coils in the secondary. This will reduce the voltage by a factor of 10, but multiply the current by a factor of 10 at the same time. The power in an electric current is equal to the product of the voltage and the current. In a transformer, you can see that the power in the secondary coil is theoretically the same as the power in the primary coil, but in all practical, real-world settings, there is some loss of power between the primary and the secondary— some of the magnetic flux leaks out of the core, some energy is lost because the core heats up, and so on.