It wouldn’t be an exaggeration to say that units of measurements, in a way, define our lives. Feet, meter, seconds, hours, pounds, kilograms… I mean, just think about it; how frequently do you hear or use those terms yourself on a daily basis? It’s pointless to even try to list all the units of measurement that we use in our daily lives. I would say that if you are a human, and currently not living under a rock, then there isn’t a single day in your life that goes by without relying on such units in some way. 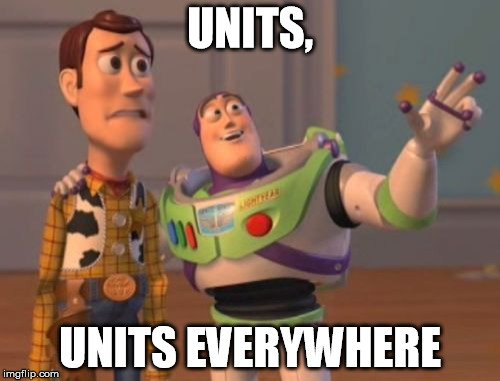 You may be quite familiar with the ‘common’ units of measurement, such as pound, foot, meter, month, year etc. However, if you’re an American, you might not use metric units of measurement as much as others around the world do, but that’s a different story altogether. Either way, I doubt that you have heard of many of the other, rather weird units of measurements, some of which I will list here. Note that some of these units are not actually used for practical purposes in real life; they’re popular just for being so goofy!

Some weird and obscure units of measurement

Let’s take a quick look at each one of them individually:

Sounds really weird, right? The Beard Second is a unit of length used to express extremely small distances, such as those within integrated circuits. A Beard Second is equivalent to the length that an average beard grows in one second. 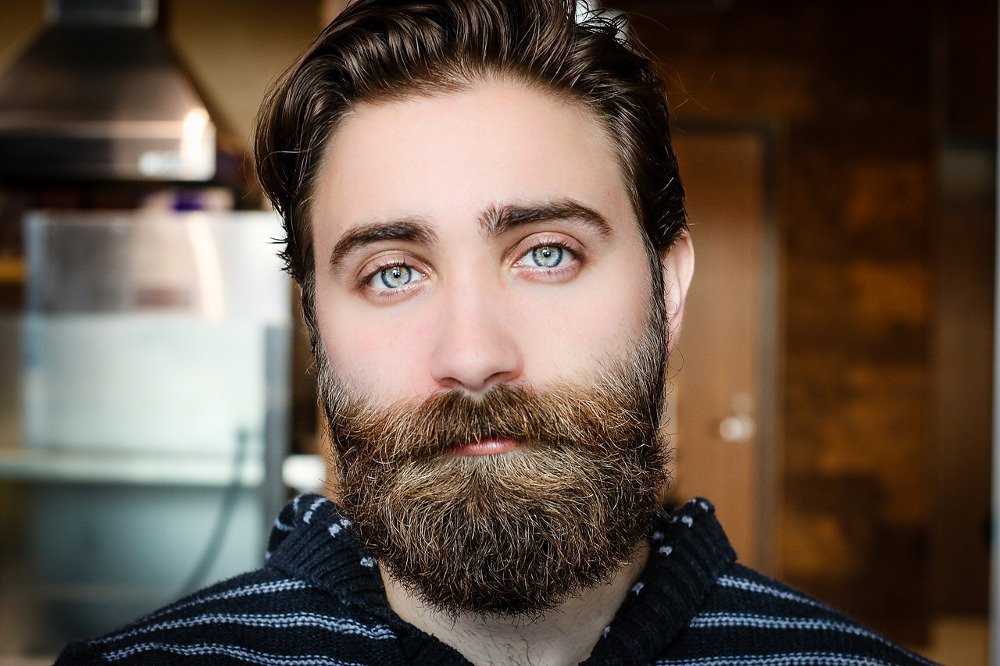 Who would have thought that the human beard could be used to measure distances?

Pirate Ninja is a unit to measure power. It is defined as 1 kilowatt hour per sol, i.e., a Martian day. More specifically, 1 Pirate Ninja is equal to 40.6 Watts. Andy Weir, the author of The Martian, used the unit in his book a number of times. Also, the Curiosity rover team at the Jet Propulsion Lab uses the term “Pirate Ninjas” during their discussions and meetings.

This unit generally refers to a very short period of time. Colloquially, some also prefer to use the “New York second”, which signifies the shortest time period in the multiverse. It’s typically defined as the period of time between the traffic signal turning green and the cab behind you honking. 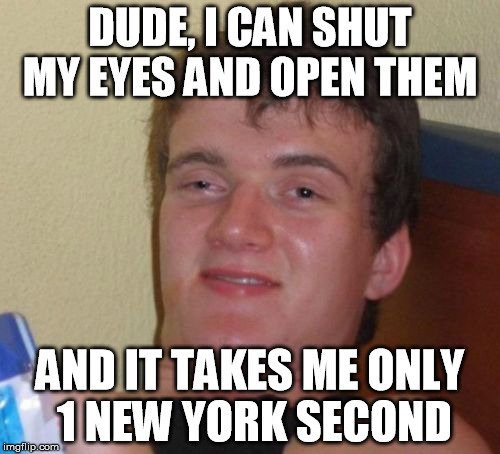 This is, of course, not a standard unit of measurement.

You have surely heard of horsepower, right? It’s a unit commonly used to measure the power of automobile engines. There’s actually a very interesting story as to how it was coined by an eminent scientist. So, if they can have a unit of measurement named after a horse, then what’s wrong with one being named after a donkey. 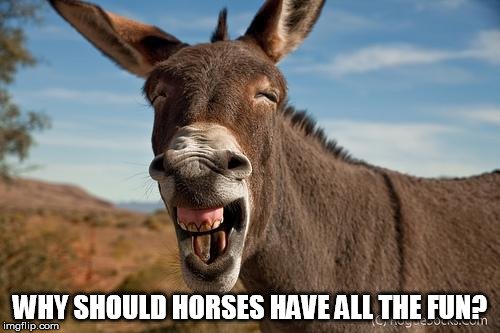 Donkey power is a unit to measure the power of low-intensity machinery. More specifically, it’s equal to one-third of 1 horsepower, i.e. around 250 Watts.

Shake is a unit of time, most commonly used in nuclear physics. Specifically, it is equal to 10 nanoseconds, but it gets its weird name from the expression “two shakes of a lamb’s tail”, which also denotes a very short time interval.

Although it’s an informal unit of time, it is frequently used to conveniently express the timing of various events and markers associated with a nuclear reaction. It is also used in signal progression in IC chips.

Poronkusema is a unit to measure distance. It’s actually a Finnish word that signifies the distance a reindeer can walk without stopping to pee. 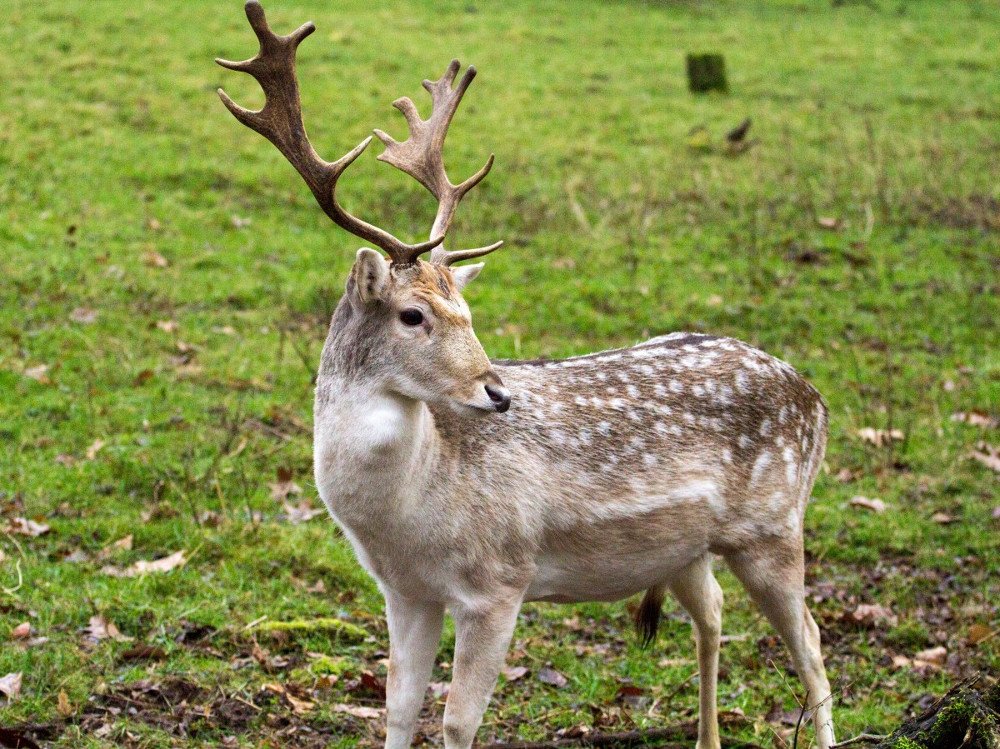 A unit of measurement based on the peeing tendency of this guy. Just think about that for a moment. (Photo Credit : Pxhere.com)

Quite interestingly, reindeers cannot walk and pee at the same time, so they have to take a bathroom break every 6 miles or so. That distance is referred to as Poronkusema.

A milli-Helen is a humorous unit to measure the beauty of an individual. Specifically, it is equal to the amount of beauty required to launch a ship.

The unit’s origin lies with Helen of Troy, a female character in Greek mythology. The daughter of Zeus and Leda, she was considered to be the most beautiful woman in the entire world.

Helen is said to have “the face that launched a thousand ships”. Hence, a milli-Helen comes out to be the beauty required to launch a single ship.

Warhol is a unit that tries to quantify fame. It was first coined by eminent American artist Andy Warhol, who famously used the expression “15 minutes of fame”, and remarked that everyone enjoys at least 15 minutes of fame in their lives.

Barleycorn is a British unit that refers to very small lengths. Numerically, it’s equal to 0.8467 centimeters (one-third of an inch). This unit, unlike so many other units on this list, is actually used in Ireland and Great Britain to measure shoe sizes.

A Farsee is the distance to the furthest point you can see in a particular direction. For example, when someone tells you to go 4 Farsees West, you would go to the furthest thing you could see in the western direction four times.

As interesting and intuitive as it sounds, when you really think about it, using this unit is actually very impractical. For starters, the length of 1 Farsee is greatly affected by fog and other weather conditions (which limit your visibility). More importantly, how will you know when you’ve actually arrived at the exact end point of your first Farsee to figure out the next three? 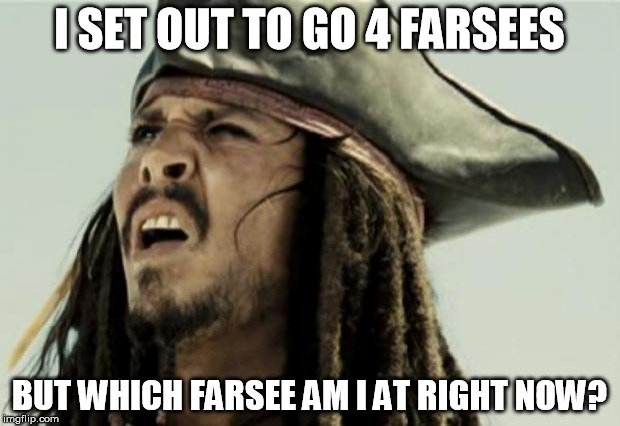 The most critical quality of a unit of measurement is that it’s precise and cannot vary. The Farsee, and a few other units on this list, fail that basic test. No wonder they’re not used by normal people in everyday conversation!