The brain doesn’t have a single clock that measures time, which is why 5 minutes of staring at the wall can feel so much longer than 5 minutes of scrolling through social media. Physics used to agree that time was linear, until Einstein’s theories and quantum mechanics challenged this notion. Now, the question remains… is time a social construct?

Einstein, the greatest physicist in history, said that time is not absolute and in fact depends on the observer. Some scientists and philosophers share the view that time does not even exist, arguing that it is just an illusion.

If time isn’t real, there would be no beginning or end of anything in the universe. Wouldn’t everything happen at once, right now? Can this article be read before being written?

Does time exist in some way or is it just a concept we created? I think it’s time to find out!

How Do We Sense Time?

Research shows that the human brain does not have a single clock dedicated to measuring time that passes. So, where does our sense of time come from?

Our experience of time depends on many factors, including memories, emotions and our level of attention. Time seems to ‘fly’ when we’re doing something enjoyable, but time crawls slowly when you’re stuck in a boring situation. One study has revealed that time passes faster as we age.

If you try to find a single region that deals with time in the brain, you might not be very successful. Time perception has been linked to different parts of our brain, including the frontal cortex, basal ganglia, parietal cortex, cerebellum, and hippocampus.

We also perceive time based on how our body feels. Do you feel hungry or sleepy or energetic at certain times of the day? This happens because we humans, like most living things in nature, have our body’s own circadian rhythm, a 24-hour biological sleep-wake cycle. It helps us understand the time of day and also controls the body’s regular essential functions. 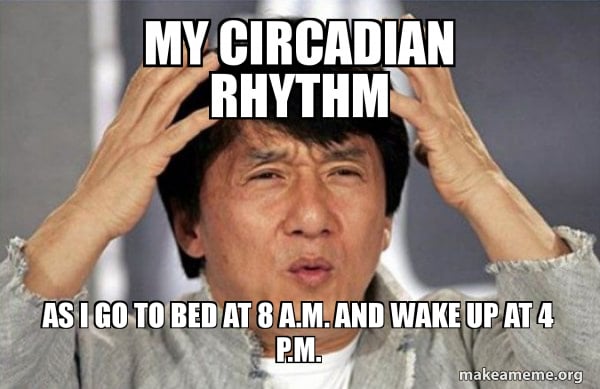 Not following a consistent sleep routine can mess up your circadian rhythm.

Studies have found that animals like dogs, birds, rats and even goldfish (contrary to the popular belief that goldfish have a 3-second memory!) are able to sense time, despite lacking any understanding of the ‘concept’ of time.

This makes it obvious that our perception of time does not obey the clock or the calendar and can vary—sometimes wildly. 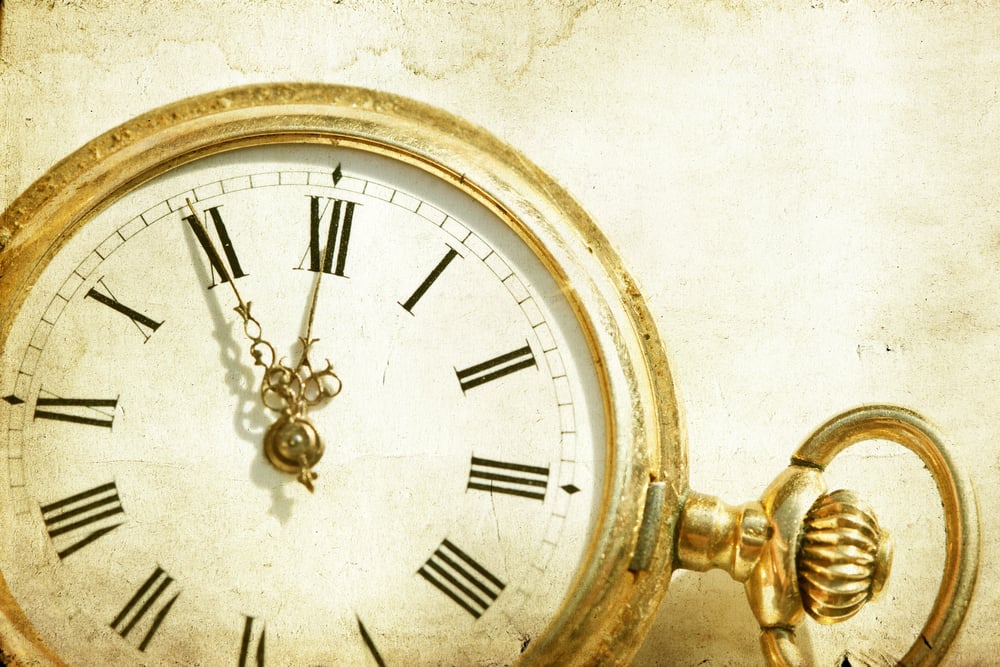 Time is precious. Of course, when clocks and watches were first made, only kings could afford them (Photo Credit : Melinda Nagy/Shutterstock)

What Is Time Anyway (Based On Our Perception)?

It all boils down to our general understanding that time is something that passes by, marked by changes in our surroundings (e.g., the sun rises, seasons change) and the processes within our bodies (e.g., our heart beat, the biological process of aging).

Events progress in a forward direction from the past to the present and then into the future. This perception also corresponds to Stephen Hawking’s theories of the psychological arrow of time and the thermodynamic arrow of time. The way we experience things is always moving in a one-way direction; you can break an egg, but you cannot unbreak it. 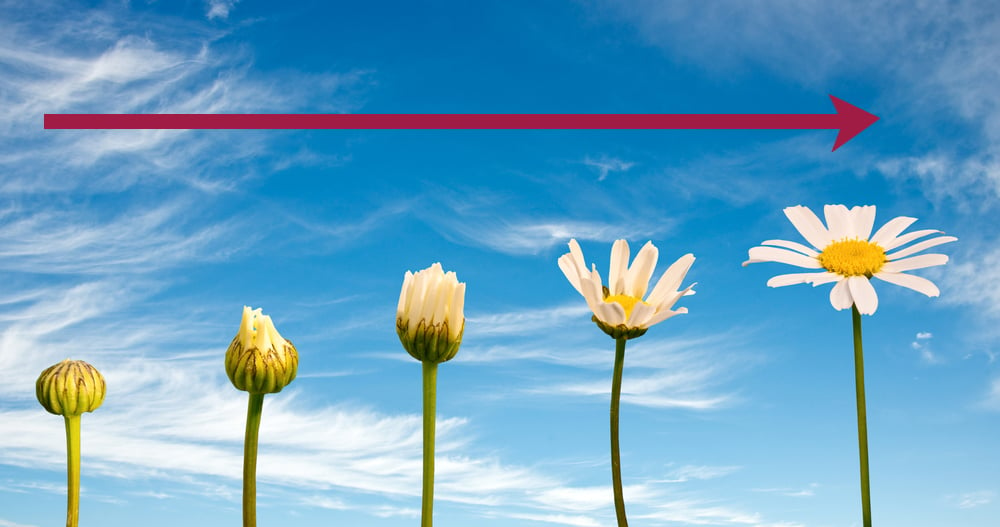 Stephen Hawking’s theories of the psychological arrow of time and the thermodynamic arrow of time. The way we experience things is always moving in a one-way direction. (Photo Credit : Delpixel/Shutterstock)

So, does our awareness of time mean that time exists?

Not likely. The big picture is much larger and goes far beyond our limited subjective experiences.

Do The Past And Future Exist?

What we see as time is basically the elements of existence going in a straight line (linear)—one thing happening after another. For centuries, this ‘flow’ of time from past to future was thought to be constant throughout the universe, as if the universe functions like a single mechanical clock (e.g., the idea of a clockwork universe).

However, in 1905, Einstein released his theory of general relativity, which showed us that time is neither absolute nor linear, and the universe is not governed by a “master clock”. He bucked the trends previously set by Newton, Galileo, Copernicus and other great scientists with regards to time.

Also Read: Can You Age Faster If You Live Higher?

The theory of relativity says that the past and present cannot be ‘absolute’, as time depends on your frame of reference (i.e., how fast you’re moving). This results in the experience of time dilation. The closer you move to the speed of light, the longer (more dilated) your time will be.

This has been confirmed through the Hafele–Keating experiment, by flying ultra-precise atomic clocks on jumbo jets. Even radioactive atoms, while moving, experience ‘less’ time passing than those that are stationary.

The Real Fabric Of Reality

Einstein suggested that time is stitched together with space into a single spacetime fabric. Everything in the universe is embedded in the spacetime fabric. The fabric is smooth, continuous and can curve around matter (or energy). The sun, with its massive energy levels, creates a dent in spacetime, causing surrounding planets (including the earth) to travel around it. This is what causes gravity. 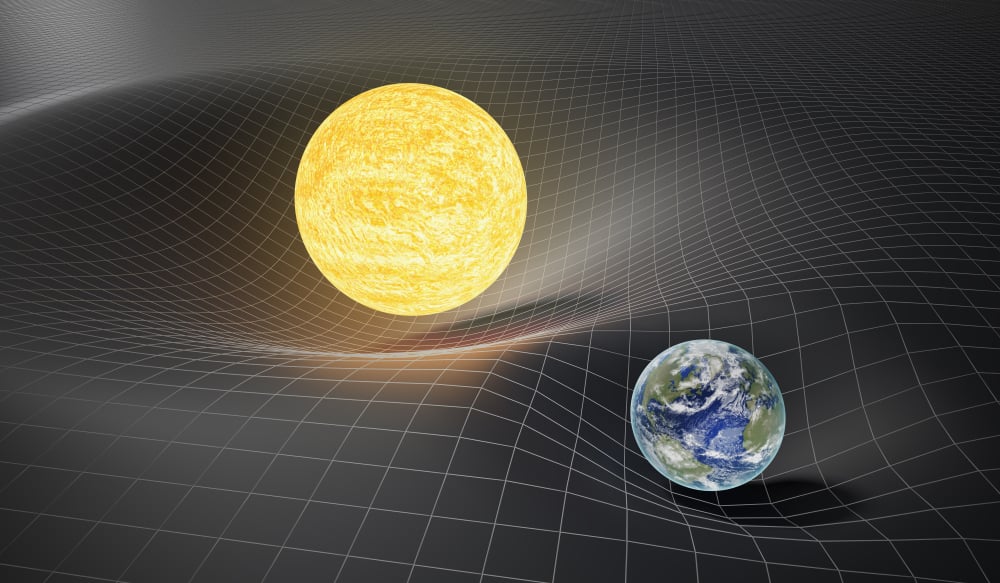 We all are woven into the spacetime fabric (Photo Credit : vchal/Shutterstock)

While shifting from a biological to a cosmic level, time appears to be different from what our senses tell us.

Are you reading this line right now? In spacetime, distinctions between the past, present and future are illusions. There is no fixed moment called the “present” or something that is happening now. My now can be different from your now, because relativity says that there is no absolute now.

Sounds puzzling? There’s a funny anecdote that only three people in the world truly understand the theory of general relativity!

A ‘Time’ Of Conflicts In Modern Physics

Since quantum mechanics was born, following huge breakthroughs in physics, we are beginning to understand how the world works at the level of electrons and other tiny particles.

One of the most unifying attempts of modern physics is to come up with a more general theory (i.e., quantum gravity) by merging Einstein’s general theory of relativity with quantum mechanics.

Here is where a crisis arises. Time is dynamic in relativity and time is absolute in quantum mechanics (except for some new theories). Two fundamental theories of physics imply that time exists, but they’re bound to clash.

By the end of the 20th century, scientists came up with new approaches to quantum gravity. Among them, loop quantum gravity turned out to be the most reliable alternative to the previously ‘untestable’ string theory.

And guess what…time does not exist in the loop quantum gravity or in many other recent theories, so we may still need to figure out how the universe really works. 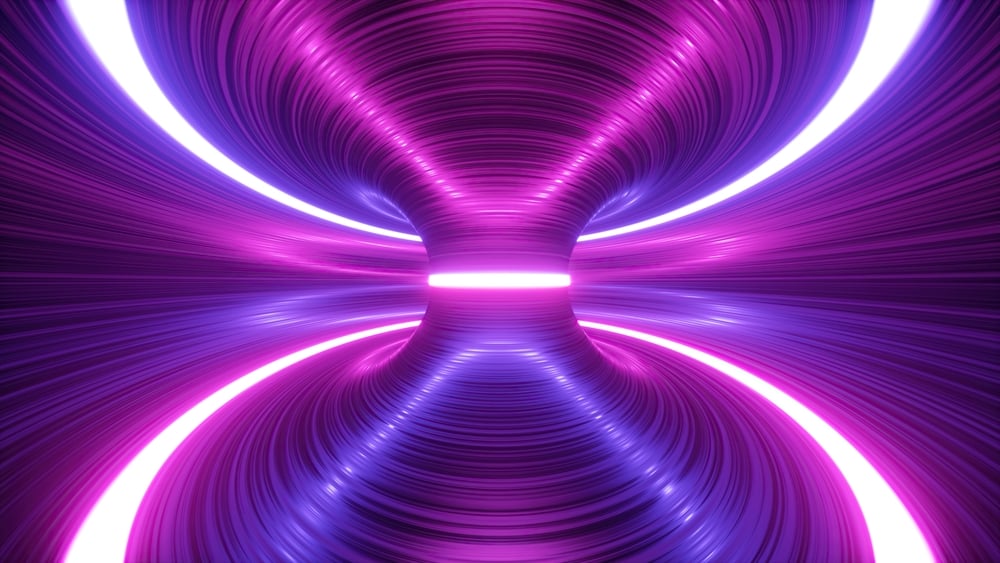 An artist’s representation of the cosmos resembling a scenario of loop quantum gravity. In the battle of theories, time is not winning (Photo Credit : NeoLeo/Shutterstock)

Scientists are increasingly rejecting the long-held notion that time is one of the fundamental aspects of the universe. Many physicists, such as Carlo Rovelli, say that time is an illusion, and our perception of the “flow of time” doesn’t make it a reality.

If these theories are proven true, hopefully the clocks on our walls don’t melt away like in Salvador Dali’s famous painting!

Why Did We Create The Concept Of Time In The First Place?

Time remains a mystery in science, but at least we experience time in certain ways. The true physical reality out there may be timeless, but in here, we cannot do away with time. Time is a social construct that we have collectively created to better manage and navigate our lives. We have been using time to measure the duration of events (with seconds, minutes, hours, days, weeks, years etc.) to make sense of the world in which we live.

Without time, modern science may turn out to be just fine, but our modern life would be chaos. Therefore, we will continue sticking to our clocks and calendars to keep track of countless things (and to keep ourselves from going insane!).

Notwithstanding the latest research, science still relies on time and its mathematical formulas. For example, where would the second law of thermodynamics (that makes big power plants and heat engines tick) be if we denied the existence of time altogether?

Moreover, we socially constructed the idea of time long before we came up with the laws of physics, so time is here to stay. No matter how well you understand the time-space continuum, you still have to check your clock when you have a meal to cook, a class to attend, or a plane to catch.

In other words, if time is an illusion, it’s a necessary one.