Even if your face won’t wrinkle more than your fellow beings living “down below”, you’d still be living more than the rest of us!

As you struggle to get out of bed each morning, look for that one pair of pants that fit just right, and fix yourself a cuppa Joe, you’ve probably wished that time would stop moving so fast and take it easy. Well, it turns out, it actually could. Not in the way you’d wished for, but it’s easier to pull out that self-help book holding up the coffee table leg than wait around for the universe to fit your time schedule.

Is Time Not Constant?

While we’ve always believed that time moves at a constant rate, like the hands on the dial of a watch, physics and subjective experience show us how this simply isn’t so. The concept of ‘absolute time’ is an illusion (time to call up your old physics teachers). 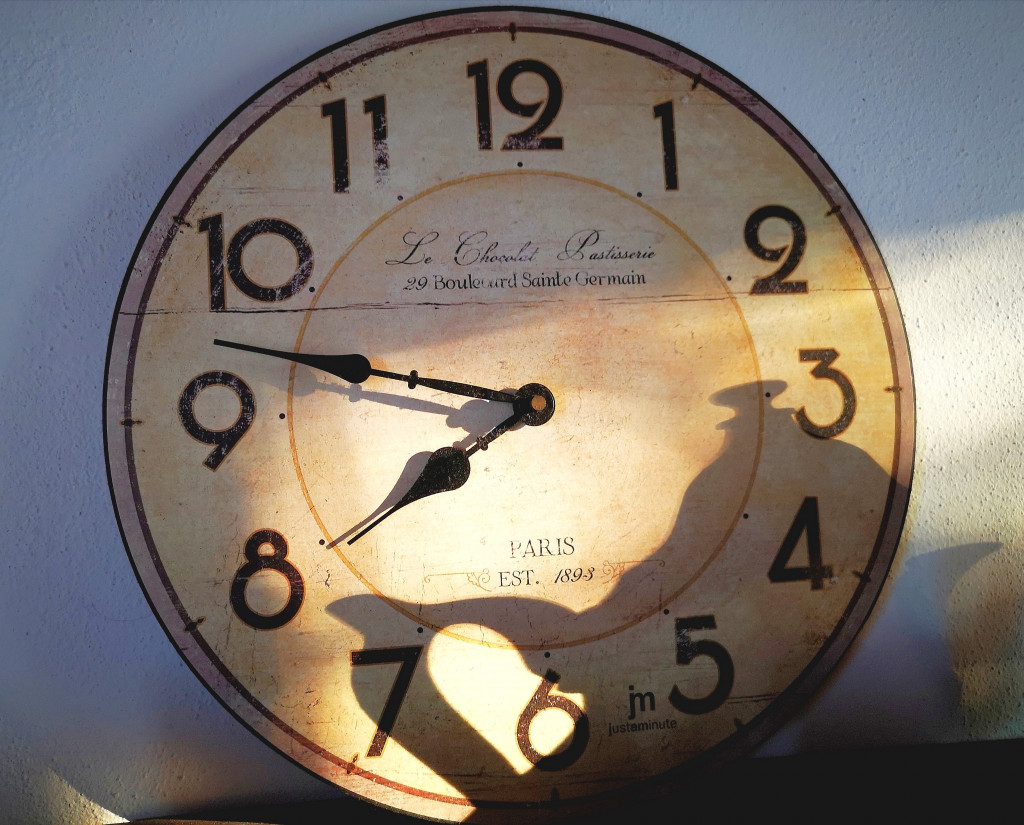 To understand this, a little experiment is required. If you place one clock at the top of a mountain and the other at the edge of a beach, you’ll eventually see that both clocks tell a different time!

In the past, Einstein predicted this difference in time occurring at the cosmic scale in the universe (shoutout to my all-time favorite space film, Interstellar). However, physicists in 2010 observed this on a much smaller scale using precise atomic clocks, one placed 33 centimeters (1 foot) higher than another. They discovered that time moved slower for the one kept at the bottom.

What’s even weirder is that this phenomenon is not just limited to the passage of time in clocks. For two people, one living at the top of the building and the other living on the ground floor, time flows at a different pace. The one living lower would have lived less time, even if it’s by a fraction of a nanosecond (forgetting the time saved on stairs and escalators). Researchers found that if a twin spent 79 years living at an altitude 1 foot higher than the other twin, the first would end up 90 billionths of a second older than the other one!

But Why Exactly Does This Happen?

This mystifying phenomenon can be accredited to something known as Einstein’s Theory of General Relativity. This concept, introduced by Einstein in 1915, is one of the most fascinating insights into the universe we’ve discovered to date. This theory talks about an effect called ‘gravitational time dilation’. Before you skip ahead, anticipating another boring lecture, let me tempt you with a teaser: a bendable universe. As strange as that sounds, it’s actually the truth! 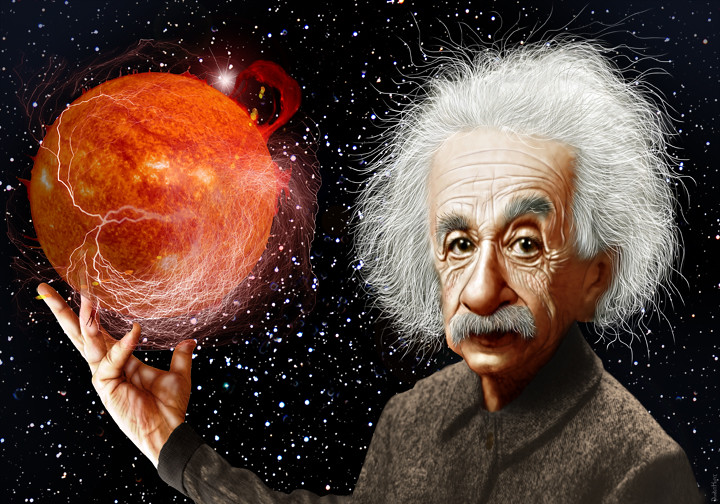 Einstein brought the universe and its works much closer to us than ever before (Photo Credit : staticflickr)

The universe is composed of four dimensions that we know of: the three dimensions we see, and the fourth dimension of time. The part that gets really gripping is due to the fact that space and time are interlinked; when cosmic bodies move across space, they also bend time. According to Einstein’s theory, the gravity that we experience is due to this curvature of space and time (i.e., space-time).

An object with a heavier mass will have a stronger gravitational field. Since we know that gravity results from the curvature of spacetime, the stronger the gravity of a body, the more spacetime curves and the slower time moves ahead.

This gravitational time dilation occurs due to a difference in gravity between two points. We feel the force of gravity strongest at the surface of the Earth, as it pulls us down to the ground. As we move farther away from the surface, even just a few meters, the effect of gravity gets weaker. We might not feel this slight effect much, but even climbing one floor of a building weakens the effect of gravity that we experience.

However, it’s also important to know that for two people in different gravity settings, the time they both observe would be normal to each of them, and they’d both be right. It’s only if they could compare their times with respect to each other that they’d realize that the one closer to the ground is a bit behind. Time slows and speeds itself up depending on spacetime.

This Also Means You Can Time Travel!

This change in time as we go up essentially means that to travel through time, all you need to do is climb all the way up a skyscraper, et voila! If we look at a building as tall and spectacular as the Empire State Building, and with respect to a person sat in the middle of the building, a person traveling from the bottom to the top in an elevator would literally be traveling through time, in relation to the person in the middle.

As the lift moves further away from the surface of the Earth, time keeps moving faster, and when they eventually cross the person in the middle to reach the top, they will have moved through time as compared to them. 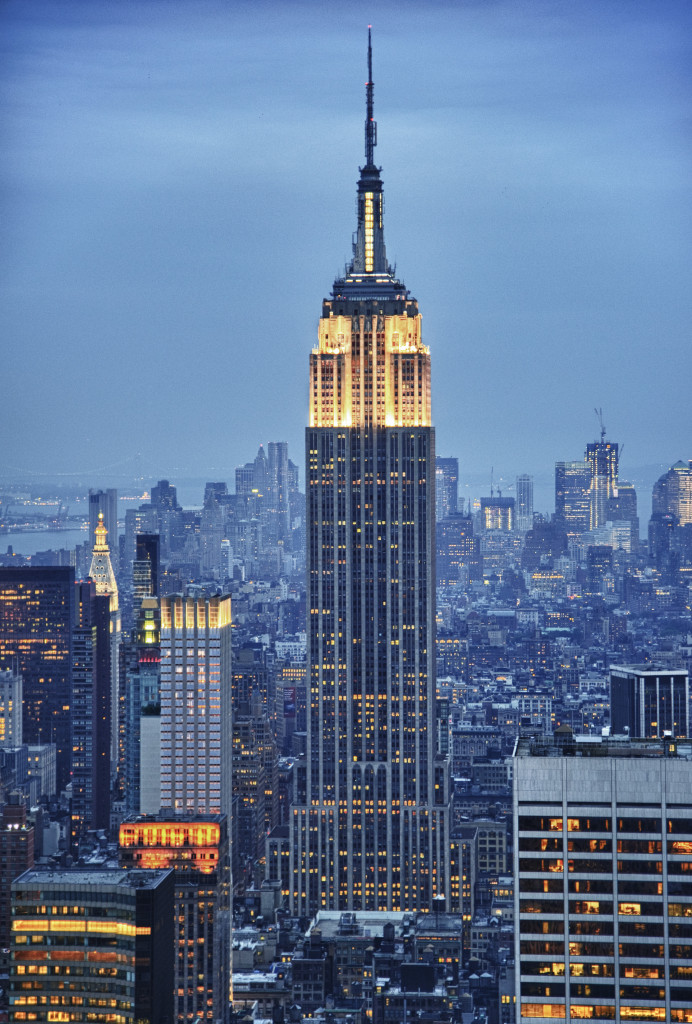 Also Read: Why Does Time Slow Down In A Moving Vehicle?

This essentially means that living at a higher altitude would mean less gravity pulling you down, so you’ll be moving ahead faster than the rest of us slogging down below, but don’t worry, the wrinkles won’t catch up to you that fast.

Even though the world of quantum physics is vastly unexplored, this breakthrough sets the precedent for huge developments ahead. You never know, one day, time travel could be a reality, and won’t be confined to the elevators in a skyscraper!

Khadija is a post-graduate student pursuing her Master’s in Physics from Jamia Millia Islamia, having completed her Bachelor’s in Science from the University of Delhi. If one were ever to come across her, they could spot her donning bright colours on her eyes, possibly wearing cats in her ears, with an overfed tote bag weighing her down. Besides her academic interests which led her to this venture and to a master’s level education in theoretical physics, her love for the spoken and written word prompts her to be an editor for risky text messages and emails sent across all friend groups. She has the eyesight of a bat and the bone strength of a twig, but the aging of her body is balanced out by her naivety and ever-active tear duct. She looks forward to capturing interest with her words, instead of just her charm (read: lack of it) (she’s a Leo). 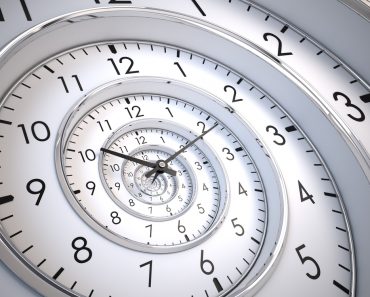