Einstein’s Theory of Relativity allows for the existence of wormholes, stating that space-time can be curved by mass. Understand it like this: Suppose two people hold a bed sheet and then fold it over

How many times have you forgotten something important for a meeting or an event, or found yourself in a situation with only one wish on your mind: “If only I could correct it”. Well, for those wishes to ever come true, you would have to be living in a world where time machines exist, but more importantly (and impossibly), time travel into the past would be achievable.

This article focuses on the numerous concepts of time travel into the past and the various paradoxes involved.

In layman’s terms, time travel is the concept of movement (often by a human) between certain points in time, analogous to the movement between different points in space, typically using a hypothetical device known as a time machine. It is believed that time travel into the past can be possible through wormholes, but theorists are faced by an existential problem due to rapid radiation feedback and various paradoxes, like causal loops, etc.

Oh wait… did I just run ahead too fast? Let’s slow down and take this one step at a time!

Time travel has been exemplified by movies and television shows, such as “Donnie Darko” and “Star Trek: Deep Space Nine”, where the possibility of an Einstein-Rosen Bridge has been considered. This bridge is more commonly known as a wormhole. 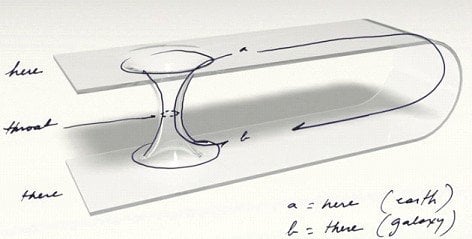 Einstein’s Theory of Relativity allows for the existence of wormholes, stating that space-time can be curved by mass. Understand it like this: Suppose two people hold a bed sheet and then fold it over. They keep a ball in the middle, which would form a curvature. Simultaneously, imagine that a ball of equal mass is placed on the bottom part of the sheet, corresponding with the location of the mass on the top. This would eventually lead to the masses coming in contact with each other. This is precisely how wormholes might develop and connect space-time.

One of the most acclaimed physicists of our time, Stephen Hawking, believes that these wormholes continuously blink in and out of existence, thus momentarily linking places and time. However, to create stable time machines, we need to capture, enlarge and stabilize these wormholes, which is difficult due to wormhole radiation feedback.

Have you ever been to a rock concert? You love those high decibels, right? Well, those loud sounds are actually a result of the amplification of whatever music that band plays. Firstly, the sound travels through the microphone to the amplifiers, and then from the amplifiers to the speakers to produce the booming sound that gets you rocking.

However, if some percentage of the sound goes back from the speakers into the mic, it keeps circling back and forth in a loop and becomes amplified even more. This might eventually end up damaging your sound system! 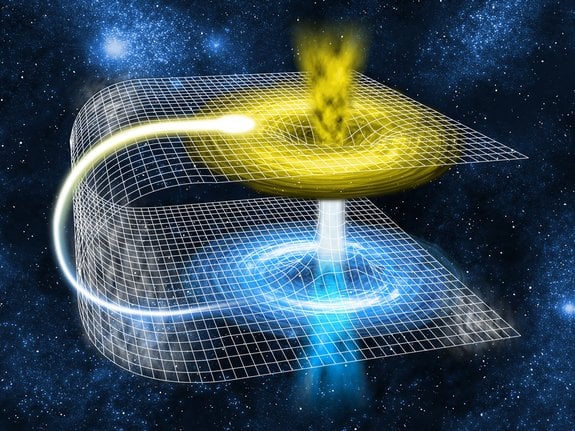 A similar sort of feedback occurs in wormholes, the difference being that it is radiation, rather than sound, which enters the wormhole, due to its enormous gravity. At that point, the radiation would keep going round and round in a loop that might destroy the wormhole. This is the primary reason why stabilizing wormholes is a very difficult task, essentially slapping the idea of time travel in the face.

If you can time travel to the past, then, in theory, you should be able to make changes in the past, correct?

Not really, unless you figure out a way to circumvent the grandfather paradox:

Consider a scientist who is mad enough to risk his own life just to create a paradox. Suppose he manages to create and stabilize a wormhole that is capable of taking someone back into the past by 1 minute. The scientist loads a gun, looks through the wormhole towards his past self, and shoots and kills him. 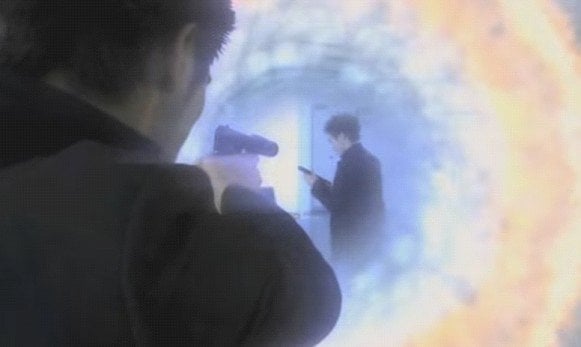 The scientist killing his past-self

But hold on! If he was dead one minute earlier, how is he still alive and able to shoot that past self? A Paradox!!

This paradox was raised by Stephen Hawking himself – by hosting a party! He set the table, threw up some balloons, and popped open a bottle of champagne. And then he waited. And waited. And then waited some more, but no one turned up. Maybe the reason was that he didn’t send the invites until the party was over. That may sound a bit strange, but this wasn’t an ordinary party and the guests weren’t ordinary either. He had only invited time travelers! 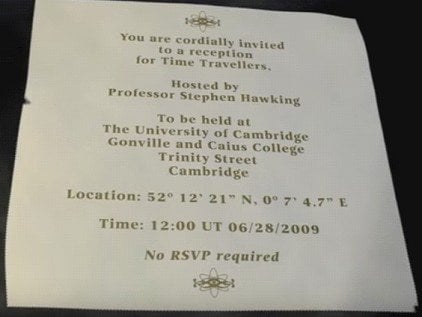 The idea was that if time travel was possible and if time travelers existed, then they would, in the future, somehow discover the invitation in some form and would travel into the past to attend his party. Alas, it ended with a dejected Stephen Hawking sitting alone at an otherwise empty table.

To understand this paradox, consider two events – A and B. A Causal Loop Paradox happens when A is the reason for B, which in turn might be the reason for A. Thus, these sorts of casual loops exist in space-time, but their origin is not known. The causal loop paradox is also known as the Predestination paradox, which Star Trek lovers might recall from the 1996 episode of Star Trek: Deep Space Nine titled “Trials and Tribble-ations”. 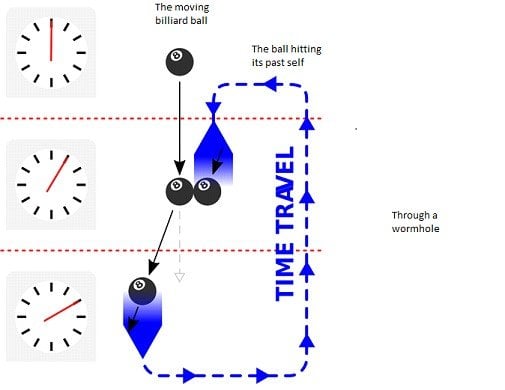 A simple causal loop example is of a billiard ball hitting its past self. Let it happen in the following steps:

After all this mind-wrenching talk about time travel and paradoxes, the main takeaway point is that even though traveling into the future may be possible, traveling into the past is much more difficult. Furthermore, even if it becomes possible, maybe we won’t be able to travel to any time before the point in time when time machines are invented (maybe that’s why we don’t see any time travelers today!)