The movie Interstellar is reasonably accurate from a scientific standpoint. Some of the concepts in the movie, such as wormholes and time dilation, are supported by theoretical physics, but have not been proven conclusively. Other aspects of the movie, such as the gravity equation, are based on real-life equations but are not well understood.

The movie Interstellar is a sci-fi thriller of epic proportions, involving everything from escaping Earth due to climate change to wormholes and time dilation. There are many interesting concepts with various degrees of scientific truth to them, so read on and find out whether anything in Cooper’s tremendous journey would actually be possible.

Can People Really Travel Through Wormholes?

The wormhole in Interstellar is the driving force behind the entire plot; a portal appears somewhere near Saturn that has been seemingly created by omniscient fifth-dimensional beings. A wormhole is basically a ‘tunnel’ that bends space-time and allows energy and information to move from one side to the other. The simplest explanation for it is actually given by Romilly in the movie itself, but you can read here to learn more.

Can they exist? Well, science points towards the theoretical possibility of one, but we haven’t discovered a wormhole yet, which means that it’s still a giant hypothetical. Aside from that, the walls of a wormhole are intrinsically unstable, so traveling through it would cause the wormhole to collapse on top of you. The chances of finding a naturally occurring wormhole are improbably small, so for a traversable one to exist, it must be created by some form of advanced civilization with the power to move entire stars. It’s mind boggling, indeed, but theoretical physics still allows for the possibility of wormholes to exist. We just need the fifth-dimensional beings to notice us first. 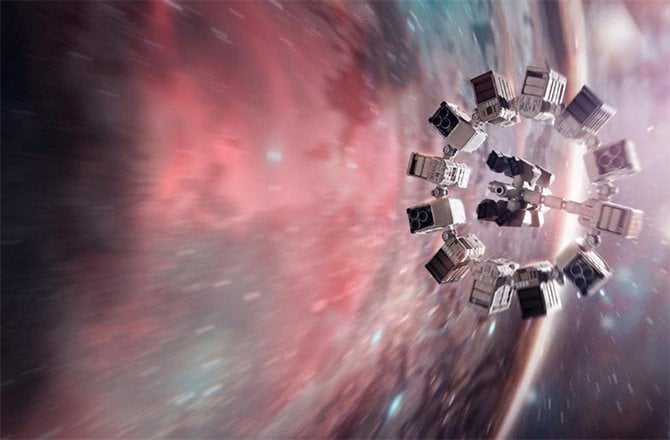 Verdict: Wormholes have been a sci-fi staple for decades, and will likely remain that way. Traveling through one is all but impossible. (Sidenote: falling into a black hole will definitely kill you.)

The most difficult part of creating a robot like TARS or CASE would be its artificial intelligence, not the motor movements or the design. In fact, the simplistic design behind TARS’s monolothic representation has gained widespread adoration. Partly due to it being an homage to the monolith in 2001: A Space Odyssey, but mostly because of his funny quips. A rigid and rectangularly designed robot would work in theory, but it would require a massive amount of torque to move its limbs in the way it does in the movie; for example, carrying Dr. Brand and doing cartwheels through the sea would require massive amounts of power. 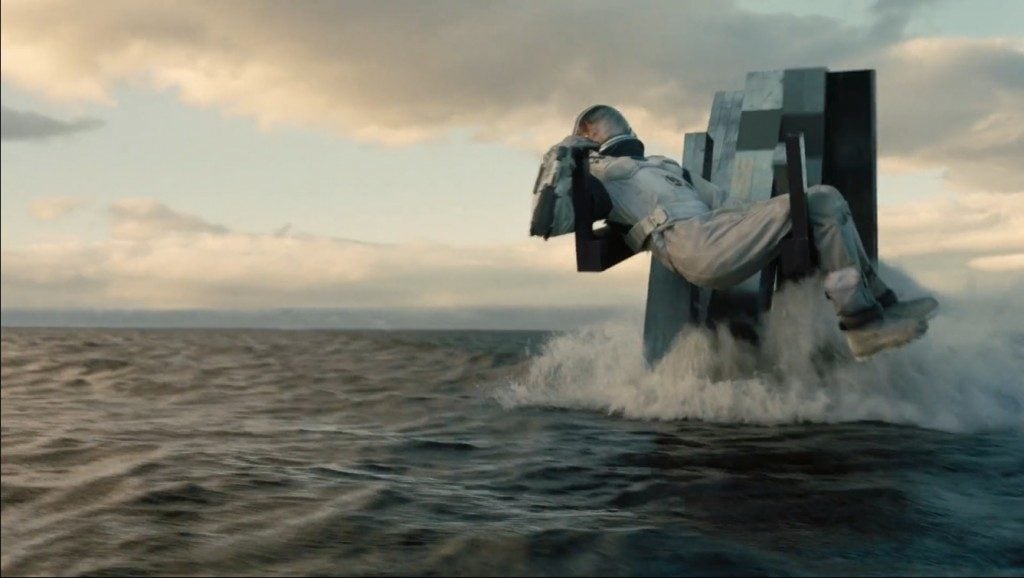 A real robot in that situation would probably have wheels and claws instead of Lego-shaped hands. Aside from the power, there’s the man-hours that would go into programming everything from its vocabulary to the humor setting, which is just not possible in a single product today, at least not in a version as refined and deterministic as TARS. Not to mention all the sensors, circuitry, wires and hydraulics that would all need to be stuffed into a sleek mobile unit. For a robot like TARS to exist, dozens of giant tech companies would have to devote thousands of people full time to work on one product – possibly for decades. The movie explains this by saying it’s a retrofitted Military robot, which makes sense in the setting, but probably wouldn’t be the ideal companion in a manned interstellar mission.

Verdict: Artifical Intelligence will take a while to get that sophisticated, and if it’s possible, the monolithic design probably isn’t the way to go.

How Does The ‘Gravity Equation’ Help The Mass Exodus Of Humanity?

The equation that Murph is trying to solve as her solitary pursuit to ‘save humanity’ is simply called ‘the gravity equation’ in the movie. Well, there’s a gravity equation in real life too, although the two aren’t quite the same. In the movie, Murph and Prof. Brand are trying to figure out a blackboard’s worth of numbers to ‘solve gravity’, as that would mean the success of Plan A, which is an evacuation response that can help the world’s population move off the planet using gravitational propulsion rockets. She eventually figures it out after getting information about the ‘infinite gravity’ inside the black hole.

Also Read: What Are Wormholes?

One of the equations on that blackboard is a version of the famous Einstein field equation, which is a differential equation for gravity that explains everything from the Big Bang to black holes, and pretty much any gravitational anomaly in between. The conformation and discovery of ‘gravity waves’ in a LIGO lab in February 2016 confirmed one of Einstein’s key hypotheses about gravity. The LIGO discovery captured the gravitational waves of two colliding black holes 1.2 billion light years away. What Murph is trying to solve in the movie is essentially an elaborately conceptualized Einstein field equation that helps ‘create gravity of your own’, which could allow you to lift entire cities into space. It’s almost poetic how it is Einstein’s work that ultimately saves humanity in the movie, along with a little help from Murph and some trans-dimensional interaction, of course.

Verdict: The equations exist in some form, but they won’t help us leave Earth anytime soon. 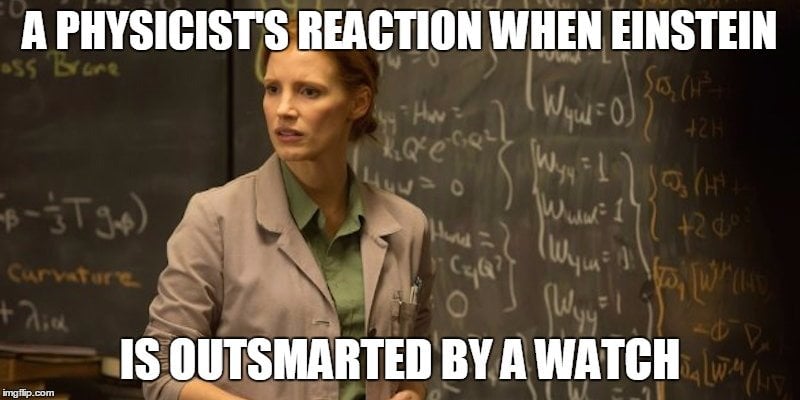 This one is probably the biggest wringer in the movie. How can someone up in the spaceship age 23 years, 4 months and 8 days while the people on the ground are there for only about 3.5 hours? Let’s first try to understand some basics about time dilation.

Let’s say that we’re on the surface of Miller’s planet with Romilly up in the spaceship orbiting the the black hole, Gargantua. According to Einstein’s General Theory of Relativity, a person in a place with less gravitational potential will have time move more slowly relative to a person in a high gravity situation, which is exactly what happens in the movie. Dr. Brand and Cooper are on Miller’s planet, where the gravity exerted by Gargantua is immense (causing the massive tides as the planet rotates extremely quickly). 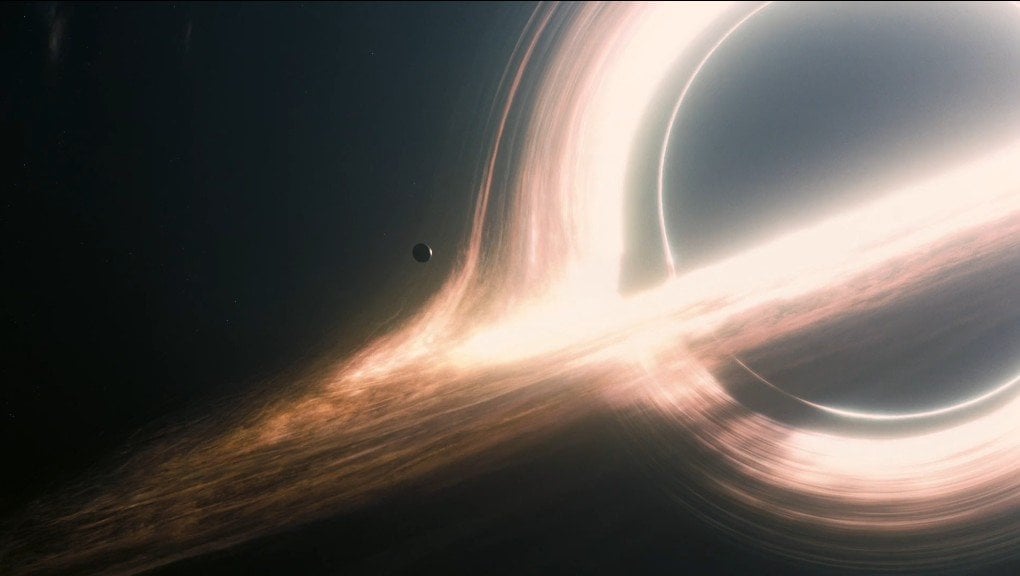 Romilly, however, is orbiting Gargantua from a distance, making the effect of Gargantua’s gravity on him a lot less. Note that time only slows relative between the two groups of people; if we assume the Endurance spaceship that Romilly is in has an equal gravitational potential as that of Earth, 23 years will also pass for people on Earth as well. No one actually experiences anything in slow motion. 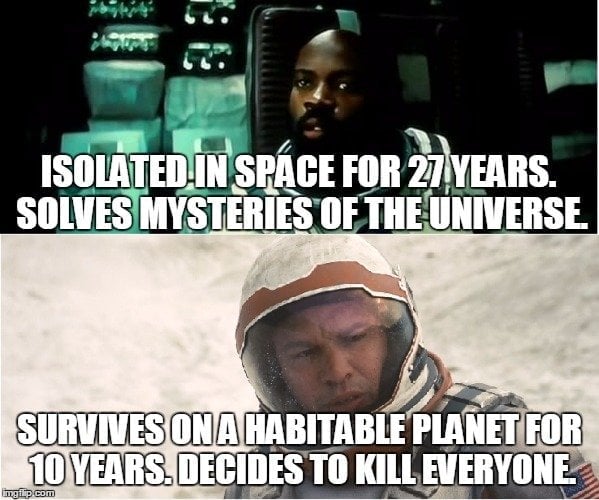 If Cooper wore a GoPro on his head for the entire 3.5 hours and was somehow able to stream that video to Earth instantly in one shot (not actually possible due to information being unable to travel faster than the speed of light), his daughter Murph would just see a 3.5-hour video, not a slow motion one. If he was live streaming it on Periscope, however, Murph would receive a few bits every few days or even weeks, and the live stream would be in ultra-slow slow-motion.

For the level of time dilation depicted in the movie to take place, however, Miller’s Planet has to be traveling at over 99.99% the speed of light, which means it has to be incredibly close to the black hole. Being that close to a black hole would have hugely adverse effects on the planet, and it probably wouldn’t be able to exist in its current form due to the incredible gravitational forces involved.

Verdict: The math is a bit off, but allowing for some creative leeway, since it’s a sci-fi movie, the effects of time-dilation is spot-on.

Also Read: Why Does Interstellar’s Idea Of Jumping Into The Black Hole Make Sense?

Interstellar was a beautiful spectacle to watch, and we could go on about the science in it for many more posts, but Kip Thorne, the science adviser for the film and a theoretical physicist at the California Institute of Technology in Pasadena, already wrote an entire book on it called ‘The Science of Interstellar’. A lot of the questions that arise in the movie are explained, and his involvement pushes the movie within the realm of possibility from the fringes of sci-fi, despite its metaphysical elements… but that’s a post for another day. 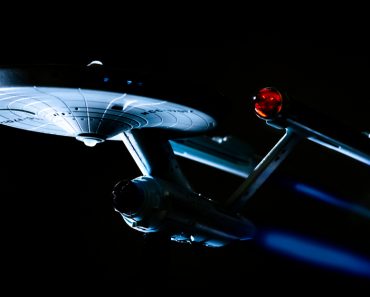