Have you ever sat, mouth agape, while watching the lobby fight scene in The Matrix or Quicksilver’s kitchen scene in X-Men, wondering how in the world they filmed those ultra-slow scenes? Or have you ever thanked a super slow review for saving your favorite cricketer’s wicket during a crucial match?

Slow-motion has revolutionized the visual culture of the world, and has become an essential tool in science, cinema, and sports. This technology makes a seemingly mundane visual into a dreamy and accessible moment. In sports, where even a millisecond can be the difference between victory and failure, slow-motion replays are extremely useful. Similarly, “slow-mo” also paved the way for many scientific advancements and discoveries.

Today, even our smartphones are capable of filming in slow motion. Even if the technology has been around for over a century, most of us are still clueless as to how slow-motion works, so let’s find out what exactly it is and how we create it.

How Do We Perceive ‘Motion’?

A flipbook is the perfect example of our perception of motion. These books contains a set of sequential pictures. When you go through each page slowly, you see the individual images, but when you increase the flipping speed, it appears as if the drawing is moving.

Our eyes pick up each image we ‘see’ and send it to the visual cortex of the brain, where the brain processes the image. However, when the images change at a faster rate than the brain’s processing speed, our brain kind of merges the images together, which we perceive as motion.

In short, videos consist of several images shown at a fast rate that trick our brain into seeing motion.

To create motion from individual images, we must know the rate at which our brains process images. To determine this, an interesting method can be used. A flickering source of light is taken and the frequency at which it flashes before our eyes is increased gradually. At a certain frequency, the flickering light appears as a steady beam of light to our eyes; this is the Critical Flicker-Fusion Frequency (CFF).

This result is also applicable in videography, as it gives us the number of images or frames that must be displayed in one second to achieve a continuous video. Thus, 60 frames per second (fps) is considered the ideal frame rate for a detailed and crisp sense of motion. 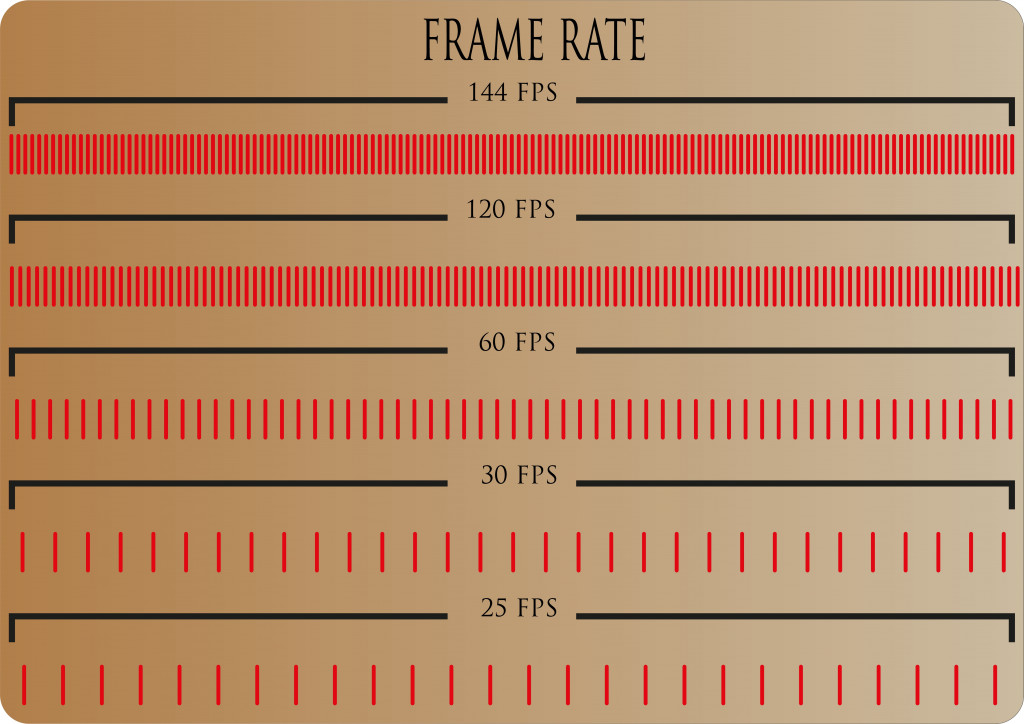 Even though 60 fps provides us with the most realistic version of motion, we can perceive fluid motion from a rate of about 24 fps. This is why cinemas have a standard frame rate of 24fps; it allows us to perceive smooth motion, while keeping the production costs low.

With the advancement of technology, frame rates of displays have increased. Video games have frame rates ranging from 30 to 60fps. On high-end gaming PCs, frame rates reach 120 or even 240 fps!

How Is Slow-Motion Possible?

Slow-motion cannot be achieved by simply slowing down the speed at which each frame changes. If the frame rate is too low, instead of a video, we would be seeing a set of sequential images, like a slide show.

Slow-motion is achieved by shooting the video at a high frame rate and then playing it back at a lower frame rate. The lowest preferred frame rate is 24fps; this is the standard and anything below it would seem stuttered, while the higher frame rate is chosen based on how slow we ultimately want the video to be.

Let’s consider a video shot at 60fps for one second (60 images captured in a second).

Now, let’s play this back at a rate of 30fps. Here, among the 60 captured frames, the initial 30 frames play in the first second and the next 30 frames play over the next second. In short, the 1-second video, when played back, takes 2 seconds to play. Thus, the event is stretched out and the video is 2x times slower. This is how slow-motion works.

Rate of Slow Down

Okay, so now we know that we can ‘slow down’ events, but to what extent?

For example, if a video is shot at 240 fps and played at 30fps, the video is slowed down by 8 times (240/30). Thus, by changing the capture frame rate, we can control the rate of slow motion.

Let’s capture a video at different frame rates for one second and check how much it can be slowed down:

Thus, it is the fastest camera that captures the slowest motion!

Cameras with a capture speed of trillions of fps now exist today. These ultra-fast cameras can make even the propagation of light look slow.

“Slow mo” can be achieved in real-time or by editing a normal video.

Old film cameras used ‘film rolls’ that were rotated mechanically to shoot videos. In those cameras, slow motion was achieved by rotating the film faster at the places where slow motion was required. This helped in capturing more frames in a short time. Finally, when the film was projected, the cranked-up portions would appear slower. Since this method involves physically cranking the lever of a camera, it is called over- cranking. 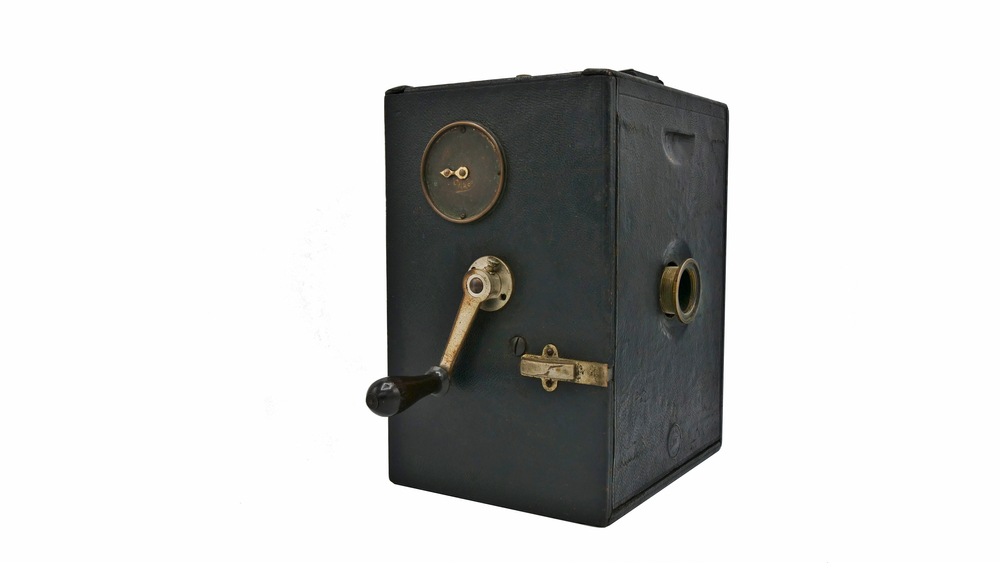 Today, shooting higher frame rates is easier, thanks to digital cameras. Since they have preset options for different frame rates, all it takes is the push of a button to tap into slow-motion effects. As usual, the areas to be kept at normal speed are shot at the standard rate of 24 or 30 fps, while the areas that require slow motion are shot at a higher fps. As a result, during playback, the regions with high fps would appear to slow down.

What about videos shot at lower frame rates? Can we convert a video shot at 24 or 30 fps to slow motion? Well, technically, yes.

In such cases, we insert a black frame between each of the frames to increase the total frame rate. Thus, during playback, the video slows down due to high fps. However, such videos will likely look choppy and artificial due to the alternating black frames.

Changing the frame rate is not all it takes to produce a good slow-motion video.

When we shoot numerous images in a single second, the shutter of the camera opens and closes pretty fast. Consequently, very little light enters the camera at a time, so without proper settings, the slowed-down videos may look dark and noisy.

We can solve this by:

Slow-motion is created using a higher frame rate for capturing and a lower frame rate for playback. With slow motion, we can extend a single second to an entire hour. It is simply fascinating what a set of images can do. A single image is just a picture; but take a bunch of them and experiment with their speed, and voila! You get to warp time and see things that our naked eyes can’t even comprehend. With that in mind, go ahead and play with the slow-motion mode on your phone, and appreciate the little things that you wouldn’t otherwise have even noticed.