The Warp Drive from Star Trek works on the principle of the Alcubierre Metric, which bends space-time in such a way that a ship can travel faster than light.

Star Trek has given us some very memorable characters and story arcs over the years. I don’t think anyone would ever be able to forget Nimoy’s distinguishable character of Spock or the iconic USS Enterprise. Star Trek gave us a glimpse of what the world could be like if we leave this galaxy we call home and explore realms in the farthest parts of the universe. But how exactly were Kirk and his crew able to travel to such vast distances in the universe for their adventures? Warp Drive! 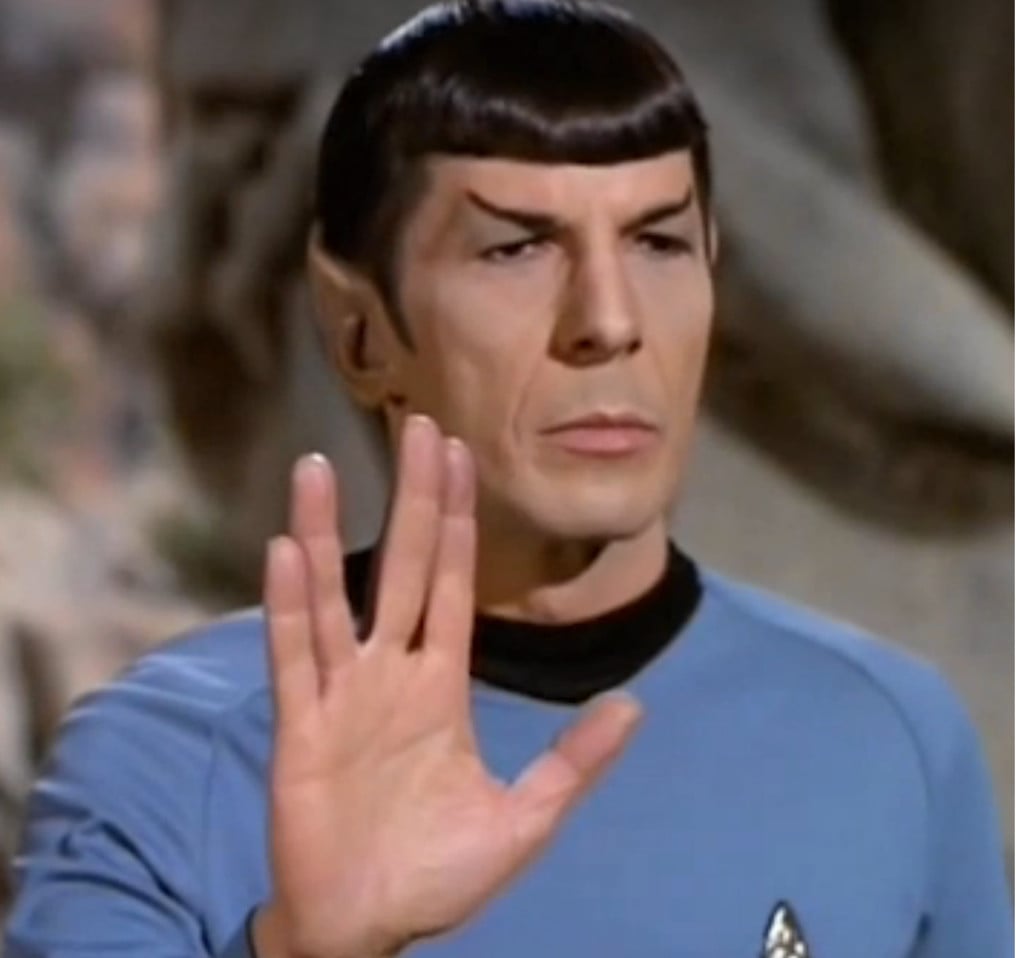 Before talking about how the Warp Drive works, we need to understand why those cosmic explorers needed it in the first place; for that, we first have to wrap our minds around the size of the universe (spoiler alert: it’s huge).

To be able to cover such large distances in a reasonable span of time, we need to travel very fast, and according to Einstein (always there to ruin the fun) there is a limit to how fast we can travel. That limit is the speed of light. So, assuming that we find a way to travel at the speed of light, which is around 300,000 km/sec (or 186,000 miles/sec), it would still take 25,000 years to reach our nearest galaxy. 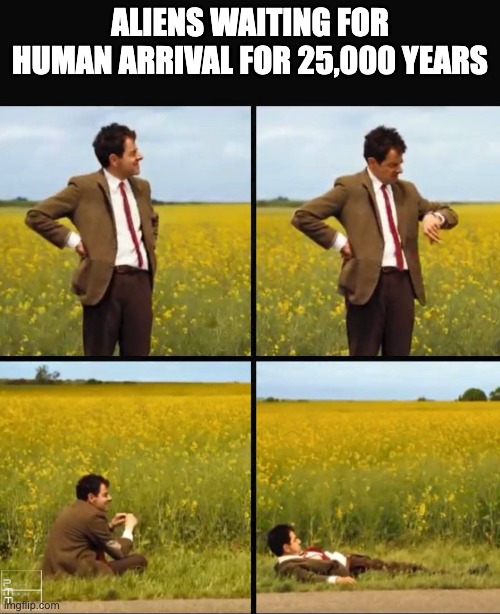 This is where Warp Drive comes in, because it can help us travel faster than the speed of light, which is how Kirk and his crew don’t just visit those nearest galaxies, but go much farther than that!

What Is Warp Drive?

If Einstein is firmly standing with a speed limit sign on the interstellar highway, then how does Warp Drive manage to go faster than that speed? Well, there is a catch to Einstein’s limit. Technically, the law states that no information can travel faster than the speed of light. And what is information? Information is anything that consists of energy or matter. Humans and our spaceships are made of energy and matter, and thus we qualify as information.

So how does Warp Drive exploit this law? Well, it makes use of the one thing that doesn’t count as information—space-time. In general relativity, space and time are interconnected. One cannot exist without the other. They are the two sides of the same coin. Space-time in itself does not contain any information. Although it is imagined and visually conceived as a fabric, it is purely hypothetical. 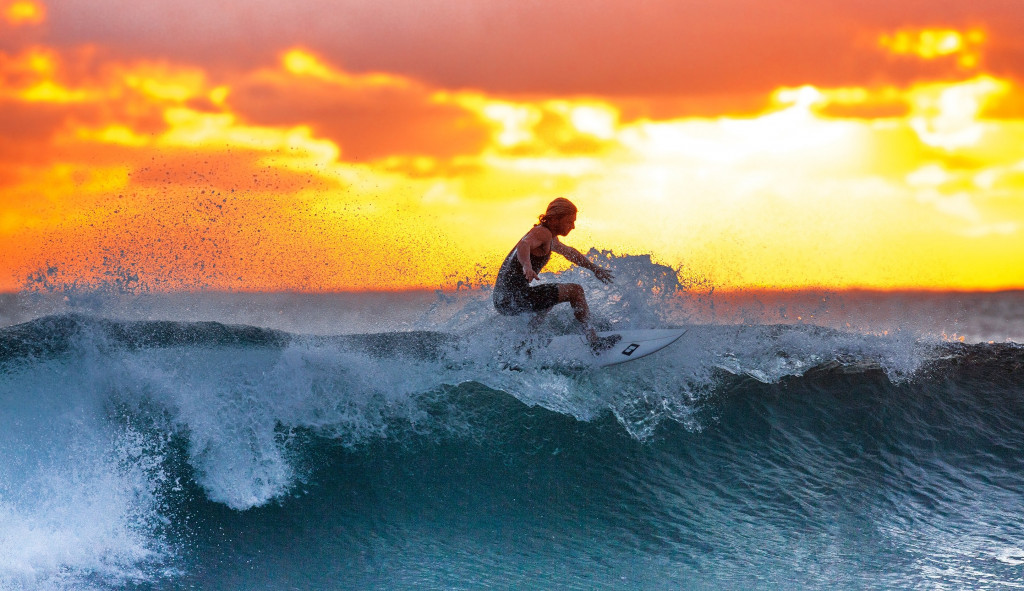 The Warp Drive bubble acts like the wave in an ocean. (Photo Credit : pexels)

Since space-time has no physical significance and does not count as information, it can be made to accelerate faster than the speed of light. Imagine a surfer surfing on the waves of the ocean. The surfer himself does not travel anywhere, but simply rides the wave that is traveling in the ocean. In the case of the Warp Drive, the ocean is space-time, the wave is the Warp Drive bubble, and the surfer is the spaceship.

We can intuitively understand that the wave in the front would pull the ship while the wave behind would push it. Now, it’s all fun to just talk about bending space-time, but how does it actually happen? Where does this idea come from? Does it have any origin in Physics? Well, Miguel Alcubierre, a theoretical physicist from Mexico (and a huge fan of Star Trek) was troubled by the same question, which was when he came up with the idea of the Alcubierre Drive.

The Alcubierre Drive is a way of formalizing a Warp Drive using a certain set of solutions for the Einstein Field Equations (Einstein Field Equations are nothing but Newton’s law of Gravitation, but for more general cases, where they can be applied in any physical scenario). Alcubierre found a solution to these equations in which the physical scenario is a Warp Drive bubble. The solution is nothing but a metric that, in a simple sense, gives the information about what shape the space-time would have in a certain range.

Also Read: How Scientifically Accurate Is The Movie ‘Interstellar’?

When the spaceship is inside this bubble, created by the Alcubierre metric, even though it stays in its place in its own frame of reference, the bubble around it moves faster than the speed of light and takes the spaceship with it. Since the spaceship itself isn’t moving, it does not experience relativistic effects, such as time dilation and length contraction. This is why the characters in Star Trek do not age differently while traveling at such high speeds (imagine having to cast an increasingly older man every single time McCoy travels to some other galaxy).

In theory, a Warp Drive can be constructed by manipulating a localized area of space-time, according to the metric created by Alcubierre. The Warp Drive from Star Trek works on this very principle and gives us (and Kirk’s crew) a way to cover vast intergalactic distances. The next time someone scolds you for watching yet another sci-fi movie, tell them that you’re trying to figure out a way to make it all real… that’s what Alcubierre did!