Engine power is measured in ‘Horsepower’ because of a Scottish engineer named James Watt According to Watt’s observations, 1 horsepower = 33,000 foot-pounds of work per minute. The value of horsepower was clearly not absolute, but that didn’t really matter to Watt, nor the potential buyers. All the owner of a draft horse needed to know was that Watt’s steam engine could do 5 times more work than his single draft horse was doing.

The number of physical quantities that we deal with on a daily basis is almost too extensive to list – temperature, force, and distance are some of the most common ones, but that barely scratches the surface. The units of measurement for those forces (Celsius, Newtons and meters, respectively) also ‘sound’ pretty, now that we’ve gotten used to them.

Typically, the units of physical quantities are named after the scientist who either discovered them first or had made unparalleled contributions to their respective field. That all makes me think about another type of force, the one generated by an engine. More specifically, I wonder why we use ‘horsepower’ for the measurement of power? How did horses trot into the picture of power in the first place?

There’s actually a very interesting story behind that…

It all started when James Watt, the innovator credited with a number of inventions and discoveries, made the existingn steam engine more efficient. Before he introduced his design, the world had already grown used to the Newcomen engine, which was essentially the first machine that harnessed steam to do work.

However, Watt’s engine, along with other technical enhancements, generated the same amount of mechanical output by using only one-quarter of the fuel that the Newcomen engine required! Watt obviously wanted to market this dramatic practical advantage that his design was able to offer over the Newcomen engine.

Marketing this obvious technical advantage was simple enough to people who actually used steam engines. He could talk to them using a lot of ‘engine jargon’, or he could simply say, “Hey, my engine does the same thing as the Newcomen engine, but uses 75% less fuel!” 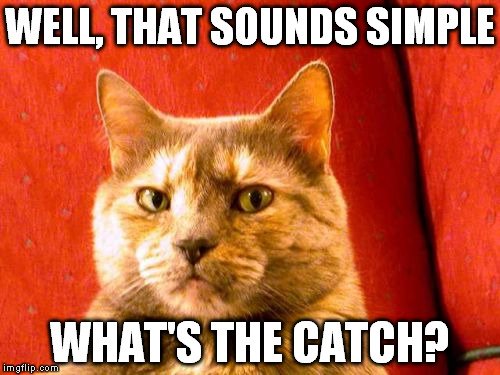 The thing was, not everyone used steam engines at that time; there was a large chunk of the populace that still used draft horses to get things done “mechanically”. Watt wanted to figure out a way to make those people understand the advantage of his machine through numbers, in order to explain how his engine was more productive than the draft horses they relied on to earn their livelihood. In order to achieve that, he obviously had to compare the efficiency of two completely different entities, i.e. his engine and horses, using a single unit. 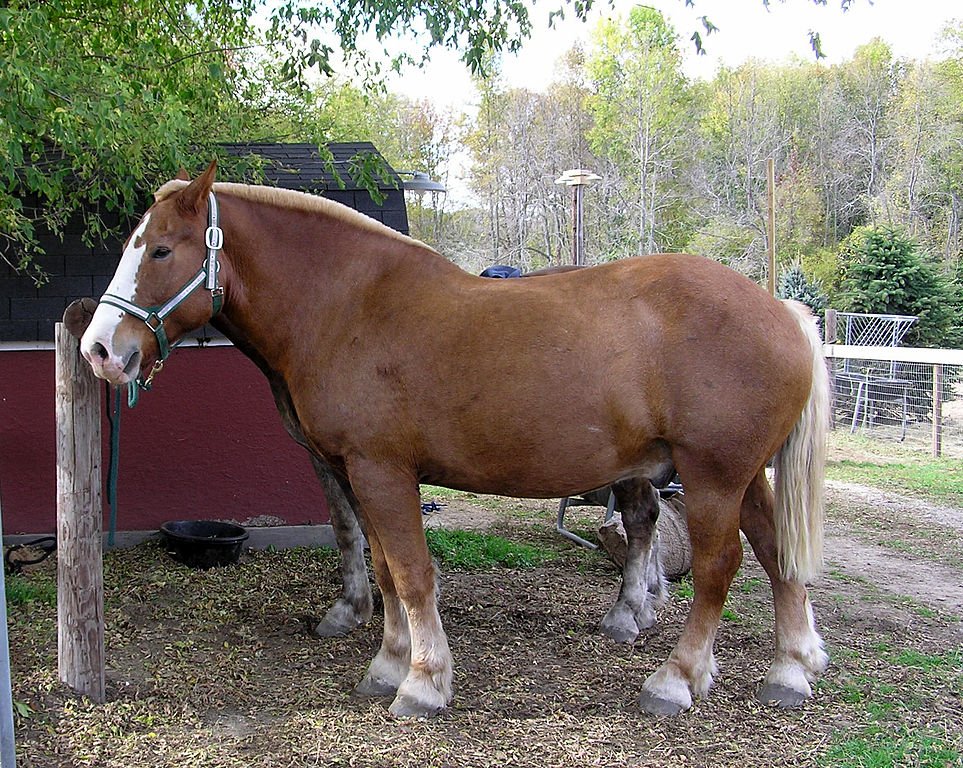 To achieve that comparison, he set about calculating the productivity of a typical draft horse by determining how much power a regular draft horse could generate in a given period of time. There are different accounts of the experiments that he ran, but in the end, he noted that a typical draft horse could do nearly 33,000 foot-pounds (lift a 33,000-pound weight 1 foot) of work in a minute and maintain the same rate throughout the day (which is a bit far-fetched as an assumption). Hence, a new unit was born – horsepower. According to Watt’s observations, the calculation was as follows:

The value of horsepower was clearly not absolute, but that didn’t really matter to Watt, nor the potential buyers. All the owner of a draft horse needed to know was that Watt’s steam engine could do 5 times (or even more) more work than his single draft horse was doing. In other words, his single engine was equivalent to at least 5 horses!

This apples-to-oranges comparison worked wonders and the Watt engine became one of the most valued tools of the Industrial Revolution. Even today, the term ‘horsepower’ is used as a supplementary unit while talking about output power of turbines, piston engines and other machines. 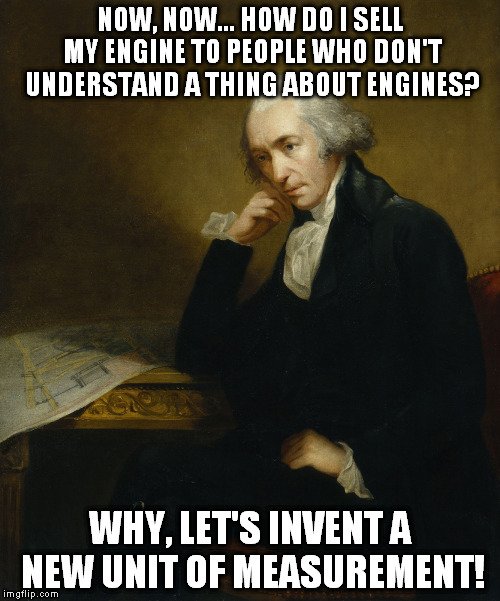 James Watt, as the entire world knows today, was a true genius. He not only created a steam engine that was much more efficient than what existed at that time, but also figured out a way to market it impressively to a populace that was still living in the past. In the process, he unwittingly gave the world a new unit of power that’s still commonly used to this day!