Zentangle is a technique used to meditate by using art as a medium.

Every time I think about meditation, my mind takes me back to one distinct passage I read in Eat, Pray, Love.

“..in stillness, I watched myself get eaten by mosquitoes… the itch was maddening at first, but eventually it just melded into a general burning feeling and I rode that heat to a mild euphoria. I allowed the pain to lose its specific associations and become pure sensation… and that eventually lifted me out of myself and into meditation.”

This idea of meditation as being something that was all engrossing, something that completely takes you over, always stuck with me. However, getting bitten by a thousand mosquitos was not how I wanted to achieve it.

In my quest to meditate, I searched the internet far and wide. It took me a hundred clicks and a few minutes to arrive at a website suggesting “zentangles”. We’ve heard of doodles and scribbles, but zentangles are rather new. So new, in fact, that my text document underlines it in red, suggesting that it’s not even a word. The concept of tangles/zentangles was introduced in 2005, when Rick, a monk, observed his wife Maria, a botanical artist, in the act of drawing. He noticed that she was rather lost in the work she was painting. He interrupted her, and asked her what she was going through—feelings of selflessness, effortlessness and timelessness. Another word for it is that she was “in flow”. And Rick, having years of experience meditating, commented that what she was describing, was indeed, the experience of meditation.

What is takes to make zentangles?

Zentangles are similar to mandalas and doodles. They require the person to draw repetitive patterns with a black pen on a 9x9cm square. The size of this square can vary to suit each person. Traditionally, this paper was made of 100% cotton, but now that varies, and most practitioners use anything that is available. These days, many artists also use black paper and a white pen to draw on. The creators were quite clear that an eraser should never be used, and a pencil can only be used to mark the borders. 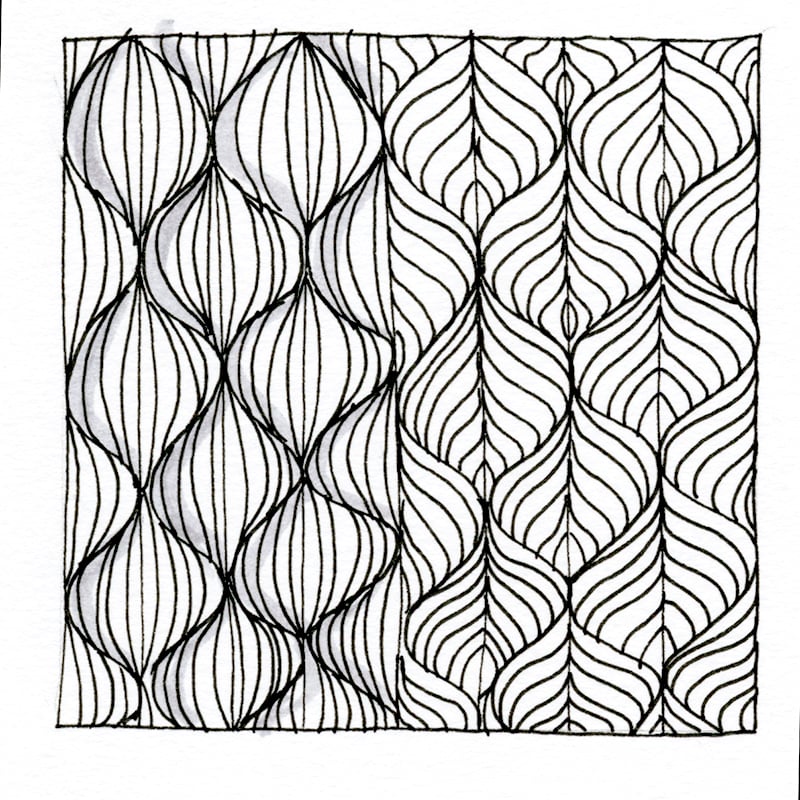 The main idea behind zentangles is that what you draw cannot be erased. That is, if a mistake is made, then one must learn to find beauty in it and live with the flaws. When applied to real life, the creators are trying to say that a mistake once made can only be lived with, not erased.

Although a quick Pinterest search can give you numerous ideas on how to create them, one can only teach tangles if they have been certified by the creators of this practice. The practitioners are called ‘Certified Zentangle Teachers’. The creators are strictly against sharing this method online, but instead conduct workshops around the world to help people easily achieve this certification.

How to zentangle: a step by step tutorial

Creating tangles is quite simple, according to what I’ve read and learned. The makers suggest that there are eight steps to making tangles. 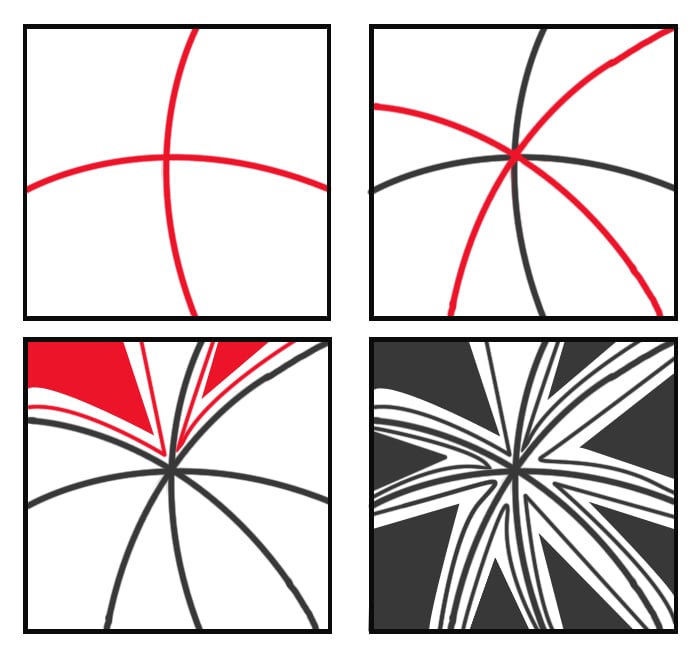 The Process of Creating a Zentangle

5. The next step is to draw the tangles. The creators highlight that these must be drawn in pen and one must be aware of each stroke that the pen makes.

6.The next step is to shade these tangles using a graphite pencil. Shading them adds a dimension to the tangles and gives the creation more perspective.

7. The artist then signs his name, and on the back of the paper, records his observations.

8. The last and most important step is to hold this piece of art at arm’s length and appreciate what has been created.

The creators identified a 110 official patterns that form the basics or foundation of zentangles, but the whole point of tangles is to deviate and find peace and with what is made.

Zentangles are formed or practiced when the same pattern is drawn over and over again. Doodles, on the other hand, have no particular rules, so they are just a collection of images drawn close to each other. They have no particular canvas, so doodles can be found on walls, cars, and practically anywhere else. Scribbles, on the other hand, are tiny drawings or mindless patterns that we come up with when we’re bored; these scribbles are usually found on the sides of pages or on notepads. 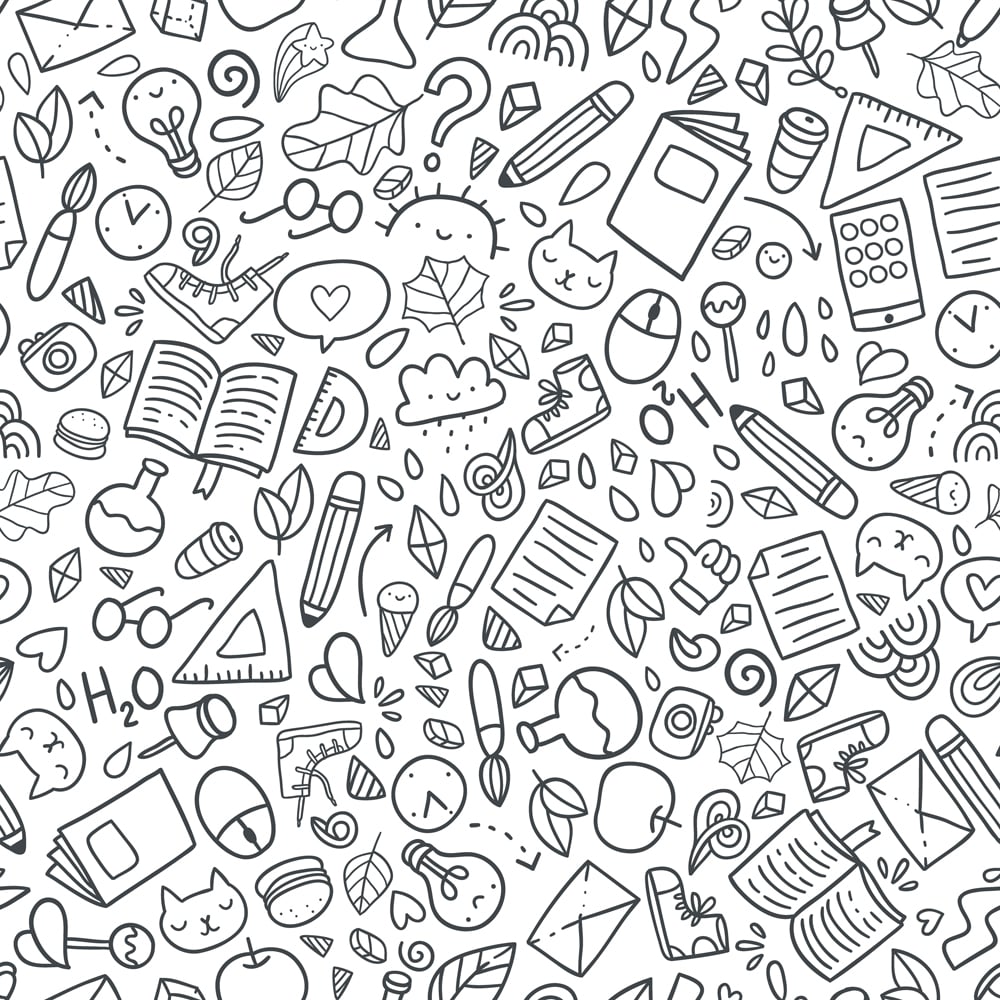 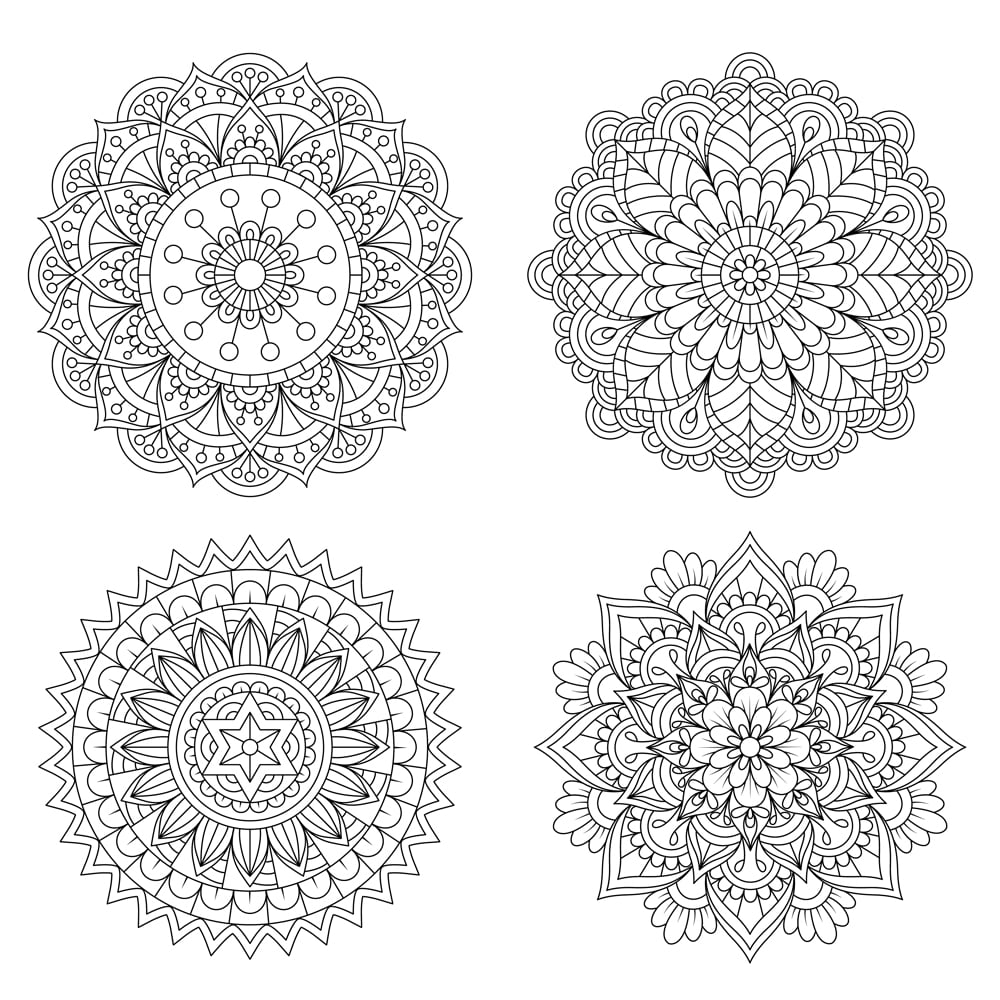 Examples of Zendalas- Notice how they are in a circle but have repetitive patterns (Photo Credit : 09Design_Factory/Shutterstock)

Of late, the concept of zentangles has become mixed with sacred mandala drawings; the two together are called zendalas. While each of these art forms are unique in their own way, they are often confused with each other. All of these art forms are used in art-based therapy as a mode of self-expression, but zentangles and zendalas are created for the purpose of meditating.

Evidences of early tangles can be found in mosques and temples, where the artists used the same patterns over and over again to create something exquisite. They also resemble the concept of using symbols to create something that is unplanned, such as in the Mayan or Egyptian cultures. Although these were not explicitly called tangles, the concept seems similar. 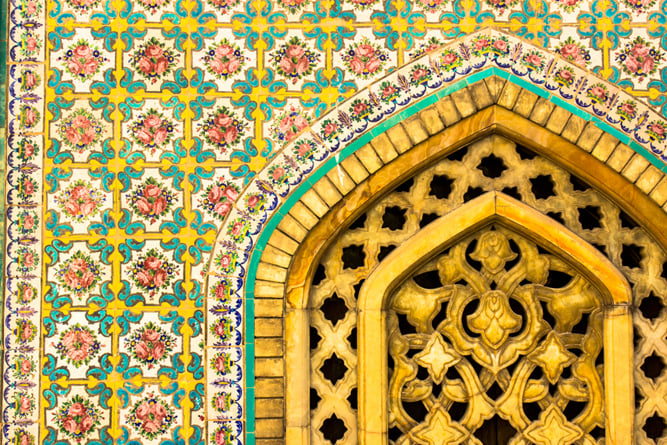 This is an image of Golestan Palace in Iran; its walls resemble what we now call Zentangles (Photo Credit : Livre Partida/Shutterstock)

Zentangles are a rather easy way to meditate. They represent a self-help technique that helps to soothe oneself on the go. They require no particular space, as these tangles can be made sitting practically anywhere. It’s an easy place to start for anyone who’s been wanting to meditate, but has been unable to sit still. The artist does not have to be trained, as even novices tend to create patterns that look beautiful. Most tangles take about 15-20 minutes to come to life. A few minutes of tangling helps to rewire oneself and brings about a feeling of tranquility.

This practice is now being used in cancer care or chronic disease care to help ease a person’s anxiety and depression. The method is combined with other methods, such as talk therapy or cognitive behavioral therapy. Engaging in making tangles claims to increase focus and motivation, which seems like something ideal for a distracted student who’s mindlessly scrolling through Instagram. If that sounds like you, perhaps tangles are the way to untangle yourself! One last tangle before we sign off (Photo Credit : ADELART/Shutterstock)