The seven wonders of the modern world are The Great Wall, Machu Picchu, The City of Petra, Chichen Itza, Christ the Redeemer, the Colosseum and The Taj Mahal.

We all know about the seven wonders of the ancient world, but since many of them have disappeared into the sands of time, it makes sense to update the top architectural marvels of human history! So, in 2000, a Swiss company founded by Bernard Weber took the initiative and narrowed down the options, so we now have the seven wonders of the modern world. Since these are world heritage sites, they’re commonly mistaken as an initiative by UNESCO, but that isn’t the case!

How can a Swiss company decide this for the world?

Technically, they can’t. Just as in a democratic country, votes are cast to express the popular demand of the population, votes were similarly cast from all over the world to decide on these seven new wonders.

During the Olympic Games in Sydney, all the countries were urged to cast their vote either by telephone or SMS. But wouldn’t this mean that countries with the largest populations would naturally have their monument selected?

Well, countries did try, but if those efforts were successful, The City of Petra would not have won, since Jordon has only 7 million people! The governments were so enthusiastic about this voting, in fact, that they made huge campaigns and made the cost of calls and texts free!

Criteria for becoming a Modern Wonder of the World

The aesthetics are the obvious criterion, but there are a few other things to consider.

All monuments must be the work of man to highlight the heights that humans can reach in their creations.

The monument should have a rich cultural and heritage value that celebrates the cultural diversity of the world.

It was also important to consider the limited architectural tools available at the time the monument was built and compare it to the ‘wonder’ that still stands today. Monuments that were too recent or those that required considerable repair were not considered.

So, dear readers, here are the seven wonders of the modern world, as chosen by the residents of the world. And if you didn’t vote and are unhappy with this list, now you have another example of why voting matters!

The Seven Wonders of the Modern World

1) The Great Wall of China 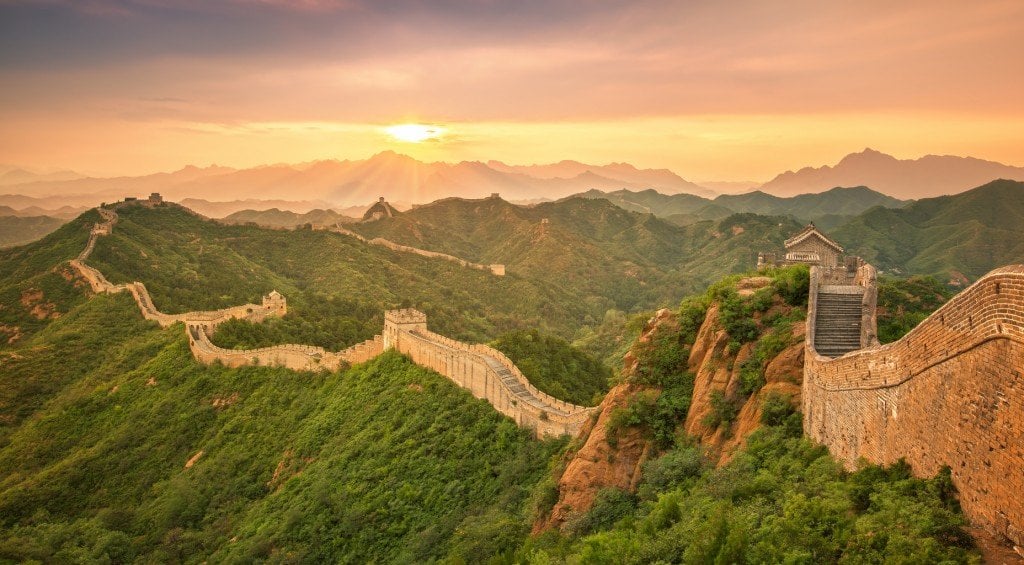 The Great Wall is located in Beijing (China) and was built in the 7th century BC. It was built during the Ming Dynasty as protection against foreign invasions and raids. It took nearly two millennia to be built and one-fourth of its length is formed by natural barriers, such as rivers and mountain ranges. It measures roughly 21,196 km and is made of stone, brick, wood and tamped earth. The Great Wall is built east-west, extending from Dandong to Lop Lake.

Apart from the obvious purpose of protection, the Great Wall regulates trade, controls immigration and emigration, and functions as a transportation corridor.

Chichen Itza is a Mayan city in Mexico named after the Mayan tribe Ítza’. It contains many temples and monuments, the most famous being the ‘The Castle’, which is a stepped pyramid. This pyramid consists of 365 steps, the number of days in a solar year, giving us some glimpse into the astronomical abilities of the Mayans, even though these are the same Mayans who predicted the controversial end of the world in 2012. The snakehead at the base of the monument at Chichen Itza (Photo Credit : xabi_kls/ Shutterstock)

Another awe-inspiring aspect of this monument is that during the autumnal and spring equinoxes, one can see a shadow cast by the setting sun on the north stairway that has the appearance of a slithering snake; hence, at the base of the pyramid, there are snake heads of stone. Also, this place is very famous for its acoustics, as a single clap can produce nine echoes in the ball court. Fascinating!

3) The City of Petra

The City of Petra is located in Jordan. This beautiful archaeological site in the Middle East was lost (i.e., its discovery was forgotten) for five centuries, earning it the name ‘Lost City’. It was rediscovered in 1912 by archaeologists. It was once a capital of the Nabateans, an Arab tribe, making it an important trade center for spices. Petra means rock in Greek, which is very suitable as a name, since the entire city is made of carved sandstone rocks. It consists of many carved temples and has 3000 tombs! There are many interesting facts surrounding this fabled city; it is believed that only 15% of the city has been discovered, while the rest remains underground. Indiana Jones fans may recognize this dramatic setting from one of those action-packed films. The tombs and carvings even change color with the shifting of the sun! 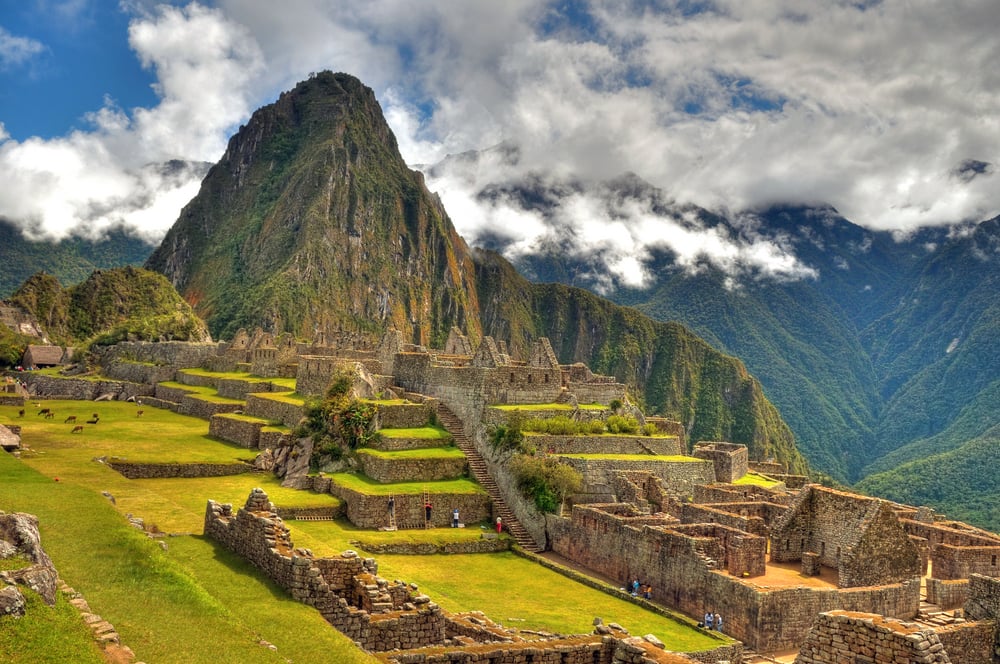 Machu Picchu is a famous site where the remains of the Incan Civilization in Peru can be seen. It contains terraces, plazas and temples. Sandwiched between the Andes Mountains, this exotic location can only be reached on foot or by helicopter. It is believed to have been constructed in 1450 AD and is made of mountain stone with polished dry stone walls. It was accidentally discovered by Hiram Bingham, an American explorer, when a local farmer told him about the ruins. This is a region of high seismic activity. 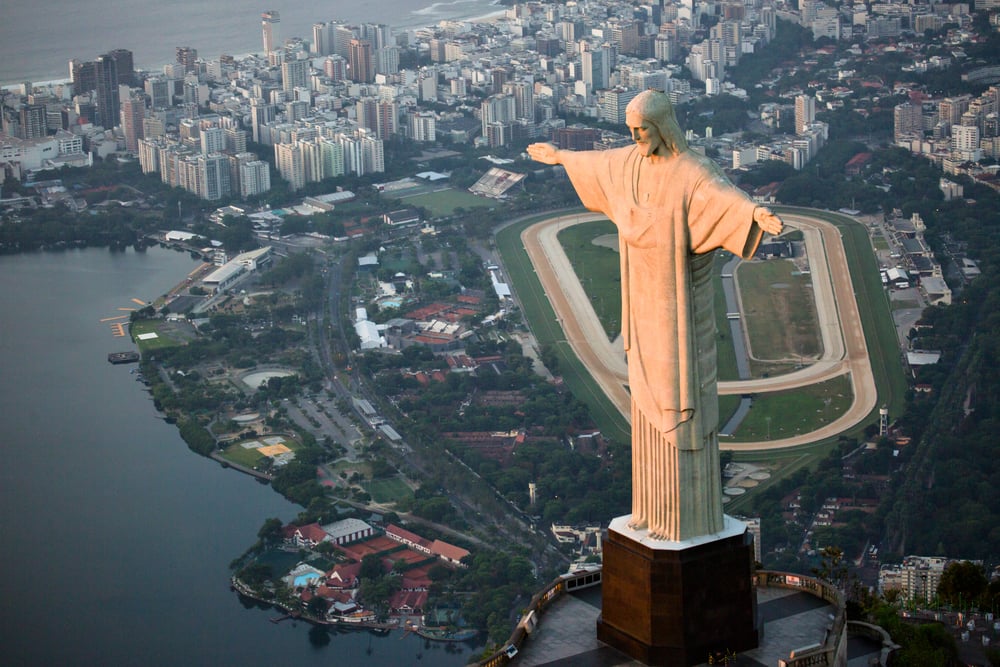 Located in Brazil, Christ the Redeemer is a monumental symbol of the Christian faith all over the world. It is a colossal statue of Jesus Christ made after the First World War when man began to doubt the existence of God. It is 38 m tall and is the largest example of Art Deco in the world. It certainly has a resemblance to faith, as it has been struck by lightning and still remains intact (although a thumb is gone!). 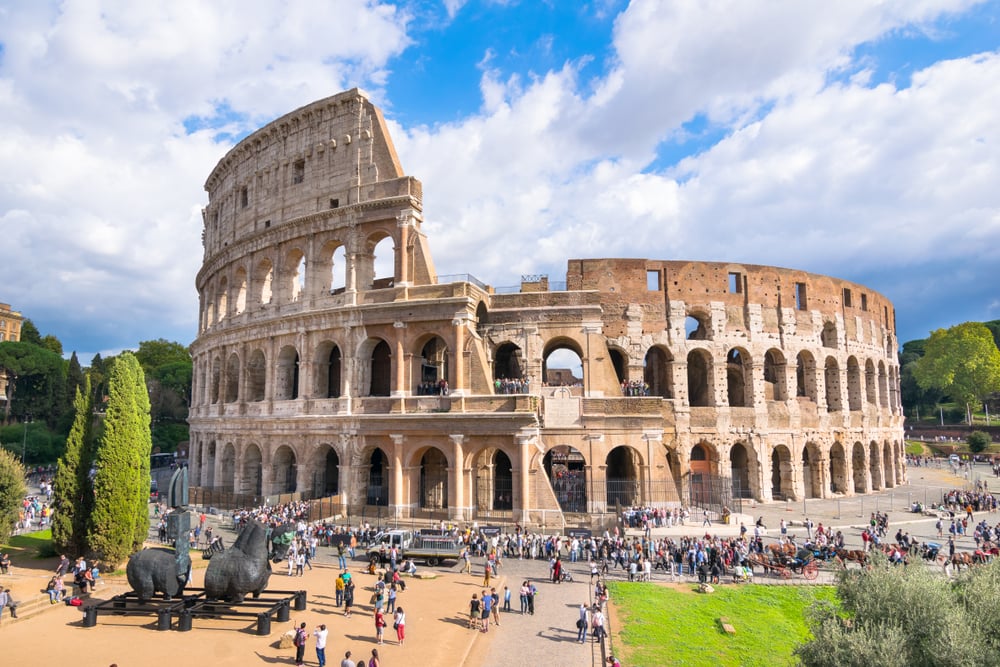 Located in Rome, Italy, the Colosseum is the largest amphitheater in the world, and is made of concrete and sand. It was built by the Flavian dynasty in 80 AD and could hold up to 5,000 spectators. It hosted events like gladiator fights and animal hunts. It was also used for mock naval activities, as water could actually be pumped inside the Colosseum! The Colosseum hunts actually led to the extinction of a few species, as this was a very popular event in Roman culture.

Built by the Mughal emperor, Shah Jahan, in memory of his third wife, Noor Jahan, the Taj Mahal is an epic symbol of love. Located in Agra, India, this beautiful monument is made of translucent white marble, jasper and crystal. Built in 1648 AD, this classic example of Mughal architectural brilliance took 16 years to build and the labor of more than 20,000 workers. It was rumored that the emperor cut off the hands of the workers so that a replica could never be made. 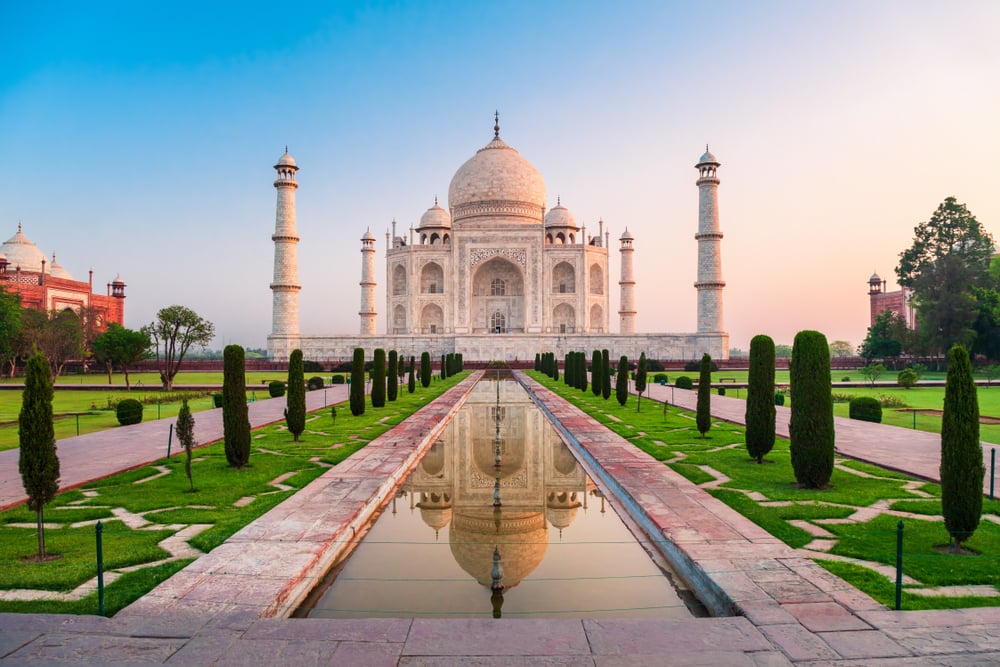 Apart from the seven finalists, are you curious to know what received honorable mentions? The Eiffel Tower, The Sydney Opera House, The Statue of Liberty, the city of Timbuktu, Moai of Easter Island, the Real city of Moscow and Stonehenge were all taken into consideration. The pyramid of Kheops in Egypt was considered as a wonder for both the ancient and modern world. While it did not win, it has been titled an ‘honorary wonder’.